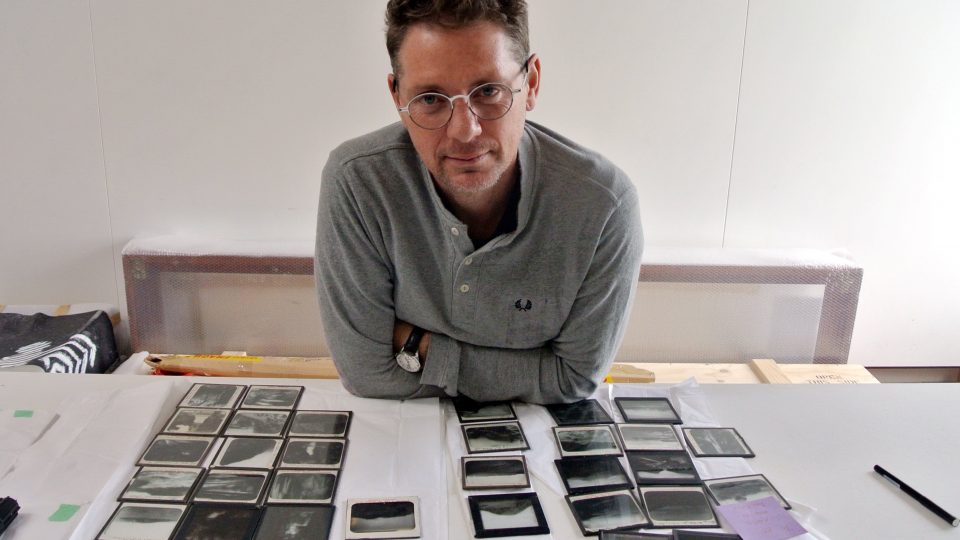 Kate Mills, Chairman of the Biennale of Sydney, said: “The artist is at the centre of our work at the Biennale of Sydney. We are therefore delighted to announce the appointment of one of Australia’s most distinguished artists, Brook Andrew, as Artistic Director of the 22nd Biennale of Sydney. He has consistently modelled national and global collaboration and the sharing of knowledge in both his artistic and exhibition-making practice.”

“The Biennale of Sydney offers an exciting geographical perspective for debate, controversy and cutting-edge discussions. As we collectively face an increasingly complex future, we are proud to celebrate the substantive, transformative creative practice of Brook Andrew as he imagines alternative visions for the future.”

Brook Andrew’s rich, research-based practice and museum and archival interventions have activated alternative histories and made forgotten stories visible in exhibitions at Museo Nacional Centro de Arte Reina Sofia, Madrid; Musée d’ethnographie de Genève, Geneva; Musée du quai Branly, Paris; and Van Abbemuseum, Eindhoven. In 2012, he curated the highly regarded exhibition, TABOO, at the Museum of Contemporary Art Australia. His distinguished 25-year career was recently recognised with a largescale, immersive exhibition at the National Gallery of Victoria, Australia. In 2017, Brook Andrew was awarded the prestigious Smithsonian Artist Research Fellowship (SARF) and he is presently concluding an ambitious, three-year-long Australian Research Council grant, Representation, Remembrance and the Memorial. This project responds to calls for a national memorial to Aboriginal loss during the Frontier Wars, a series of conflicts between Indigenous Australians and European settlers from 1788 to the 1930s.

Brook Andrew commented: “I am honoured to be appointed Artistic Director of the 22nd Biennale of Sydney in 2020. As Artistic Director, I am interested in shining a light on the active, stable and rich preexisting collaborations and connectivity of Indigenous and Edge cultures. I aim to work together with artists, collectives and communities, from Australia and around the globe, to reconfigure the world as we see it and reveal rich local and global rhizomes and unique individual cultural expressions in one place.”

Jo-Anne Birnie-Danzker commented: “The Biennale of Sydney plays an indispensable role in Australia’s engagement with the world, and a meaningful role in the life of the nation. In 2018, it attracted visitation of more than 850,000, the highest level in the Biennale’s 45-year history. Brook Andrew’s commitment to alternative narratives and new understandings of historical legacies will further strengthen the Biennale’s commitment to the rich, diverse communities it serves, nationally and globally.”

ABOUT BROOK ANDREW: Brook Andrew is an artist of the Wiradjuri Nation with Celtic ancestry. He has exhibited nationally and internationally since 1996, examining dominant narratives, specifically those relating to colonialism, placing Australia at the centre of a global inquisition. Drawing inspiration from vernacular objects and archives, his creative practice harnesses alternate narratives to assemble new understandings of historical legacies.

Brook Andrew travels internationally to work with communities and private and public collections to create large-scale immersive exhibitions. His aim is to present, experiment with and activate alternative narratives for interpreting the world, both individually and collectively, by expanding and re-framing history. For example, in 2014, he worked closely with the collections of the Museo Nacional Centro de Arte Reina Sofia, Museo de América and Museo Nacional de Antropología in Madrid for the exhibition Really Useful Knowledge curated by WHW at the Museo Nacional Centro de Arte Reina Sofia. He created a rigorous, immersive installation titled A Solid Memory of the Forgotten Plains of our Trash and Obsessions which reflected on Spanish, British and Australian history and colonialism.

Brook Andrew was awarded an inaugural Sidney Myer Creative Fellowship in 2011 and in 2017 was the recipient of a Smithsonian Artist Research Fellowship focusing on comparative frontier wars of the United States of America and Australia. In 2017, he was appointed Photography Residencies Laureate at the Musée du quai Branly, Paris, presenting new work that investigated the relationship between the colonial photographer and the sitter. He recently completed a year-long Australia Council International Residency at the Künstlerhaus Bethanien in Berlin where he reflected on the complexity of memory sites in Germany.

Current research projects include an international three-year Federal Government Australian Research Council grant Representation, Remembrance and the Monument. This project is designed to respond to calls for memorialisation of Australian Indigenous loss in Australia during Frontier Wars from 1788 to the 1930s. It will culminate in an international forum which will address how architects can work with local communities in addressing trauma and memory.

ABOUT THE BIENNALE OF SYDNEY: The Biennale of Sydney is the pre-eminent and longest-running biennial in the Asia Pacific region. Since its inception in 1973, it has provided a platform for art and ideas, showcasing the work of over 1,800 artists from more than 100 countries. Today it is considered one of the leading international art events, recognised for commissioning and presenting innovative, thought-provoking art from Australia and around the world.

21ST BIENNALE OF SYDNEY VISITATION STATISTICS: Since 1973, the Biennale of Sydney has provided a global platform for art and ideas and is recognised for commissioning and presenting innovative, thought-provoking art from Australia and around the world. The 21st Biennale of Sydney attracted visitation of more than 850,000 in 2018, the highest level in its 45-year history reaffirming its position as one of the most important contemporary art events around the world. Findings from independent audience research conducted by StollzNow Research: