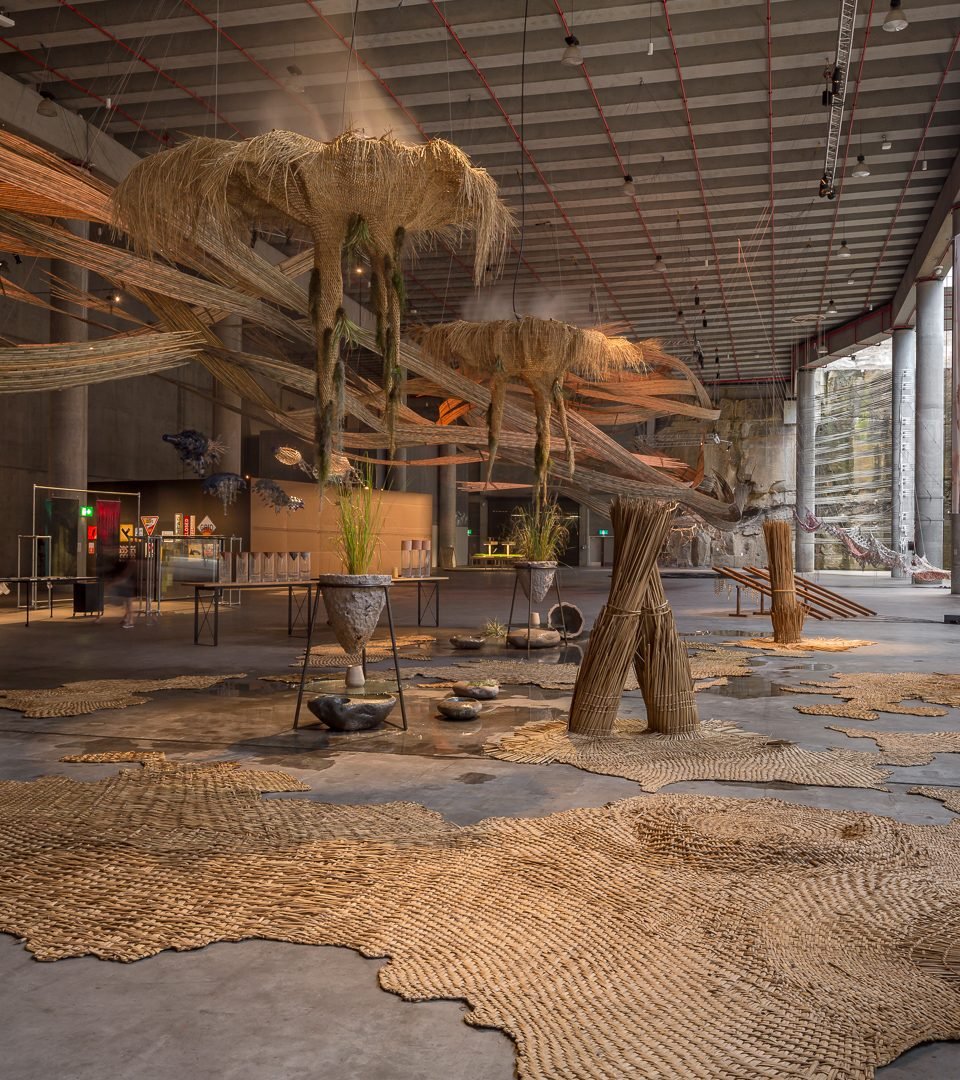 ‘The Biennale of Sydney plays an indispensable role in Australia’s engagement with the world and a meaningful role in the life of the nation. In 2018, it attracted visitation of more than 850,000, the highest level since its inception in 1973.’

The Biennale provides a platform for art and ideas and is recognised for commissioning and presenting innovative, thought-provoking art from Australia and around the globe.

The Biennale of Sydney acknowledges the Traditional Owners of Country, in particular the Gadigal people on whose land the Biennale of Sydney is located. We recognise their continuing connection to land, waters and culture and pay our respect to Elders, past, present and emerging.

The Biennale of Sydney is one of the leading international contemporary art events. It plays an indispensable role in Australia’s engagement with the world, and a meaningful role in the life of the nation. The Biennale presents the most dynamic contemporary art from around the globe in venues across Sydney with exhibitions that ignite and surprise people, sparking dialogue, cultivating connections and inspiring action through meaningful, shared arts experiences. The Biennale of Sydney amplifies the voices of artists and tell the stories of our global communities, as they drive momentum for lasting cultural change.

Established in 1973, it is the third oldest biennial in the world after Venice and São Paulo and the largest exhibition of its kind in Australia. The Biennale of Sydney has commissioned and presented exceptional works of art by more than 1,900 national and international artists from more than 130 countries.

Kate Mills (Chairman)
Kate Mills MAICD FIML is an experienced company director, commercial lawyer, policy adviser and consultant on corporate governance and strategy. Kate was a Founding Director of the Inner City Legal Centre Foundation, the Creative Music Fund, and a board member of the Refugee Advice & Casework Service. Kate is a member of international and national visual and performing arts institutions, and an avid collector.

Geoffrey Cassidy (Deputy Chairman)
Geoffrey Cassidy is an experienced arts administrator and expert in Australian and International Art. Presently the CEO of herringbone Fine Art Systems and Transport, He is a former Director of Sothebys Worldwide and the former Director of Artbank, The Federal Government Arts support initiative. As such he has broad experience in both the commercial and institutional aspects of the Art world. He believes in the relevance and importance of art to national identity, and specialises in art curation, advisory and arts management. In another life Geoffrey was also a supporting solicitor in the Queensland Native Title Unit, where he assisted on major litigation to determine the effect of pastoral leases on Aboriginal land rights.

Ruby Langton-Batty (Company Secretary)
Ruby Langton-Batty is a graduate of law (UNSW) in training to become a solicitor and currently working as a paralegal at the Paul Ramsay Foundation in Sydney. She has a Bachelor of Production Design from the Victorian College of the Arts and worked as a professional stage and screen designer prior to studying law. She has a diverse experience in editing, writing, research, entertainment and media with a passion for all forms of art. She was born in Alice Springs and is a descendant of the Bidjara and Yiman people in Central Queensland.

Matt Crocker
Matt Crocker is a leading public policy professional. As Policy Director for three NSW Premiers over the last decade, Matt has developed unique expertise in government, policy development and strategy. In the corporate sector, Matt was COO of health insurer Manchester Unity and has been a senior advisor on public policy and corporate reputation issues for Westpac. Matt now works on infrastructure project development at Plenary Group and is a strategic advisor at University of Technology Sydney, and a Director of the Sydney Institute of Marine Science.

Johanna Featherstone
Johanna Featherstone is the Founder and former Artistic Director of Red Room Poetry where she established a national poetry education program for schools and correctional centres in New South Wales. Her poetry has been featured in a range of journals and anthologies, and she is currently Director of the Oranges & Sardines Foundation and on the Belvoir board. Johanna is an honorary associate of the University of Sydney’s School Arts and Media and has judged a number of awards including the NSW Premier’s Literary Awards and JB Fairfax Award for Rural and Regional Journalism.

Anne Flanagan
Anne Flanagan, former deputy director of the Art Gallery of New South Wales, is one of Australia’s most respected art museum leaders. During her 23 years at AGNSW she was responsible for exhibitions and major capital project delivery including Yiribana gallery for Indigenous art, the Asian gallery expansion, John Kaldor Family Gallery and the masterplan for the Gallery expansion. She is a director of Bundanon Trust and a member of the project control group for Sydney Modern, AGNSW.

Evan Kaldor
Evan Kaldor is CEO of The Parent Brand, Australia’s leading digital media company focused on families from pregnancy to preschool. The Parent Brand produces written, video and audio content across the Babyology and Kinderling brands. Evan was the General Manager of FBi Radio, a non-profit community radio station in Sydney focused on supporting local bands and artists, and has a background in investment banking, where he worked for Merrill Lynch, Morgan Stanley and Grange Securities, both in Australia and the US.

Adelle Robinson
Adelle Robinson is a descendant of the Wiradjuri people and has over 20 years’ experience producing some of Australia’s largest music festivals including Field Day, Harbourlife, Shore Thing and Listen Out. Having worked across Australia’s most unique and sensitive venues Adelle has led the way for best practise in event management and event stakeholder liaison. As Chair and committee member of the Australian Festival Association Adelle has worked as member of the NSW Music Festivals Regulatory Round Table and she gave evidence at the 2019 Parliamentary Inquiry in Music Festival Regulation. Adelle is currently undertaking a Graduate Certificate of Wiradjuri Language Culture and Heritage through Charles Sturt University.

James Roth
James has over 30 years’ experience in accounting and finance working with Deutsche bank, UBS, Schroders and Arthur Andersen. He is a Director of Craig’s investment partners in New Zealand and is currently a patron of the Asian Australian Artist Association as well as a member of the Asian Art Archive.

Khaled Sabsabi
Khaled Sabsabi is an acclaimed contemporary artist who works across borders, cultures and disciplines. He has exhibited in over 80 solo and group exhibitions in Australia and internationally, showcasing his work in the 9th Shanghai Biennale (2012), Sharjah Biennial 11 (2013), 5th Marrakech Biennale (2014), 1st Yinchuan Biennale (2016), 3rd Kochi Muziris Biennale (2016) and Adelaide Biennial of Australian Art (2018). Sabsabi was awarded the Helen Lempriere Travelling Art Scholarship (2010), 60th Blake Prize (2011) and the NSW Government’s Western Sydney Arts Fellowship (2015). Sabsabi migrated from Tripoli, Lebanon to Australia as a child in 1977. He holds a Master of Fine Arts from the University of New South Wales.

Morry Schwartz AM
Morry Schwartz AM is the founder of Schwartz Media, publisher of the influential The Saturday Paper, The Monthly, and the Quarterly Essay. Morry began his publishing career at the age of 23, when he began Outback Press, publishing poetry and fiction. In a career spanning 40 years, Morry has built a reputation for publishing the highest quality journalism in the country, earning him a place in the Australian Magazine Award’s Hall of Fame in 2018.

Rachel Verghis
Rachel Verghis is a contemporary art patron, collector, entrepreneur and founder of VerghisArt, a platform focusing on artists from the Asia-Pacific region. Rachel is also a member of the Tate’s AsiaPacific Acquisitions Committee, the Australian Venice Biennale International Council, the Sherman Centre for Culture and Ideas, a patron of the Serpentine Gallery in London and soon to join the MCA Foundation Council.

Tea Uglow (Digital Advisor)
For over ten years, Tea Uglow has worked with various artists and cultural organisations, investigating the intersection between technology and the arts. She is currently creative director of Google Creative Lab in Sydney and in 2018, Tea was recognised as one of Australia’s #OUT50 LGBTQ Leaders by Deloitte. Tea has also served on the board for the Australasian Writers & Art Directors Association and the Design & Art Directors Guild.

Our People | 24th Biennale of Sydney

The Biennale of Sydney is an Equal Opportunity Employer. We value diversity in the workplace.

As a member of the Biennale’s Senior Management Team, the First Nations Curator will work with the Production team and external partners to successfully deliver the 24th Biennale of Sydney (2024) to the highest of international exhibition standards.

This is an Identified role under the Section 14d of the Anti-Discrimination Act 1977 and as such Aboriginality is an essential requirement of the role.

The Exhibitions Coordinator will work with the Production & Exhibitions team to successfully deliver the 24th Biennale of Sydney (2024) to the highest of international exhibition standards. This role will work across all aspects of exhibition planning and delivery including but not limited to administration and coordination of artist projects and travel, venue liaison, curatorial research and texts, artwork and exhibition production, exhibition scheduling and budgeting, installation and de-installation of artworks, and ensuring at all times the safe and highest-level presentation of artworks for the duration of the exhibition.

The Head of Communications is responsible for planning and delivering all communications initiatives including print, digital and social media; all marketing and merchandising initiatives; all publications and printed materials including exhibition collateral and, in collaboration with the communications agency, all media relations of the Biennale of Sydney.

The Executive Assistant provides efficient, professional and confidential executive support to the Chief Executive Officer of the Biennale of Sydney using a wide range of administrative skills to ensure that the office of the CEO is highly functional and responsive internally and externally. The role serves as the primary liaison to the Board of Directors and all internal and external constituencies on matters pertaining to the Chief Executive Officer. 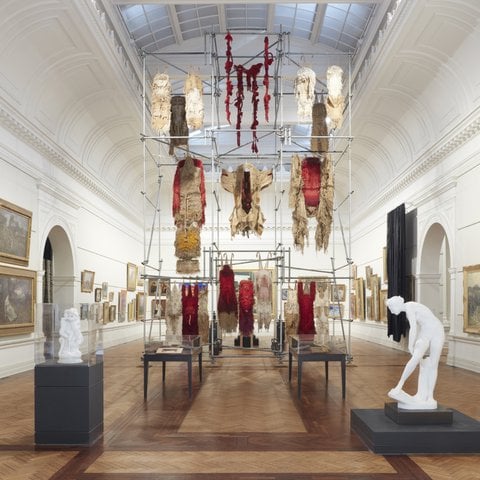 Under the artistic direction of acclaimed Indigenous Australian artist, Brook Andrew, the 22nd Biennale of Sydney, titled NIRIN, was an artist- and First Nations-led endeavour, presenting an expansive exhibition of contemporary art and events. 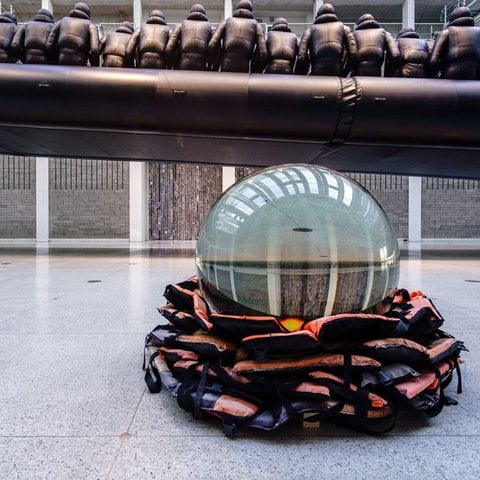 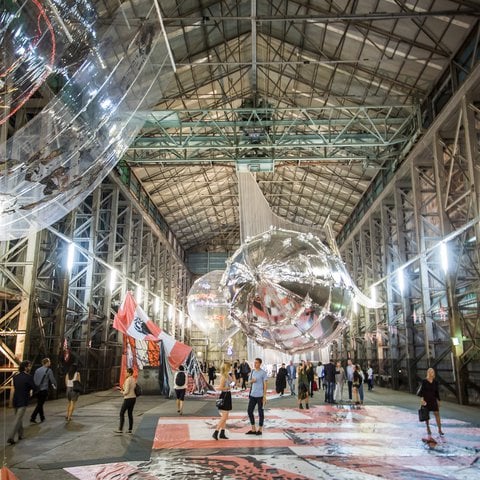 Curated by Stephanie Rosenthal, the 20th Biennale of Sydney, held from 18 March until 5 June 2016, featured more than 200 artworks by 83 artists and included 70% new commissions.