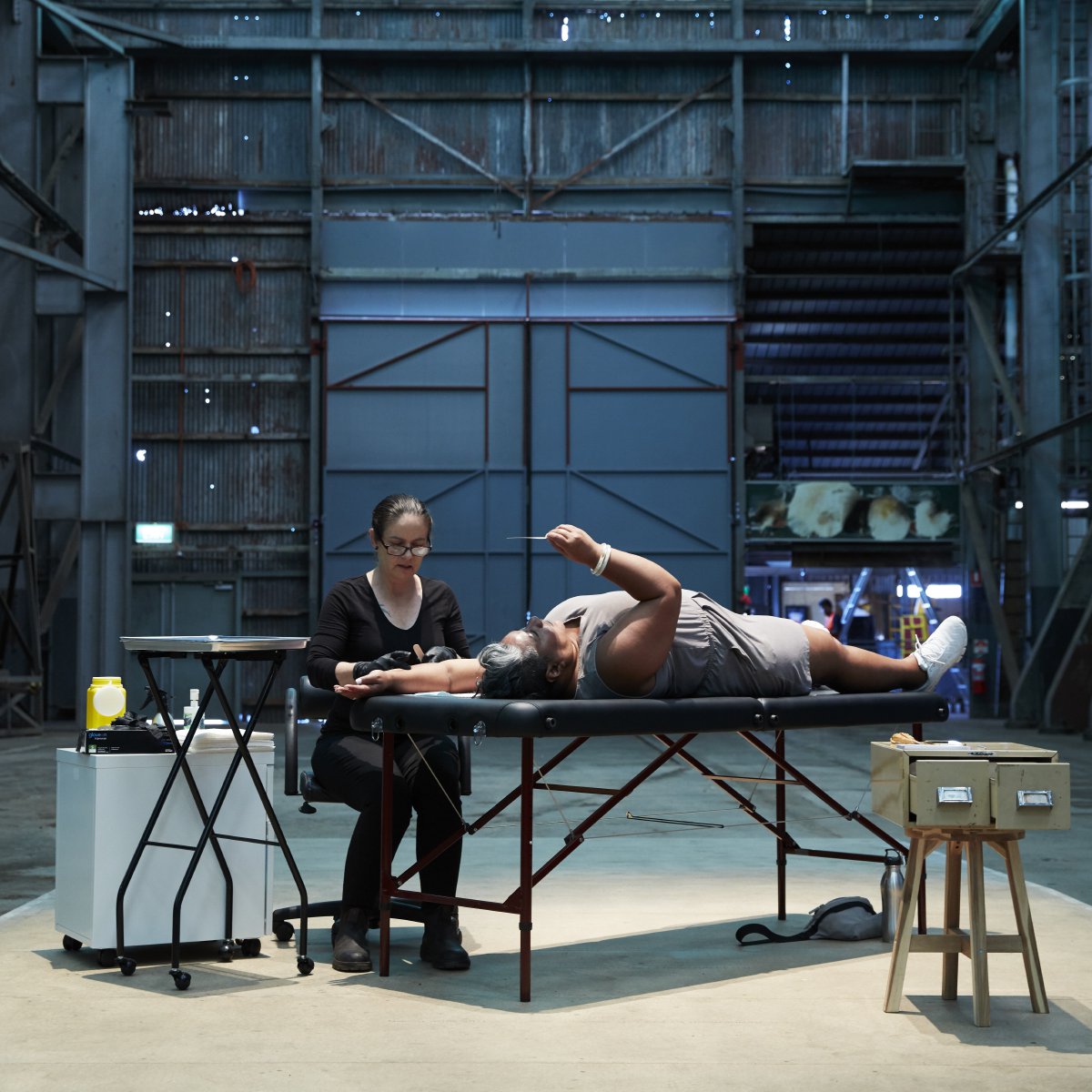 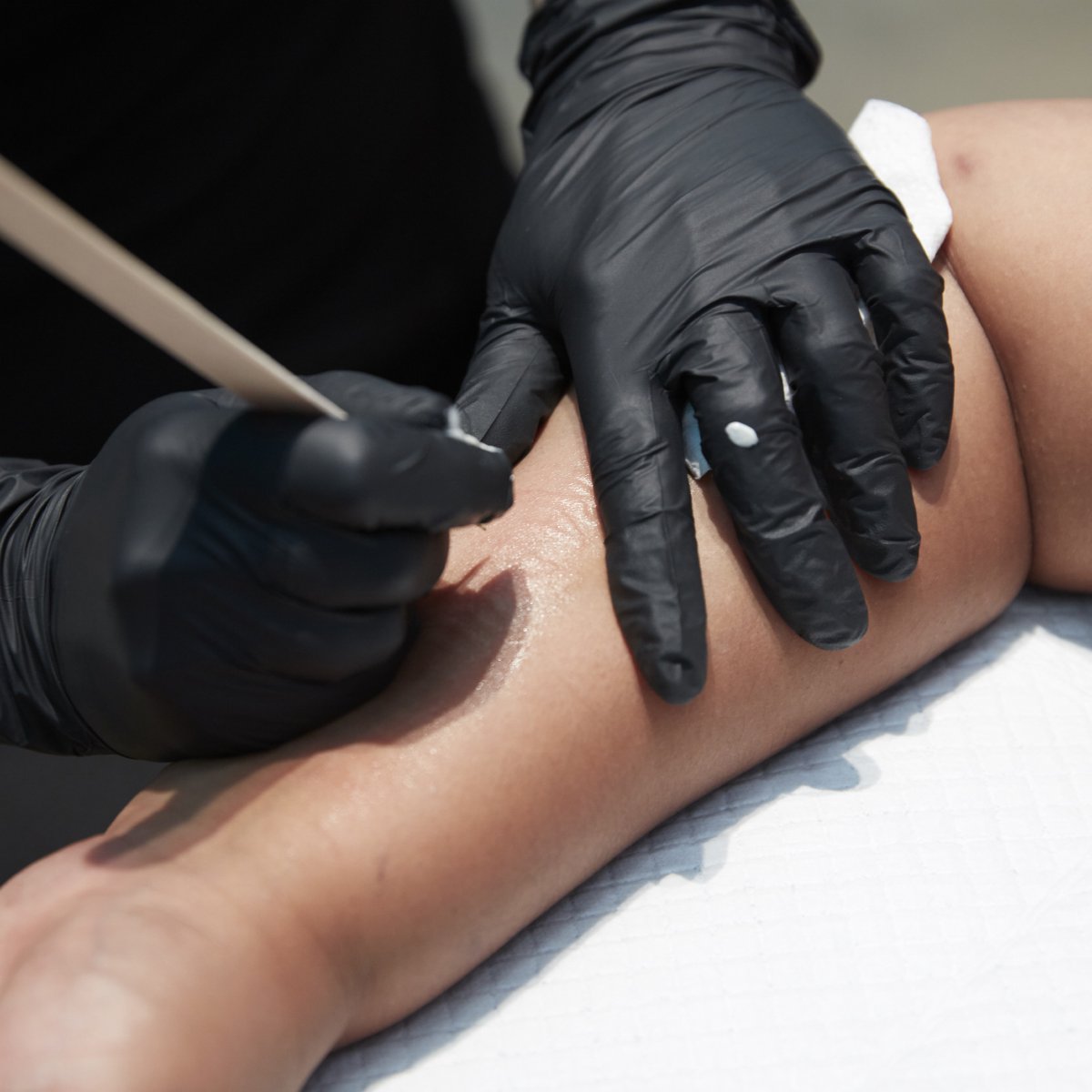 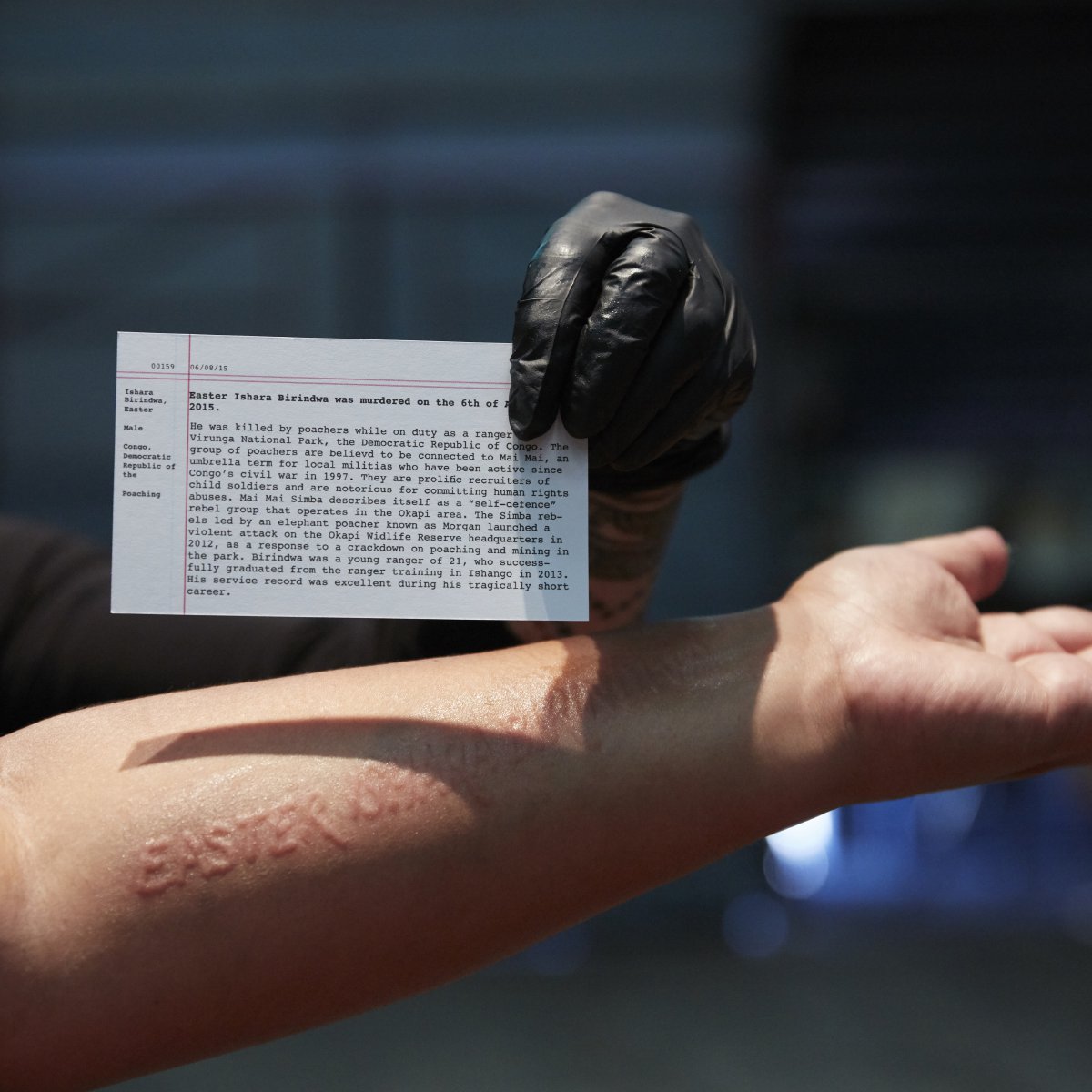 Born 1968 in Havana, Cuba
Lives and works in Havana and New York, USA

Tania Bruguera’s UNNAMED was a series of participatory performances where participants chose the name of a person murdered or assassinated for their actions protecting the environment. Local tattooist Lu, whose practice focuses on botanical interests, tattooed participants with an inkless needle. This invisible tattoo, like the people who have been murdered, disappears off the skin after a short time. The tattoo serves as a way to embody and remember the lives of these people. By marking the name of an individual killed through resource-related violence onto the body of another, the act of memorialisation becomes an intimate, person to person act, that seeks to personalise the ‘data’ that records this loss: approximately 751 people killed between 2015 and 2018, for actions interfering in state and company activities causing devastation to local environments. The human cost as part of this on-going ecocide is rarely acknowledged or openly discussed. UNNAMED is a means of marking each life individually and of viscerally registering this loss.

Tania Bruguera is an artist and activist whose performances and installations examine political power structures and their effect on society's most vulnerable people. Bruguera's long-term projects have been intensive interventions into the institutional structure of collective memory, education and politics.

Commissioned by Monash University Museum of Art | MUMA for presentation at the 22nd Biennale of Sydney. Courtesy the artist and Milani Gallery, Brisbane