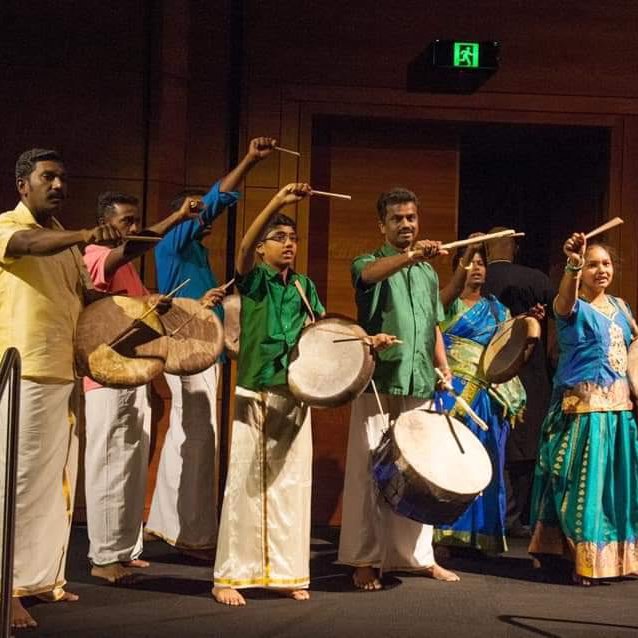 STARTTS is the New South Wales Service for the Treatment and Rehabilitation of Torture and Trauma Survivors. STARTTS is a specialist, non-profit organisation that for 30 years has provided culturally relevant psychological treatment and support, and community interventions, to help people and communities heal the scars of torture and refugee trauma, and to rebuild their lives in Australia. STARTTS also fosters a positive recovery environment through the provision of training to services, advocacy and policy work. Additionally, STARTTS organises programs to enable cultural production by refugee and emerging communities

Parai means ‘to announce’ in the Tamil language (one of the world’s classical languages) and is also the name of the drum. The parai was originally used to announce important events. After much decline over centuries, a renaissance is taking place in the use of the parai – across Tamil Nadu, India, Sri Lanka and its diaspora. Cutting across age, caste, gender, religious, regional and other social identities, parai is a form of social resistance and national pride. The root of the English word ‘pariah’ is located in this social milieu. In the past, parai drummers formed the formerly ‘untouchable’ pariah caste. During the colonial period, the word entered the English language to denote an outcast. For example, a pariah state (also called an international pariah or a global pariah) is a nation considered to be an outcast in the international community. For PARAI – YAH! inter-generational drummers from New South Wales, Western Australia, Queensland, Tasmania, South Australia and Victoria will gather for a monumental performance.