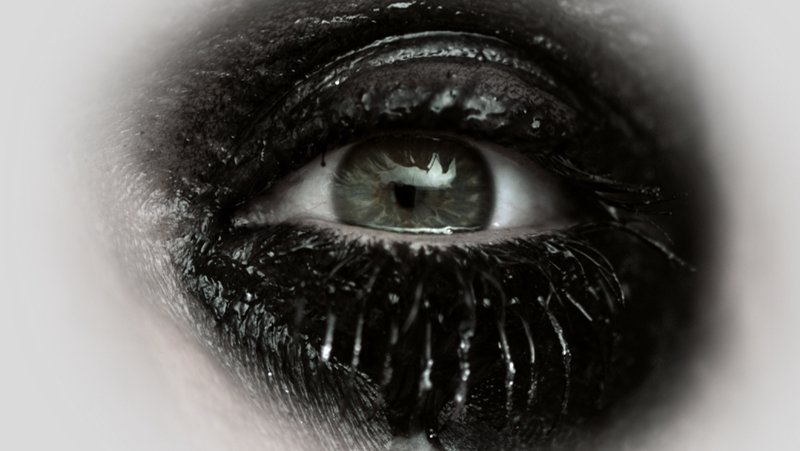 19th Biennale of Sydney (2014)
You Imagine What You Desire

You Imagine What You Desire, directed by Juliana Engberg, suggested that art is a form of active desiring – an amorous procedure capable of setting minds of both artists and audiences alight. The exhibition took place over seven venues, with each assigned a particular character. Cockatoo Island housed a fun-ride, ruins, a waterfall and a Danish village: a ‘wild, desiring place where a happy anarchy can take hold’. The ‘air/water’ venue, MCA, featured the imaginative and the surreal, and the ‘earth/fire’ space of the Art Gallery of NSW explored the diversity of human, geopolitical and cultural behaviour. Theatre and film were the focus of Carriageworks, which hosted Tacita Dean’s first live performance work. Artspace featured Ugo Rondinone’s installation of bronze birds, while, in the city, interventions by Bianca Hester and Eglė Budvytytė interrupted citygoers. A video walk by Janet Cardiff and George Bures Miller led audiences around The Rocks. Titled The City of Forking Paths, it remained in Sydney as the first City of Sydney legacy artwork. The Biennale concluded with Henrik Håkansson’s film and orchestral performance work, THE END, 2011/2014, at Pier 2/3. The later stages of preparations of the exhibition in February–March 2014 were marked by controversy and an artist boycott. Nine artists initially withdrew from the exhibition; seven would later agree to present their work. 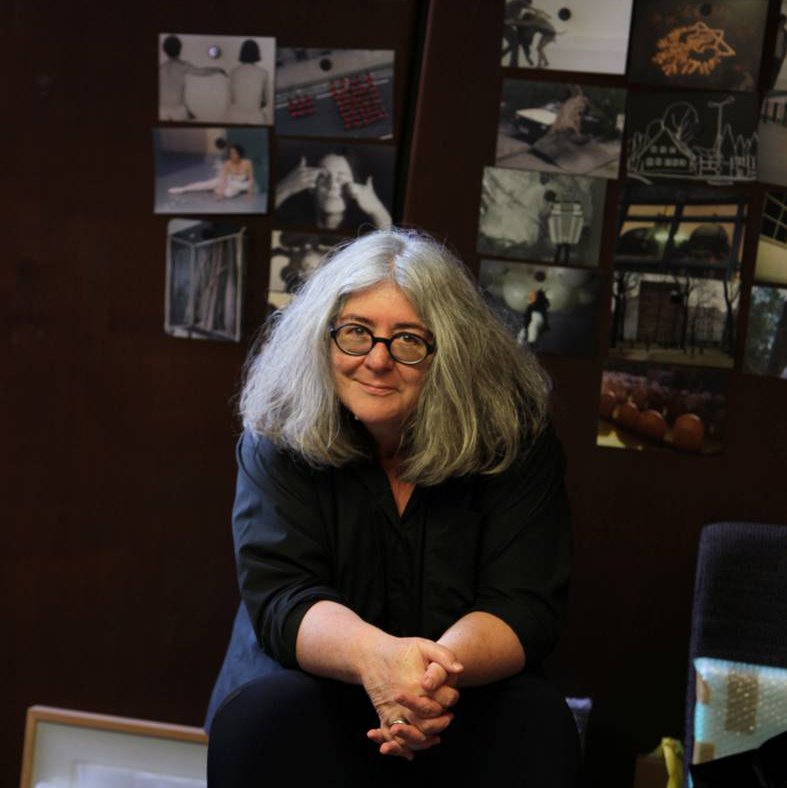 Juliana Engberg is a curator, writer, publisher and designer, and was the Artistic Director of ACCA (Australian Centre for Contemporary Art, Melbourne).

Engberg was Curator of the Melbourne Festival Visual Arts Program for seven years (2000–06), during which time she curated new projects by Tacita Dean, Martin Creed, Daniele Puppi, Callum Morton, Fiona Tan and Van Sowerine. In 2007, Engberg was the senior curatorial advisor for the Australian presentations at the Venice Biennale and recently inaugurated the ACCA POP-UP PROGRAM in Venice to coincide with the 54th Venice Biennale (2011). Engberg received the coveted Herald ‘ANGEL’ award for the visual arts programs she developed for The Edinburgh International Arts Festival 2009 and is the 2013 recipient of the Australia Council Visual Arts Laureate Medal, which honours ongoing outstanding contributions to the development of the Australian cultural sector.

Engberg is Adjunct Professor in Architecture, Design and Art at RMIT University, Professorial Fellow in the Faculty of Art, Design and Architecture at Monash University, and has been a Visiting Critic at the Glasgow School of Art, Scotland, and a visiting juror for the Rijksacademie in Amsterdam. A prolific writer and editor, she has produced over 1500 articles, essays and catalogues for local and international art journals, newspapers, catalogues, as well as contributing to conferences and forums, radio and television programs. 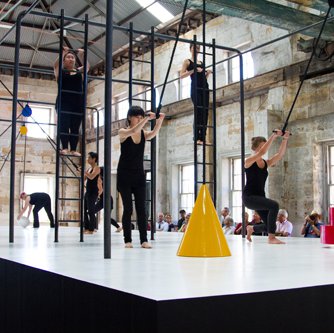 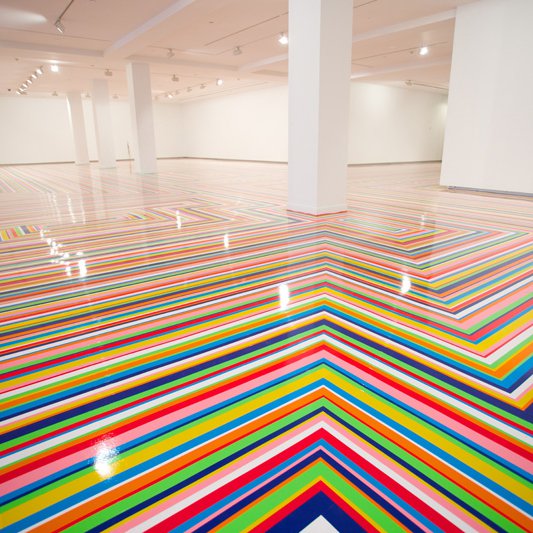 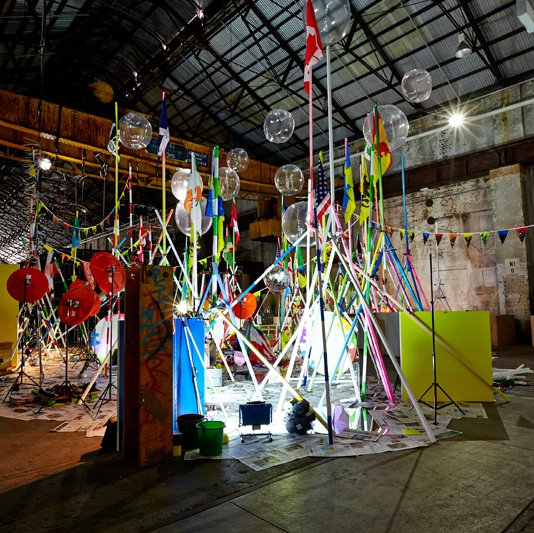 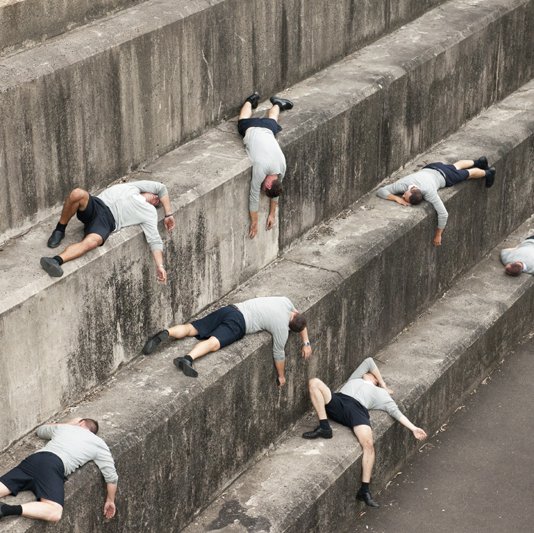 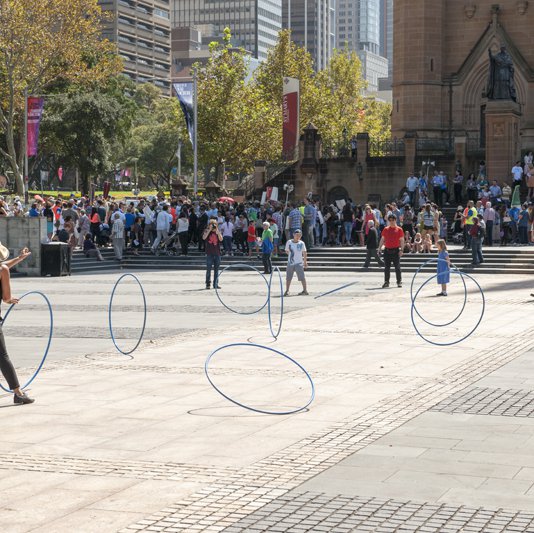 Bianca Hester, fashioning discontinuities, 2013–14. A multi-part project distributed across Sydney – involving various objects, propositions, interventions, sonic actions, recordings, material residues, and an installation that provisionally assembles some of these parts into relationship. The project will culminate in the production of a book published towards the conclusion of the Biennale. Dimensions of installation at Cockatoo Island: variable. Dimensions of the project as it is distributed across Sydney: variable according to situation. For details of various sites and actions, visit www.biancahester.net. Installation view of the 19th Biennale of Sydney (2014) at St Mary's Cathedral forecourt, Sydney. Courtesy the artist and Sarah Scout, Melbourne. Created for the 19th Biennale of Sydney. Photograph: Sebastian Kriete