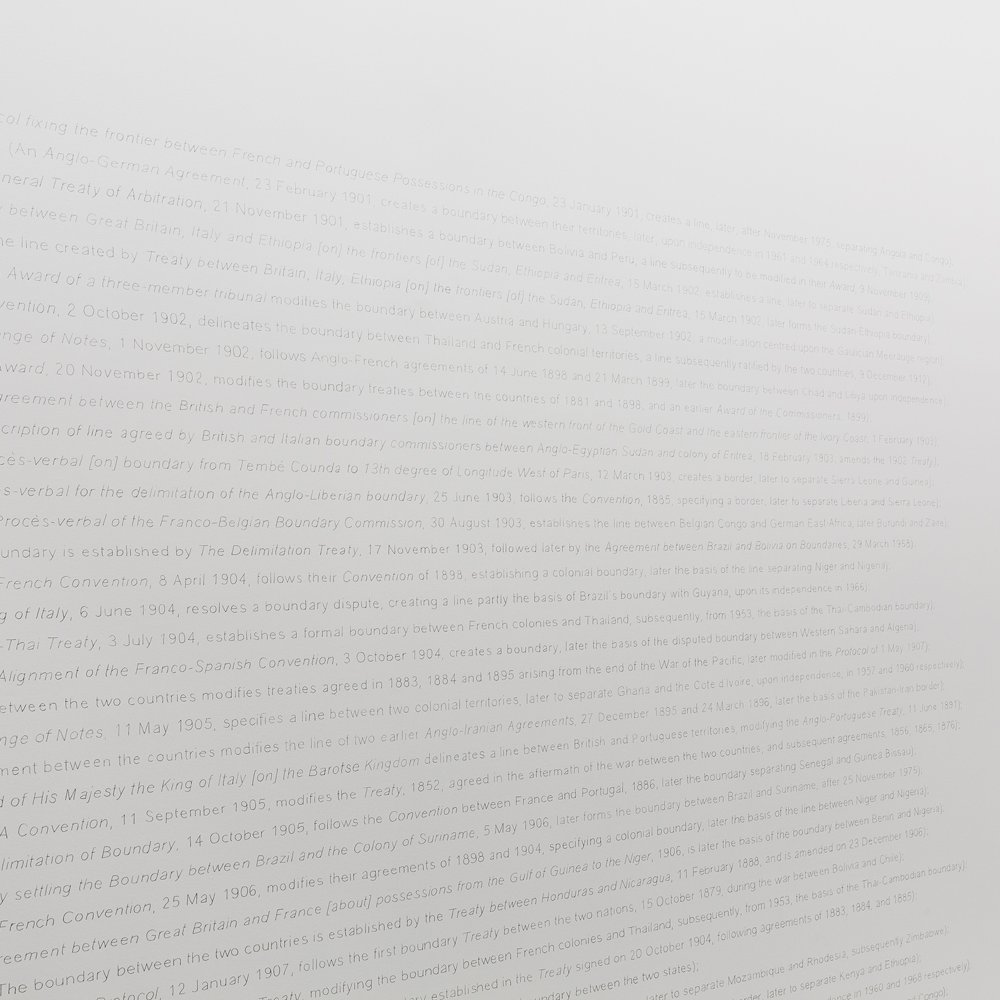 Tom Nicholson’s work is informed by his background in drawing, a medium which he has used to think about the relationships between public actions and their traces, between propositions and monuments, and between writing and images. He has made a number of works that engage with aspects of Australia’s colonial history, using combinations of drawings, monumental forms, and posters, often articulating these histories in relation to the histories of other places.

Belonging to the MCA Collection, Untitled wall drawing, 2009–18, is a chronological list, handwritten in pencil on the gallery wall, documenting instances of the creation of national boundaries since Australian Federation in 1901. Untitled wall drawing attends to some of the many trajectories of twentieth-century history, with a recurring focus on the narratives of colonisation that often govern boundary-making and continue to shape the contemporary world. Influenced by the work of artists such as Ian Burn, Mel Ramsden and Jenny Holzer, and the films of Claude Lanzmann, Nicholson’s work also takes inspiration from art history, politics and theology. The text of Untitled wall drawing has been the basis of several collaborative performance works with the Australian composer Andrew Byrne.

Nicholson has described Untitled wall drawing as ‘an attempt to address how words bear memory: the slowness of words (as they accumulate in us as we accumulate their meanings), their economy (the capacity of words to describe across vast stretches of time and space), and a kind of withdrawal (where words would describe a dispassionate even bureaucratic relation to the world they name). Mostly, though, the words in this Untitled wall drawing were conceived through drawing, and more specifically through their shared constituent element, the line. The work evolved through drawing, the way drawings mark duration, and in the attempt to give a form to something that cannot be shown.’