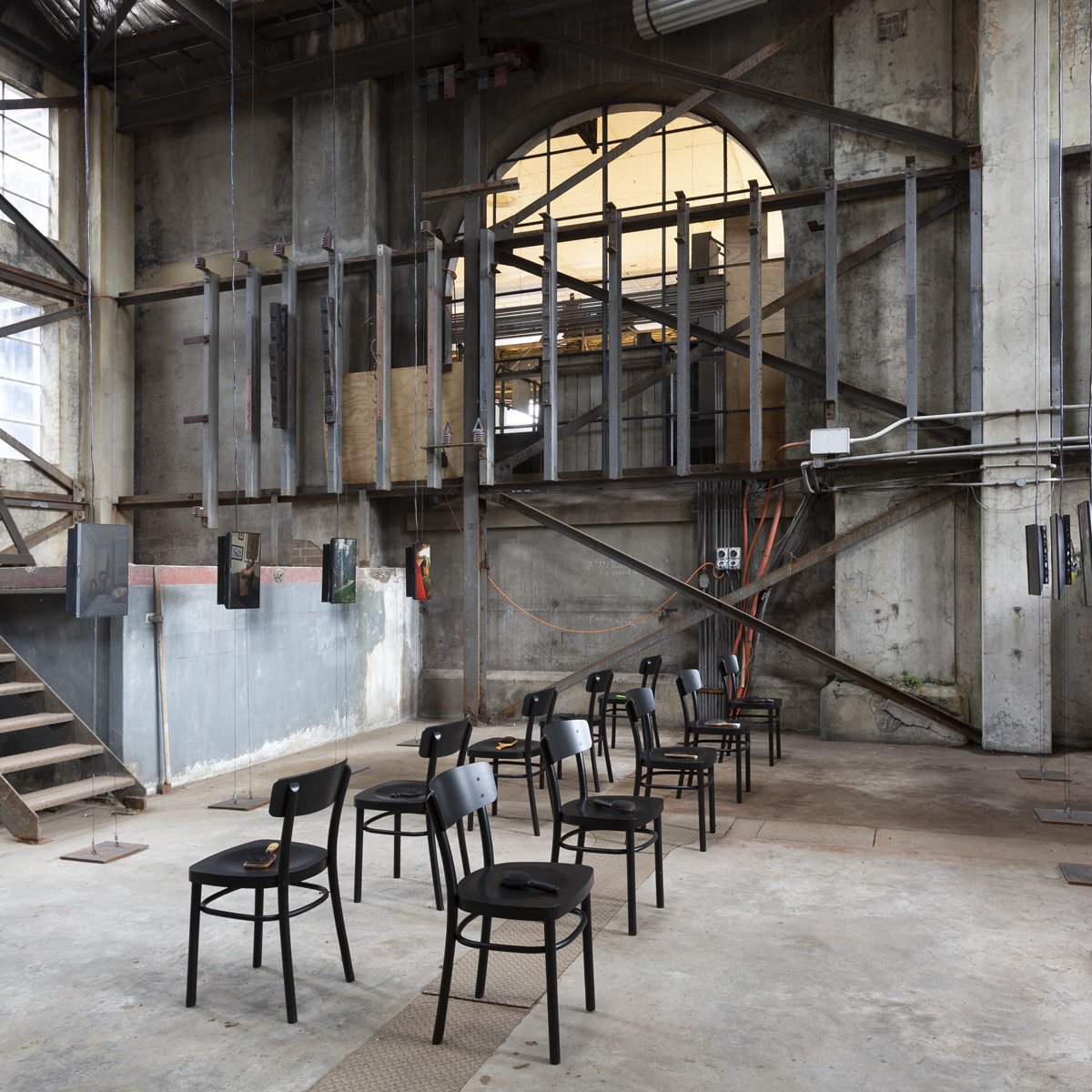 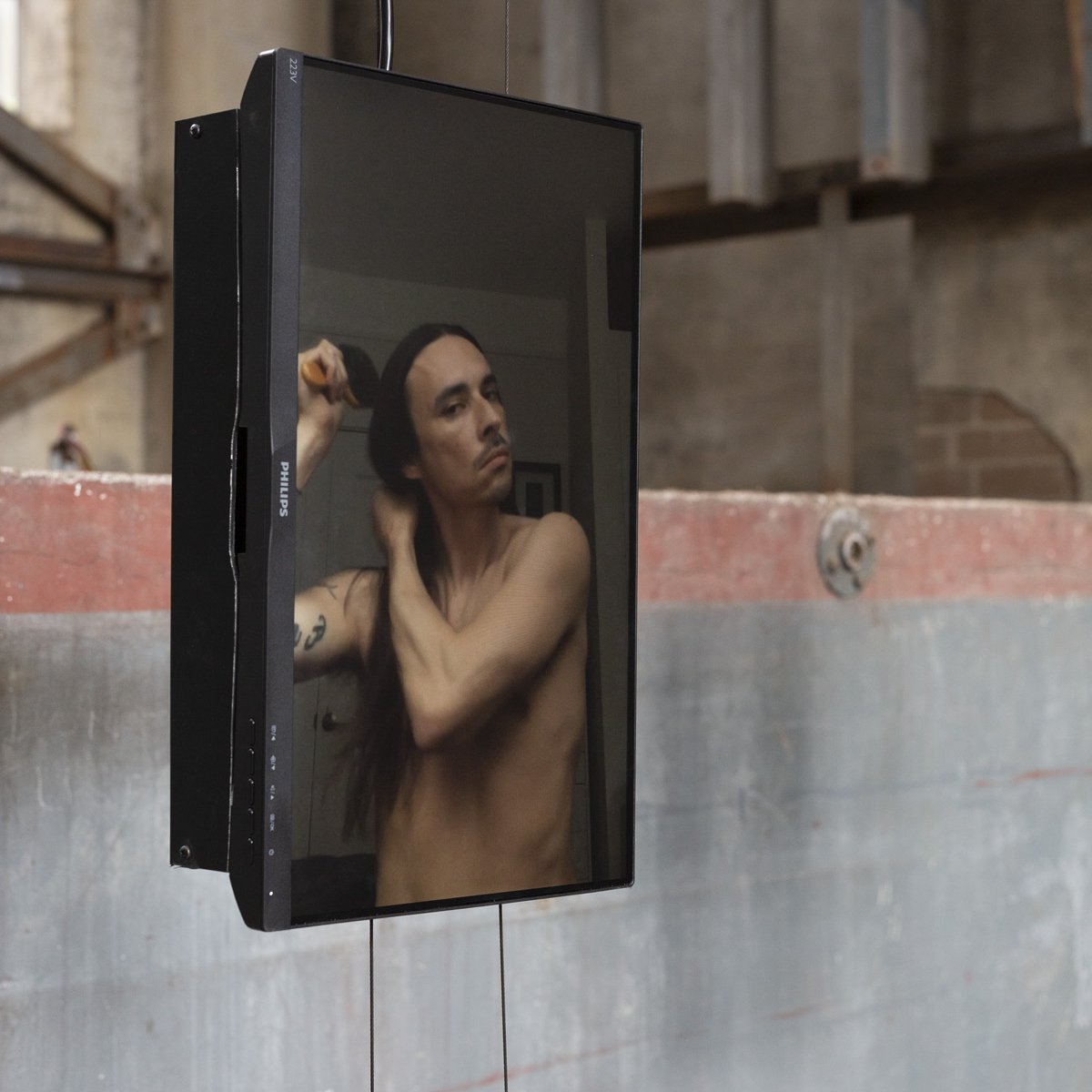 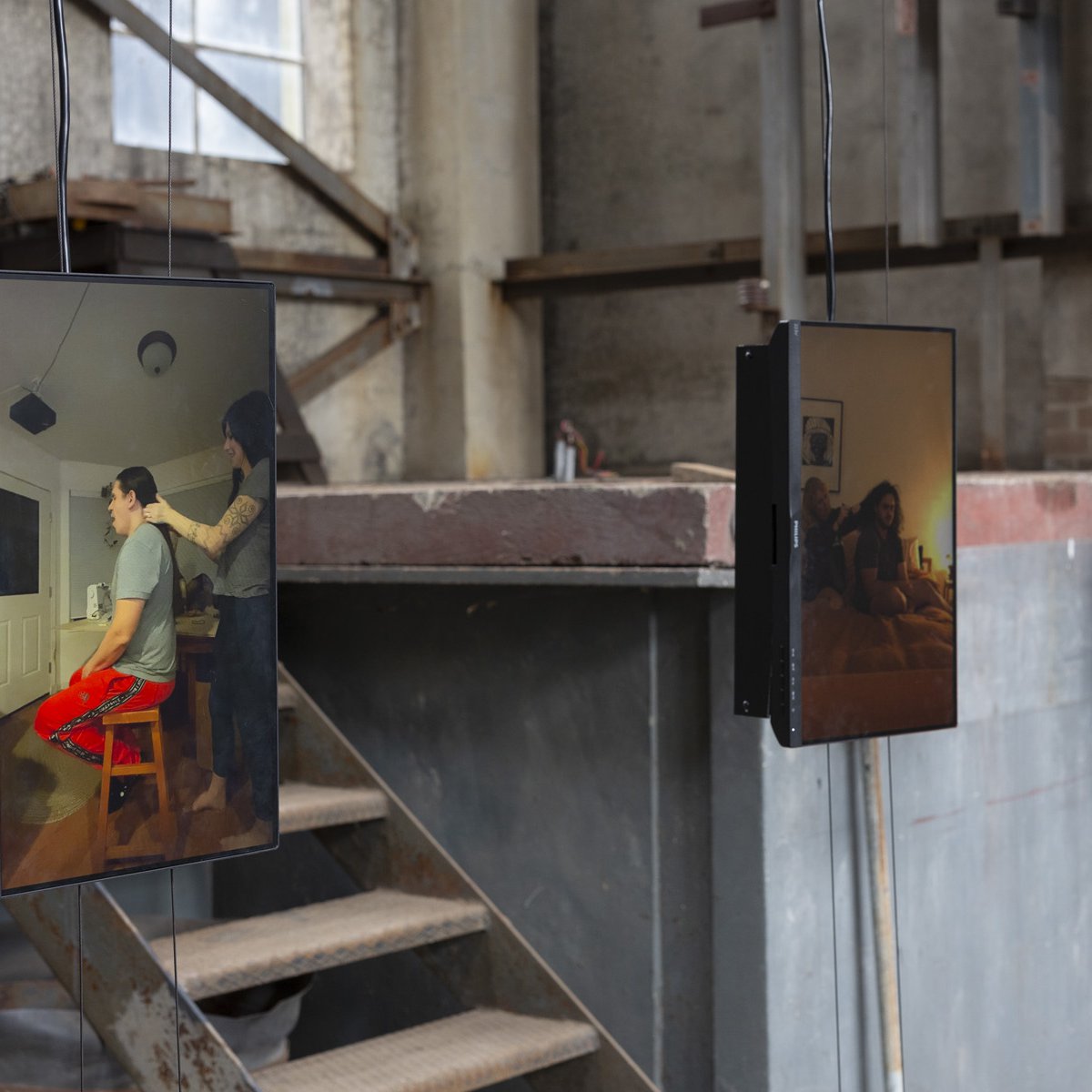 Hair is one of the first parts of our bodies to be removed—cut—by colonizers. In a way, this act of wounding, of laceration, is a prerequisite for assimilation.

I often wonder: Where did all that hair go? Returned to the earth, in the nest of a bird, lost in the desert? Held in museum basements, tagged and numbered?

To focus on Indigenous hair is thus to home in on a locus of interpellation by colonial eyes. For so long Indigenous hair has been fetishized, imagined as a source of exotic power that is at once desired and feared. At times it marks us as instantly legible to outsiders, and at others it makes us incomprehensible.

We, for whom hair is not just hair, but an extension of self-in-community, a form of grounding and relating to our ancestors, know all too well the power of our hair to inspire fear, jealousy, and confusion in those who cannot fathom its logics.

For this they sent (and still send) us to boarding schools, missions, children’s homes, concentration camps, border detention facilities. First step: cut the hair. “Kill the Indian, save the man,” begins with a pair of scissors.

Our hair is racialized and dangerous. Unruly, long, undisciplined hair in men and masculine people is seen as a symbol of our savagery.

To entrust one’s hair to another is not so much a demonstration of care, which it is, but an extension of the body towards another, a becoming-multiple, a sharing of ancestral relation that centers the body as a site of historical negotiation.

Become part of me. Become future with me.

“Will you brush my hair?” This is an act of ontological nourishment, an intimate reminder of our mutual responsibilities, and of our tremulous belongings-to-one-another.

In Magna Mater, 12 Indigenous men, masculine spectrum, or assigned male at birth with whom Norman is in kinship commit to having their hair brushed 100 strokes each day over the course of the same moon cycle. This action is performed by a caregiver from the subject’s community or family. When needed, the subject can also perform the action alone or in communion with the ancestors. This process is documented by the subjects on their phones. Over time, the brushes used by each participant will accumulate strands of hair and will later be displayed along with the composite video documentation. In contradistinction with most anthropological or museum praxis, the hair left on each brush is acquired through a process of care, rather than an act of violence.

Through this process Norman’s work does not put the subjects’ vulnerability on display, but rather empowers each participant to frame, stage, and reveal only those parts, those histories, that they wish to share. The durational performance marks a shared relationality across time and space; a queering of normative temporality and embodiment through tactile proximities.

These shared intimacies cross colonial divisions of scale, vibrating, calling to resonance. Some would call this, simply, survival. But this work also presents the ancestral concatenation of our bodies in quotidian vulnerability.

For Magna Mater, S.J Norman invited 12 Indigenous people who identify as men, are on the masculine spectrum, or were assigned male at birth, and with whom Norman is in kinship, to document themselves having their hair brushed, 100 strokes each day, over the course of the same moon cycle, by a caregiver or caregivers from their family or community. The hairbrushes used for these actions, with strands of hair collected over time, are displayed on chairs facing the films of the performers, evoking a multiple presence and resonance of the original processes. The footage was taken by the performers on their personal smartphones. The work inverts a museological and anthropological fascination with Indigenous bodies by centring acts of consensual intimacy and care between people, and by connecting Indigenous people through a shared performance across time and space.

S.J Norman is a cross-disciplinary artist and writer. He is a non-binary transmasculine person and a diasporic Koori of Wiradjuri descent, born on Gadigal land. Norman's work centres the corporeal and the inter-corporeal: he inhabits and disrupts the prevailing vocabularies of performance as a queer/ed Indigenous body, addressing that body as both site and material. He utilises ephemeral, process-based and long-durational practices as a means of antagonising the prevailing economies of colonial spectatorship and capital value, as well as a means to excavate and elevate embodied knowledges.

Commissioned by the Biennale of Sydney with generous support from John Wardle Architects and assistance from Australia Council for the Arts.