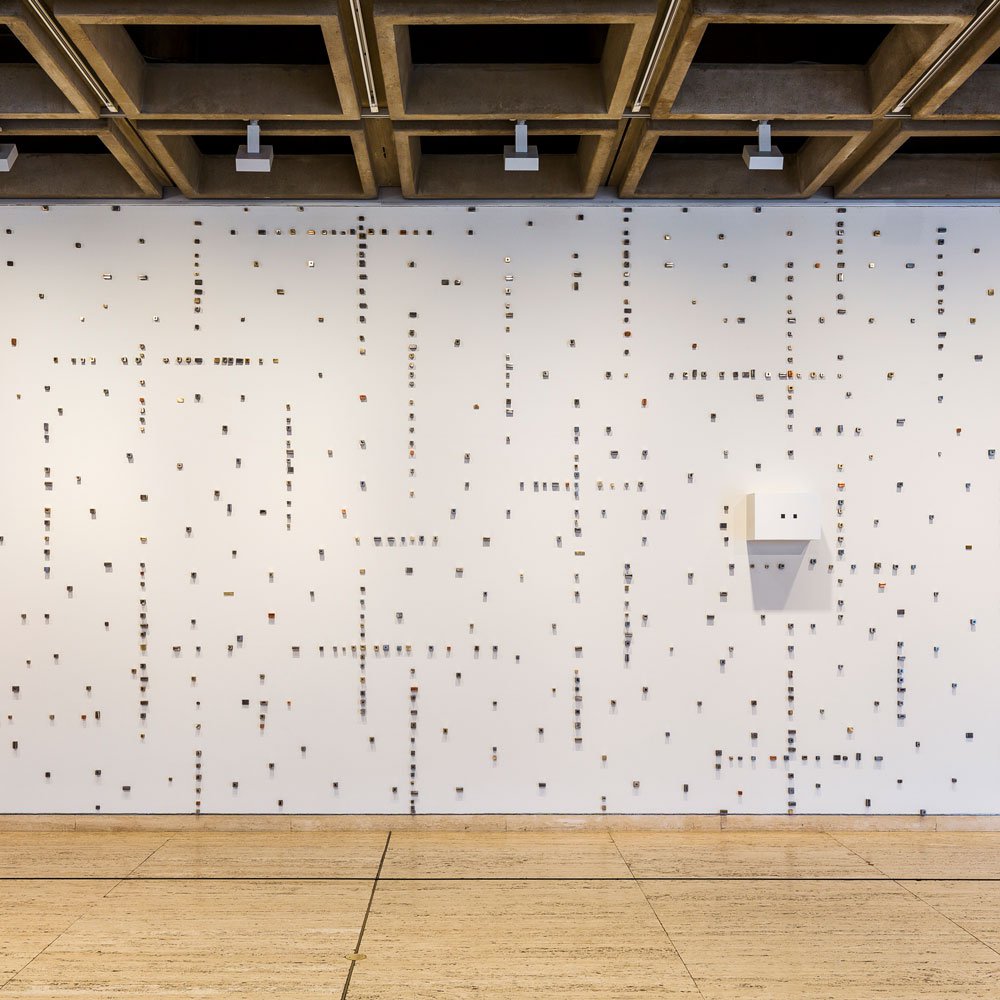 Prabhavathi Meppayil’s practice is inspired by an appreciation of the simplicity and purity of objects and materials. Drawing on her family’s long history working as goldsmiths in Bangalore, Meppayil often reinterprets and repurposes traditional techniques, tools and resources in her work. Displacing the intended use of particular materials or objects, Meppayil realigns them with postwar minimalist art to examine modernist notions of abstraction, juxtaposed with artistry, craft and tradition.

Through the use of repetition, a reduced colour palette, and the employment of simple forms, shapes and materials, Meppayil creates deceptively austere works that belie the painstaking, labour-intensive processes involved in their production. The artist works predominantly on wooden panels and uses gesso, a preparatory medium comprising a binder mixed with chalk or gypsum that is used to ready canvases for painting, as a primary material. Meppayil builds up an accumulation of up to fifteen layers of gesso, allowing each coat several hours to dry between applications. Once she has achieved the desired thickness, Meppayil interrupts the surface in different ways, in some instances using a thinnam, a delicate tool used in goldsmithing to mark or stamp a metal surface, to create a series of repetitious marks.

The use of traditional tools which are essentially geometric in form is the focal point of Meppayil’s large-scale installation at the Art Gallery of New South Wales. sb/eighteen, 2018, consists of gesso and 875 found iron, copper and brass tools, conventionally used by goldsmiths in the application of their craft, carefully assembled on a wall with a pristine white surface. The individual objects are deliberately arranged in a pattern suggesting a low-relief grid, alluding to postwar abstraction and minimalist art where geometric structures were often used to facilitate non-hierarchical methods of organisation. By taking objects that are commonly used in the process of artisanal manufacture and presenting them as aesthetic, sculptural forms, Meppayil liberates the implements from their intended use, while also retaining vestiges of their individual histories.