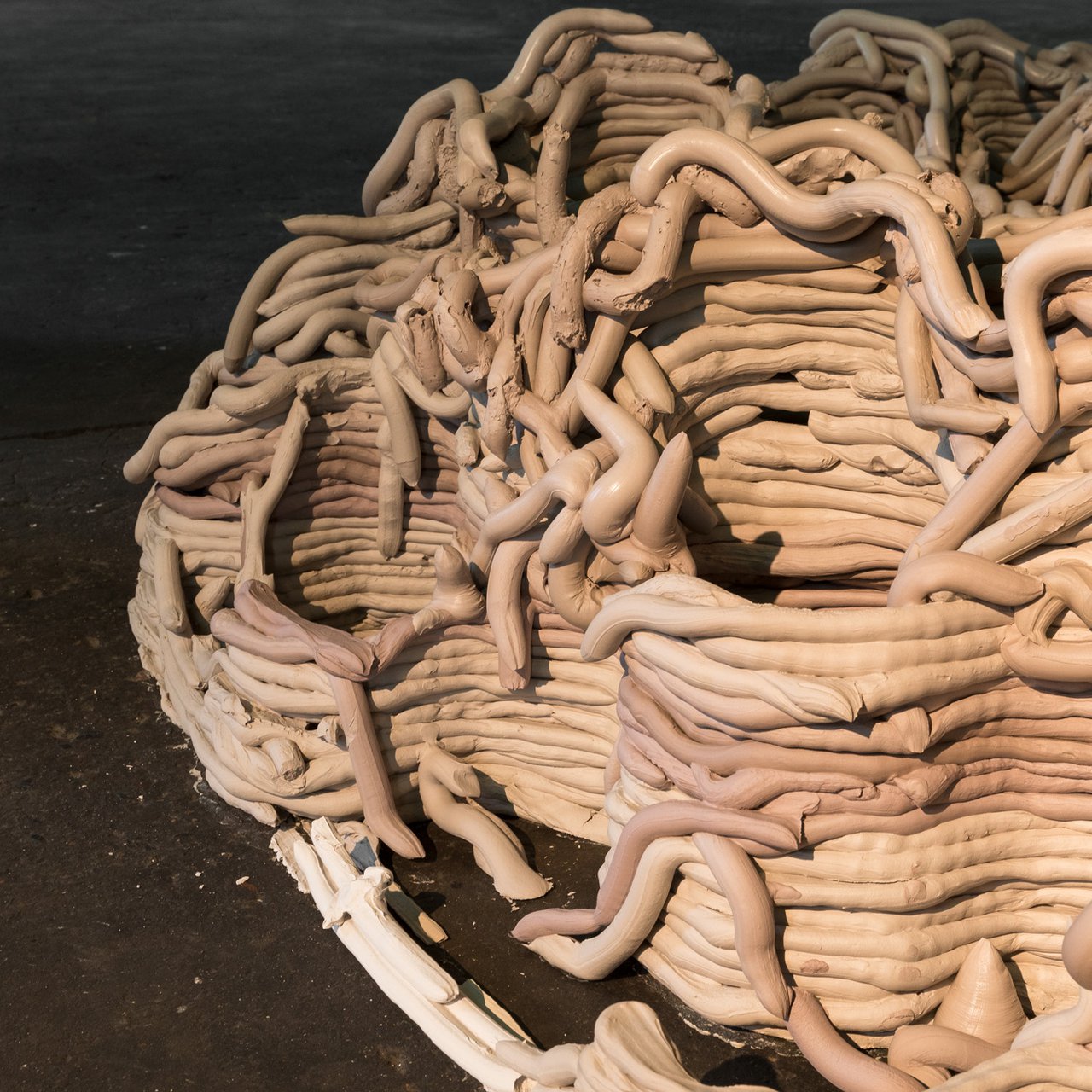 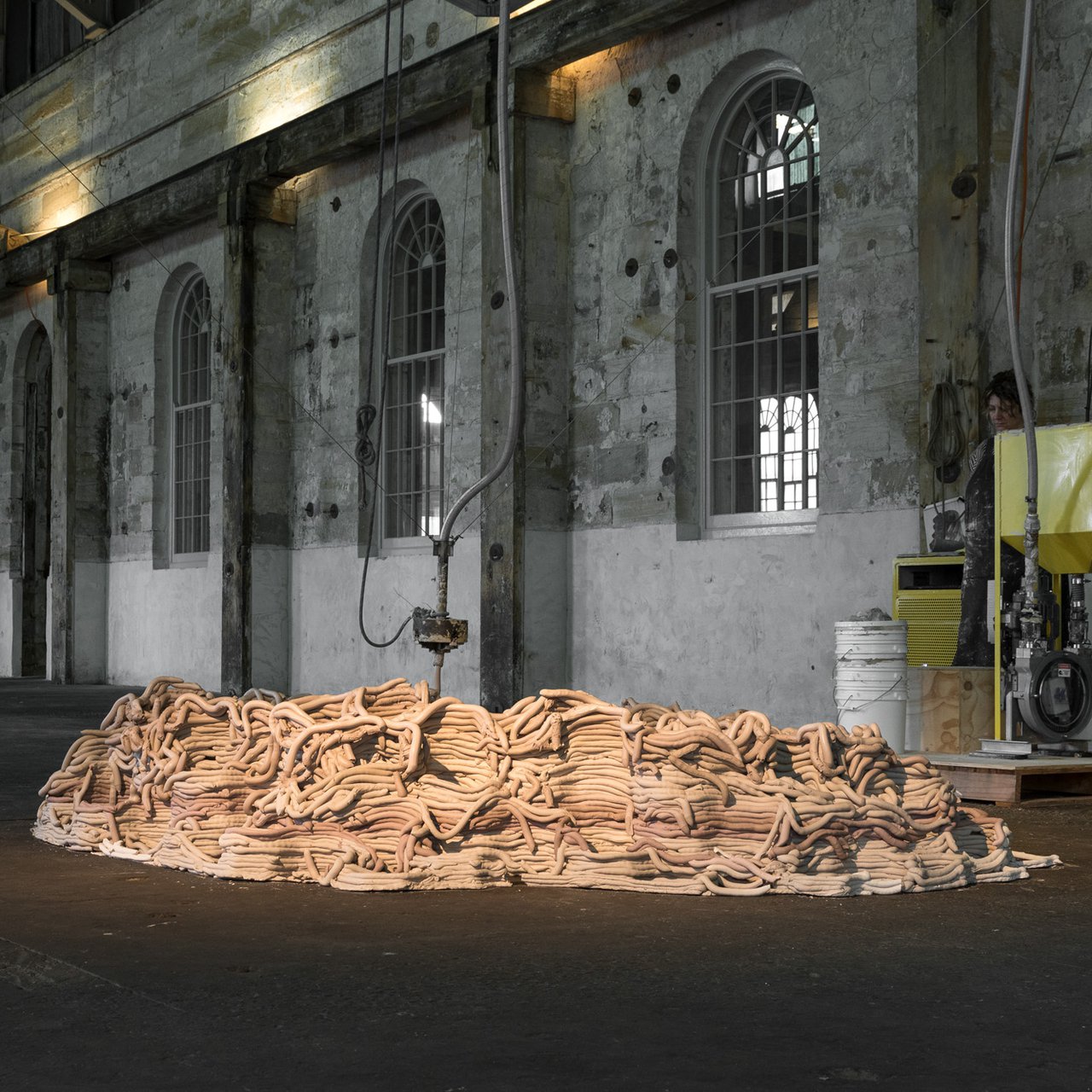 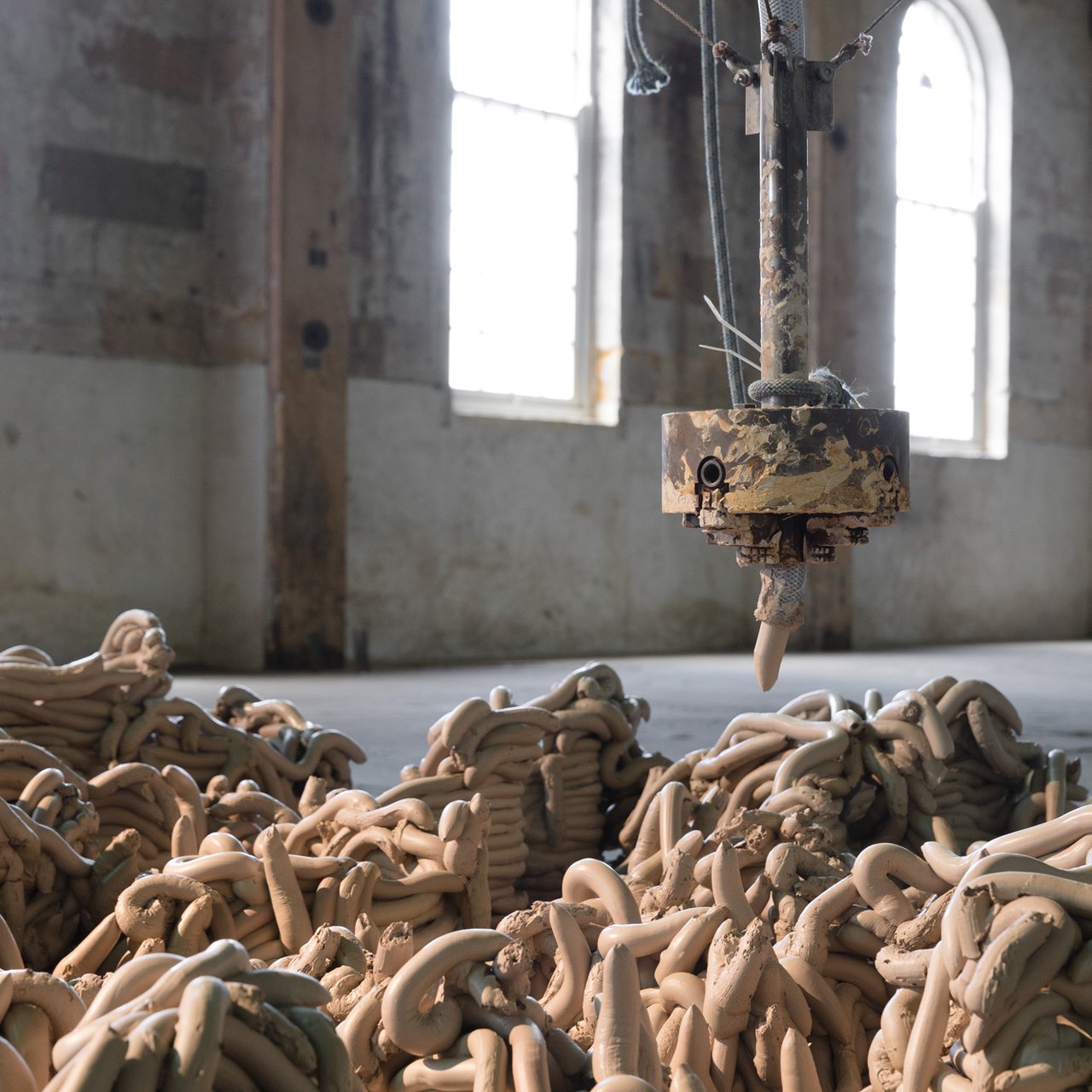 Anya Gallaccio is well known for her ephemeral, site-specific installations; temporary works that often comprise materials informed by local industries and economies such as flowers, dirt, chocolate and ice. Providing vivid, sensorial experiences of the natural processes of transformation and decay, Gallaccio allows materials to dictate the ultimate form of an artwork, despite aesthetic or conceptual implications. On the unpredictability and autonomy of materials, Gallaccio has said: ‘While I can anticipate what a material may do – and how it could or should respond – I have no expectations about how it actually will perform. Often form becomes disorder; the material asserting control.’ From this arises questions of authorship and material agency, asserting the capacity for materials to surpass the hand of the artist.

In works such as preserve ‘beauty’, 1991–2003, an installation composed of hundreds (sometimes thousands) of red gerberas arranged on panels and pressed behind glass, Gallaccio explores the idea of relinquishing control in relation to natural phenomena. Beautiful Minds, 2015–18, applies a similar logic, with technology rather than nature serving as the self-determining force. Situated in the Industrial Precinct at Cockatoo Island, the installation involves a giant 3D printer suspended from the pre-existing gantry remaining from the Island’s ship-building past. The printer is loaded with clay that is discharged to print a scale-model of an existing mountainscape – Devil’s Tower, also known as Bear Lodge Butte, in Wyoming. Named the first United States National Monument by President Theodore Roosevelt, there is much uncertainty surrounding the formation of the geological site, with speculation suggesting that the Tower was a volcanic plug or the neck of an extinct volcano.

The eventual clay form is dictated by the programmed printer; as an insentient machine, it is unconcerned with the outcome. In this way, Gallaccio removes the influence of subjective judgement – the only variables at play result from the materiality of the clay and conditions of the printing environment. Building up the sedimentary ‘rock’ layer by layer, the machine accelerates a geological process that usually takes millions of years. Seeing the mechanised process as a form of drawing rather than sculpture-making, Gallaccio rethinks our understanding of natural processes in light of technological advancements.

This version was created for the Biennale of Sydney with generous assistance from DETACHED, Hobart and the British Council