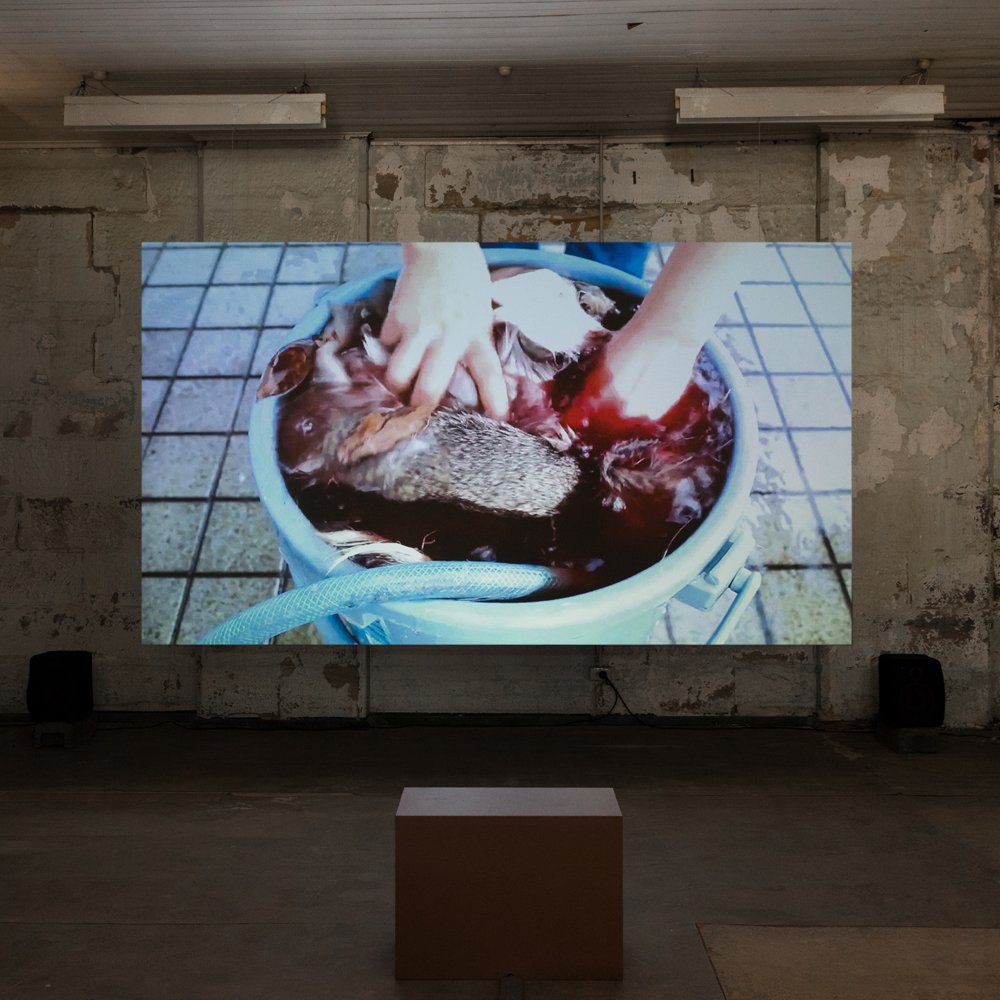 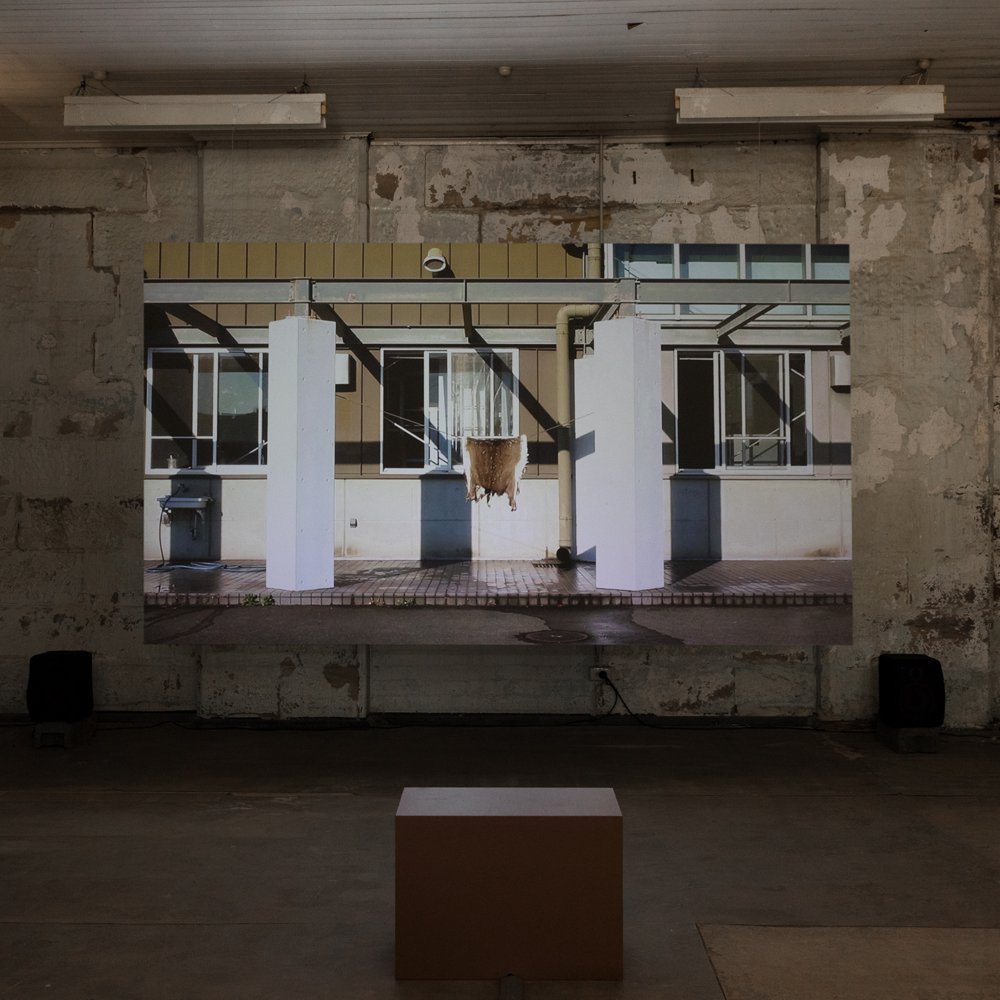 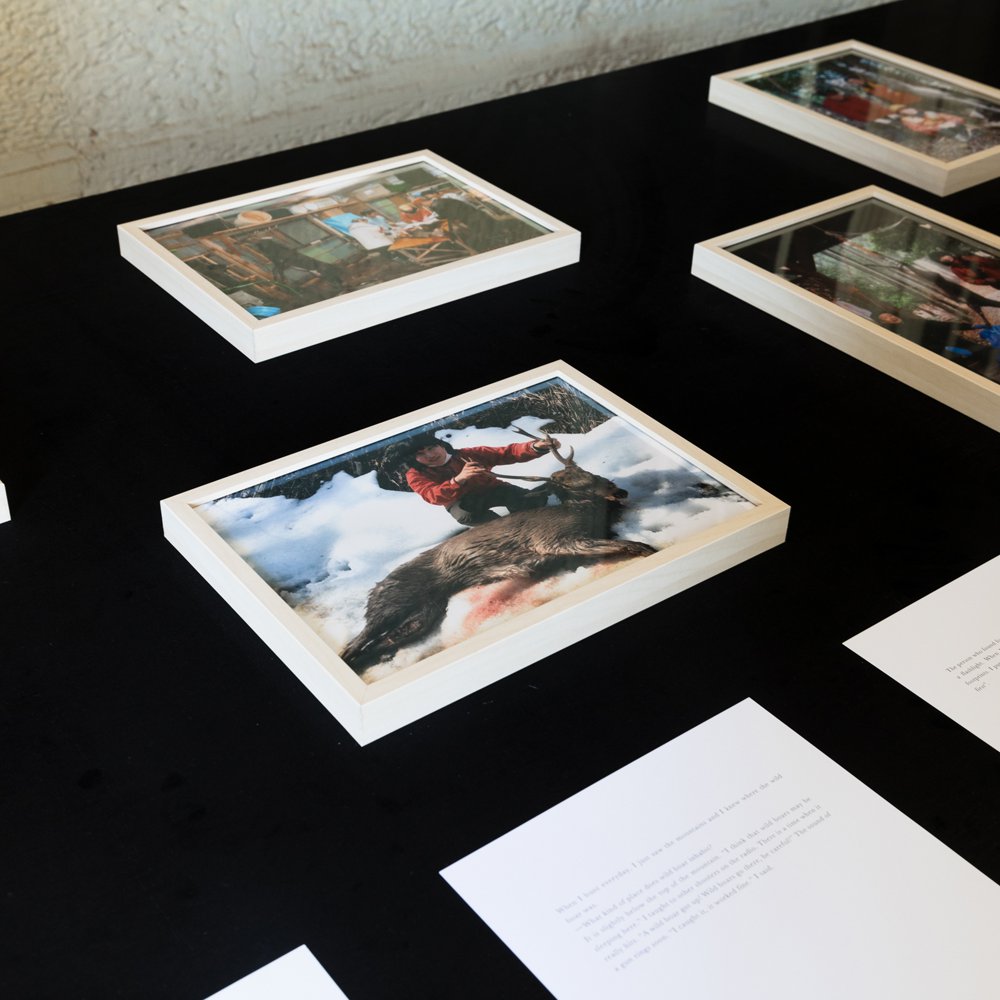 Ami Inoue combines personal stories with an ethnographic approach, producing works that reveal the gulf between modern life and a more ‘primitive’ means of survival. When her grandfather abandoned hunting after the 2011 Tōhoku earthquake, Inoue inherited the practice and now documents her methods as a hunter living in the city. Her videos often feature tranquil images of nature contrasted with clinical urban scenes, suggesting a contemporary disaffection between the natural and human-made worlds.

A Common Field Between Grandpa and Me, 2016, unravels the origins of Inoue’s hunting practice. The video both parallels and contrasts the two generations, showing alternate footage of both Inoue and her grandfather preparing deer legs for cooking. Inoue’s grandfather, seated outdoors on a humble crate, signifies the long-established way of hunting, while Inoue, situated in an urban interior, represents the contemporary application of the practice. Accompanying the footage is audio of a conversation between the artist and her grandfather, with Inoue probing and questioning her grandfather on the places he used to go hunting, his favourite meat to eat and, most significantly, his reasons for ceasing the practice. The video ends with the artist successfully capturing a deer, demonstrating the inheritance of her grandfather’s knowledge. The video works are accompanied by a series of photographs documenting Inoue’s grandfather's hunting excursions.

Inoue’s video work The Life of the Hunter, 2016, evidences this estrangement between nature and culture. Documenting the steps involved in the process of tanning animal skins, the artist is shown washing, salting and draping a deer skin over a rope to dry. Set against a cold, nondescript metropolitan setting, the viewer later witnesses Inoue preparing the deer meat for cooking. These images are interposed with picturesque footage from the mountains in Kyoto, night vision of the deer being pursued by its hunter, and finally the deer’s motionless carcass. Age-old hunting practices seem especially strange when located in a modern context; the artist’s closeness to the lifeless animal appears crude and primal in a world where our exposure to death and the cycles of life is repressed and controlled.