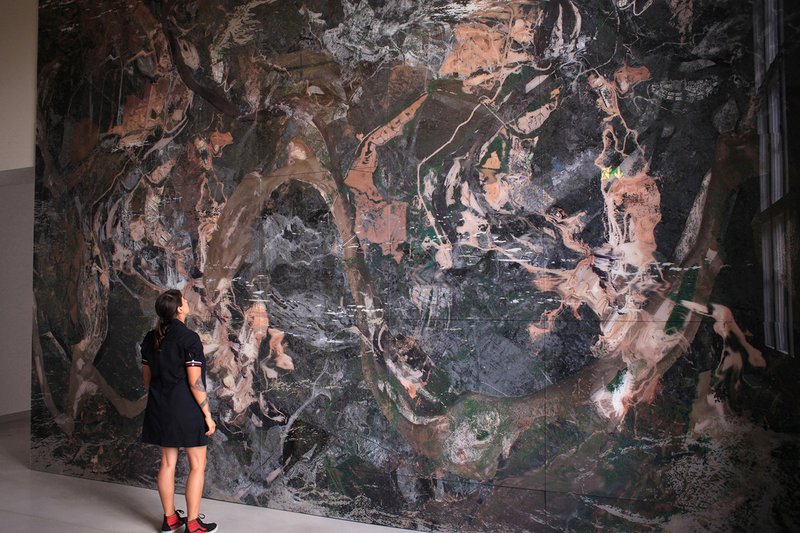 Sydney, Australia: Today, the first 59 participants in the 23rd Biennale of Sydney (2022) were announced. The title of this major international contemporary art event, which will be open to the public from 12 March to 13 June 2022, is rīvus, meaning ‘stream’ in Latin.

Situated along the waterways of the Gadigal and Burramattagal people, the Biennale of Sydney in 2022 will be articulated through a series of conceptual wetlands and imagined ecosystems populated by artworks, public programs, experiments, research and activisms, following the currents of meandering tributaries that expand into a delta of interrelated ideas.

While the locations for the 23rd Biennale of Sydney will be announced later this year, for the first time, The Cutaway, a cultural venue situated in Barangaroo Reserve on Sydney’s magnificent harbour, will be included.

In a panel discussion facilitated by First Nations journalist Rachael Hocking, the team of curators developing and realising the Biennale of Sydney in 2022 – The Curatorium – spoke of waterways as dynamic living systems with varying degrees of political agency.

The Curatorium said: ‘Indigenous knowledge has long understood non-human entities as living ancestral beings with a right to life that must be protected. But only recently have some plants, mountains and bodies of water been granted legal personhood. If we can recognise that a river has a voice, what might they say?

rīvus will enable aqueous beings – rivers, wetlands and other salt and freshwater ecosystems – to share a dialogue with artists, architects, designers, scientists, and communities. Considering the water ecology’s perspective raises unlikely questions: Can a river sue over psychoactive sewage? Will oysters grow teeth in aquatic revenge? What do the eels think? Are waves the ocean’s desire?’

Barbara Moore, Chief Executive Officer, Biennale of Sydney said: ‘Admission to the Biennale of Sydney is free for all to enjoy, with an open invitation for you to experience the most innovative contemporary art and ideas from around the world in some of Sydney’s most stunning and accessible public spaces. This edition of the Biennale will be all about our connections, and disconnections, with water, and as a result, with each other. It will be a beautiful thing to experience.’

The first 59 participants announced today as part of the 23rd Biennale of Sydney (2022) are:

Embassy of the North Sea (North Sea / The Netherlands)

The 23rd Biennale of Sydney will be presented from Saturday, 12 March to Monday, 13 June 2022. Admission is free.

Note: rīvus means ‘stream’ in Latin. Interestingly, the word ‘rivalry’ has its origins in the Latin root rivālis which is derived from rīvus. rivālis / rivalry means ‘one who uses the same stream / water source’.