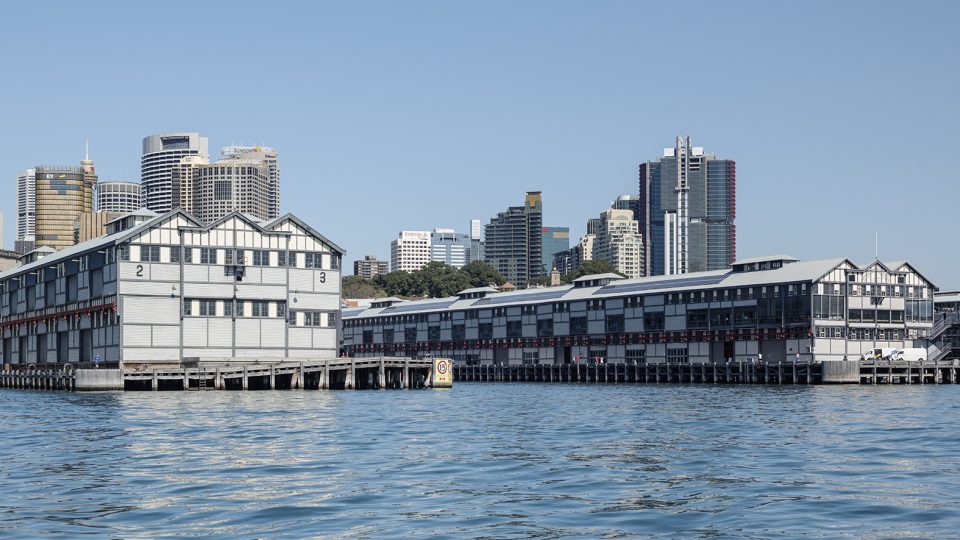 The Biennale of Sydney returns to Pier 2/3 at Walsh Bay Arts Precinct for the first time in 10 years, after its major redevelopment. The participant projects respond to “briny” environments, where saltwater meets freshwater.

Avoid queues by registering your entry before you visit Pier 2/3 at Walsh Bay Arts Precinct.

Embassy of the North Sea

Pier 2/3 is part of the Walsh Bay Arts Precinct located on the Western Headland of the bay today known as Sydney Cove. The site is currently under development by the New South Wales government and is due for completion in late 2021. The Biennale of Sydney has been held at Pier 2/3 on several occasions in the past and the wharves are home to many of Australia’s leading performing arts companies.

Walsh Bay is on Gadigal land and stretches from Tar-ra (Dawes Point) to Coodyee (Millers Point). The Gadigal people lived here for thousands of years prior to colonial settlement. They camped, canoed, fished and hunted on the land and across the waters.

An important story related to this site is that after the arrival of the First Fleet in 1788, Sydney’s first colonial astronomer, Lieutenant William Dawes (after which Dawes Point is named) worked with an Aboriginal woman, Patyegarang, to compile the first dictionary of Sydney’s Aboriginal language. The relationship between Patyegarang and Dawes played a crucial role in preserving language and culture.

Following the establishment of the colony, Walsh Bay became the location of some of the first commercial wharves for international commercial and shipping activity. With the modernisation of Sydney in the 20th century, the wharves became obsolete and could no longer accommodate modern container ships and cruise liners. In the early 1980s Walsh Bay began to be transformed into a cultural precinct.

The Pier 2/3 building is an old industrial wharf (two levels) with an exhibition space on the ground level. It is surrounded by water on three sides.

To ensure the health and wellbeing of our visitors, staff and volunteers, the Biennale of Sydney is closely following the advice from the NSW Government.

Wearing a mask is encouraged.

Let’s look out for each other, please do no visit if you are unwell or have been instructed to isolate.