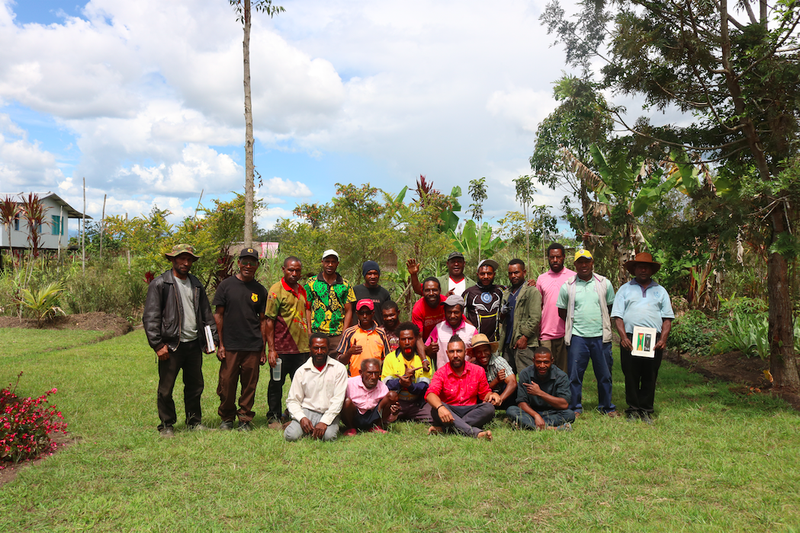 GO TO THIS WEEK'S ACTIVITY: SOUNDS AROUND YOU

Eric Bridgeman is a multi-disciplinary artist based in Australia and Papua New Guinea. His work takes form in photographic portraiture, video, performance, sculpture, installation, drawing, painting, and a combination of all. The dominant focus of his work involves the discussion of social-cultural issues. Over the past decade, Bridgeman has developed a series of collaborative projects which are carried out with family and community in PNG’s Chimbu province as Haus Yuriyal. These projects focus on the crafting and design of traditional shields from his family’s region to practice and learn about culture.

For the 22nd Biennale of Sydney, Eric Bridgeman and Haus Yuriyal present a replica of Bridgeman’s home which was built for him by his family in PNG using traditional techniques and cultural knowledge. This house became an important meeting place for relatives and extended family as a site for exchange, learning, community participation and art making.

A project based between Australia and Jiwaka Province, Papua New Guinea, Bridgeman employs a workshop model of collaborative multimedia practices with family members of the Yuri Alaiku clan to deliver an inclusive, multi-functional space at Cockatoo Island.

The two structures are home to paintings, weavings and multimedia artworks as well as public forums, screenings, performances, workshops and events that facilitate engagement between the local Australian, Asia- Pacific and International arts communities. Eric’s family creates an autonomous space within the Biennale by working to an elastic schedule dependent upon the times of those contributing to the project, rather than the convenience of an audience. While the more public- facing picture house will hold permanent activations like video, the roundhouse occupation ebbs and flows naturally around a set of key occupations, as a way of challenging the history of the display of Indigenous and non-Western bodies in exhibition formats. For the artist, the project of building and using these structures forms part of a broader interest in learning about the cultural practices of his family. 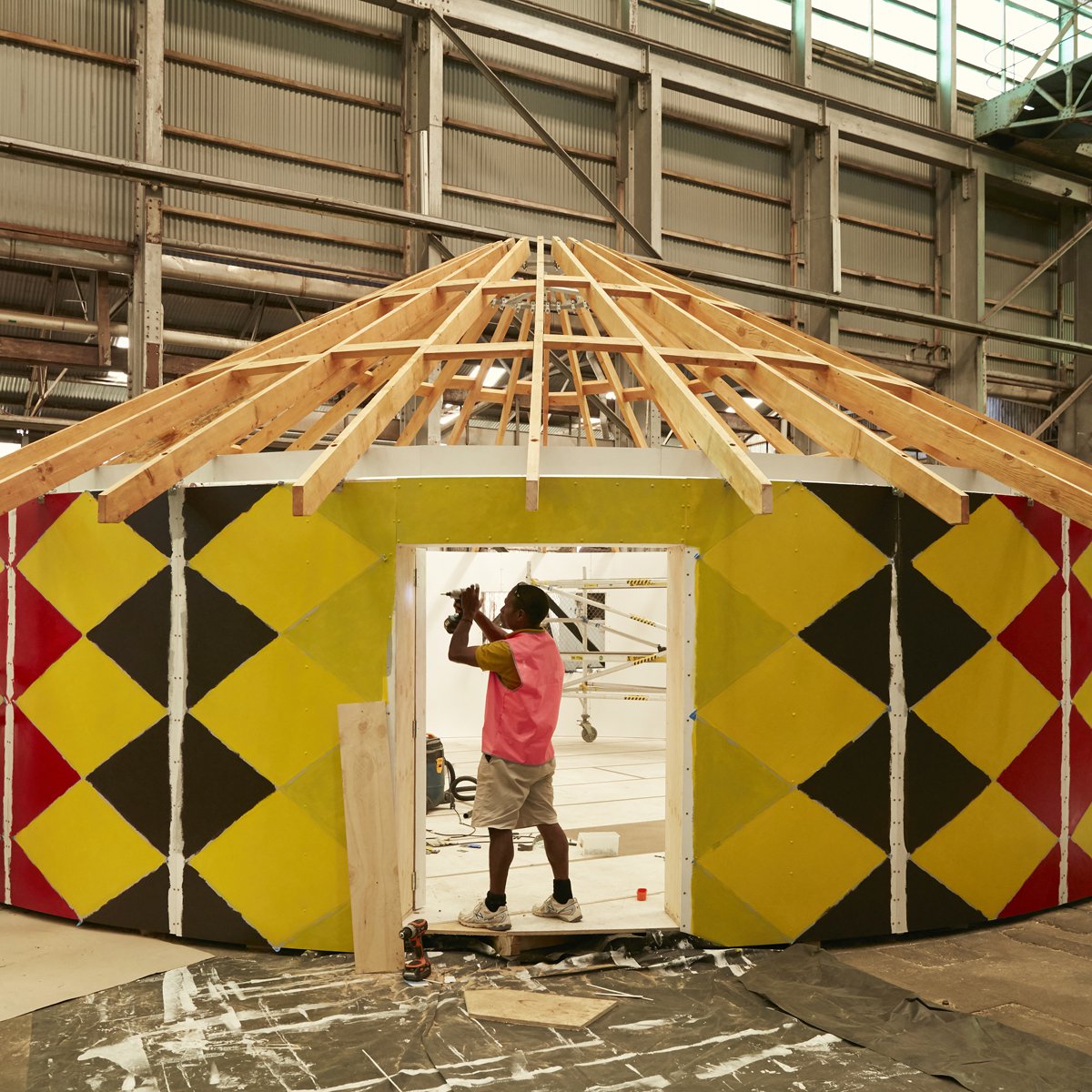 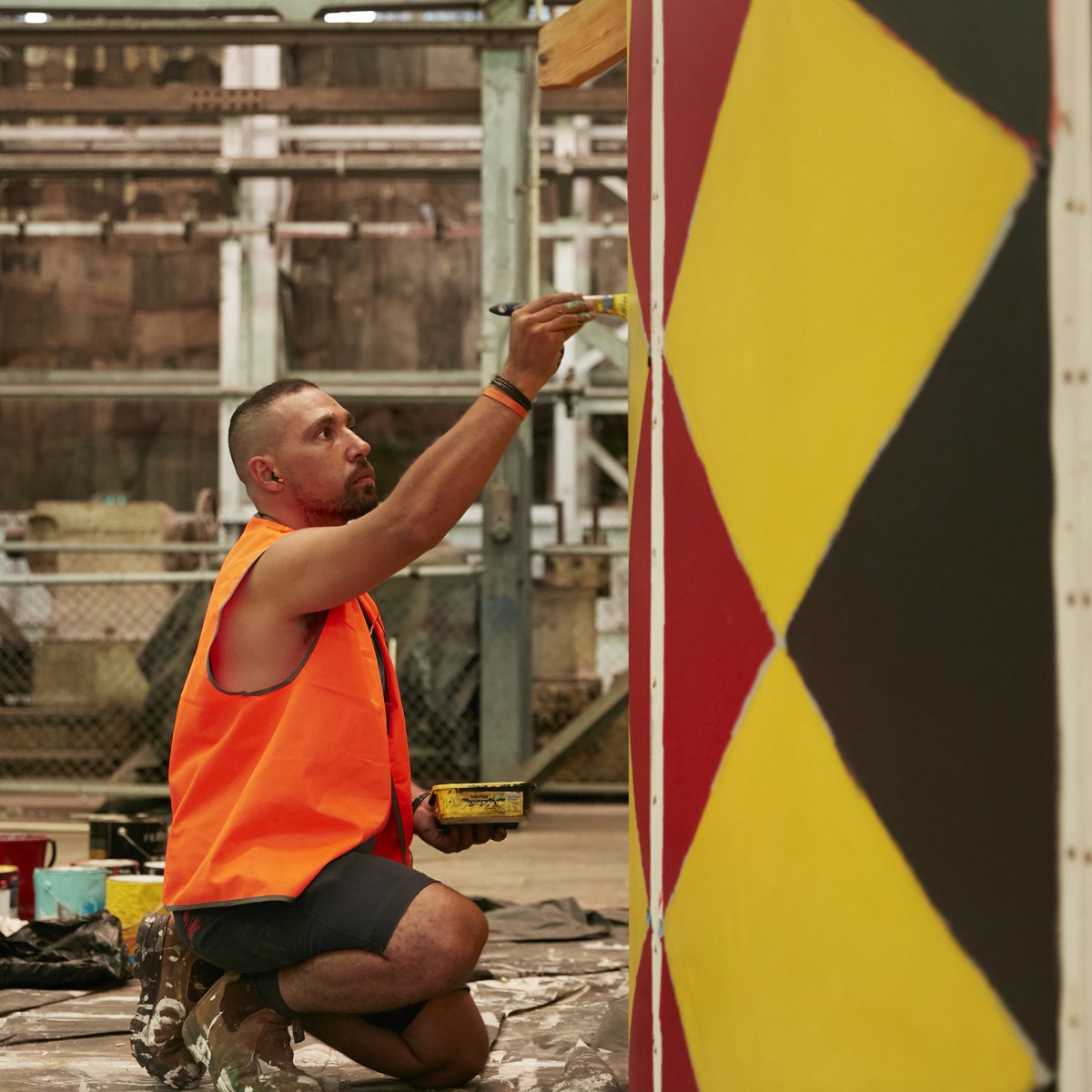 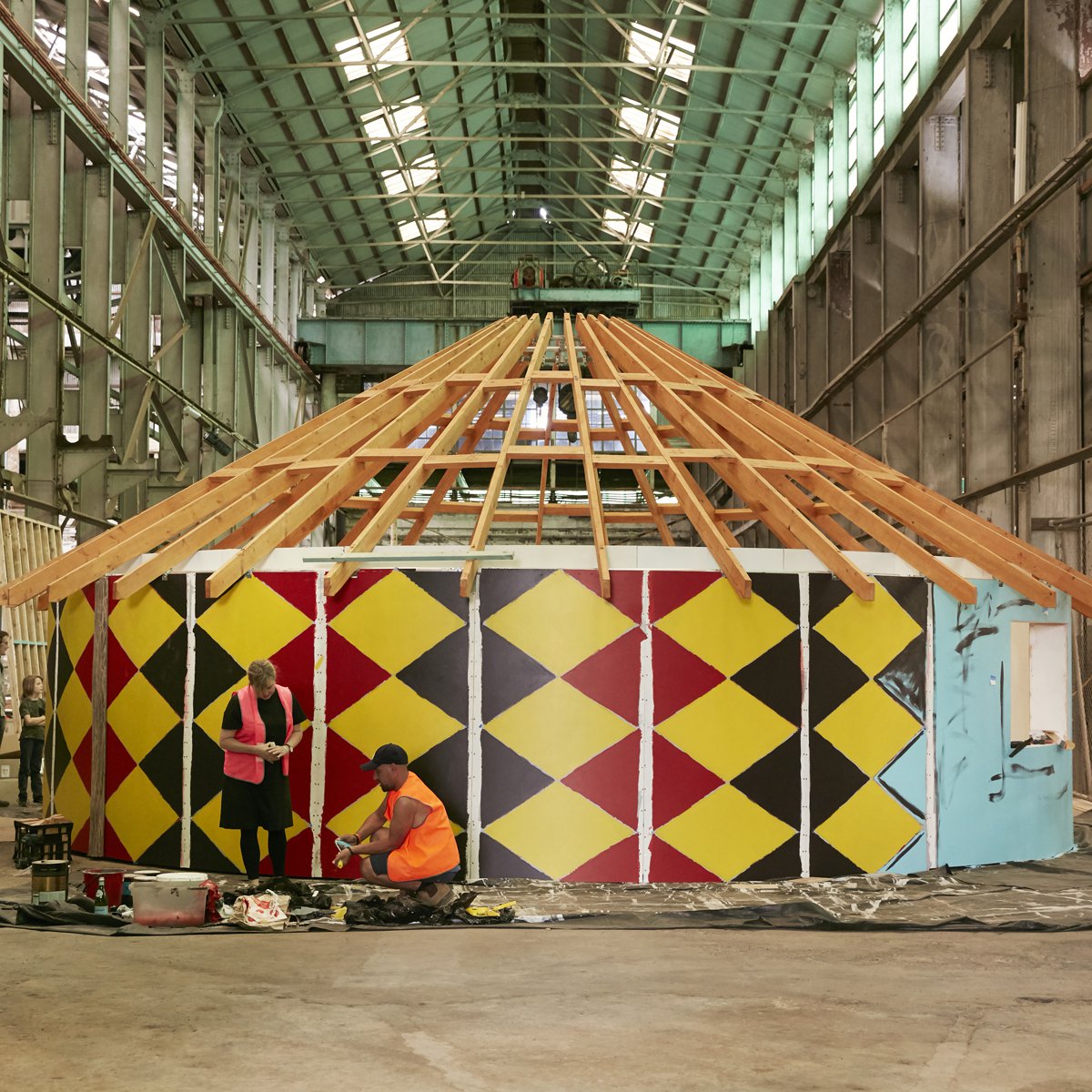 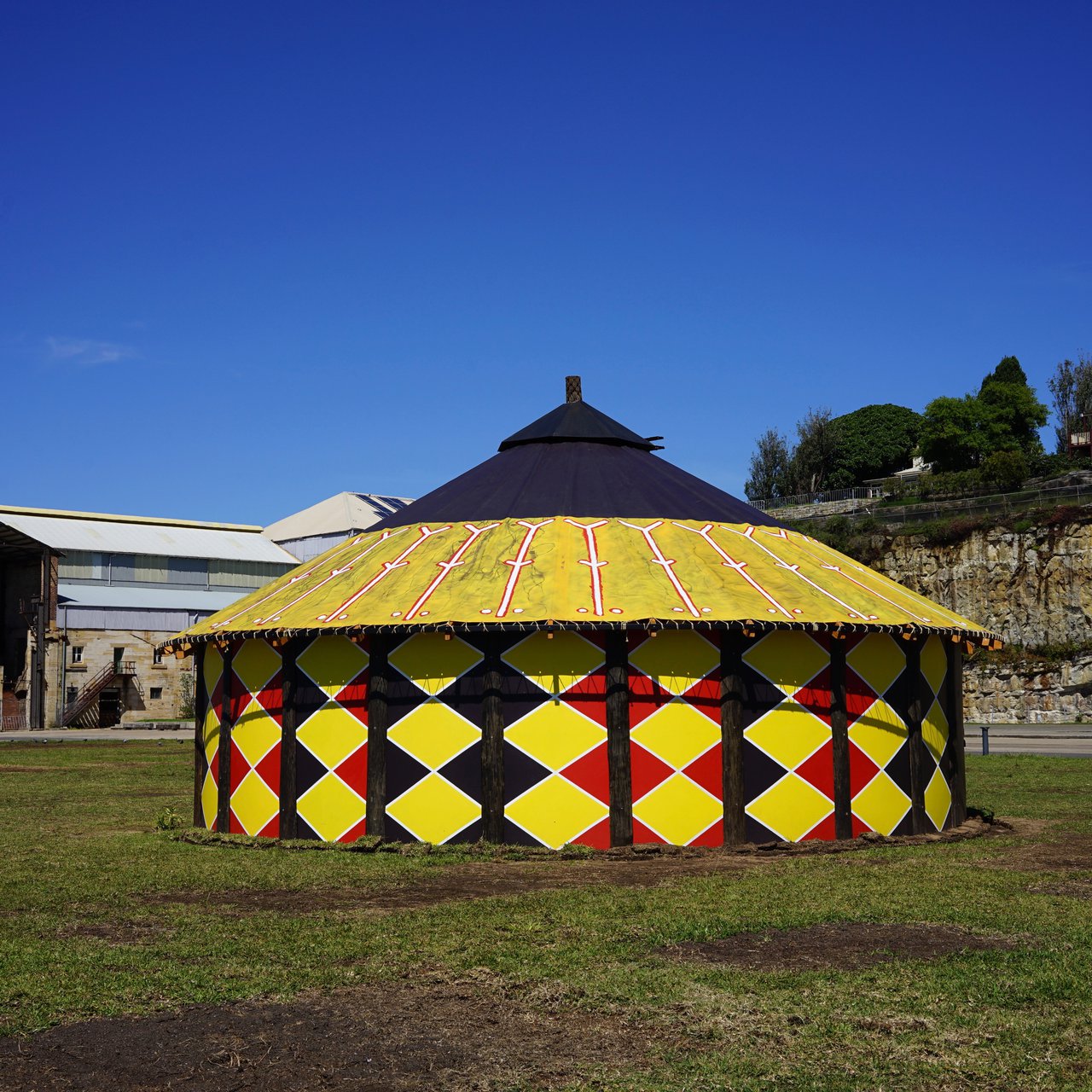 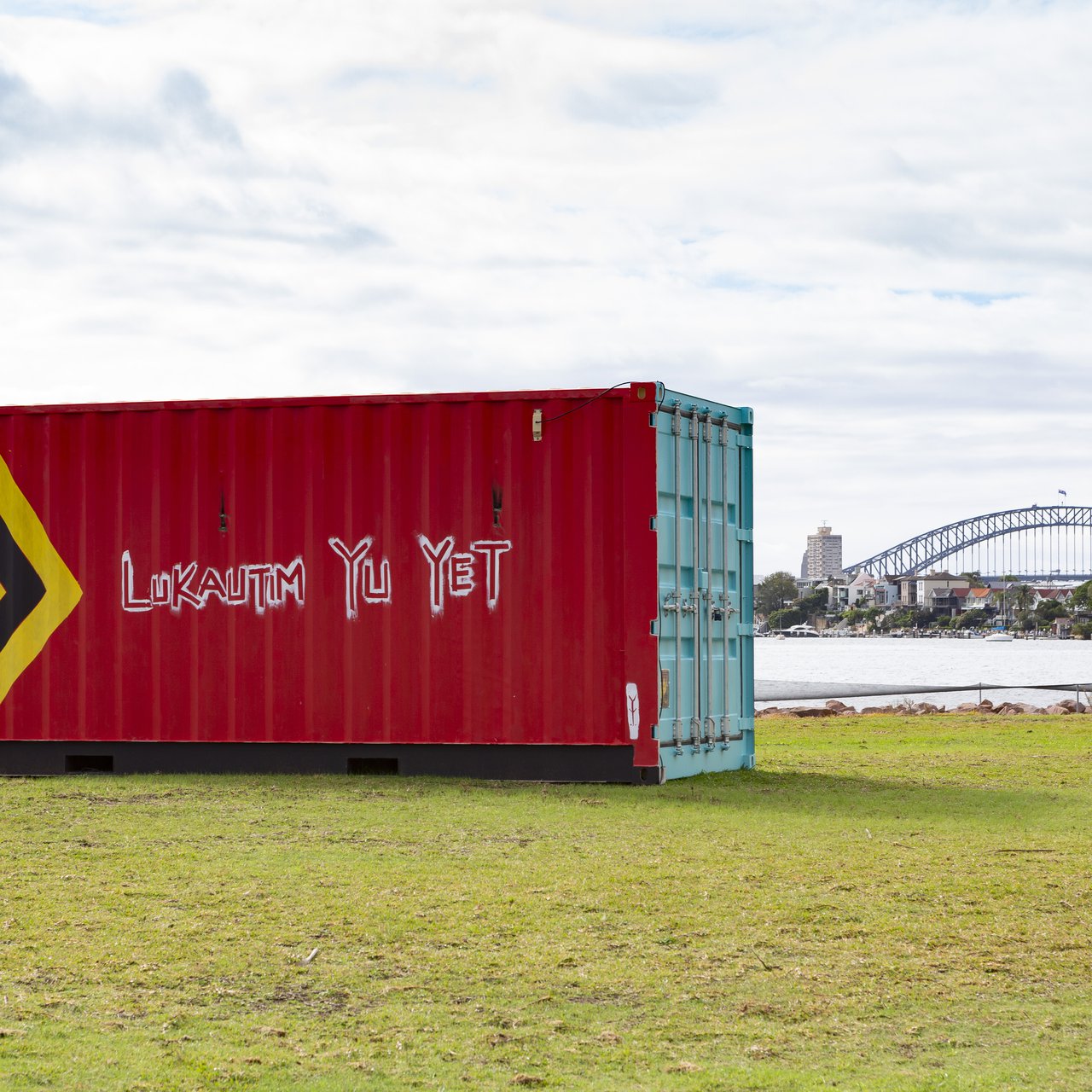 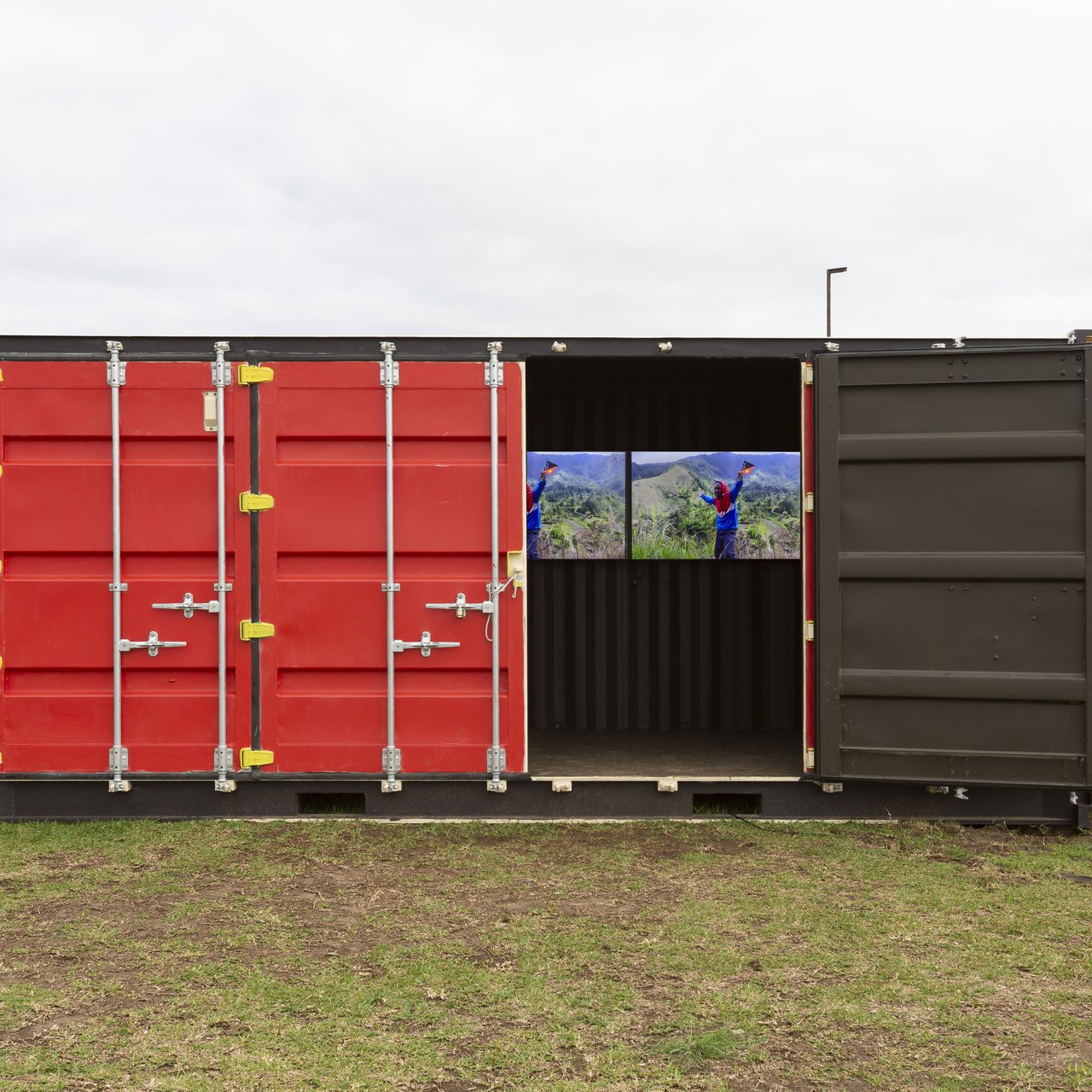 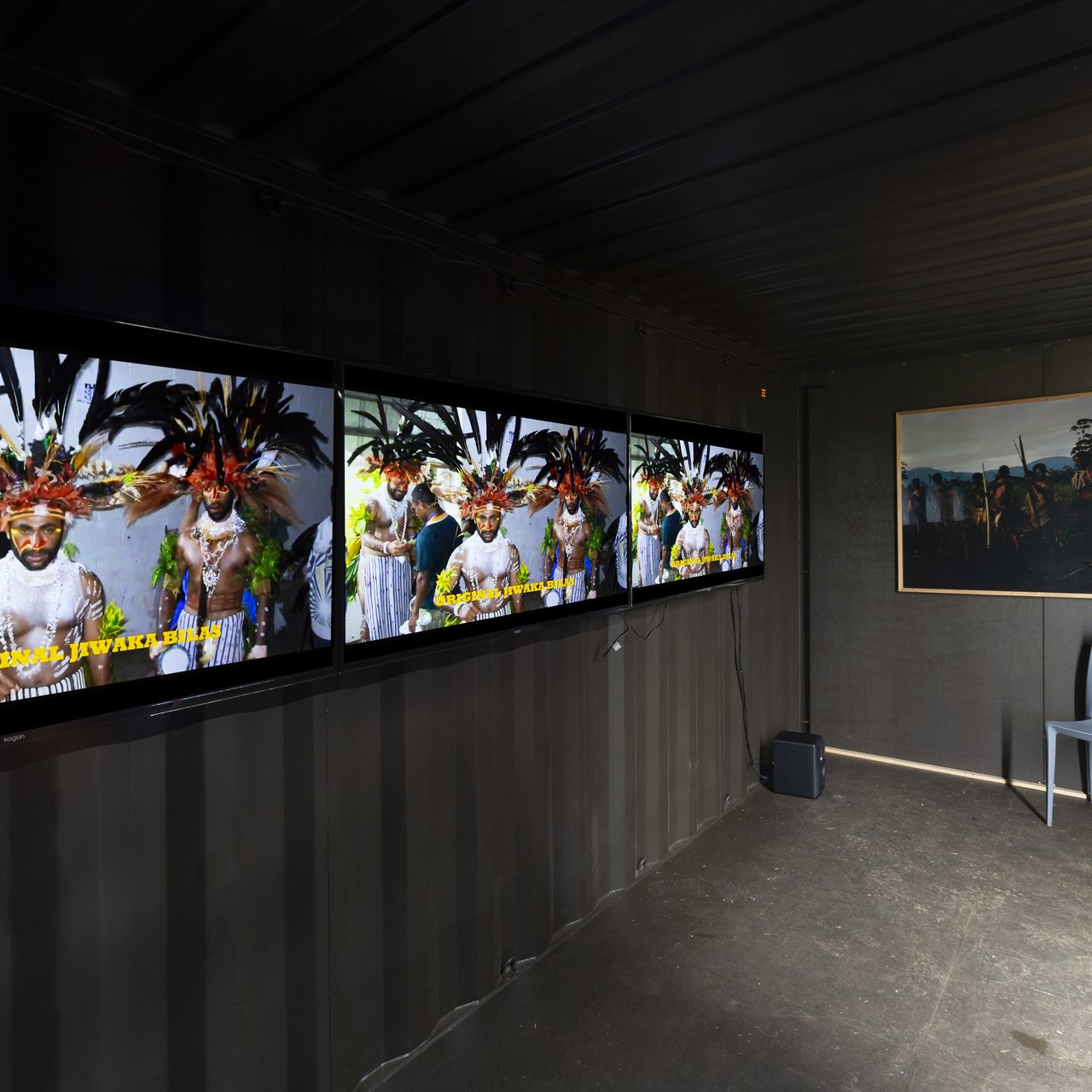 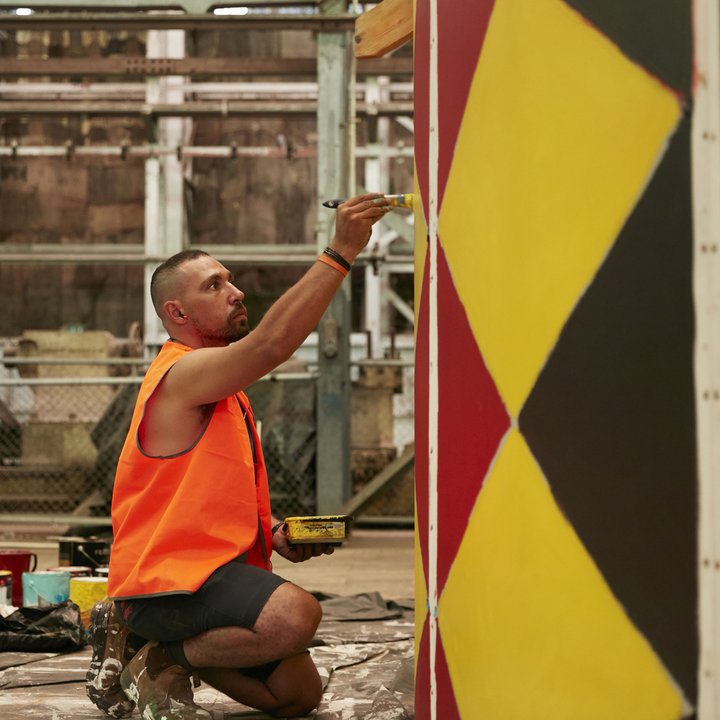 'SUNA' in the words of Eric Bridgeman

"Suna is a word in Yuri language used to describe a middle ground, a safe and central location in a village ideal for gathering, and distant enough from potential conflicts at the borders."

'SUNA' in the words of Eric Bridgeman

"Suna is a word in Yuri language used to describe a middle ground, a safe and central location in a village ideal for gathering, and distant enough from potential conflicts at the borders. My home in the Wahgi Valley of Papua New Guinea was built in 2015, quickly becoming a meeting point for relatives, extended family from the Yuri Alaiku tribe of South Simbu, and local papa graun (custodial land owners). The round house became a site of exchange, organisation and learning for generations of men (a hausman or men's house) to help enrich our lives through artistic practice and traditional knowledge, while encouraging self-development and community participation."

"As a young man, I have bonded closely with my cousins in the region for over a decade. Our Uncles provided a connection to our seemingly lost traditions and customs. My background as an artist in Australia first steered me towards our history of shield (kuman) making, and as Yuri men this became a starting point for our joint efforts to build something from the legacy of our tumbuna (ancestors), and together educate ourselves.

"Our artistic projects have centred around the Kuman or Wahgi Shield, as the history of tribal warfare is one thing that has effectively brought us together. Our headquarters is a place of collaborative learning and expression where we tell stories, address conflict, bung (party), draw, paint, film, photograph and come together at times when it is most needed.

"Eri Ari Ike describes a protected and sacred dwelling, or 'safe house'. Our kuman are created and stored in the hausman, and are only presented publicly at times when critical impact is seen as vital for survival (i.e a fight). Our latest iteration of 'shield paintings' line the exterior wall of the temporary house on Cockatoo Island, in their essence signalling the presence of my fellow group members back home in PNG, and deflecting potential threats from disturbing important activities occurring inside.

"Haus Yuriyal is made up of at least 25 current members, ranging in ages and cultural backgrounds from Simbu, Jiwaka and Southern Highlands Provinces. As our projects have grown, a house rule of inclusiveness has strengthened us as a group over time. Collaborative works presented in Suna include recent side projects with a newly established women's weaving group led by my mother Veronica Gikope, and local music and video producers: Elizah Kippex (Kippex Productions), Jaycee Daniel (JD Productions), and Sil Bolkin (Galkope Audio Lab). The back catalogue of work provided by these musicians has helped connect me to my original headquarters in the Highlands for many years.

"A custom Haus Piksa (picture house) provides a second venue for the housing of audio and visual works as part of the Suna complex. Kia Milin Iki refers to the concept of a 'spirit house' or haus tambaran, a cultural understanding of still and motion photography that interprets these mediums as a carrier of spirit. Original video works by Haus Yuriyal including Haus Man (2012) and The Fight (2010) will open the picture house, while allowing for open screening sessions and general use for the duration of the exhibition." 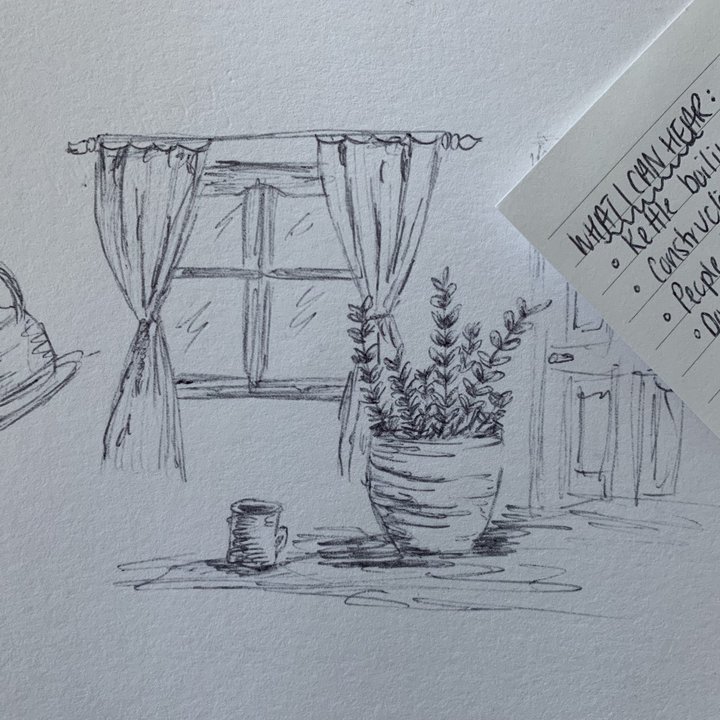 NIRIN AT HOME, Sounds Around You, activity example.

NIRIN AT HOME | Sounds Around You

What creates a sense of place? When someone asks you to describe your home and where you live, how would you describe it? You might think immediately about the physical surroundings: a lounge room, dining chairs, your bedroom. But have you ever thought about describing your sense of home and place using sound?

We’d love to see how you use these resources at home. Post your stories and photos on Instagram with the hashtag #NIRINathome.