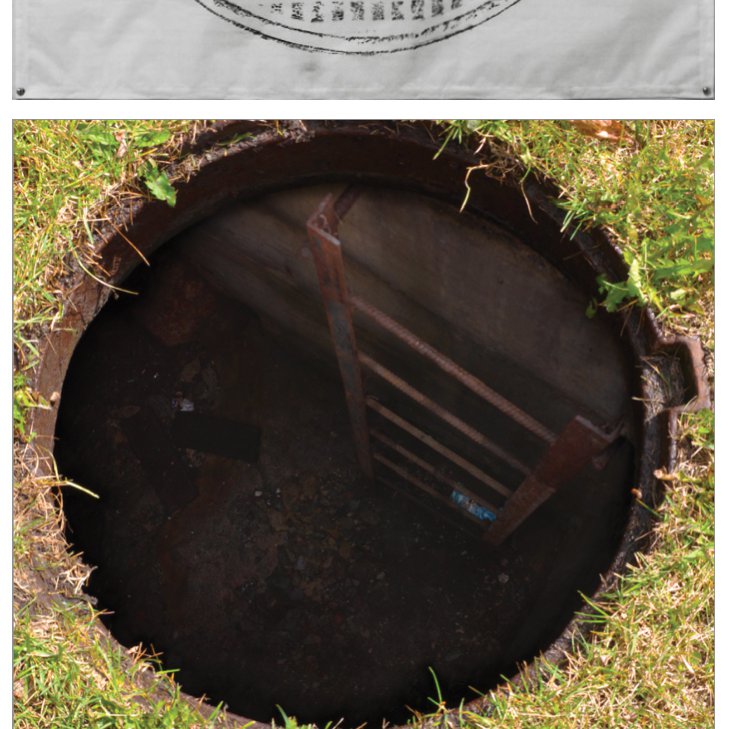 Visual artist, educator and political activist Wong Hoy Cheong reimagines and reconstructs histories in an effort to transfer power and authority to the marginalised ‘Other’. Working across a wide range of media, including drawing, painting, photography, performance and film, Wong’s practice is assertively political; permitting the existence of multiple versions of any one story, and suggesting historical accuracy is neither possible nor desirable. Within this framework, Wong broaches concerns in relation to colonialism, migration, identity and globalisation to produce multi-layered works that are speculative rather than definitive.

Wong presents ‘UNcover’, 2015, a series of photographs and wax rubbings of manholes situated in politically significant locations around Yekaterinburg, Russia. First exhibited as part of the 3rd Ural Industrial Biennial of Contemporary Art, Wong selected sites representing the intrinsic relationship between public space and power structures including the President’s Residence, The Church on the Blood, the Headquarters of the Volga-Urals Military District and the Suvorov Military School. A deliberately physical medium, the wax rubbings function as material imprints of the geographical locations. The photographs display views of the manholes from above, looking into the complex underground network supporting the city, and, from below, peering up to the sky.

As a utility feature found in most cities, manholes exist as passive bystanders to the currents of history. Symbolically, manholes represent a gateway to a city’s underbelly; another world concealing unseen historical realities. The fourth-largest city in Russia, Yekaterinburg occupies a precarious position, situated on then the eastern slope of the Ural Mountains on the border between Europe and Asia. Significant not only for its physical position, the city has also witnessed considerable political upheaval and social change over the years. It was the ground on which the execution of the last Tsar, Nicholas II, and his family took place in July 1918. In the Soviet era, Yekaterinburg was named Sverdlovsk after the Bolshevik leader Yakov M. Sverdlov, but reverted to its original name in 1991 after the dissolution of the Soviet Union.

As a foreigner observing the socio-political circumstances of another nation, Wong is able to present an alternative view of sites of historical significance. Free from the potential impairment of personal or political involvement, Wong’s version of the city’s history is measured and non-hierarchical. This is reflected in Wong’s understanding of history: ‘History for me is often contingent on who has power, who can decide what goes into the narrative, and marginalised communities often do not have "civilizations" or "histories".' Whether official or unsanctioned, Wong wishes to acknowledge the existence of all histories.