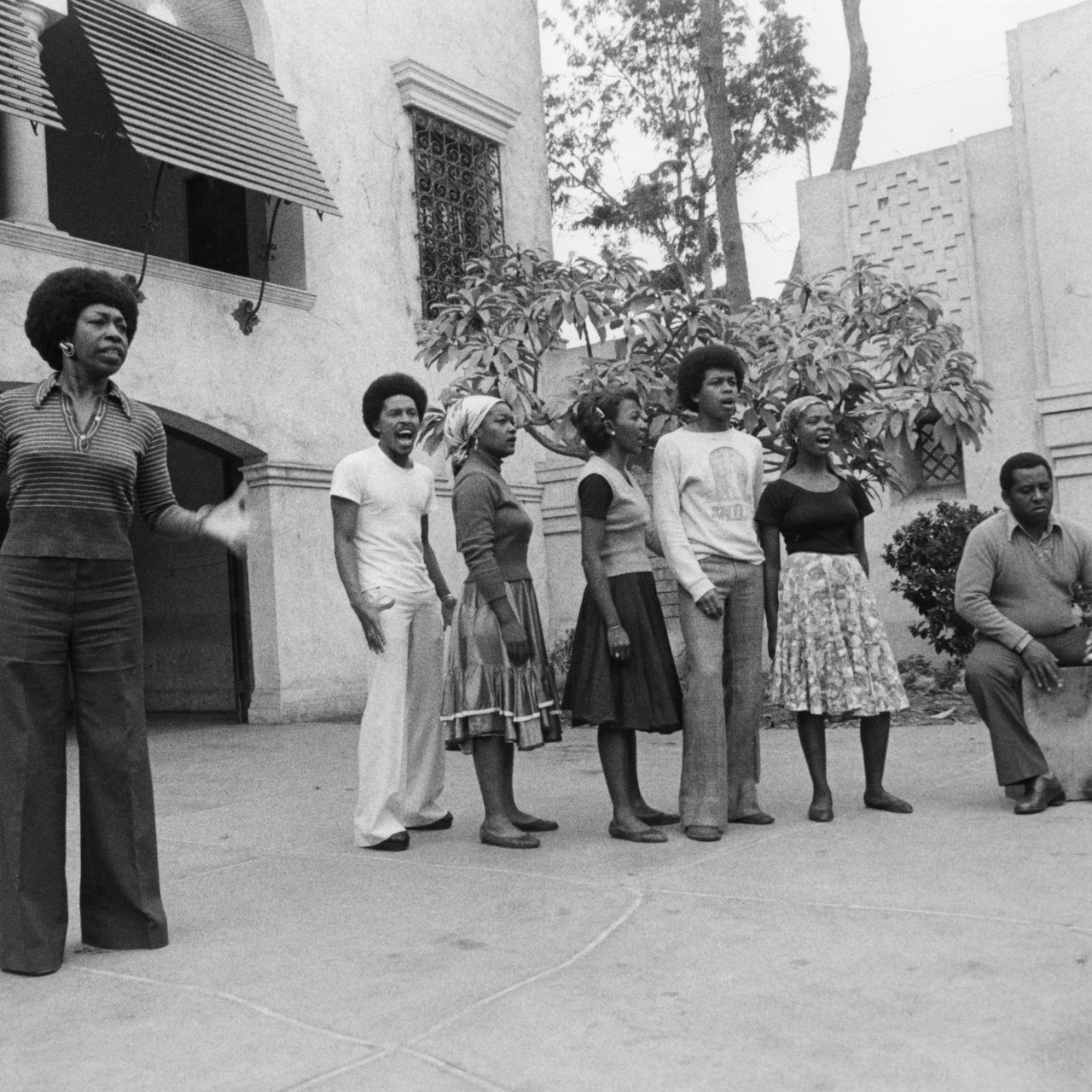 Victoria Santa Cruz was a poet and choreographer who was interested in connecting with her African history. Santa Cruz’s pioneering work as director of the Conjunto Nacionale de Folclore of the Instituto Nacional de Cultura made a space for Afro-Peruvian expression in theatre, to publicise Black stories of the African diaspora in Peru.

Documented when she was 56 years old in 1978, Me gritaron negra (They shouted black at me) is a performance of Victoria Saznta-Cruz’s well-known poem of the same name. Joined by a chorus of voices, one of whom keeps rhythm by beating on a cajón, the artist launches into a powerful and expressive performance with language and spoken word at its core. Me gritaron negra emerged after years of internalised shame, the catalyst for this being an early childhood experience in which Santa Cruz first became aware of her blackness. The artist was shunned from playing with a group of other children for the colour of her skin, the psychic consequences of this and the reality it revealed staying with her for long after the incident itself. In her performance of Me gritaron negra, language, in particular the forceful repetition of the word ‘Negra!’ (Black!), turns a racially weaponised word into a source of fierce pride, symbolic of the artist’s self-emancipation. Collaboratively, Santa Cruz and the group of performers build rhythm through a ceremony of call and response, eventually reaching a powerful crescendo after which the word ‘Negra!’ is bellowed again and again in unwavering unison, the sharp sound of the word working viscerally to form a space for healing, collective empowerment, and political resistance.

Santa Cruz’s impassioned speech is a transmission, an articulation of her individual story that refers to the shared experience of a community. The oral telling of stories requires people to gather in shared space to collectively acknowledge and validate history, and to generate a tangible and affective experience of empowerment. The power of the transmission itself is in the performance rather than exclusively in its content. This performance is emblematic of Victoria Santa Cruz’s uncompromising work, which made the reality of black culture a topic of public debate in Peru, holding space especially for black women living within a colonial, racially oppressive, and patriarchal society.