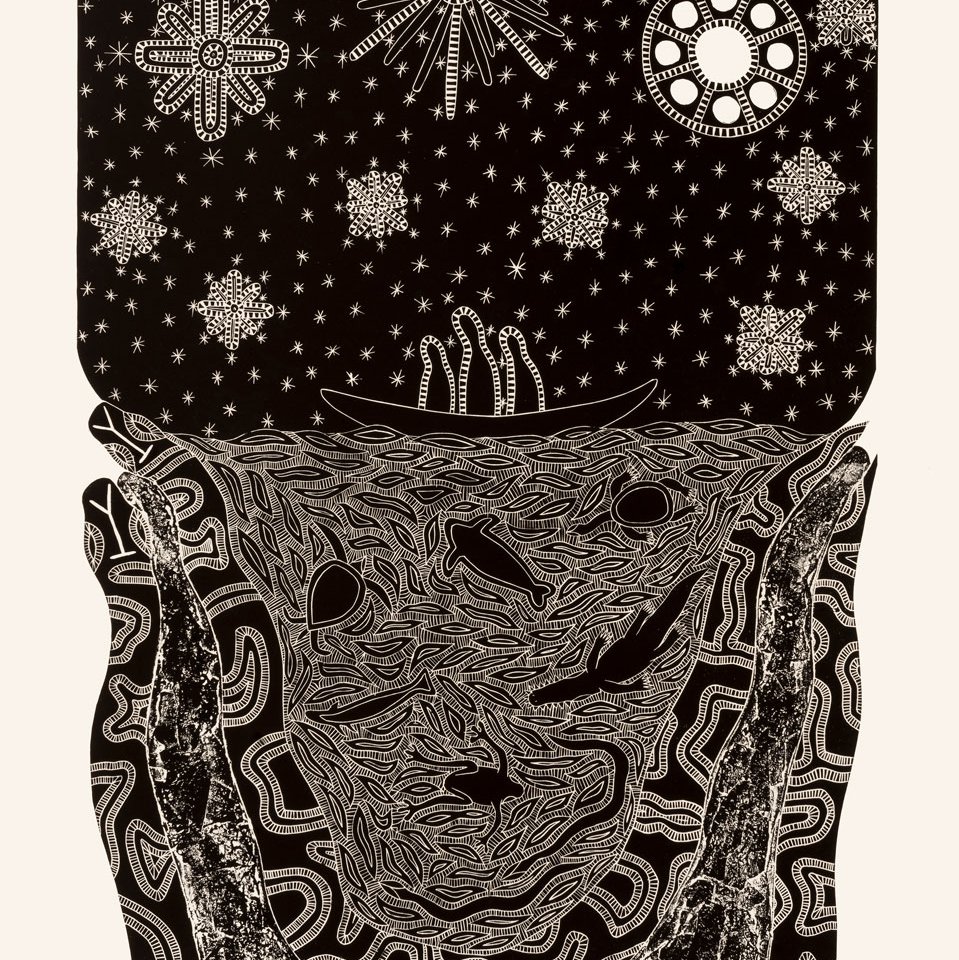 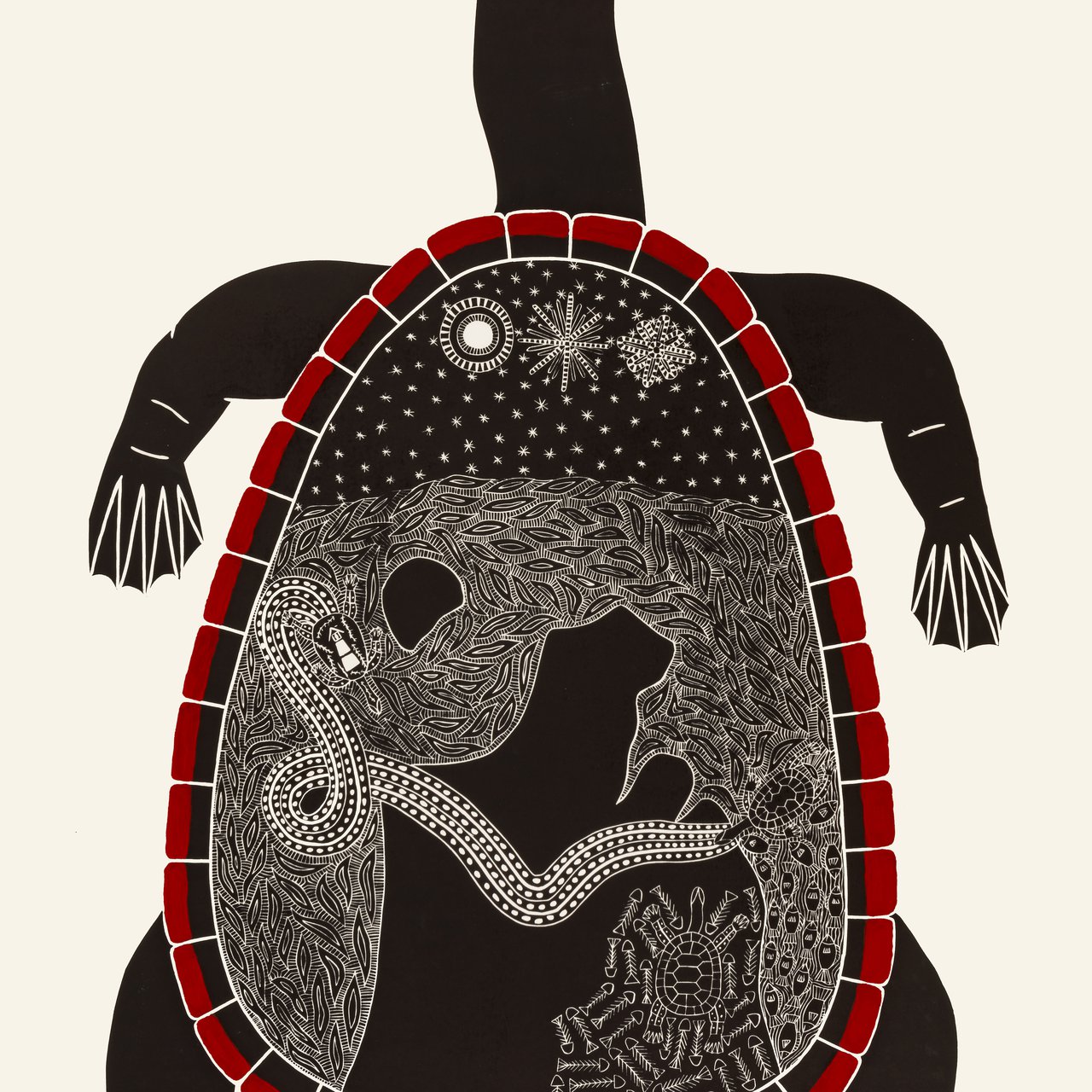 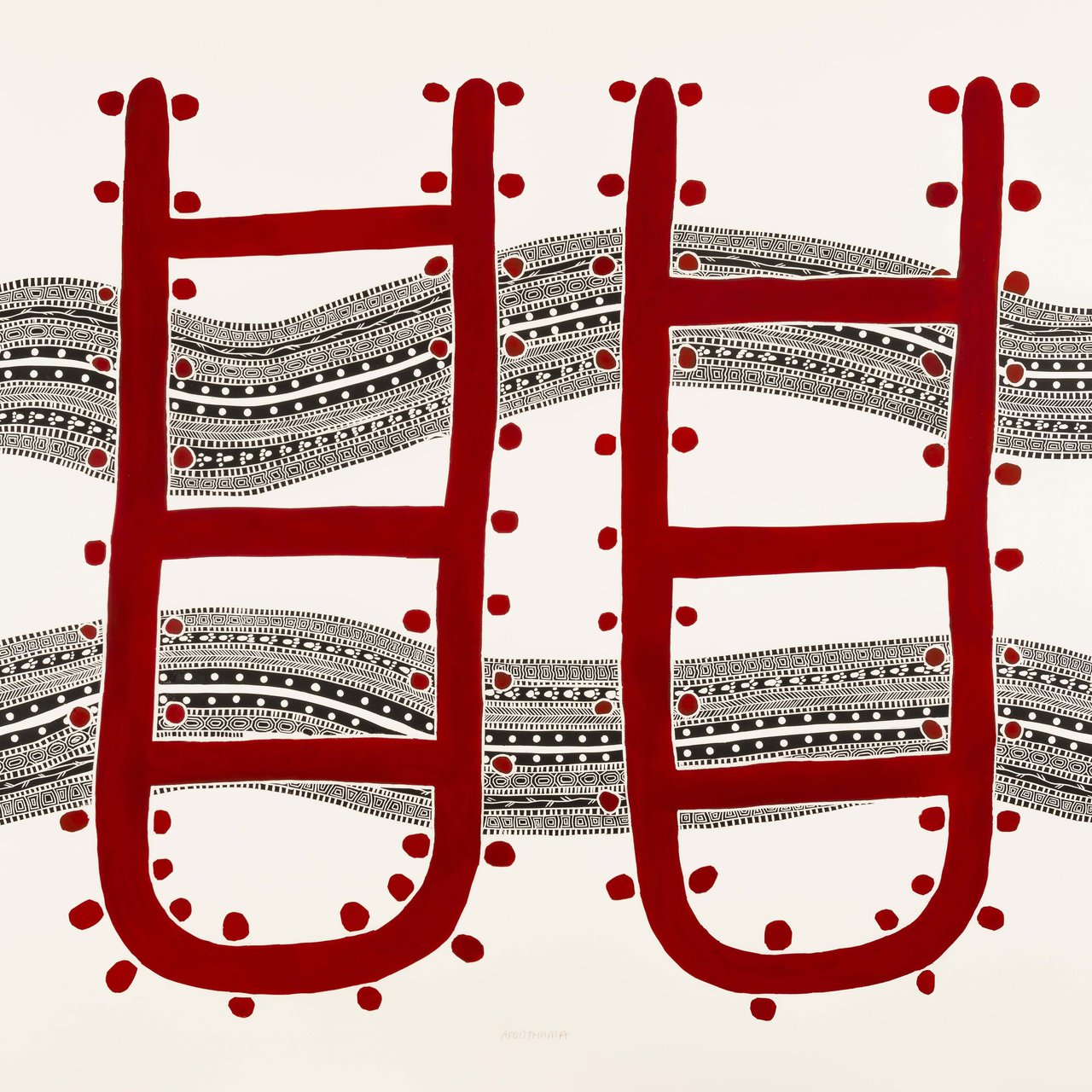 Born in 1988, in Mount Isa, Australia
Lives in Cairns, Australia
Angkamuthi and Yadhaykana

Teho Ropeyarn is an artist and curator from Injinoo, Cape York Peninsula, Queensland. Ropeyarn is descended from the Angkamuthi and Yadhaykana clans from Injinoo on the mainland, Badu, Moa and Murray Island in the Torres Strait; Woppaburra people (Great Keppel Island) and Badtjala people (Fraser Island). His practice is focused on his father’s people’s heritage and on preserving and documenting permitted stories and knowledge passed down from Elders. The narratives in his work explore several traditional and historical stories including significant events, dreaming sites, totems, the four clan groups that make up the Injinoo peoples and ceremonial body designs encompassing spiritual connection to Country and community on both land and sea.