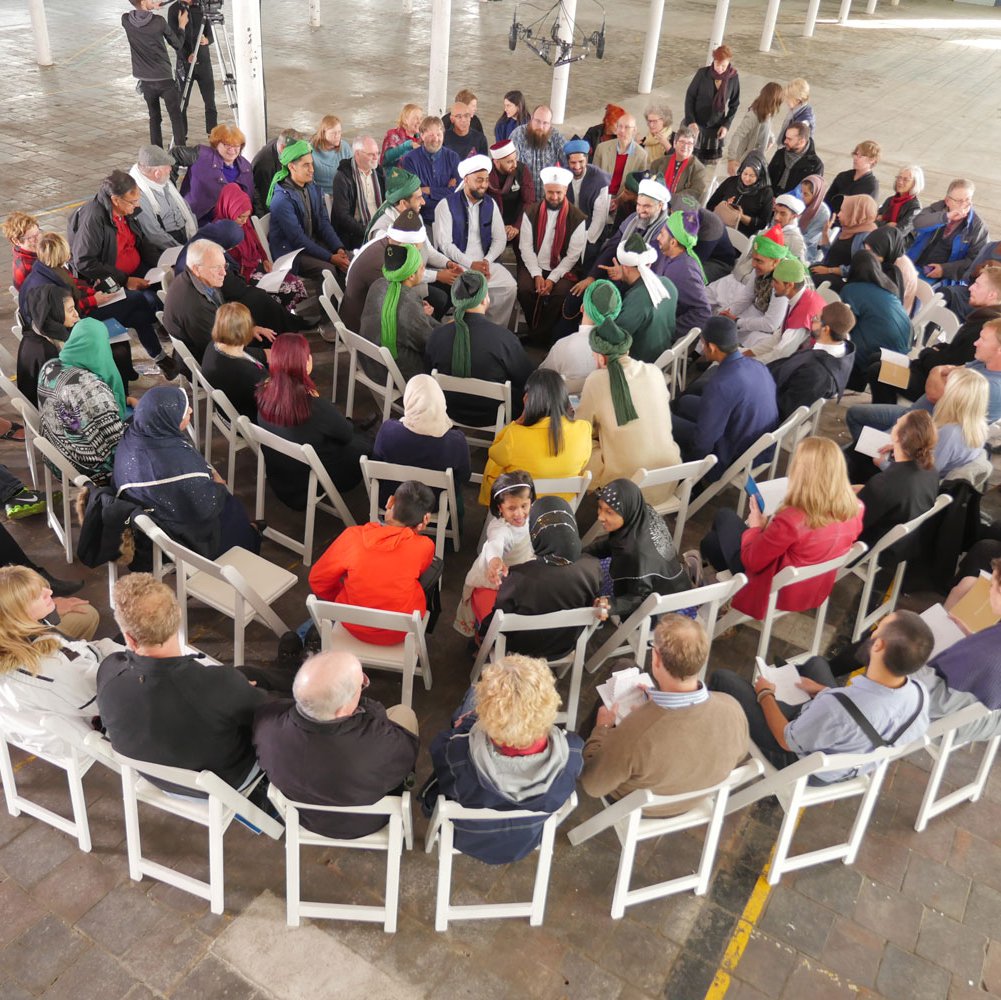 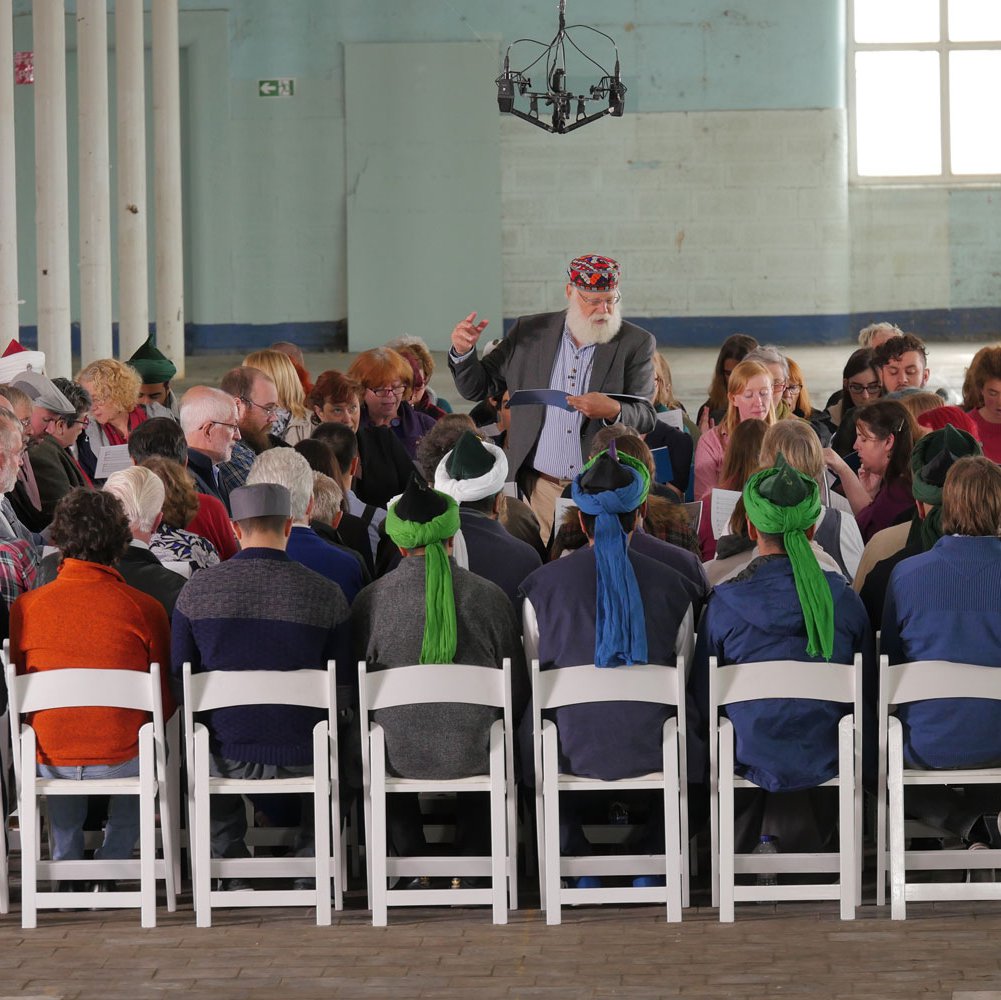 In 2016 Lacy was commissioned by Super Slow Way to create Shapes of Water – Sounds of Hope in Pendle, Lancashire. Engaging deeply with the cultural and spiritual history of the area, Lacy worked in collaboration with residents, community organisations such as Building Bridges Pendle, artist collective In-Situ, activists Paul Hartley and Rauf Bashir, musicologist Ron Pen, and anthropologist Massimiliano Mollona. The project took shape as a series of community meetings and workshops that brought together textile workers from England and Pakistan, former employees at the Brierfield Mill that had closed ten years prior. Shapes of Water – Sounds of Hope used shape-note singing and Sufi chanting as a means to reconnect individuals through the collective production of a performance.

At Cockatoo Island Lacy presents The Circle and the Square, 2016, a multipart audio-visual installation that represents the culmination of the two-year Shapes of Water – Sounds of Hope project. The Circle and the Square was made over three days in September 2016, when residents came together in the cavernous empty spaces of the Brierfield Mill. The film captures participatory lessons in shape-note singing, an American musical tradition with origins in Lancashire, that brings people together in a square formation to sing spirituals. The film also features Sufi chanting, where people sit in a circle and chant divine words and phrases to form sound vibrations and rhythms that are thought to have the power to heal and elevate the soul. Also presenting interviews with local residents in the abandoned mill, The Circle and the Square explores the intertwined histories of labour and migration and the social and economic repercussions of the demise of the textile industry.