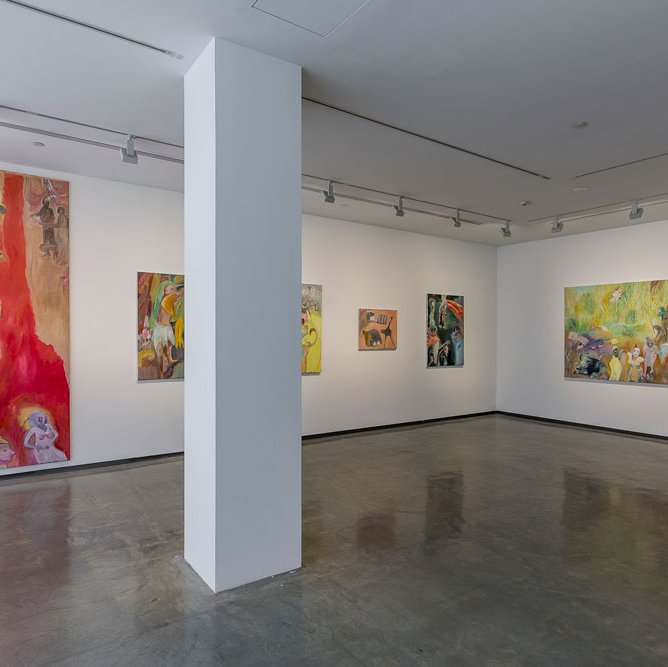 Sosa Joseph. Installation view (2018) at the Museum of Contemporary Art Australia for the 21st Biennale of Sydney 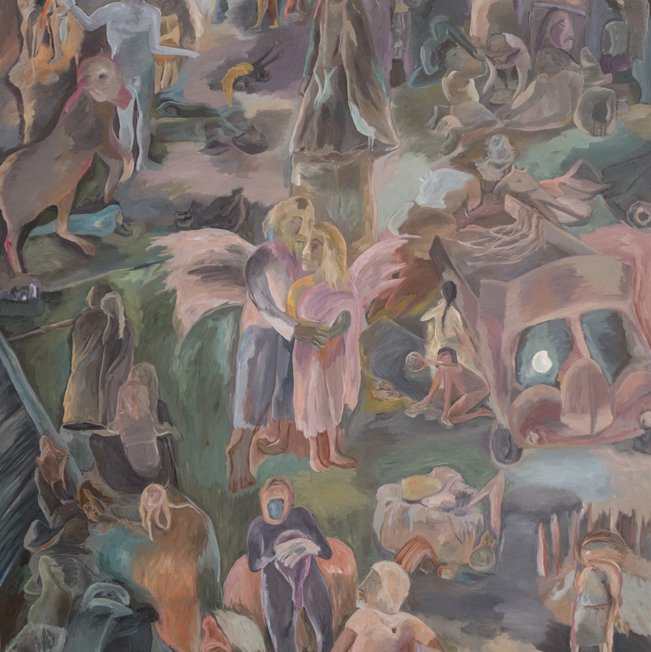 Born 1971 in Parumala, India
Lives and works in Kochi, India

Sosa Joseph’s paintings exist in the indeterminate space between reality and fantasy, drawing on everyday activities and reproducing them in evocative ways. Joseph presents the real and imagined as deeply connected and ultimately indivisible, despite the two being commonly perceived as opposing forces. While referring directly to the social and cultural context of her native Kerala, the allegorical quality of Joseph’s works render them universally relevant through an appeal to shared human experience. This tension between specificity and ‘everywhereness’ means that Joseph’s painting never quite fit within the categories of abstract or figurative art. Through using her own positionality as subject matter, Joseph is able to translate the local to the global and reveal the commonalities of life.

Joseph exhibits a selection of paintings at the Museum of Contemporary Art Australia, continuing her interest in the broad spectrum of human activity. What Must Be Said, 2015, presents a series of figures forming a long, snaking queue set against an imprecise streetscape, while in Irul (the Dark), 2015, the figures create a circular shape, with a winged, seraphic couple in the centre of the composition. The titles for Anywhere But Nowhere, 2018, and Your Earth, My World, 2018 both reference the universal sensibility present in Joseph’s paintings, while Performers implies that the people depicted in her paintings are not merely entangled in the everyday, but actors in the theatre of life.

Joseph’s paintings portray individuals from all walks of life, people fully immersed in the action of an ordinary tableau vivant or ‘living picture’. Though firmly grounded in daily life, these rich and animated scenes evoke a dreamlike ambience, a quality that is reflected in all of Joseph’s paintings. The events and people depicted have a strange and illogical relation in space, some forms appear only to function as a symbolic presence, far removed from reality. Not least, Joseph’s application of broad brushstrokes and an atmospheric colour palette of blues, purples and washed-out pinks, lends a sensuality reminiscent of the otherworldly. At the centre of Joseph’s practice, ultimately, is a desire to communicate the hum and throb of everyday life.