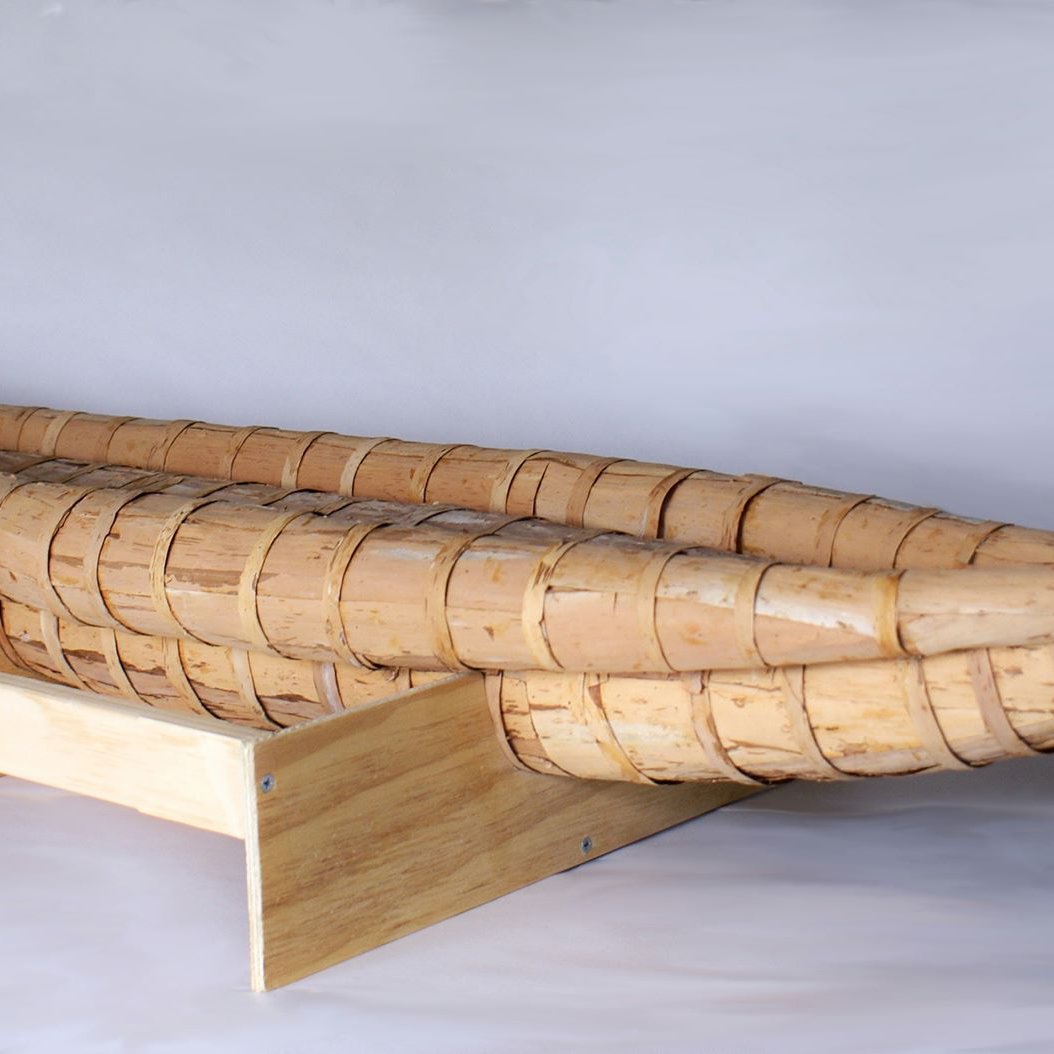 Rex Greeno was born and raised on Flinders Island. His grandfather, Silas Mansell, is the direct family link to his Aboriginal culture and taught him how to fish, hunt, catch and process mutton birds and how to set kangaroo snares. Once Rex finished school, he went cray fishing with his father and his brother and during this trip, he helped build a cray boat. Rex’s years of fishing, experience at sea, and learning skills with his family influenced him to undertake extensive research and experiment in building traditional bark watercraft. Today, he is recognised as a Senior Craftsman continuing important cultural knowledge in the construction and methods of early Aboriginal Tasmanian bark canoes. Rex’s canoes have been collected by National and State museums throughout Australia, including the National Gallery of Australia and the National Museum of Australia in Canberra. Rex works with his son Dean and grandson Harrison to pass on his knowledge and skills of making contemporary bark canoes to future generations.


Dean Greeno is the son of Rex Greeno. He is an artist and researcher who was born on Flinders Island following a long succession of ancestral generations in the Furneaux Islands in Bass Strait. Dean relocated to Launceston with his parents (Lola Greeno and Rex Greeno) in the 1970s. Dean’s practice responds to his cultural origins, family legacy and connections with Country. Known for his practice with driftwood sculptures, Dean has also become active in research and advocacy projects focused on the effects of climate change, in particular, the management of oceans, coasts and waterways. Through his work, he advocates for solutions which draw upon Traditional Knowledge working closely with Aboriginal Elders.