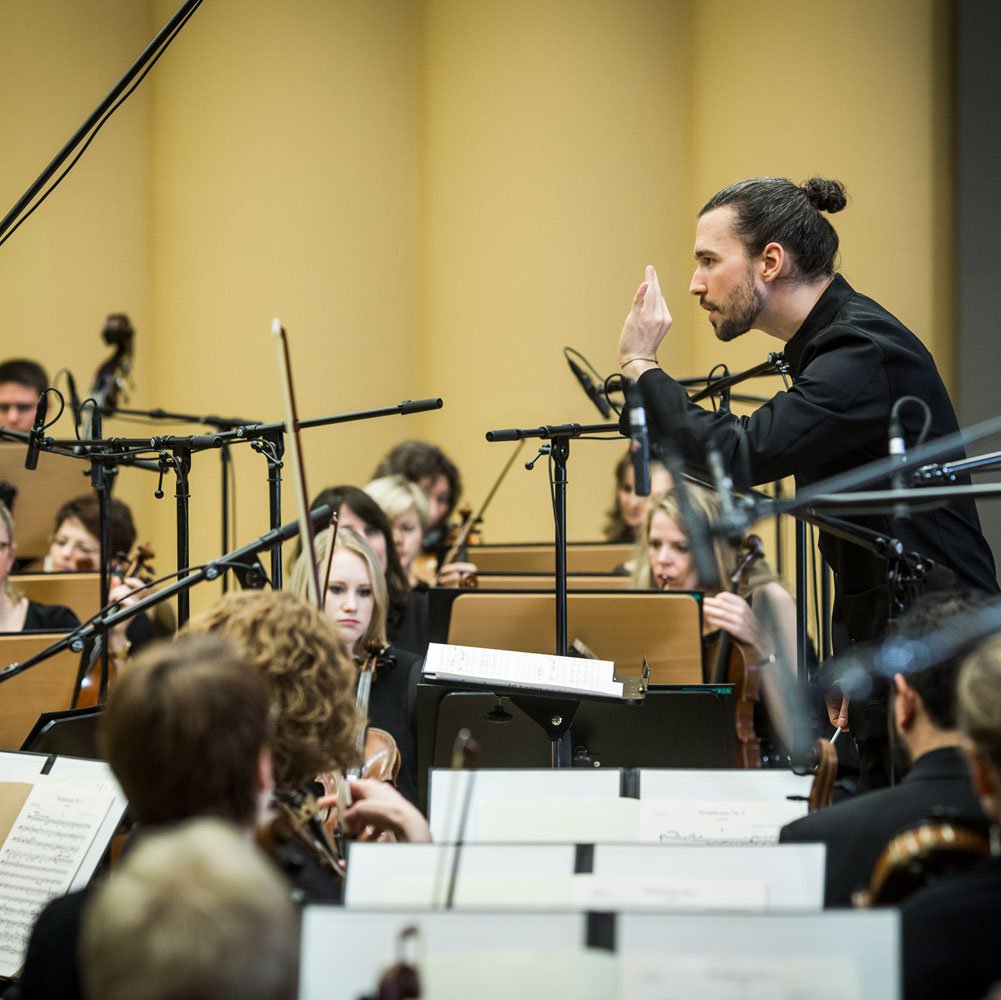 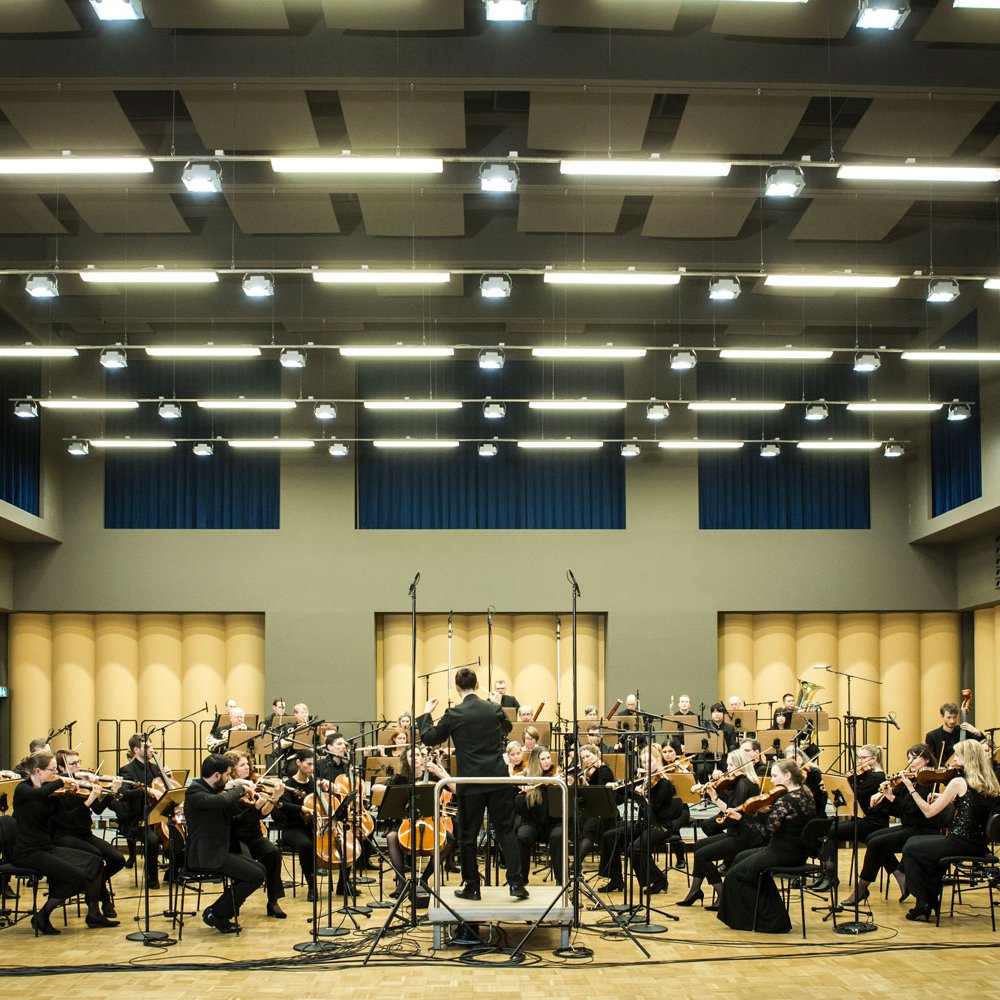 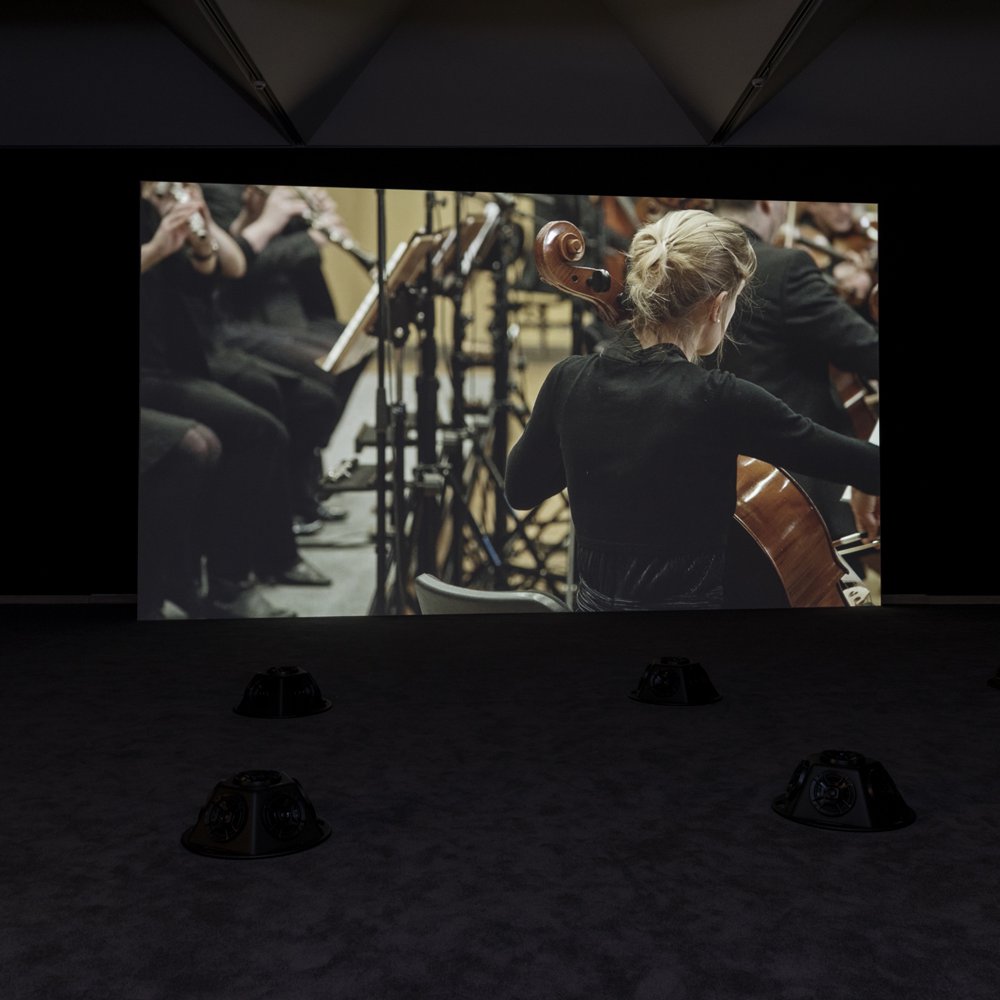 Samson Young’s practice centres upon an attempt to re-present and re-interpret lost or overlooked events of socio-political and personal significance. Formally trained in philosophy and composition, Young approaches complex questions of identity and conflict, without imposing solutions or halting productive dialogue. The composer and sound artist’s process is deeply invested in rigorous, historically grounded research that often involves Young gathering ‘sound sketches’ and recordings that eventually make their way into his multimedia works.

Young has produced a new video and 12-channel sound installation, as part of his ongoing series ‘Muted Situations’, 2014–ongoing. The series foregrounds the masked or unobserved moments that take place in our everyday experience. By consciously ‘muting’ the sonic foreground, the less-commonly noticed layers are revealed. Young has written a series of short instructional texts describing hypothetical situations, a few of which he has already staged, to draw attention to unnoticed sounds. Numbered from one to twenty-two, this expanding set of scenarios range from ‘Muted Dance Party’, ‘Muted Non-Violent Protest’ to ‘Muted Taoist Funeral Ritual of Hell-breaking’.

In the latest iteration of the ongoing project, Muted Situation #22: Muted Tchaikovsky’s 5th, 2018, Young invites the Flora Sinfonie Orchester in Cologne to perform Tchaikovsky’s 5th Symphony in its entirety. The orchestra, however, has been asked to ‘mute’ the musical notes, suppressing the pitched foreground layer of the composition, and bringing forth the sounds produced by physical actions in a performance – the musicians’ focused breath, the turning of pages, or the clicking noises of the instruments’ keys.

On the process of muting, Young writes: ‘... muting is not the same as doing nothing. Rather, the act of muting is an intensely focused re-imagination and re-construction of the auditory. It involves the conscious suppression of dominant voices, as a way to uncover the unheard and the marginalised, or to make apparent certain assumptions about hearing and sounding.’ The process has the effect of disrupting the viewer’s expectations; when the piercing shriek of a violin fails to come forth, it feels anticlimactic, ridiculous even. Young’s situational experiments reveal what is suppressed, enabling us to become aware of another layer of reality underneath the noise.

Commissioned by the Biennale of Sydney with generous support from vA!, Leisure and Cultural Services Department, Hong Kong