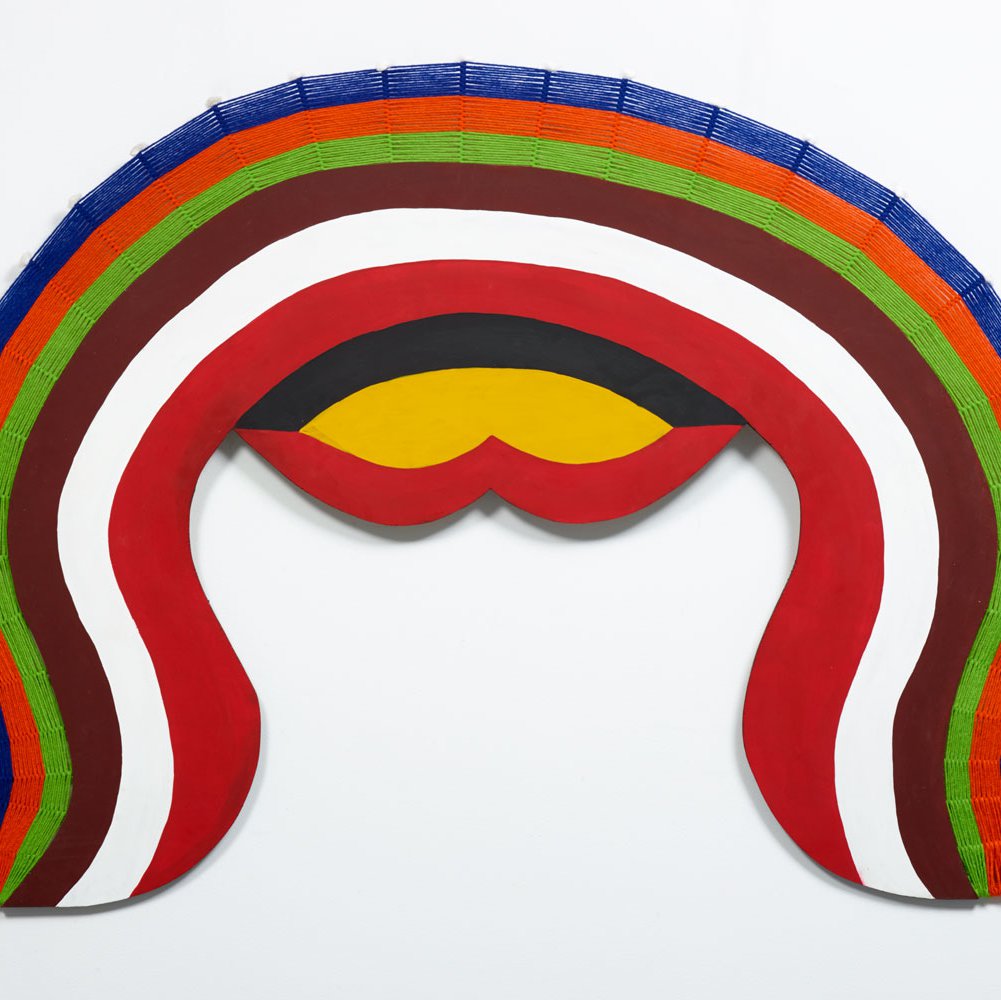 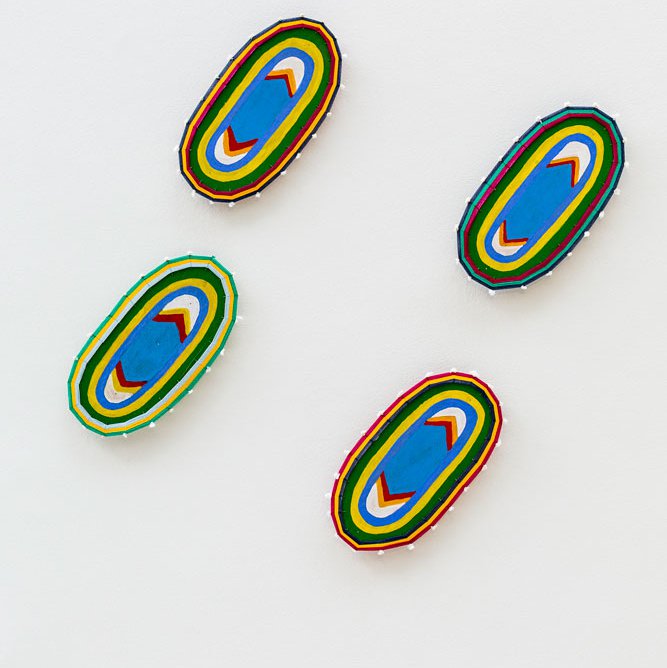 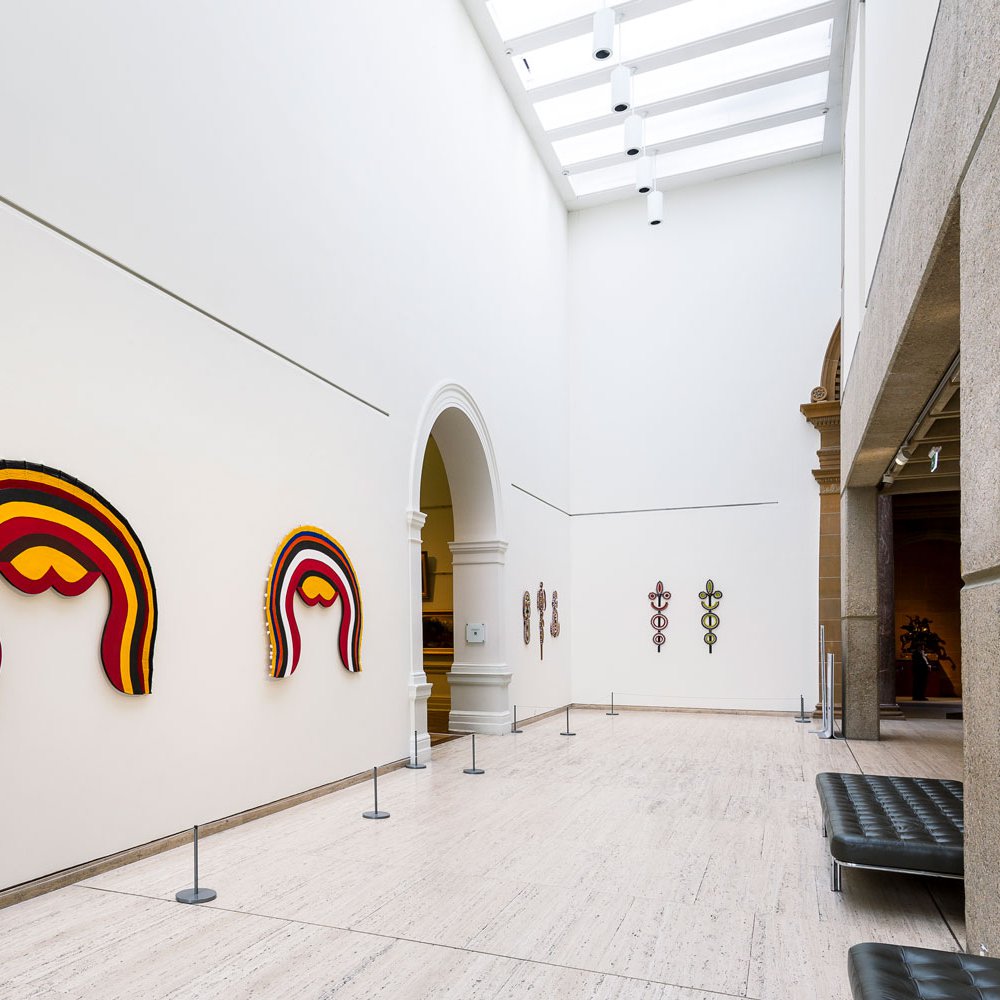 Roy Wiggan. Installation view (2018) at the Art Gallery of New South Wales for the 21st Biennale of Sydney

Bardi elder Roy Wiggan was a senior custodian of the traditional stories and songs of his people and a maker of ilma. Bardi people are saltwater people whose country is located to the north of Broome on the Dampier Peninsula. Navigating the hundreds of rocky islands that litter the blue waters of the Buccaneer Archipelago on rafts constructed from mangrove branches, Bardi people have a deep connection to the ocean and its diverse marine life.

The term 'ilma' refers both to ceremonies performed by Bardi people and to hand-held objects used to teach stories, songs and law. The designs for ilma often refer to physical entities such as animals or plants, as well as meteorological occurrences and oceanic phenomena, though they also embody more complex metaphysical concepts. Traditionally made from bark, ochre, native cotton and feathers, contemporary ilma can also incorporate plywood, acrylic paint and cotton wool.

The appearance and purpose for ilma, including the stories, songs and choreography associated with each ceremonial object, are delivered to their makers in dreams or visions by the spirits of both the unborn and the deceased, known as rai. The designs for Wiggan’s ilma were often brought to him by the spirit of his father, Henry Wiggan, their colours and shapes regularly referencing an incident in which he was swept out to sea when his mangrove-branch raft was destroyed. Alone and adrift in the Indian Ocean, Wiggan’s father miraculously survived for three days before he was delivered back to the safety of Sunday Island by the tides.

Commissioned by the Art Gallery of New South Wales in 1994, Wiggan’s ilma are thought to reference Cone Bay and the extraordinary story of his father’s survival. Though ilma are not objects made for the purpose of exhibition, Wiggan chose to allow his ilma to be shown in the interest of preserving the cultural heritage of his people. A strong community leader, Wiggan was an advocate for passing on knowledge and encouraging younger generations to learn traditional practices, creating a bridge between the past and the future.