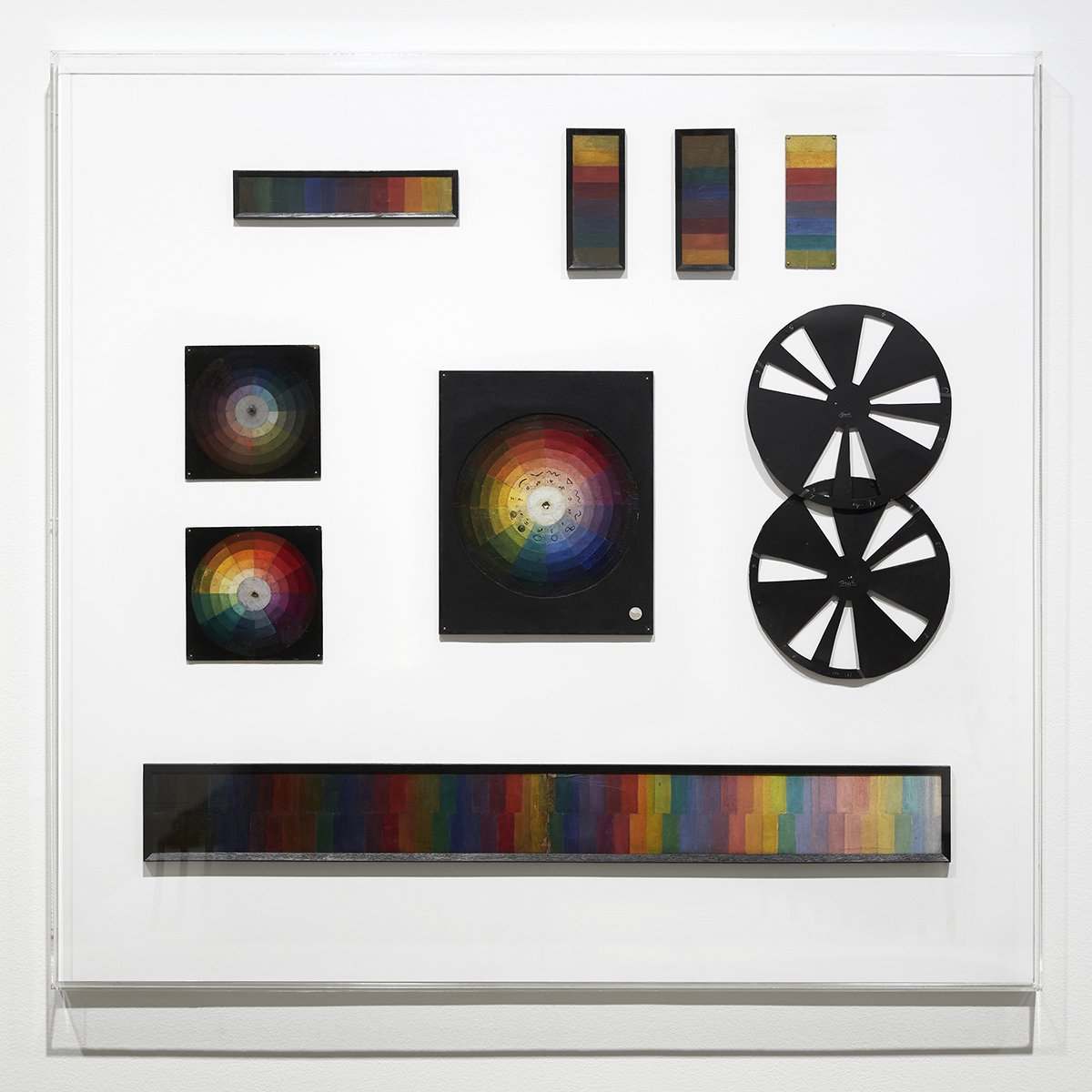 An early exponent of abstraction in Australia, Roy de Maistre is recognised for his preliminary experiments in colour and the application of modernist ideas in his practice. Relocating to Sydney from Bowral in 1913 to study at the New South Wales State Conservatorium of Music, de Maistre also enrolled in painting classes at the Royal Art Society of New South Wales, studying under Italian émigré Antonio Dattilo Rubbo. De Maistre became involved with a circle of artists including Norah Simpson, Tempe Manning, Roland Wakelin and Grace Cossington Smith, who were heavily influenced by the work of the European post-impressionists. Together, they adopted the tenets of Modernism, introducing pictorial flatness and a heightened colour palette in their paintings.

After a brief period in home service during the First World War, de Maistre became fascinated with the unusual colour therapy administered to shell-shocked soldiers. In collaboration with Adrien Verbrugghen, the Conservatorium director’s son, de Maistre developed a speculative theory of ‘colour-music’, posing the intrinsic connections between colours of the spectrum and the musical scale.

Jointly with Roland Wakelin, de Maistre exhibited his theoretical colour investigations in the 1919 exhibition ‘Colour in Art’, held at Gayfield Shaw’s Art Salon, Sydney. Considered a landmark event in the history of Australian Modernism, ‘Colour in Art’ boldly announced the vitality of the avant-garde movement in Australia. Presenting studies alongside completed works, de Maistre and Wakelin demonstrated how their ideas could be applied in practice. De Maistre’s schematic models even entered the realm of interior design and utilitarian usage. In a section of the exhibition titled ‘Colour Organisation in Interior Decoration’, de Maistre exhibited a sequence of colour wheels and scales intended to be used to help with the selection of colour in interior spaces. This system developed into a commercial product, ‘The de Mestre Colour Harmonising Chart’, which was patented in 1924 and sold from 1926.