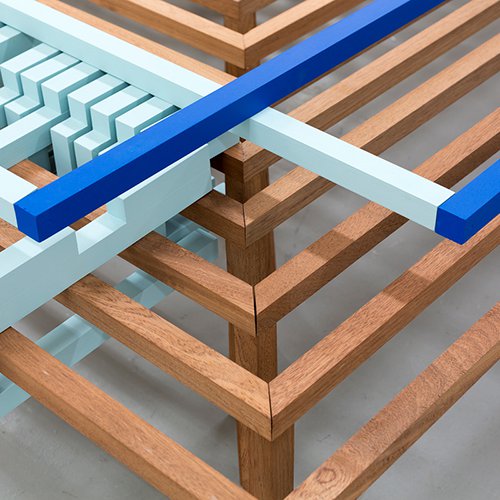 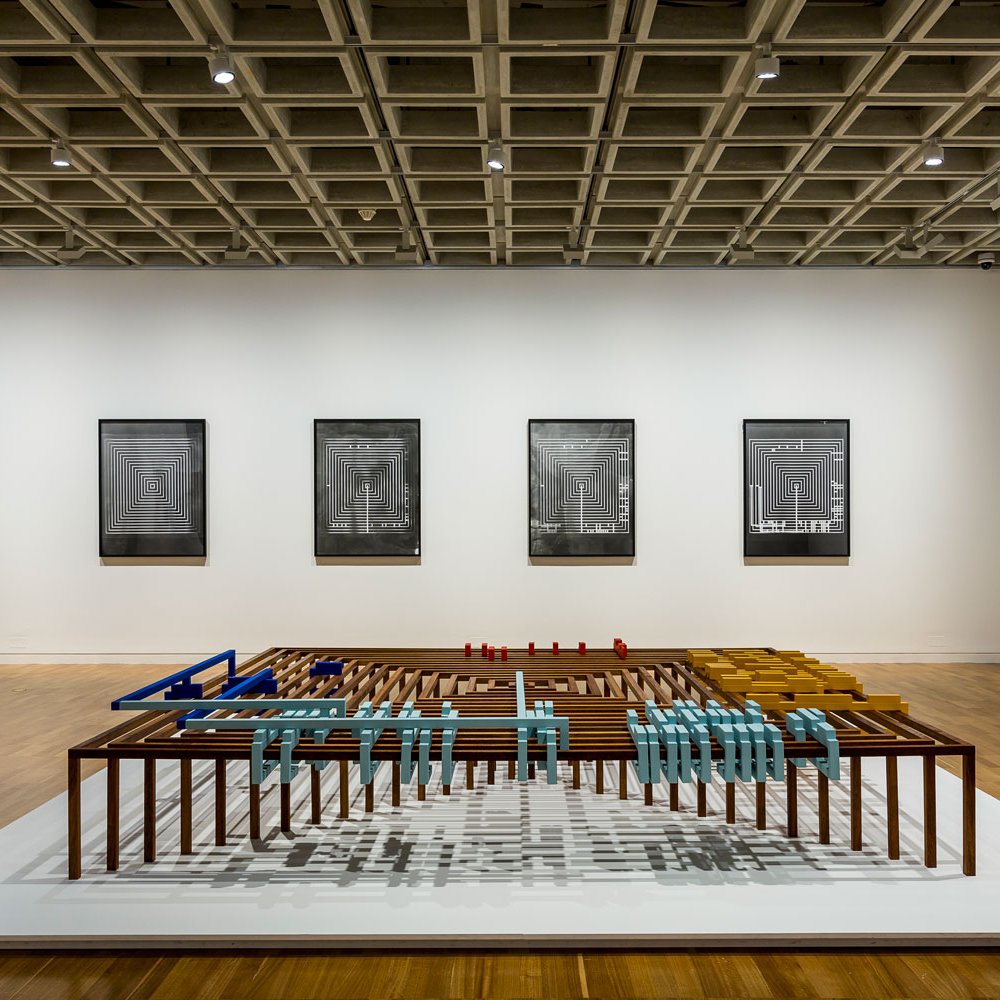 Riet Wijnen. Installation view (2018) at the Art Gallery of New South Wales for the 21st Biennale of Sydney

Riet Wijnen’s practice is often concerned with revisiting, reworking or expanding upon historical events and ideas, using textual forms to present research. Wijnen frequently returns to abstraction as an artistic movement and as a broader concept, testing the scope and breadth of certain versions and uses of the term. In this way, Wijnen’s works can be read as thought experiments; exploring the potential of imagined scenarios as a way to open up and question historical and socio-political constructs.

Wijnen’s series of works titled ‘Sixteen Conversations on Abstraction’, 2015–ongoing, exemplifies the artist’s interest in setting up impossible conditions to enable the commingling of disparate ideas. The main organising principle of the project is a series of fictional conversations, subsequent works and a sculpture, accompanied by materials including photograms and documentation. The work facilitates the meeting of different perspectives on abstraction and follows each conversation and its concomitant nuances, detours and digressions. In their dialectical formation, these constructed dialogues are reminiscent of the Socratic method; drawing out unexpected links between seemingly incongruent ideas.

Wijnen’s newly commissioned installation is formed around Conversation Six, the most recent iteration of the series. The project is centred around a fictional dialogue between British Constructivist Marlow Moss, 1889–1958, and Australian artist and pioneer of modernist painting, Grace Crowley, 1890–1979. This dialogue compares the lives of these two female abstract artists through the lens of the different personal, professional, political and social relationships they embodied.

The second text-based work in the project, titled Grace Crowley, presents an alternative biography in fragmented letter form. Drawing on Crowley’s archived correspondence with fellow artists, curators, lovers and acquaintances, Wijnen has focused on the letters Crowley received in response to her own. By solely reconstructing the life of Crowley via the words of others, Wijnen speculates on the ways in which an individual can exist as an entity on the one hand and a living set of relations on the other. The letter format takes on a poetic quality, re-presenting facts along with rumour and hearsay to formulate a new comprehension of history and history-making. Wijnen employs contradiction and inconsistency to intentionally disrupt the logical progression of the texts, subjecting history to contestation.

The presentation is accompanied by a diagrammatic sculpture that maps the conversations in the series, while the photograms chart the development of the sculpture. Wijnen is also conducting a performative reading of a script derived from the text-based works at the Art Gallery of New South Wales against the backdrop of Crowley’s paintings.