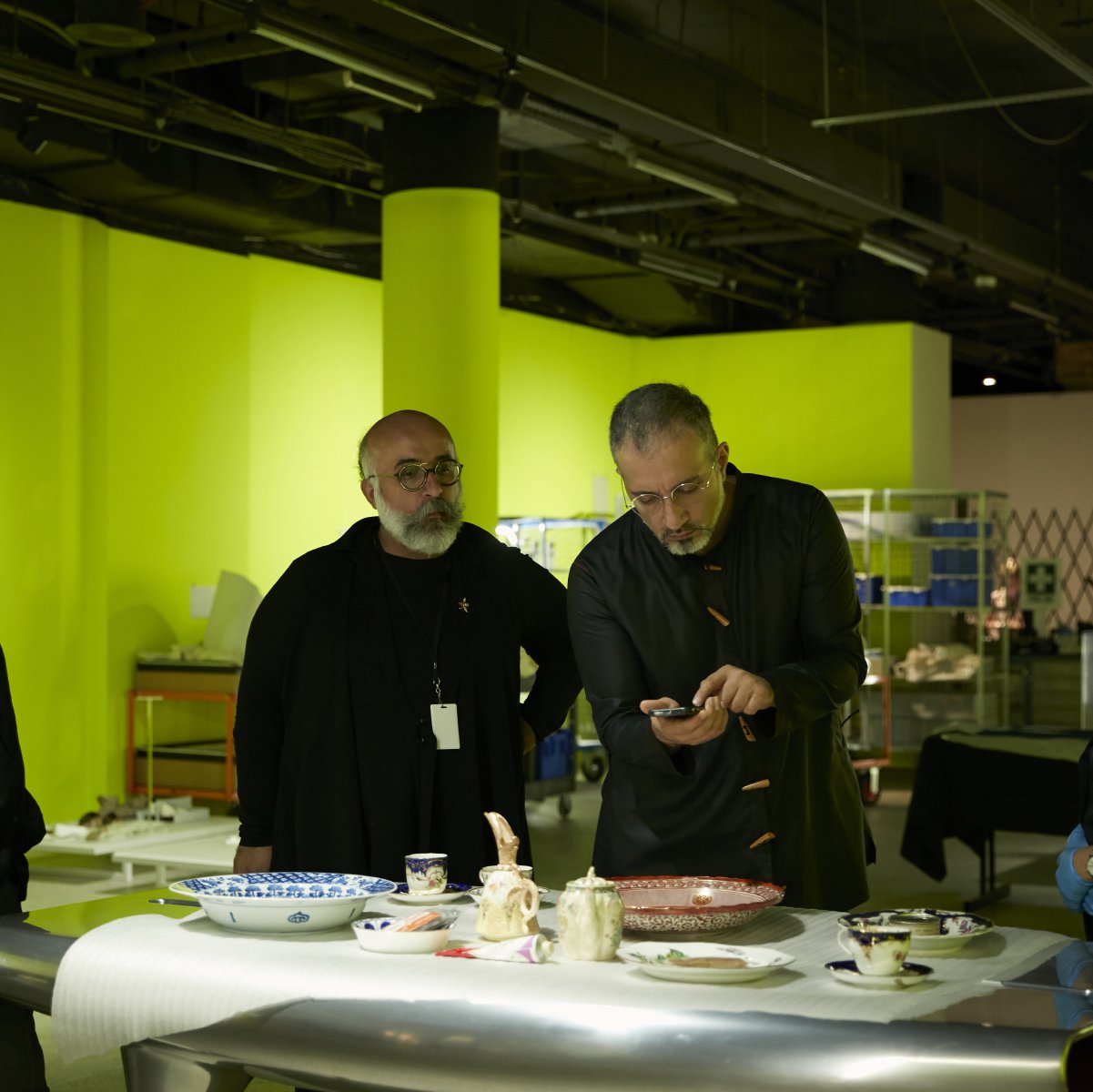 "From Sea to Dawn is a moving painting – a montage where every single frame is an individual painting without tracing the movements of the source material. Through interruption and distortion, this work aims to transform and estrange the familiar in order to create an obstacle, to make the viewer rethink the issue from a new standpoint and evoke different emotions."

For the 22nd Biennale of Sydney, Dubai-based artists Ramin Haerizadeh, Rokni Haerizadeh and Hesam Rahmanian present installations at Campbelltown Art Centre and the Powerhouse Museum. Exhibited at Campbelltown Art Centre, From Sea to Dawn engages over 2000 altered frames of footage to intervene in and subvert media imagery of migrants and representations of the European refugee crisis. Often sensational at the expense of those fleeing war and disaster, the abundance of such imagery throughout popular media outlets can desensitise and dehumanise the people requiring support, and who do not have access to means of self-representation themselves. This video work becomes a moving ‘painting’ – a painted and inky surface that interrupts, distorts, and mirrors in on itself like a Rorschach image (a psychological test that looks like a butterfly image made from inkblots which is then analysed using psychological interpretation or algorithms) or the visual language drawn from Islamic cultural imagery, architecture and geometry. From Sea to Dawn both protects the subjects and their devastating journey, while also imbuing the news source material with possibilities of beauty and empathy.

Incorporating and disorganising objects from the Powerhouse Museum collection, Ramin Haerizadeh, Rokni Haerizadeh and Hesam Rahmanian's expansive installation I Prefer Talking to Doctors About Something Else takes the form of visual poetry. This project, includes artefacts such as Skylab space debris, a donkey’s hoof, anatomical models, ceramics, and textiles. Their project institutes a sweeping arc across themes of grief, the body and healing.

Ramin Haerizadeh, Rokni Haerizadeh and Hesam Rahmanian have been working and living in Dubai since 2009. The seeds of their language were sown as early as 1999, back in Iran. Their practice offers up a novel redefinition of the collective, as theirs is constantly growing and contracting to incorporate friends, writers, and artists at large. For the past decade, they have lived through a self-designed discipline, defining strategies of object making and naming their own terms for their approach.


Presented at the 22nd Biennale of Sydney (2020) with generous support from the Powerhouse Museum and Open Society Foundation and assistance from NIRIN 500 Patrons. Courtesy the artists; Galerie In Situ Fabienne Leclerc, Paris; and Gallery Isabelle van den Eynde, Dubai.

From Sea to Dawn engages over 2000 altered frames of footage to intervene in and subvert media imagery of migrants and representations of the European refugee crisis.

Ramin Haerizadeh, Rokni Haerizadeh and Hesam Rahmanian,  I Prefer Talking to Doctors About Something Else, 2020

Presented by Powerhouse Museum as part of NIRIN WIR, the 22nd Biennale of Sydney

Photograph: Ramin Haerizadeh, Rokni Haerizadeh and Hesam Rahmanian, I Prefer Talking to Doctors About Something Else, 2020. Photograph: Emily McTaggart

Ramin Haerizadeh, Rokni Haerizadeh and Hesam Rahmanian, I Prefer Talking to Doctors About Something Else, installation view, 22nd Biennale of Sydney at the Powerhouse Museum, 2020