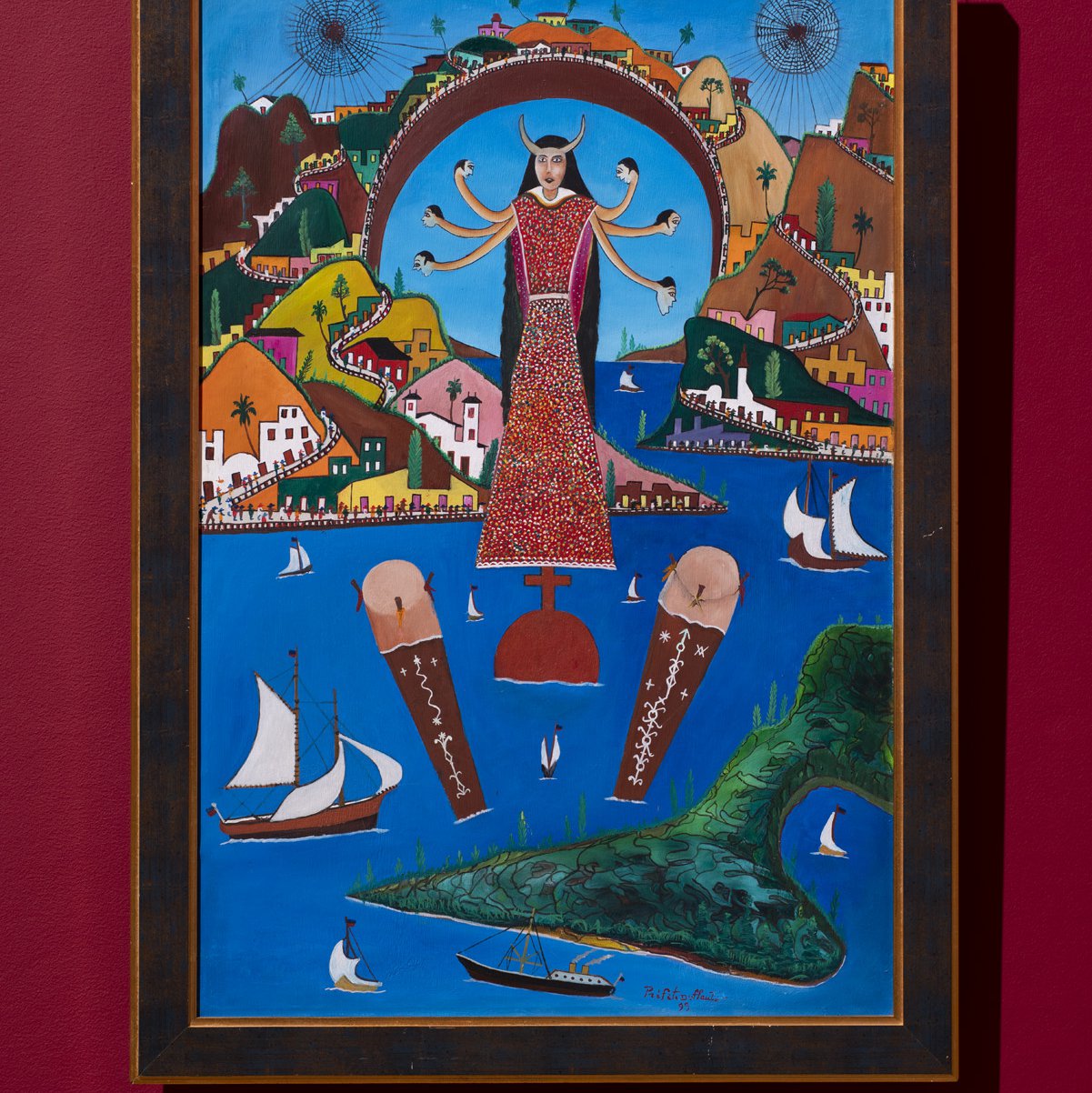 Préfète Duffaut started painting after an experience he had in a dream where a woman, who he believed was either the Virgin or his own wife, came to him and said, ‘Préfète, when you wake up in the morning I want you to start painting’. His paintings vividly depict his dreams – which were of imaginary cities and boat-filled harbours in the bay of Jacmel – and reveal his poetic sense, mystical tendencies and broad imagination.

Duffaut’s paintings present the viewer with scenes from seemingly imaginary worlds, yet rather than entirely surreal dreamscapes, they are built from the many signs and symbols that form the tangible and intangible layers of a place. Drawing upon and mixing histories, myths, ceremonies, cities, people, spirits and symbols – from both Vodou and Catholicism – Duffaut’s paintings depict worlds that he might have inhabited, or those he has felt, imagined and composed. This sense of world-building is enhanced by perspectival shifts and varied use of scale – his figures seem to rise up against other planes of small detail, creating intricate topographies encompassing the spiritual, cultural, historical and material layers of a place.

Préfète Duffaut had a difficult childhood as his mother passed away when he was twelve years old. He was a shipbuilder, artist, poet, and a mystic. He was one of the most notable early attendees of the Centre d’Art, Port-au-Prince, founded by Dewitt Peters in 1944. During this time, Duffaut was one of the artists commissioned to paint murals in the Saint Trinity Cathedral of Port-au- Prince, which was later destroyed by the earthquake of January 2010. Duffaut has exhibited in many museums and art galleries internationally.