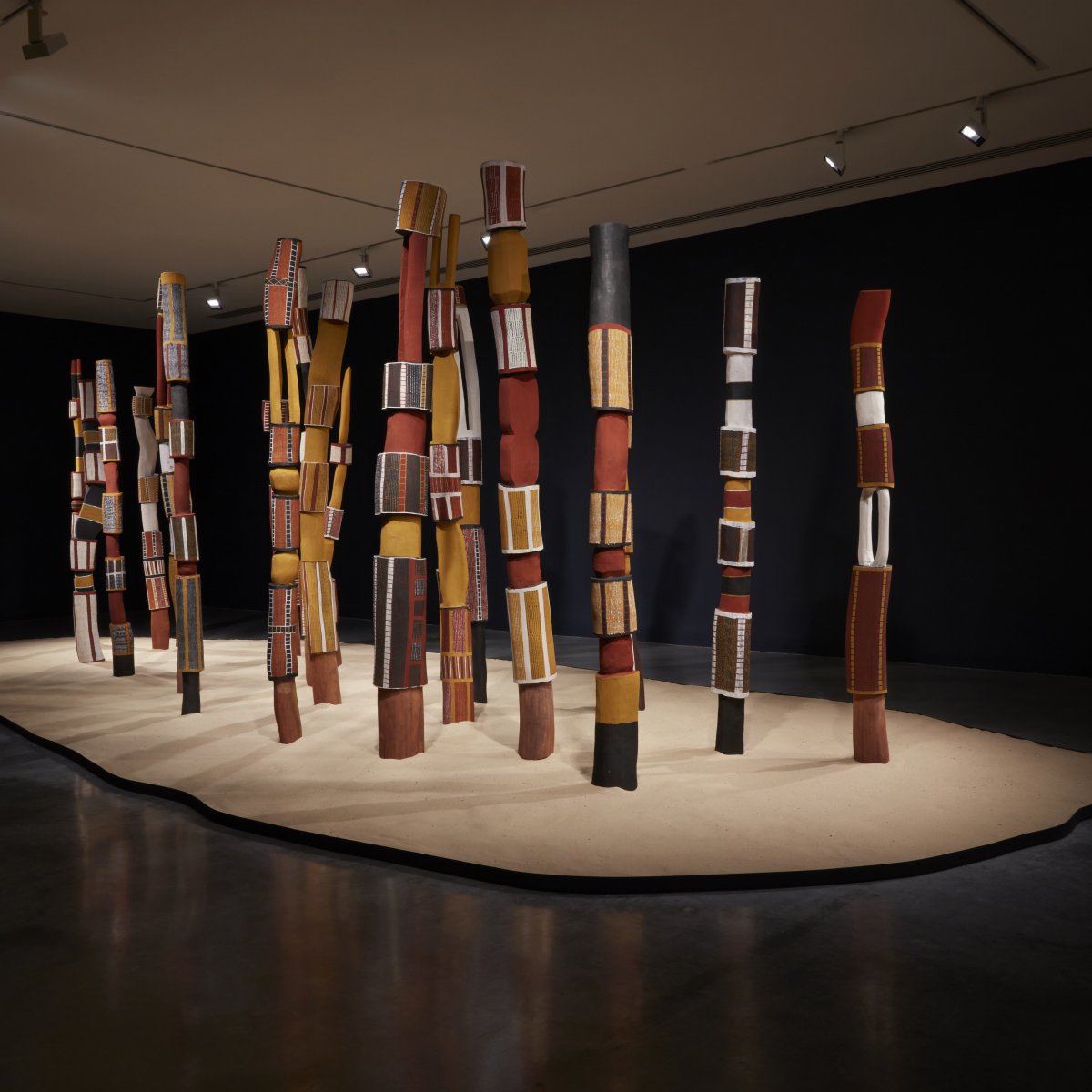 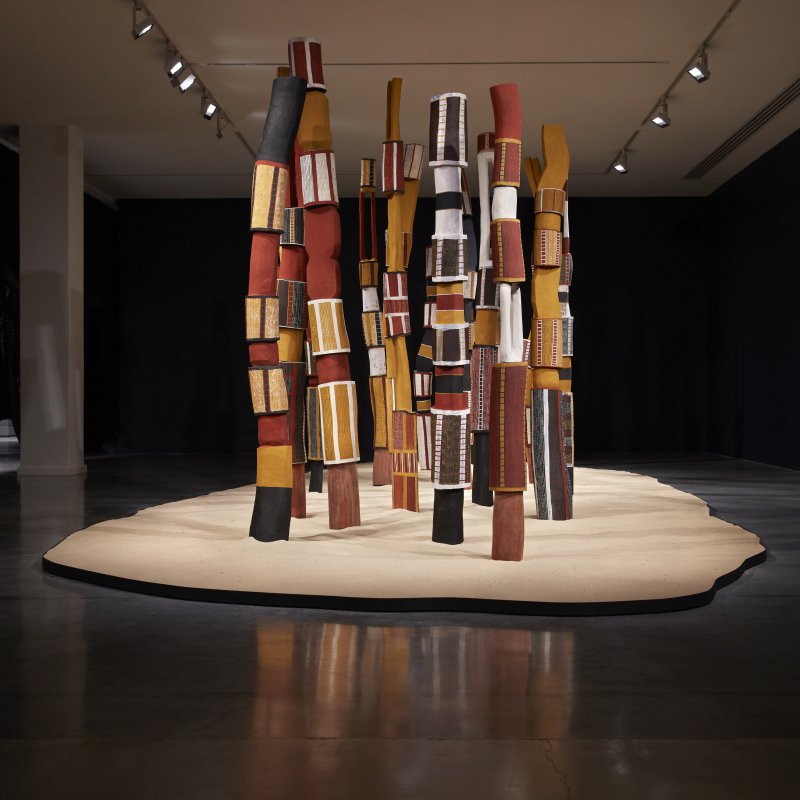 "When a person passes away, six months later the family gets together and decides if they will go ahead with the ceremony … All of the in-laws come and bring tomahawks, white ochre, a lighter. A tomahawk to go and cut the timber; the white ochre to paint the timber; and the lighter to burn the grass, to keep the spirit away while you are working on the poles. When they make the poles, sometimes the families of the deceased person – the Pukumani – go and see the workers and sometimes sit down and share food, but someone has to feed them. Pukumani people are not allowed to touch the food. Later, with the Pukumani poles we go to the ceremonial ground, [and] with dancing and singing we show our respect to the dead. Pukumani is more a celebration, more a goodbye ceremony, like: “Goodbye, see you next time in your Country.”"

Pedro Wonaeamirri’s installation is steeped in Tiwi tradition. Made in collaboration with senior carver Patrick Freddy Puruntatameri, the artist’s contemporary practice has its foundations in Jilamara – design derived from ceremonial body painting, applied to tutini (mourning poles), tunga (folded bark bags) and associated ritual objects made for ceremony and Tiwi yoi (dance). This practice is in lineage with the artistic practice of creating new tutini, traditionally commissioned for Pukumani ceremonies, specifically for public exhibitions. This immersive installation of tutini is imbedded in sand with immersive sounds of Wonaeamirri singing on Country.

Commissioned by the Biennale of Sydney with generous support from the Australia Council for the Arts
Courtesy the artist; Jilamara Arts and Craft, Milikapiti; and Alcaston Gallery, Melbourne
Additional carving by Gerry Mungatopi, Jason Palipuaminni and Pius Tipungwuti