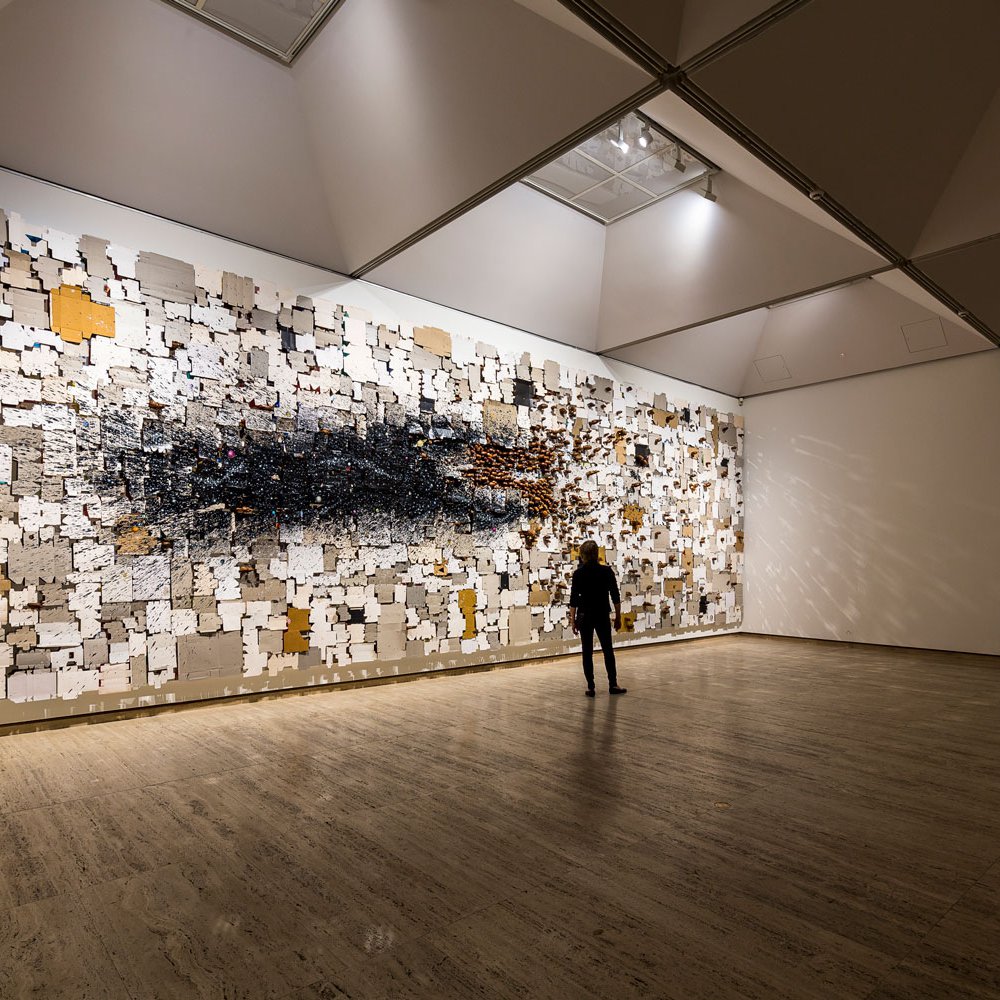 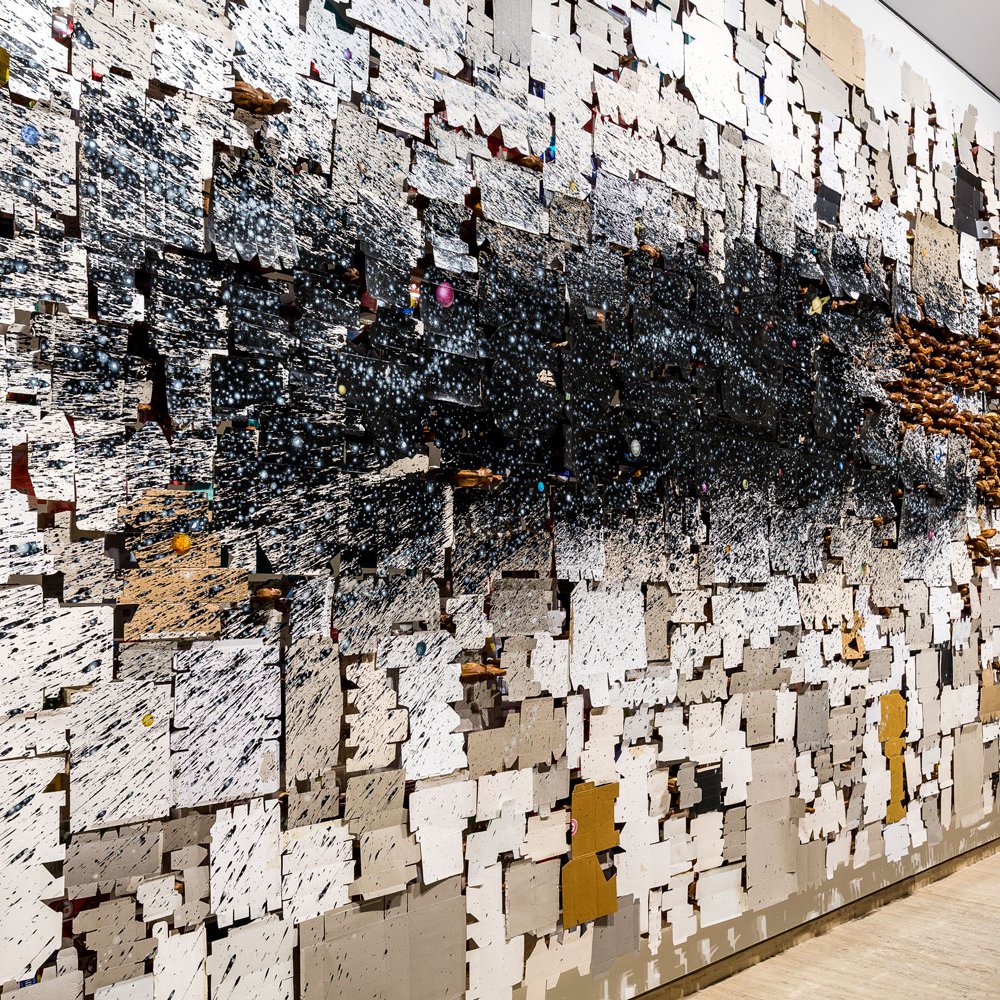 Born 1969 in Mysore, India
Lives and works in Mysore

Highly attuned to the minutiae of individual events, N.S. Harsha’s detailed paintings, sculptures, site-specific installations and publicly engaged projects emphasise small moments that constitute larger events. Harsha draws on a diversity of traditions, including Indian painting and the ‘Company’ style, which developed out of colonial interest in ‘native’ life in the eighteenth and nineteenth centuries, popular art, comic books, children’s textbook illustrations and the Western canon of art history. Harsha’s attention to locally specific events provides a way into examining issues relating to globalisation, cultural transformation, socio-economic disparity and labour relations. In Harsha’s artworks, the global is always present in a local context.

Reclaiming the inner space, 2018, is a wall-mounted installation constructed from a series of hand-carved wooden elephants sandwiched between a layer of unfolded cardboard packaging and acrylic mirror. The printed graphics on the packaging face inwards, visible only on the reflective surface of the mirror. Collected from a range of sources, including friends, family and recycling facilities, the unprinted side of the packaging facing the viewer is covered in a metaphorical representation of the cosmos and its aggregation of planets, stars, dust and gas. Exploring the way in which global phenomena can be traced to a local moment, Harsha’s installation alternates between macro- and microcosmic situations to address rapid modernisation, mass production and consumerism or consumeraj – a term conceived by the artist to refer to the British Raj’s social and institutional impact on Indian society – as well as our changing relationship to nature.

Having regularly visited the same market in Mysore since his childhood, Harsha witnessed first-hand the rise of supermarkets in the city, resulting in drastic changes in food habits and cultural practices. The artist now spends time wandering through grocery store aisles, observing the brightly coloured packaging on display. Harsha treats these spaces as sources of inspiration; occupying the position of a detached onlooker, he is a consumer of a different kind. Harsha’s inclusion of packaging materials draws attention to globalisation that threatens to dilute regional diversity.

The carved wooden elephants refer to the ornamental objects one can find in Indian souvenir stores, but also allude to the wider significance of elephants in Indian culture. Recalling elephant processions involved in Mysore Dasara festivities, a major annual Hindu festival celebrated at the end of Navratri every year, the elephants also represent the natural world; carrying the ‘weight’ of human interventions into the environment. Harsha reveals an inward-looking world, caught between an increasingly self-referential globalised culture and the greater cosmos beyond.

Commissioned by the Biennale of Sydney with generous assistance from Julian Knights AO and Lizanne Knights; Victoria Miro Gallery, London and Venice; and Mami Kataoka