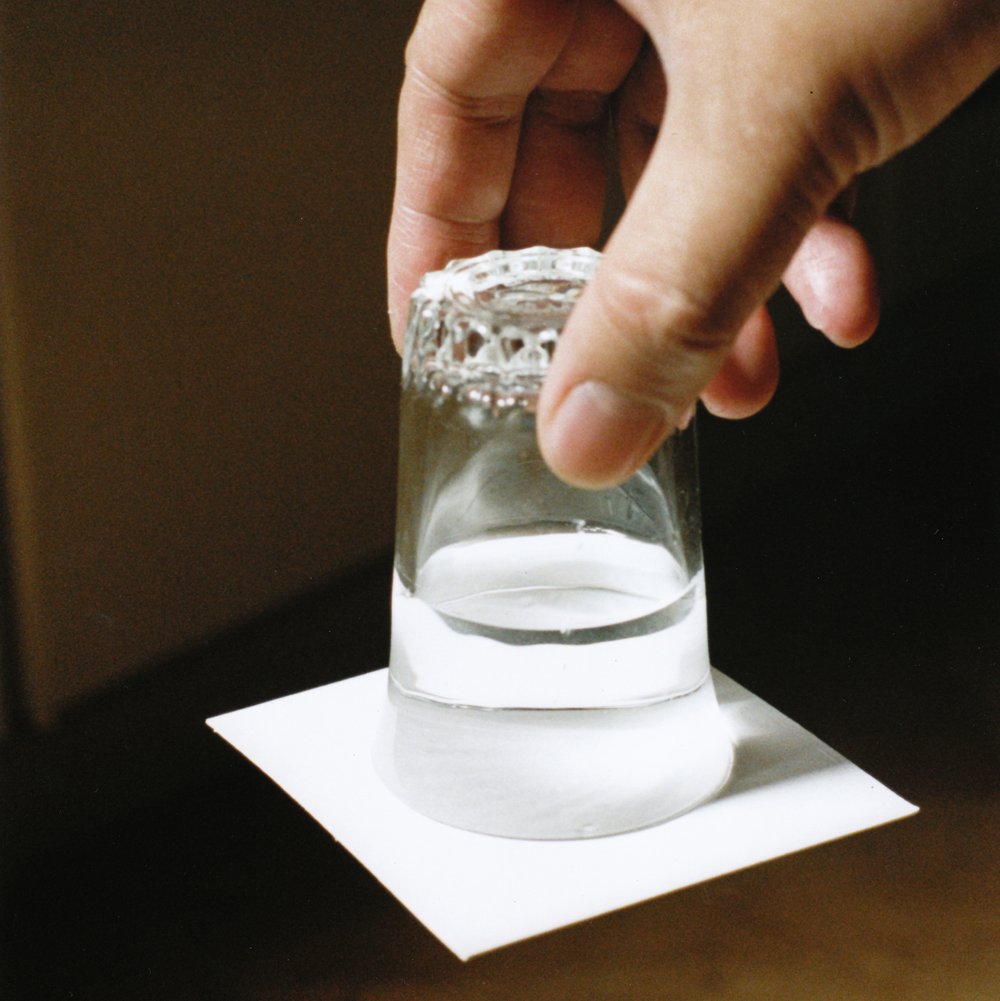 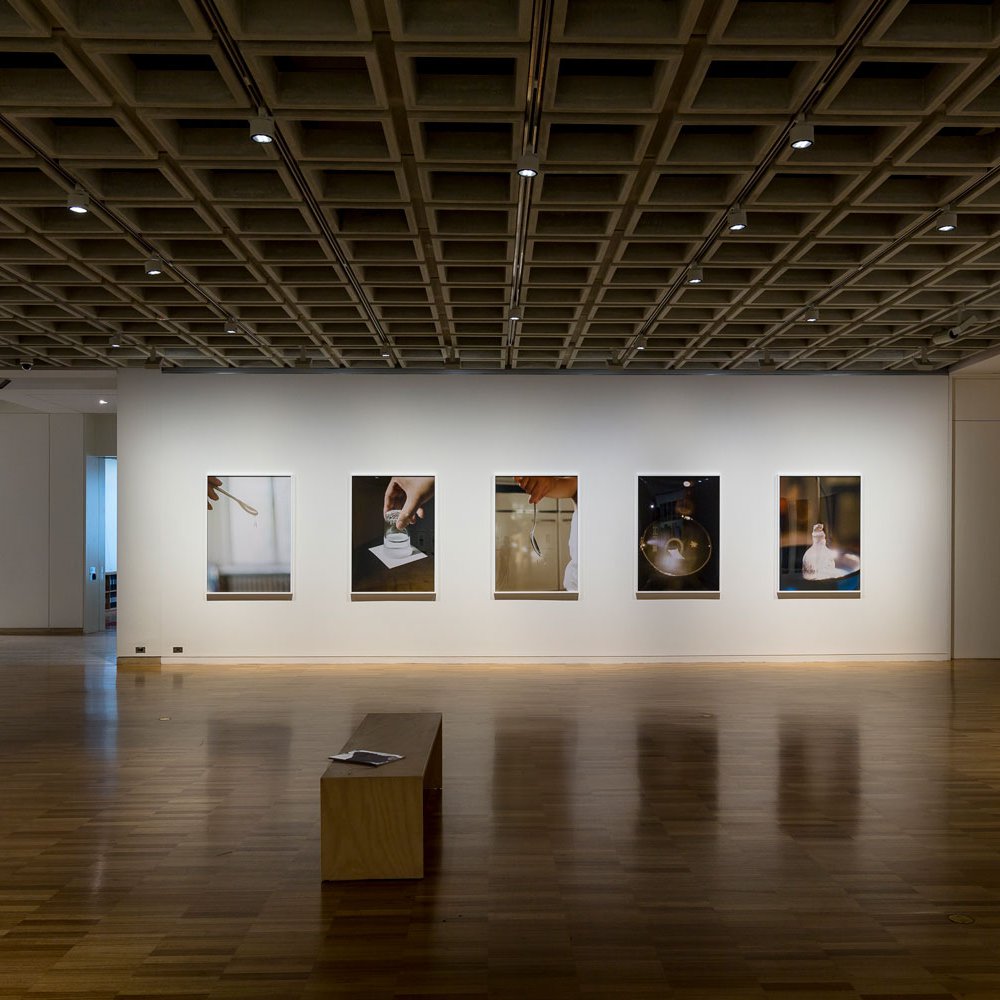 Noguchi Rika. Installation view (2018) at the Art Gallery of New South Wales for the 21st Biennale of Sydney

Born 1971 in Saitama, Japan
Lives and works in Okinawa, Japan

Noguchi Rika communicates with the universe in her own way, creating images of the world that are often described as painterly and poetic. Known for photographs that closely observe and document her experience of the world, Noguchi seeks to capture the small truths and moments of beauty that often pass by unnoticed in the course of daily life; ordinary occasions that hold universal resonance.

‘Small Miracles’, 2014, is a collection of images that study the science of the everyday, revealing some of the invisible forces that surround us. In one image a drop of viscous liquid hangs suspended from a utensil, articulating the inescapable pull of gravity. Another photograph captures a metal ring miraculously attached to a spoon, disclosing the often overlooked wonder of magnetic attraction. Noguchi notes that ‘our daily lives are filled with small miracles that we don’t notice. Being invisible, they are difficult to capture in a photo. Things we can’t see, but they are there: those are the things I want, somehow, to photograph. I wish to make an artwork that one could feel the richness of the world where we life right now, by looking at that photograph.’ Conducting a series of simple experiments and capturing quiet moments in time, Noguchi makes visible the unseen phenomena that affect our daily lives and our experience of the world.

Until recently Noguchi was based in Berlin, Germany, where she lived for more than a decade. Recording her experience of the city with an analogue film camera, she created ‘To the Night Planet’, 2014, a series of images shot from the window of the M29 bus as it journeyed through the streets of Berlin from Charlottenburg to Kreuzberg. Noguchi’s photographs transform Berlin into a luminous wonderland lit by the artificial glow of street lamps, headlights, neon signs and traffic lights. Having recently returned to Japan, Noguchi has settled on the island of Okinawa where she has continued her daily practice of exploration and documentation. In ‘Untitled (Oujima)’, 2017; Cucumber 21 August , 2017; and Cucumber 22 August, 2017, Noguchi has brought together a series of images that capture the simplicity and beauty of everyday life in Okinawa.

Presentation at the 21st Biennale of Sydney was made possible with assistance from the Japan Foundation, the Australia-Japan Foundation of the Department of Foreign Affairs and Trade and Taka Ishii Gallery, Tokyo