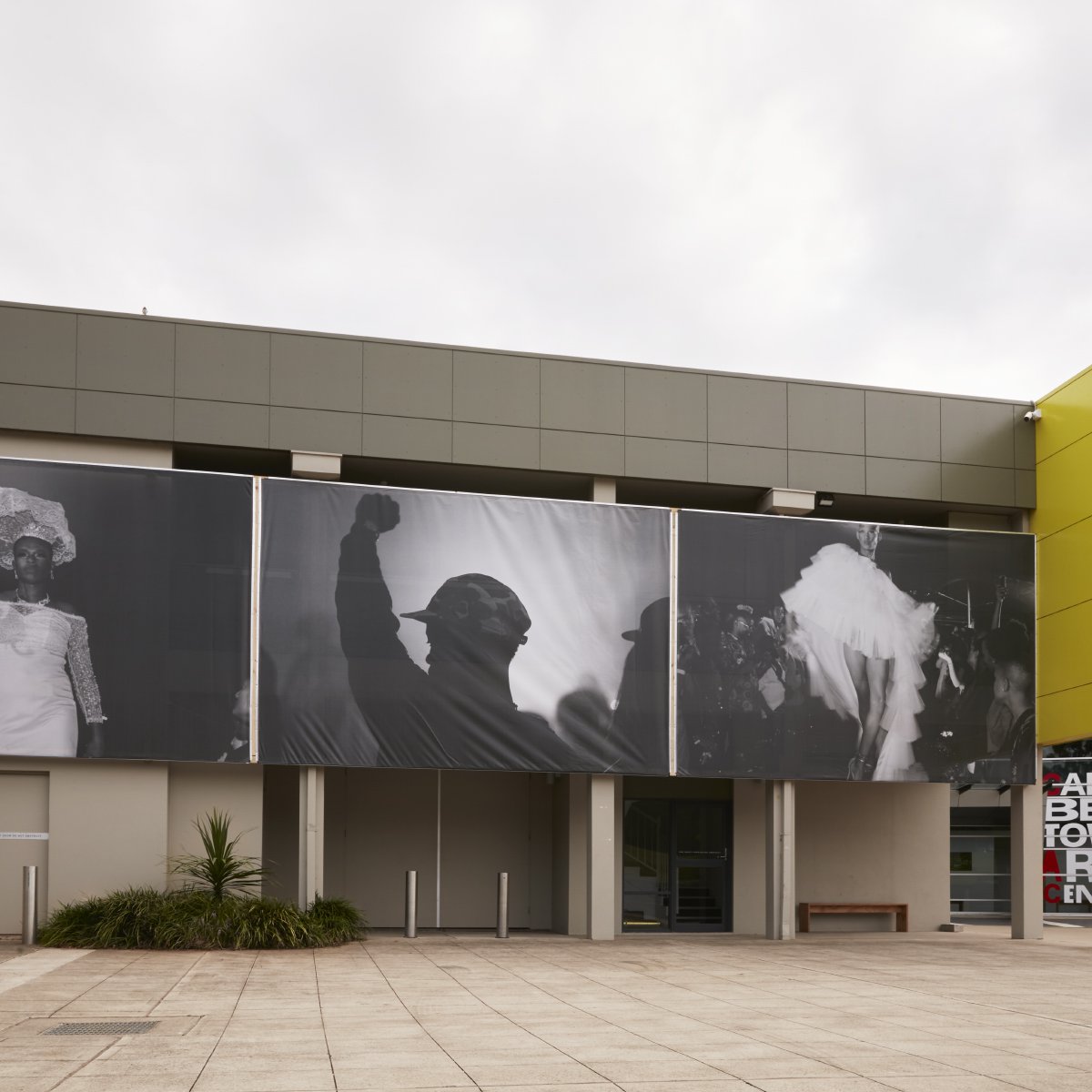 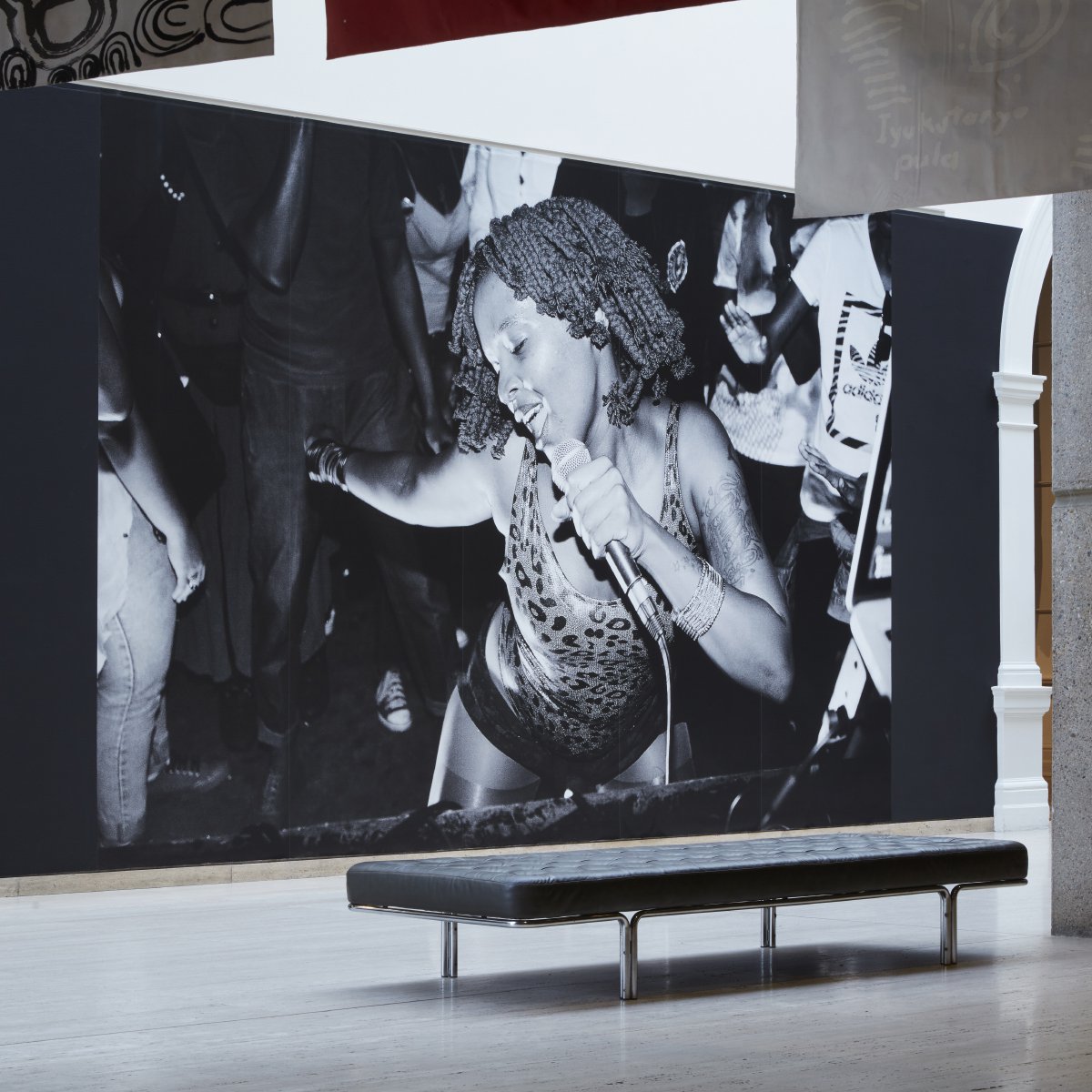 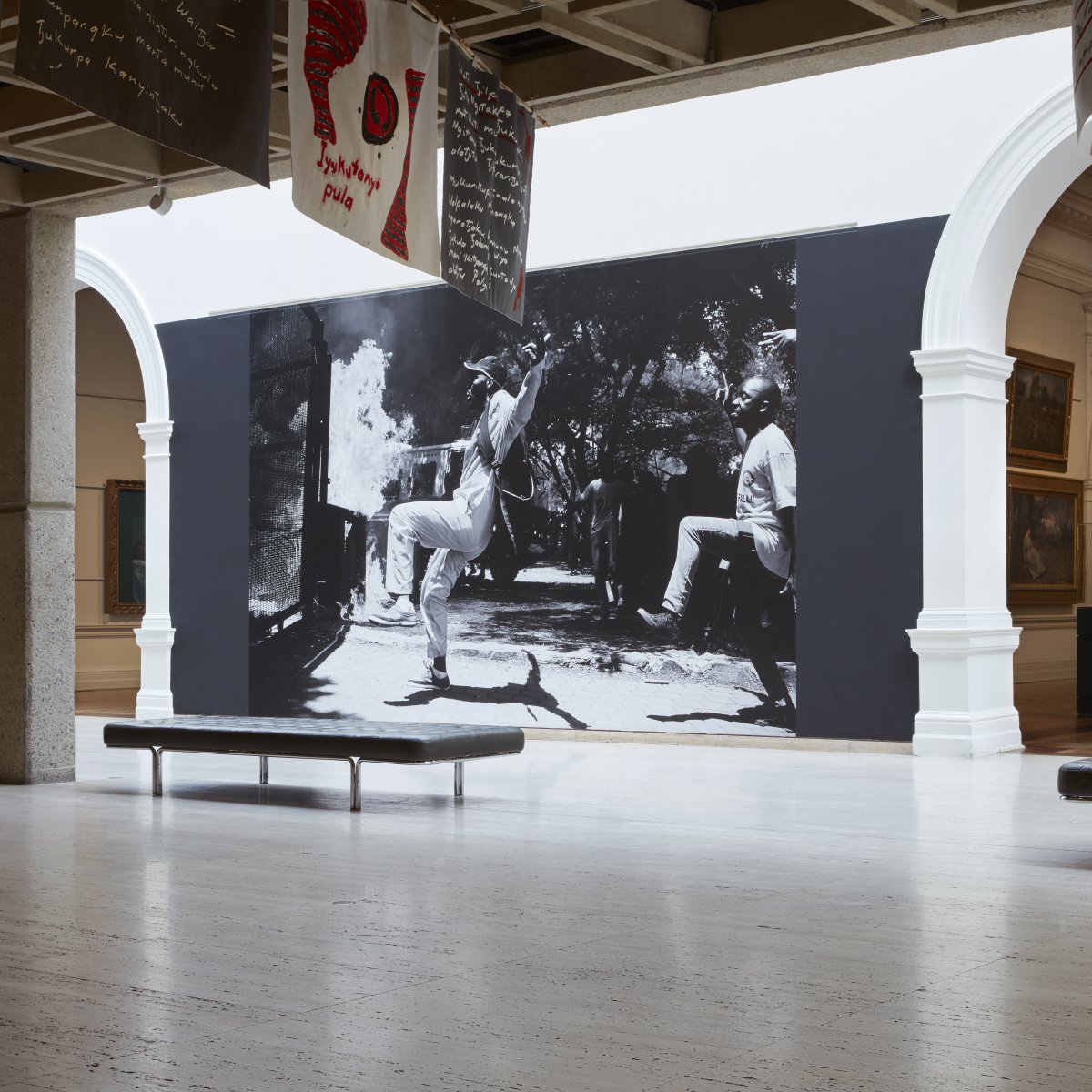 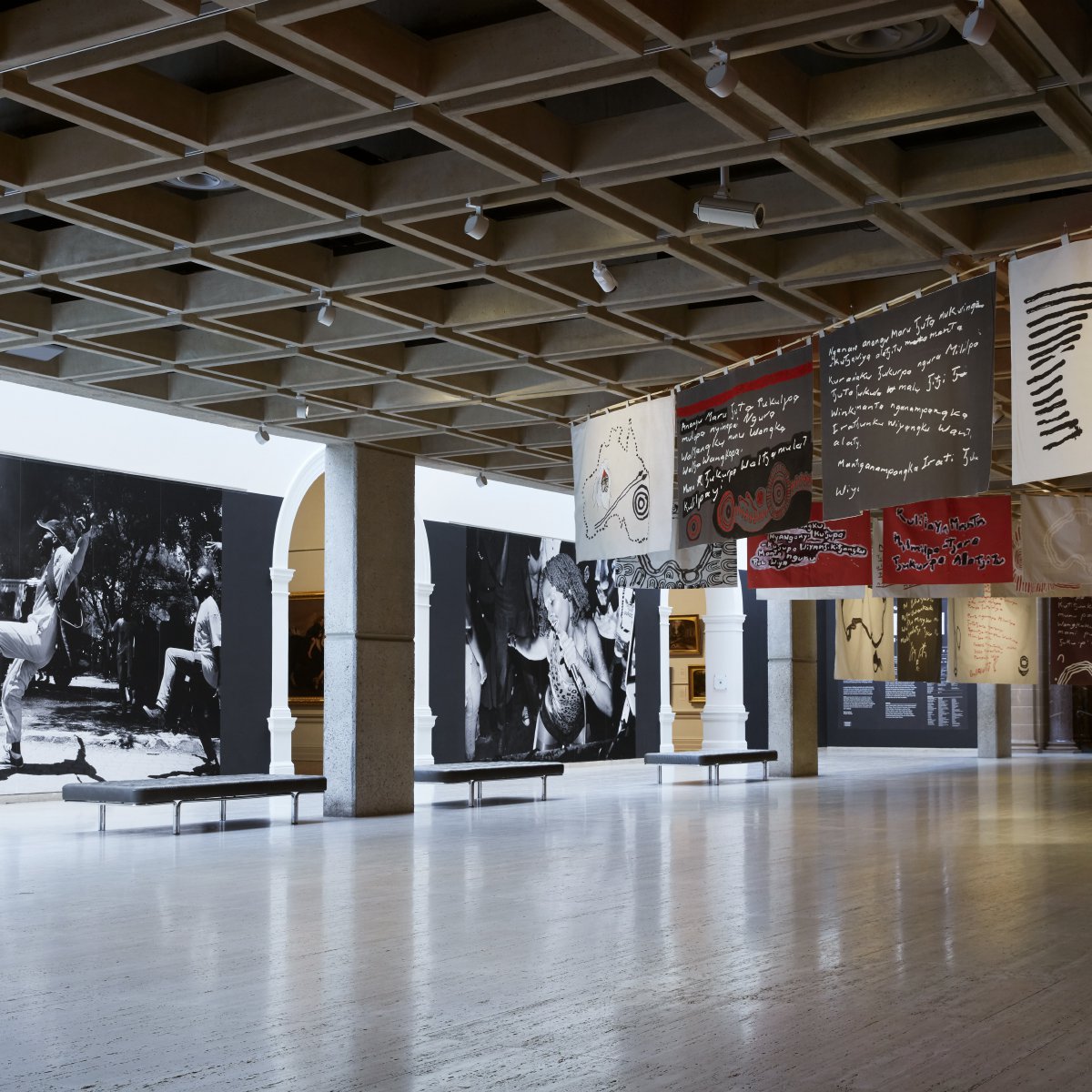 “I wanted to find a tool and a voice that would allow me to contribute to, and transform, critical and progressive narratives about my country and people. Visual arts and photography, in particular, became the vehicles that have given me the edge to make it happen.”

Covering the entrance façade of Campbelltown Arts Centre, Nxumalo's photographs rather than defining spaces, such as clubs and protests, as different worlds, capture the intimate in public movements of young people across collective spaces, often capturing a common spirit and energy. Clubs can become fertile spaces for the sharing and testing of politics, while jubilant bodies in motion that gesture towards dance energise sites of protest. A raised fist and a strident walk down a catwalk, darkly lit club settings and collective movement to music or at a protest, Nxumalo often navigates spaces of both individual creative expression within dynamic collective gatherings, places of joy, resistance, and sharing space, his work becomes an archive of South African youth culture as it moves.

At the Art Gallery of New South Wales, Nxumalo’s energised photographs are wallpapered across the entrance wall to the Grand Courts, projecting a youthful vibrancy that is infectious and transformative. The placement of these photographs is deliberate in acting to re-configure the space and energy of the ground floor of the Gallery, while also in dialogue with Barbara McGrady’s photographs across the room.

Nxumalo’s photographs capture the joy of individual and collective expression, presenting a positive image of youth culture that dissolves the binary of idleness and productivity through which young people are often reductively framed. Whether it be the student-led #feesmustfall movement or a jubilant moment of dance, these motions transform the future and both celebrate and activate change.

Musa N. Nxumalo received his introduction to photography at the Market Photo Workshop in Johannesburg, along with Sabelo Mlangeni and the late Thabiso Sekgala who together are often associated with the new generation of contemporary South African photographers. He completed the Foundation and Intermediate Courses at Market Photo Workshop between 2006 and 2008, and has since participated in several workshops and master classes. In 2015, he was nominated for the prestigious First Book Award by the African Literature Association. Other awards he has received include the Edward Ruiz Mentorship in 2008, second prize at the MTN CITY Festival in 2009 and first prize in Visual Art at the ImpACT Awards, South Africa in 2010.

Presentation at the 22nd Biennale of Sydney made possible with generous assistance from the Sherman Foundation. Courtesy the artist and SMAC Gallery, Cape Town / Johannesburg / Stellenbosch.

Musa N Nxumalo, Are the fees gonna fall or nah?, 2017, giclée print. Presentation at the 22nd Biennale of Sydney was made possible with generous assistance from the Sherman Foundation. Courtesy the artist and SMAC Gallery, Cape Town / Johannesburg / Stellenbosch.