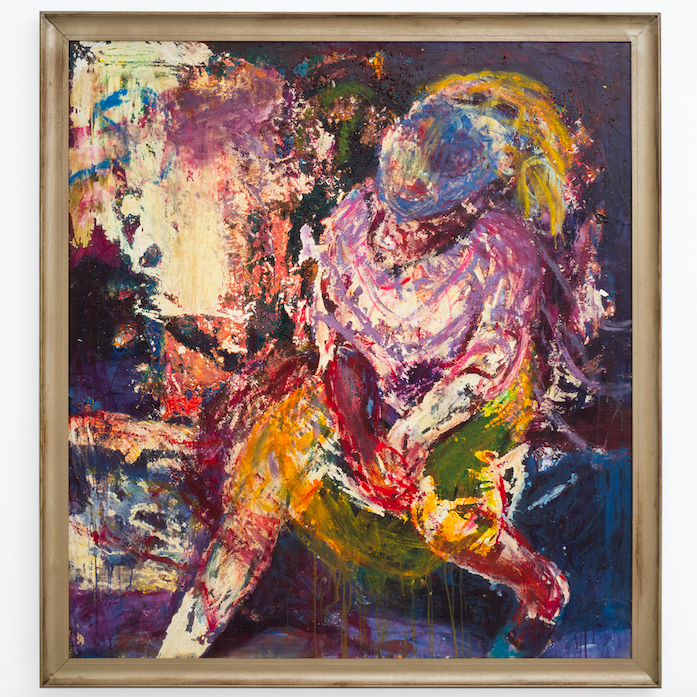 "As an artist, whose practice embraces expressions of Ubuntu – an ideology that encompasses compassion and the practice of kinship toward humanity, regardless of perceived differences – my work is deeply rooted within the cultural discourses suggested by NIRIN. Ubuntu originates from Southern Africa and is considered an integral part of society, both pre- and post-colonisation.”

The layered painting style of Mostaff Muchawaya’s portraits presented at the Art Gallery of New South Wales emanate both intense dream-like nostalgia and joy. Whereas traditional commissioned portraits often involve a visual dialectic between artist and sitter, Muchawaya’s works are a complex confluence of portraiture and self-portraiture, autobiography and fiction, closely tied to place and memory. His process of painting involves several stages of applying paint and then abrading it, so the materiality of the surface becomes a visual analogy to processes of remembering and recalling, oscillating between familiar, vague and degraded forms and surfaces.

Mostaff Muchawaya’s signature style involves the application and erasure of multiple layers of vividly-coloured paint. His practice most often centres on portraits, each a combination of memories, a dream-like flash of faces combined to form an impression of a half-remembered experience. In his work, Muchawaya references a deep connection to his experiences, which are inseparable from ‘his people’ and surroundings. The artist grew up in the province of Manicaland located in the mountainous, eastern area of Zimbabwe. He continuously refers to his rural upbringing in his paintings – his family part of the work force on a white-owned farm. Muchawaya’s interest in the arts started at a young age, from building his own clay toys to making sketches of the farmers’ dogs. He progressed through school while continuing to live on the farm, where he later married his childhood sweetheart. Muchawaya has an unbreakable bond with his community and while the paintings are new in their material form, to him they are old, remembered renderings.