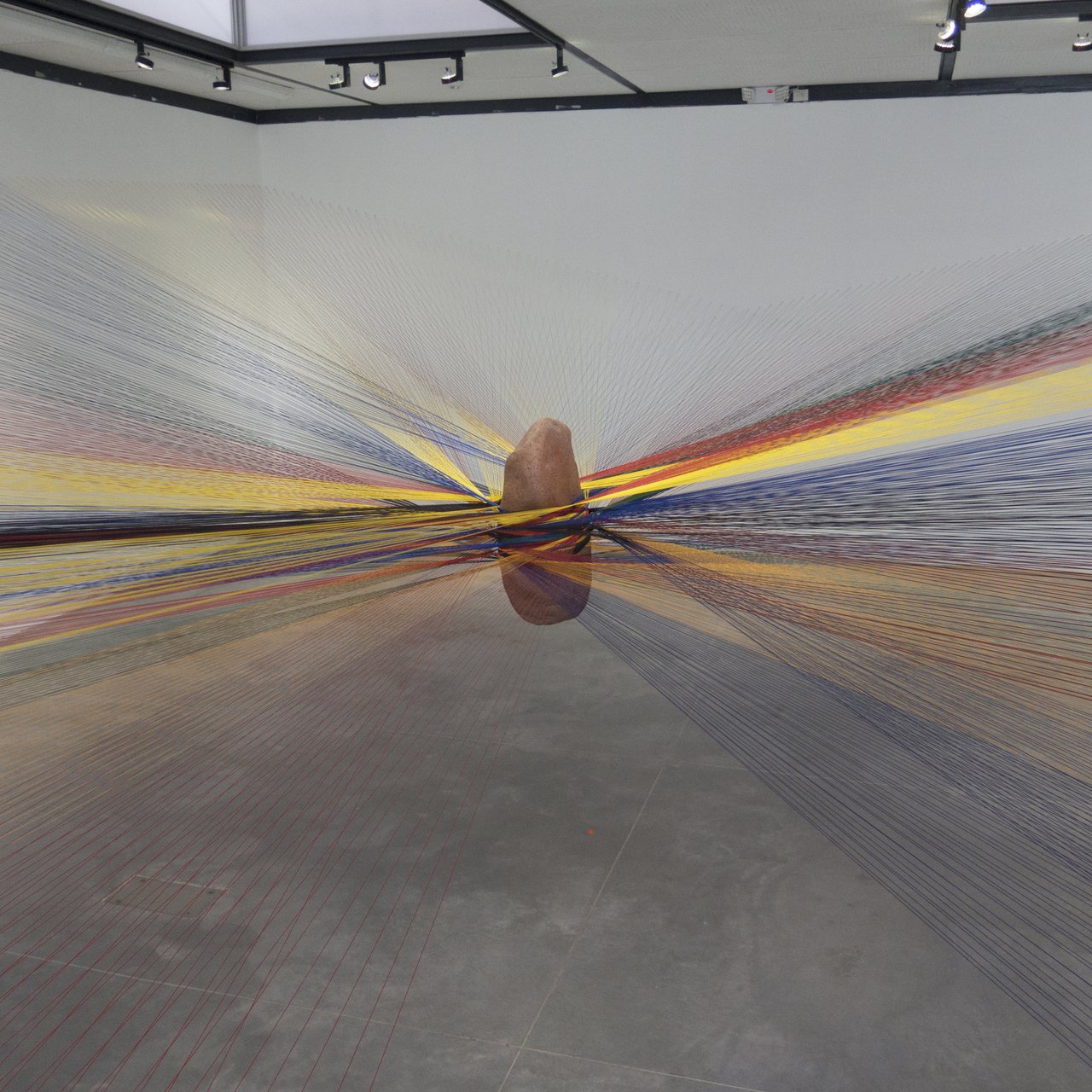 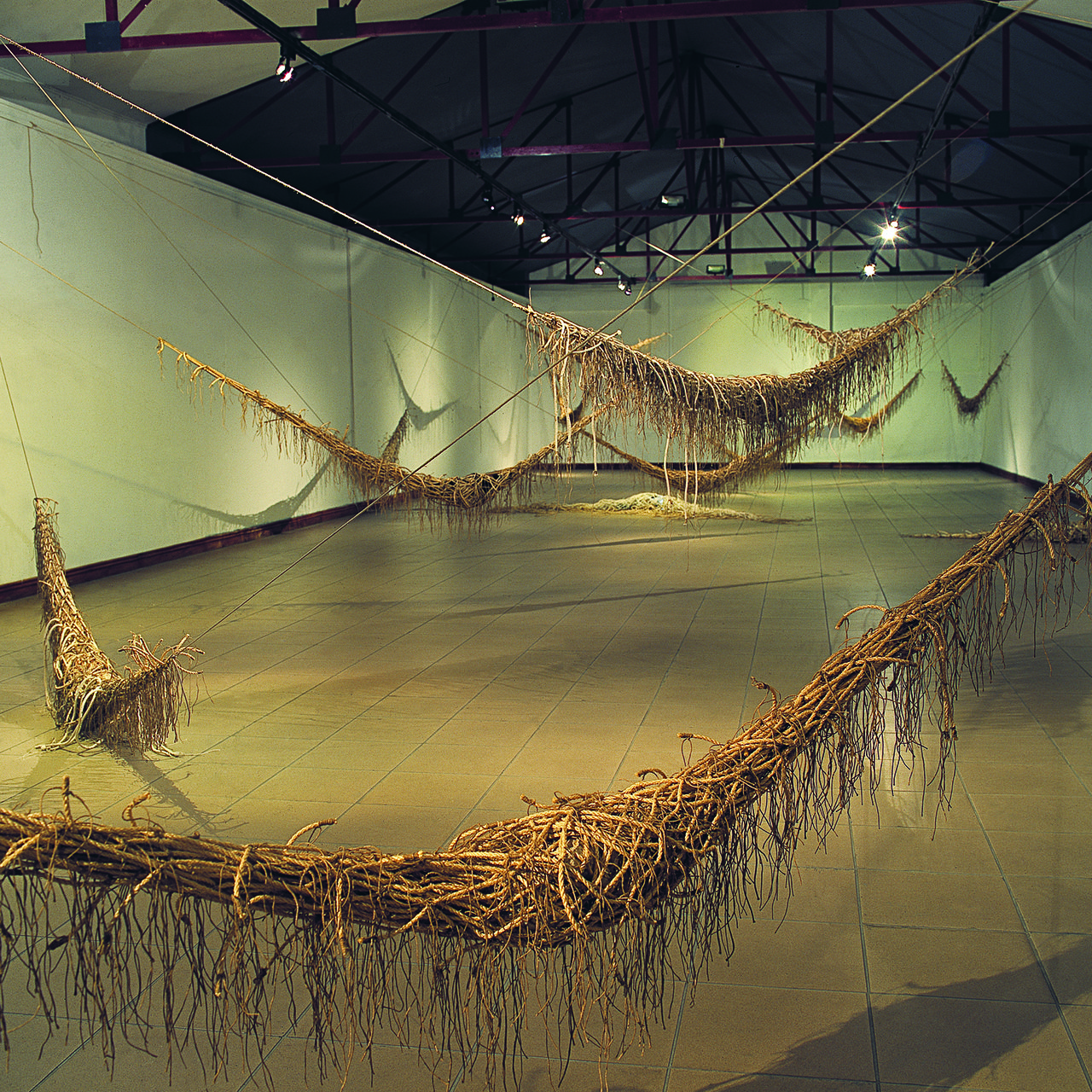 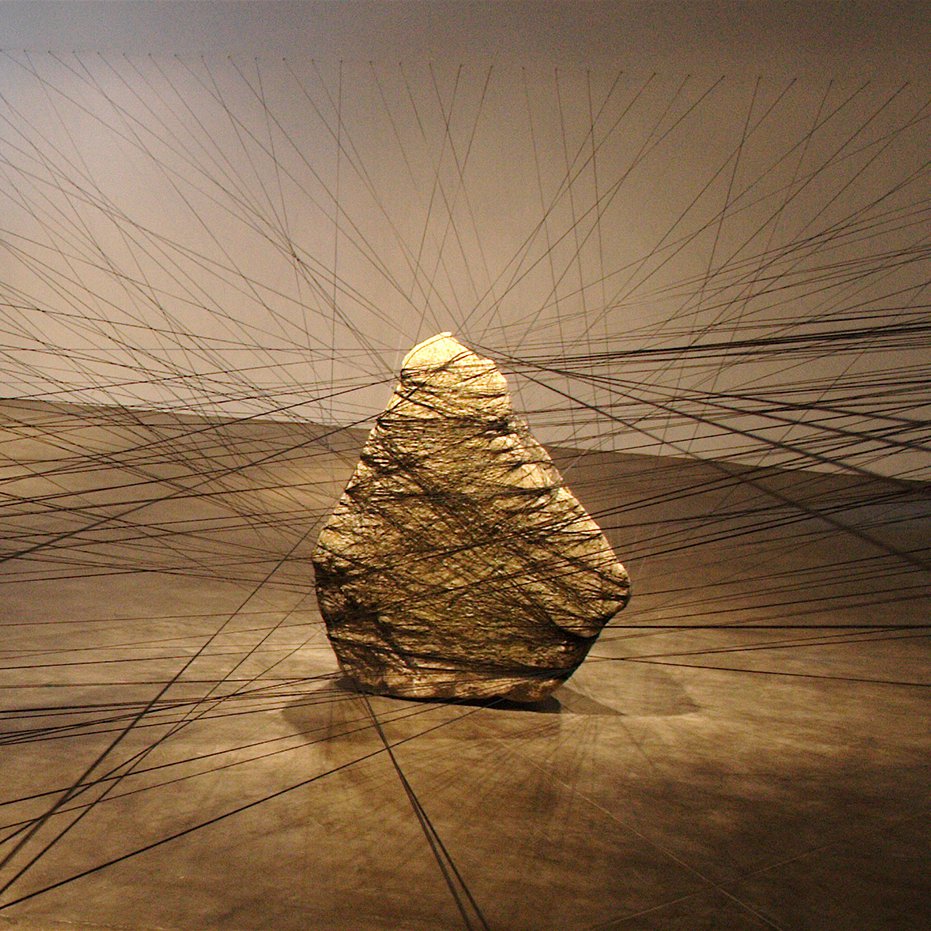 Since 1980, Milton Becerra has created immersive installations which investigate ethereal movement, suspending objects in radiating webs of thread as if weightless. Intersecting lines and a playful interplay of elements generates a strong sense of geometry. Materials such as fragments of pre-Hispanic figurines, semiprecious stones and crystals provide endless creative possibilities for his distinctive visual language in which ‘the form exists because there is spirit’. Becerra’s works open multi-dimensional geometric passages, speaking to us about the architecture of the world.