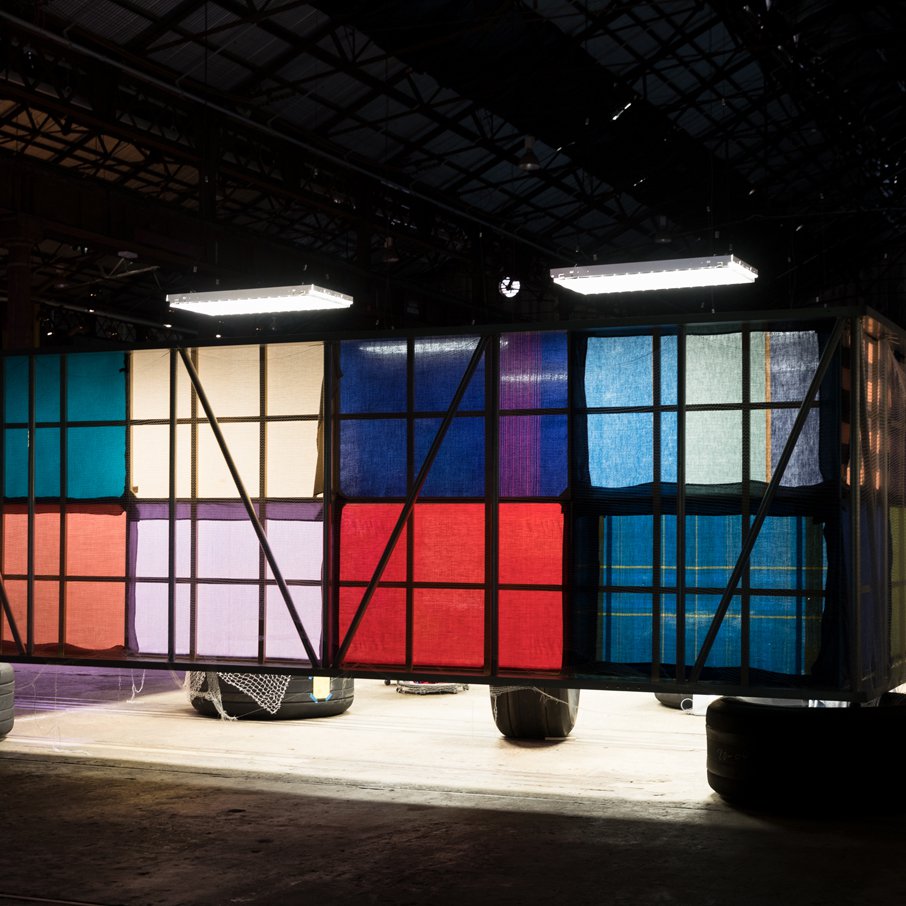 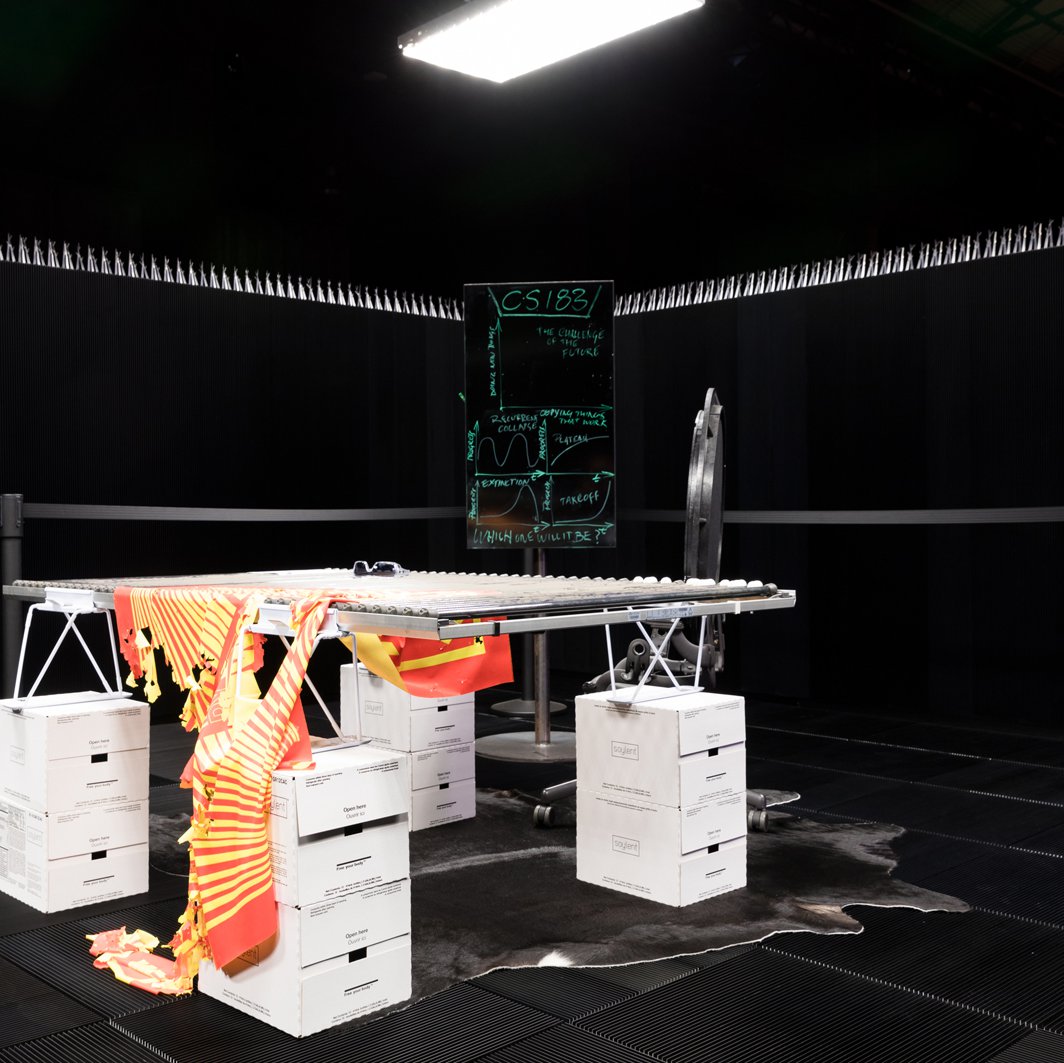 Michael Stevenson’s work uses the established tools of a research-based practice to make something less stable, more experiential, and more unhinged. Comprising large-scale installations, his work often includes historical artefacts, documents and articles; some real, others fabricated. Since much of the content is inscribed and imbedded, the material itself becomes the host or narrator and, as such, it asks to be experienced directly.

Stevenson presents Serene Velocity in Practice: MC510/CS183, a representation of a learning extension facility based on two previously unrelated academic courses: MC510 and CS183. As the codes indicate, these were actual courses taught for a short time in Californian higher-learning institutions and both espoused a distinctly Californian way of thinking. Mission Class 510, or MC510, was taught in the winter semester of 1982 at the Fuller Theological Seminary in Pasadena. John Wimber, of the Vineyard Ministries, founded and ran this program for four years, using it as a testing ground for his radical ideas in the experiential realm of miraculous healing and exorcism. Thirty years later, in the spring semester of 2012, Stanford University’s Computer Science faculty employed Silicon Valley entrepreneur and venture capitalist Peter Thiel to teach Startup, or CS183. CS183 provided a forum for Thiel’s new intellectual framework in which he analysed case histories of failure from the tech industry’s recent past, while self-consciously modelling a future of exponential progress where miracles are worked in the space of technology. Until now these two courses remained unrelated; however, Stevenson has situated them together in a sculptural installation or ‘mini campus’ – two conjoined structures reflecting and illuminating each other.

One is constructed from airline comfort blankets and elevated on large commercial aircraft tyres; the other built entirely from a radiating black anodised aluminium heat sink. A walkway based on the universal passageways of post-war educational institutions unites the two room. For teachers Thiel and Wimber, the repetition of received knowledge prevents the generation of real change, or what Thiel calls ‘vertical progress’ and Wimber terms ‘paradigmatic shifts’. In order to grow and mentor new possible ‘communities of practice’, both MC510 and CS183 taught the abandonment of past (failed) models and the old institutions of knowledge in favour of full participation in the mission for a radical future.