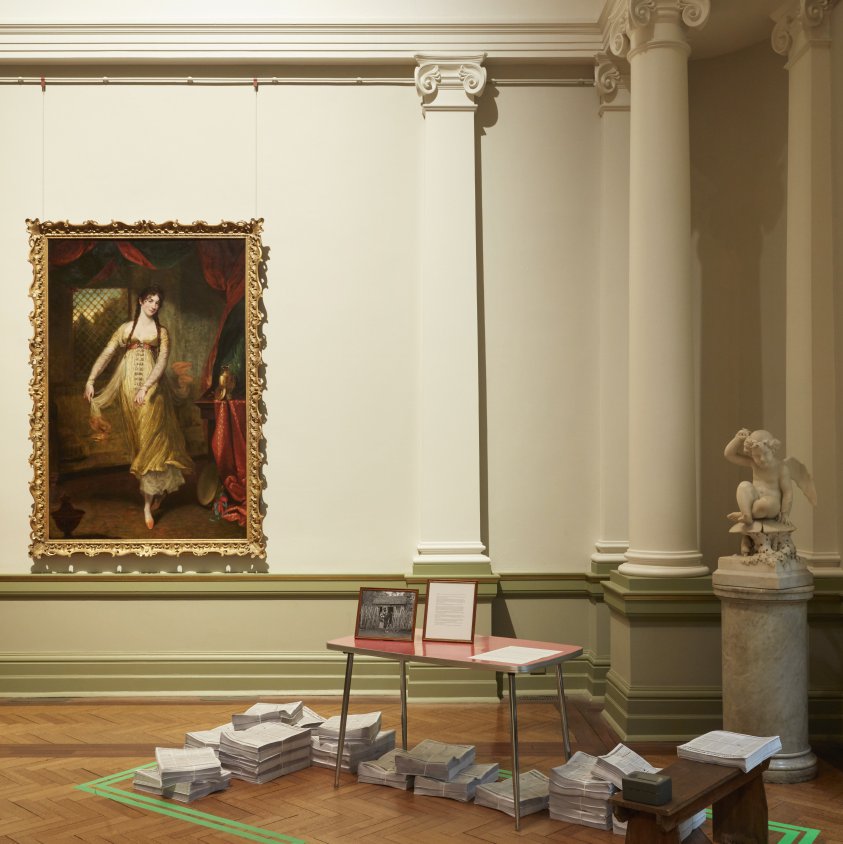 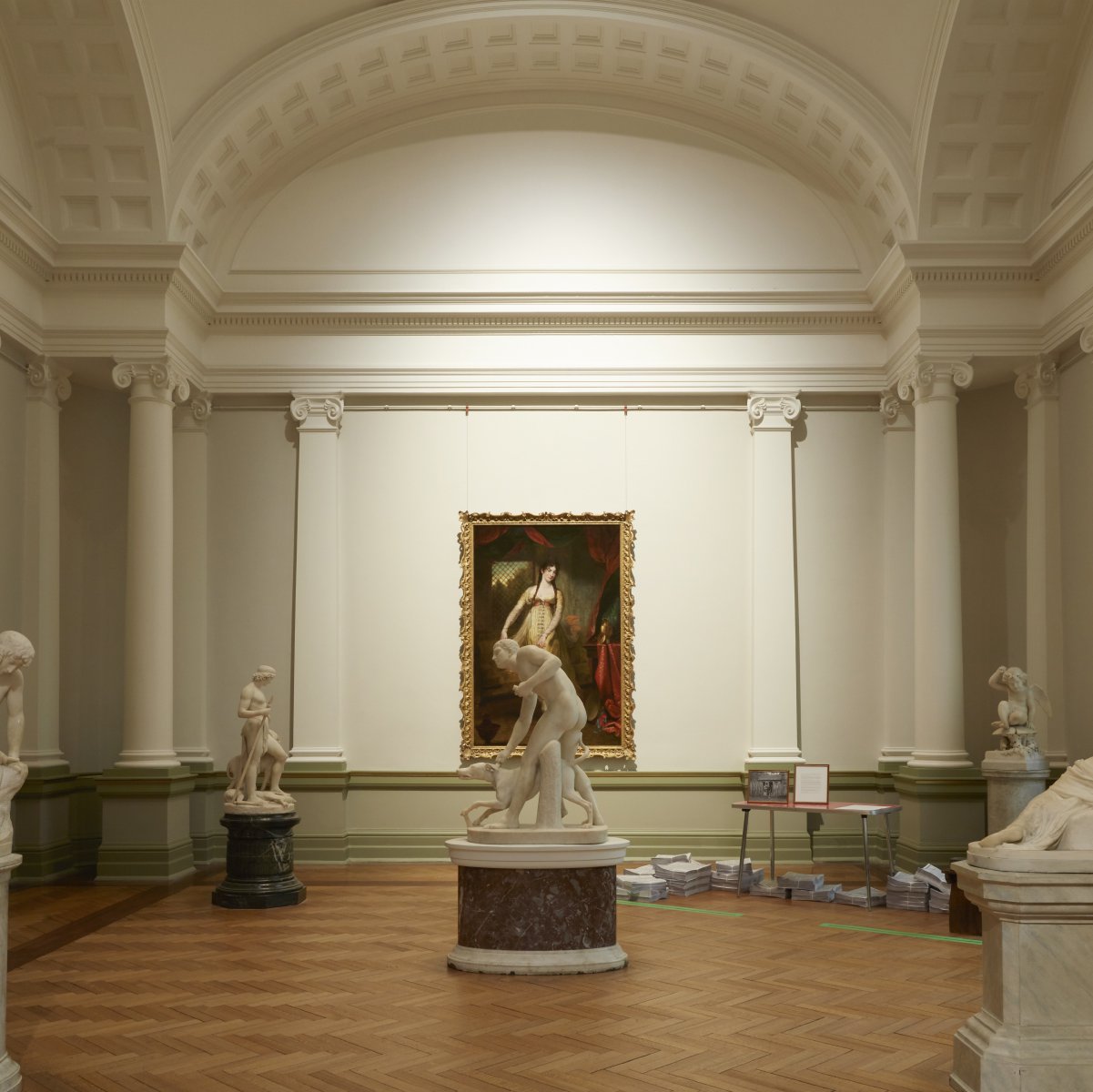 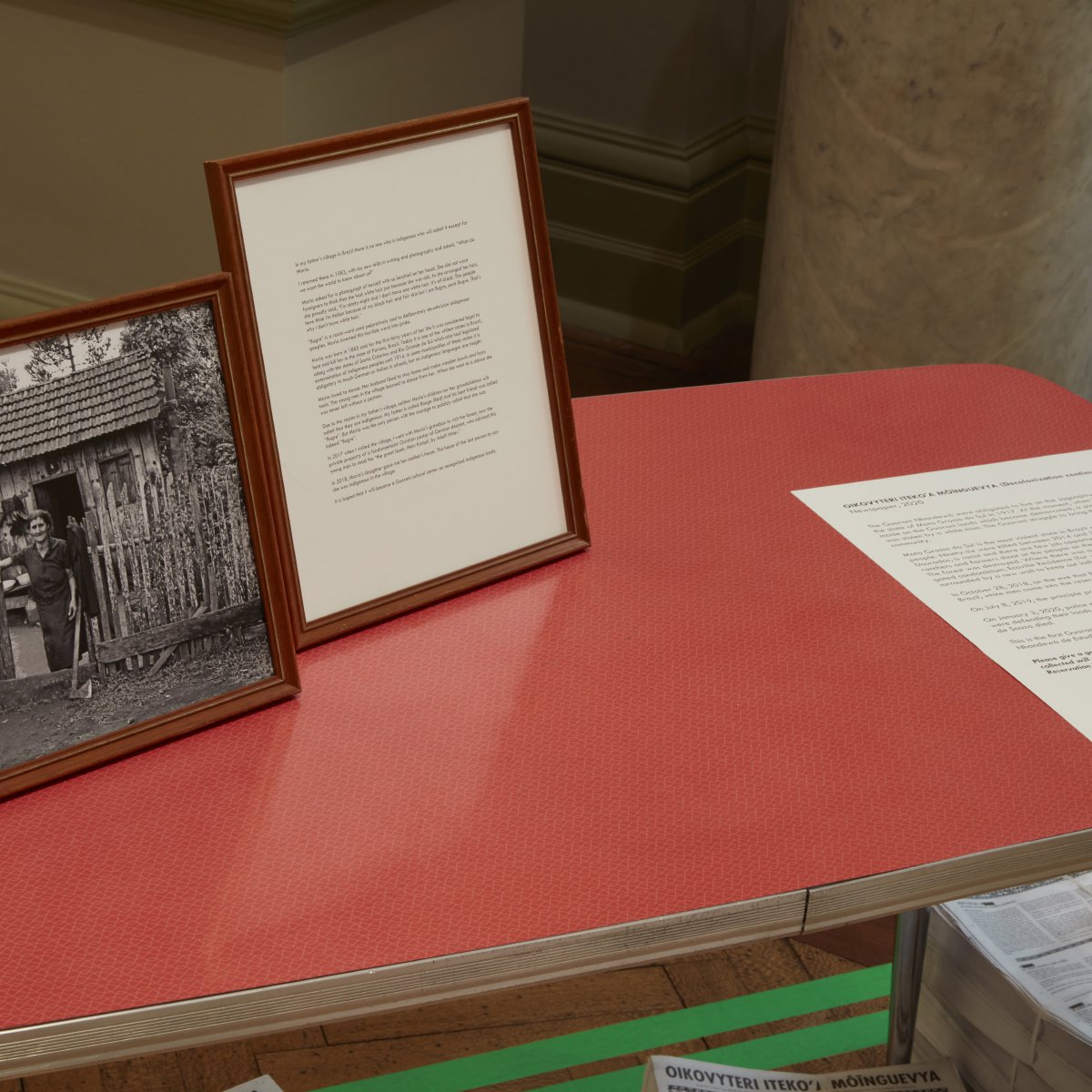 “Throughout Brazil, monuments celebrate colonialism and genocide. I want to celebrate the courage of Maria, and so thought it important to preserve her house – not as monument but as testimony. OIKOVYTERI ITEKO’A MÔĪNGUEVYA (Decolonization continues) is the first Guarani newspaper and is made by members of the Juaguapiru Reservation in Mato Grosso do Sul, considered the most violent state against Indigenous people in Brazil.”

At the Art Gallery of New South Wales, a newspaper written in Guarani and translated into English, Portuguese and Dharug is set amongst a striking display of European art dating from the 18th to 19th centuries. The newspaper highlights the oppression and racial violence currently faced by Indigenous people from the Juaguapiru Reservation in Brazil. Alongside this, A Casa da Maria (Maria’s House) is a testimonial to the late Maria Gansha, whom Alves met in her father’s village in 1983.

Maria proudly spoke of her Indigenous identity in an environment – persisting today – in which many fear to speak at all due to deeply entrenched racism. In 2017, Maria’s daughter gave Alves her house. Within the gallery space, a sculptural delineation of the outline of this house allows the space to be partially transmitted, to hold space within a new context, and to tell Maria’s story. Alves’ installation was created in collaboration with the Guarani community in support of keeping First Nations languages – and her own ancestry – alive and visible.

Maria Thereza Alves’ body of work investigates the histories and circumstances of particular localities to give witness to silenced histories. Her projects develop through a process of dialogue and site-specific interactions with environmental realities and social circumstances. While aware of Western binaries between nature and culture, art and politics, or art and daily life, she deliberately refuses to acknowledge them in her practice. She chooses instead to create spaces of agency and visibility for oppressed cultures, through relational practices of collaboration that require constant movement across all of these boundaries.