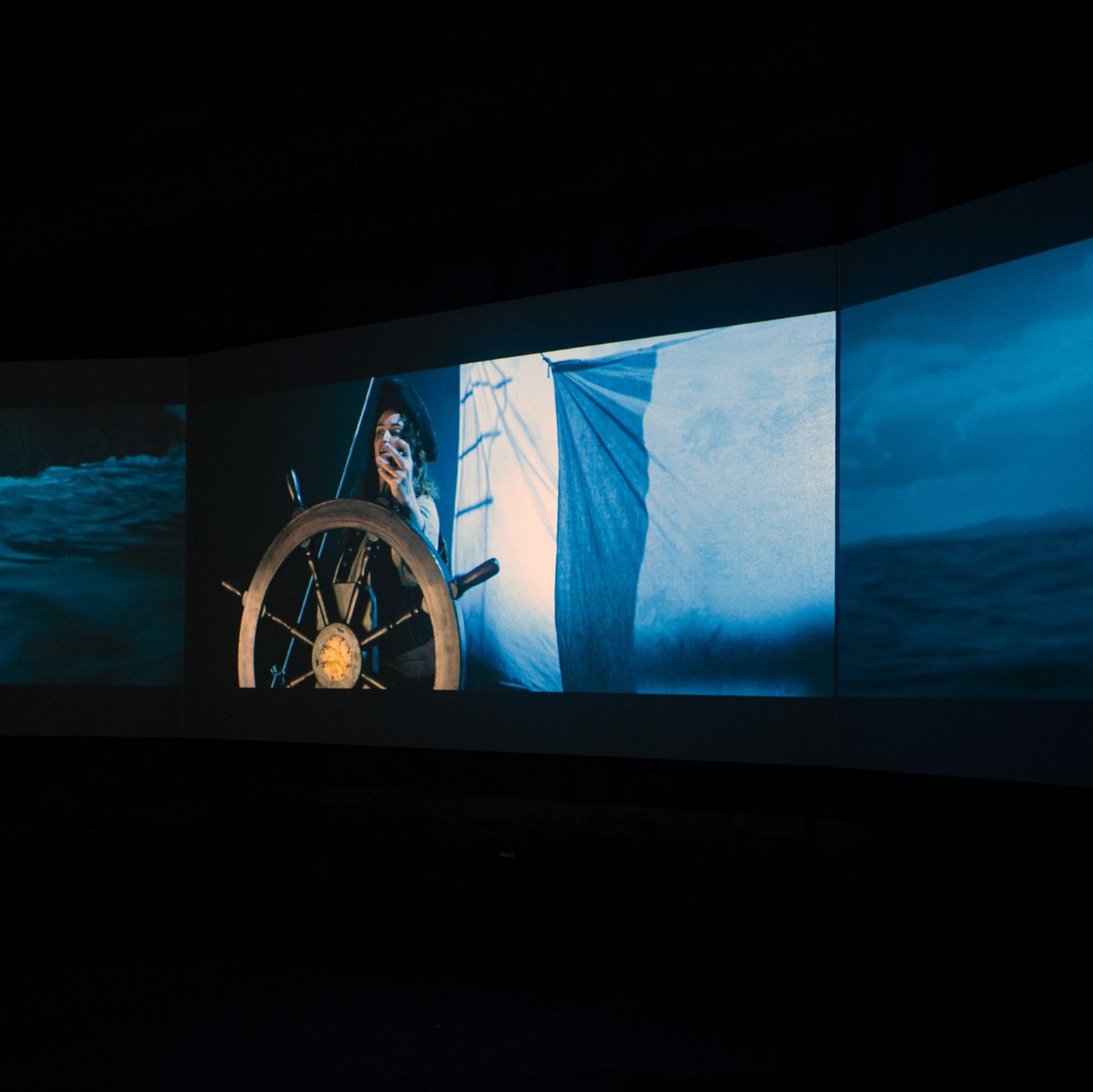 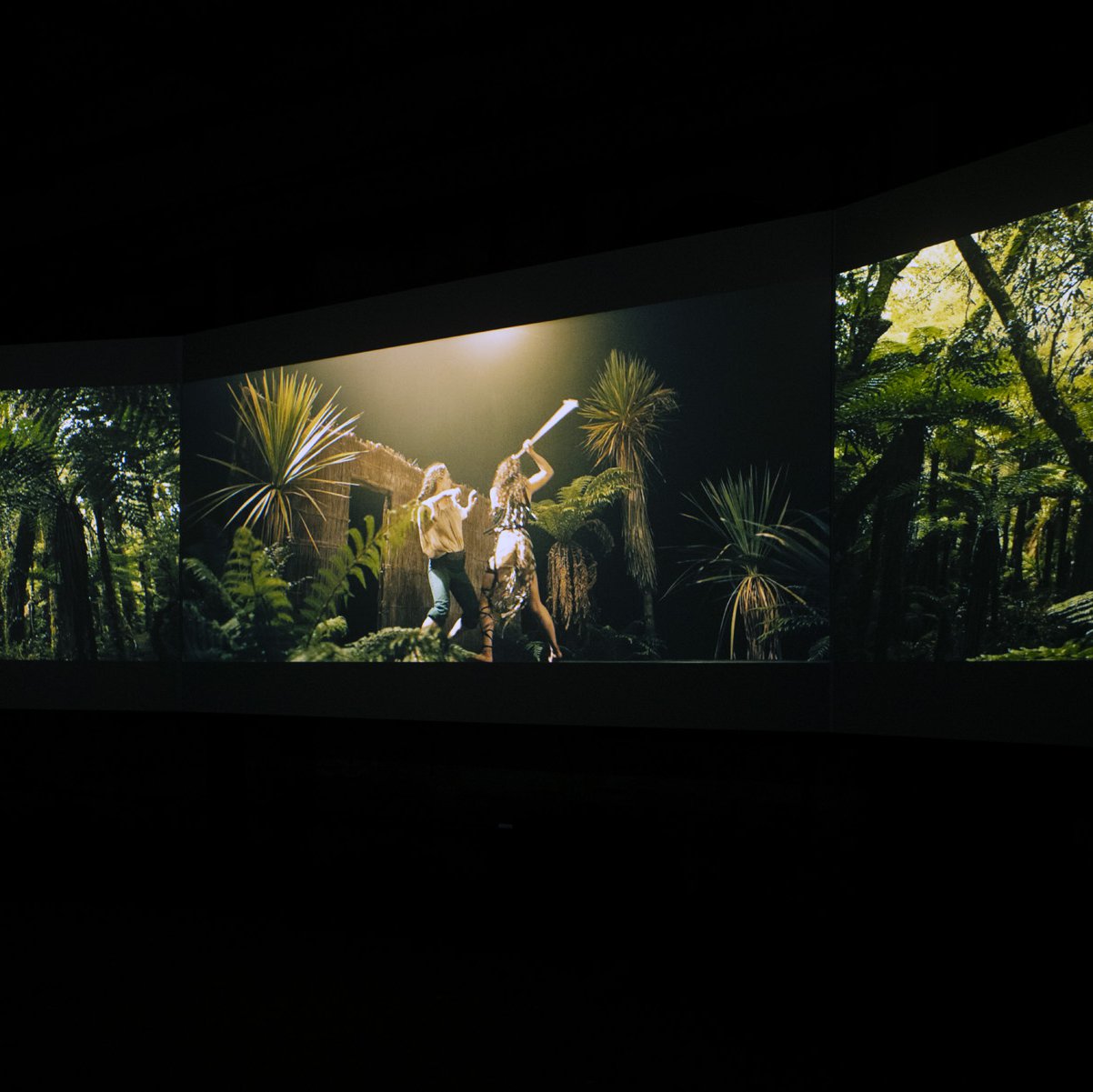 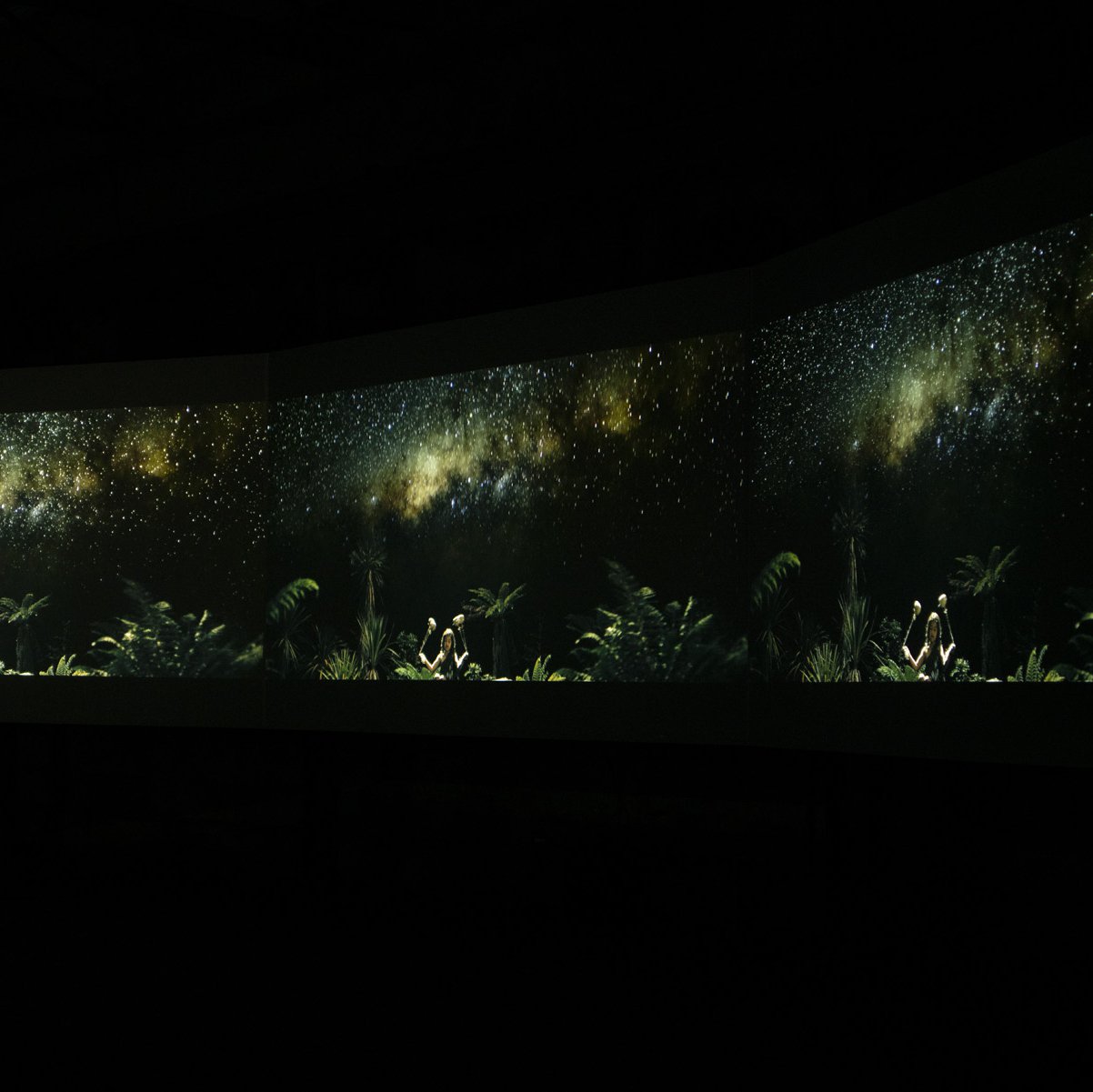 “Nomads of the Sea provides a way for me to see myself, by posing the question ‘who was the first child of mixed blood born in Aotearoa, New Zealand?’ Nomads looks outward, connecting the colonial settler narratives of Australia with my Ngā Puhi heritage in Aotearoa / New Zealand. I look backwards through time to when gender and power were considered differently to now, dispelling myths of hapless women to those who choose their destinies. From here, I begin to understand the place we find ourselves today, and hope that unearthing these stories provides inspiration to others, as it has for me.”

Lisa Reihana’s immersive installation Te Wai Ngunguru - Nomads of the Sea, 2019 weaves historical fact with fiction to explore the social tension between cultural leadership, spiritual custom and egotistical desire in the face of foreign political challenge in 19th century New Zealand. Through Storyteller – a mythical figure who slips between masculine and feminine voices – the viewer learns of Charlotte Badger, a pakeha (Western) female mutineer, and Puhi, a proud woman of Ngā Puhi descent who becomes jealous of Charlotte’s rising status. In the early days of colonisation, when intermarriage, trading and the procurement of muskets were seen as essential to Māori survival, Māori Chief Huri Waka welcomes the fugitive Charlotte into the tribal homelands under his protection, thereby upsetting the traditional role of women in Aotearoa as the matriarchs, owners of property and spiritual custodians. Charlotte’s presence not only introduces the concept of material wealth and the spoils of England into these communities, but also draws parallels between the worth of foreign women and the musket. As a Pakeha Māori – Europeans adopted and co-opted by the Māori – she is used to increase prowess, gain strategic ability and ultimately counteract the spread of Western power. He wai ngunguru, the installation’s centrepiece, explores these cultural circumstances for women, contrasting European law with Māori culture and morality. Who is the first daughter of Aotearoa? Where does her descent lie?

Lisa Reihana is a multi-disciplinary artist whose practice spans film, sculpture, costume, body adornment and photography. Since the 1990s she has significantly influenced the development of contemporary art and contemporary Māori art in Aotearoa / New Zealand. Her art making is driven by a powerful connection to community, which informs her collaborative working method described as kanohi ki te kanohi (face to face). Influenced by Indigenous filmmaking, her technically ambitious and poetically nuanced work disrupts gender, time, power, and representational norms.