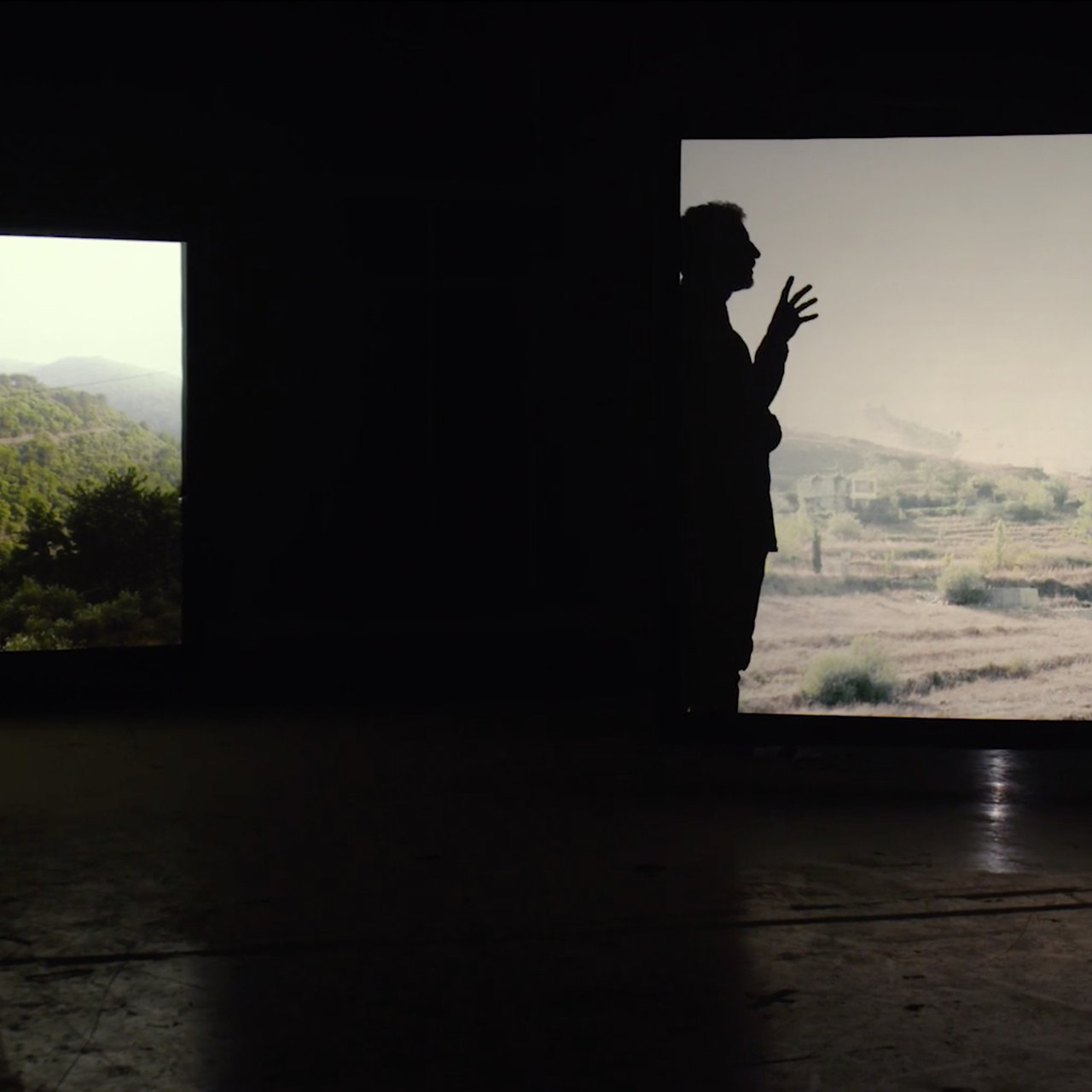 Reincarnated 1985 in Amman, Jordan
Lives and works in Beirut, Lebanon

Lawrence Abu Hamdan is an artist and ‘Private Ear’. The artist’s audio investigations have been used as evidence at the UK Asylum Tribunal and in advocacy for organisations such as Amnesty International. In 2019, Abu Hamdan was joint winner of the Turner Prize for his exhibition ‘Earwitness Theatre’ and performance After Sfx.

"My work concerns itself with listening at the thresholds of sound and voice, and sometimes at these thresholds sound itself becomes image. Many of the sounds at play in my cases are sounds from the background – noise that seeps onto a recording, sounds that leak into phone calls, through walls, across national borders and from voices that transmigrate from the dead to the living. Sound, and by virtue a sonic imagination, is defined by its blurred borders and difficulty to be contained or isolated."

Lawrence Abu Hamdan, Once Removed, 2019, 2-channel digital video, colour, sound, 26 mins. Originally commissioned by Sharjah Biennial 14. Presentation at the 22nd Biennale of Sydney was made possible with assistance from the Council for Australia-Arab Relations, Maureen Paley and mor charpentier. Courtesy the artist