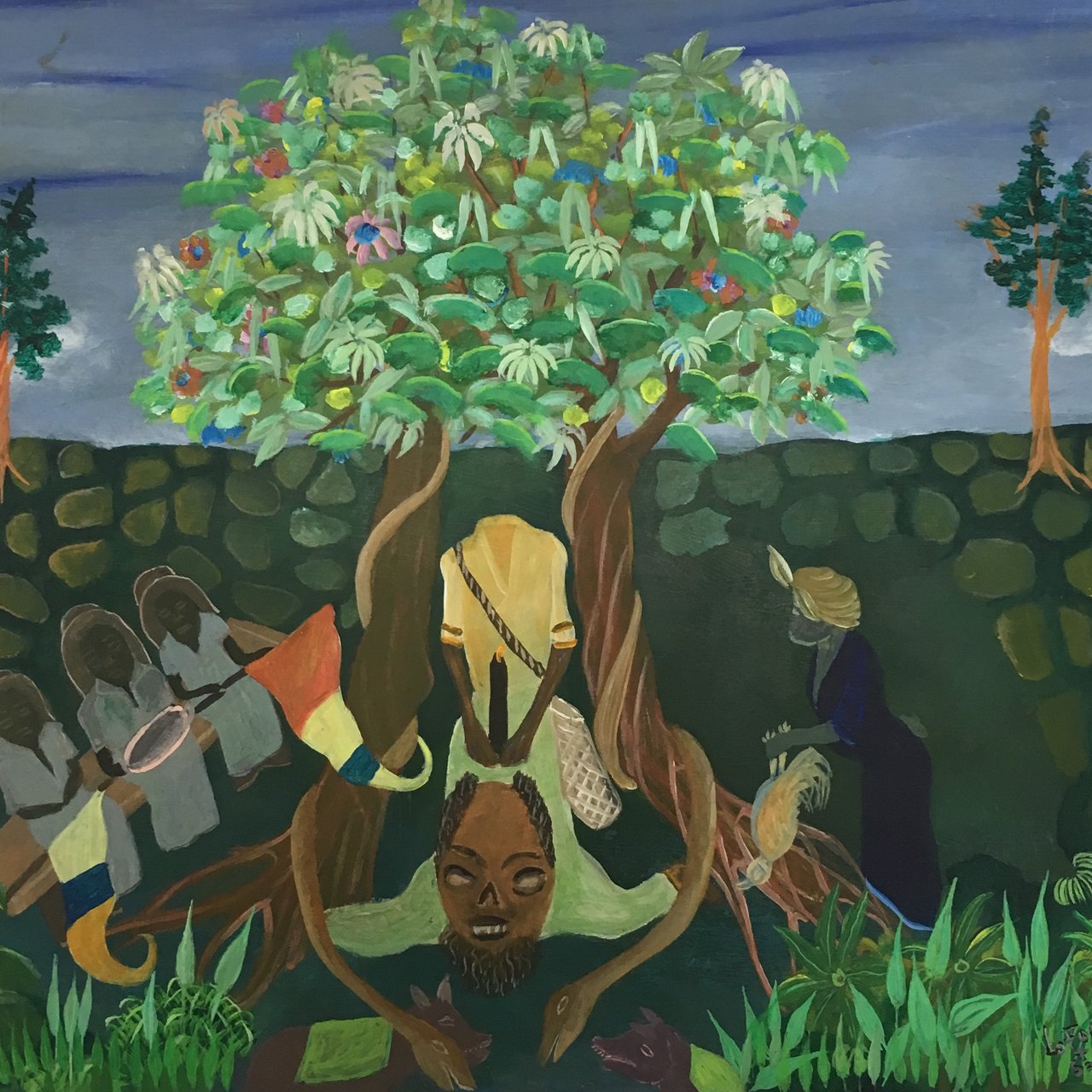 Lafortune Felix began painting in 1974 with the encouragement of Pierre Monosiet, the director of the Haitian Museum of Art at the time. His work has been displayed in exhibits worldwide.

Lafortune Felix is an artist whose entire oeuvre is dedicated to Vodou divinities and rituals.  As a Vodou priest or ‘hougan,’ he made his first paintings on the interior and exterior walls of his temple.  He had no training whatsoever but embarked in this mural project with the conviction that it was commissioned by the divinities or ‘lwas’ he worshipped.  His iconography is very personal, and the visual elements assembled in his art are often difficult to decrypt, leaving the uninitiated only with a pure and immense aesthetic pleasure.

The world depicted by Lafortune Felix is that of the Vodou ‘lwas’. These often take on human forms, sometimes bizarre, and which in most cases are shown with their divine attributes. Their presence is at times signified in details of ceremony, prayer or animal sacrifice. In this way, his paintings serve only the symbolic function of referring to Vodou, rather than having any ceremonial or magic qualities themselves.

Landscapes are very important in the paintings of Lafortune Felix, the existence of the ‘lwas’ being inseparable from nature. Across his works, he sought to subjectify the objective. He strongly believed that only an ignorant eye can assign a precise and unchangeable color to each element of nature. Accordingly, his colors are not those found commonly in nature but rather in an interior world out of which a feeling or an idea becomes the starting point of a painting. He treats space and light in a particular way. if we can say that he has a sense of detail, especially in his depiction of the tropical vegetation, nothing in his art is superfluous because he always seems to want to show a sense of order in his own way.