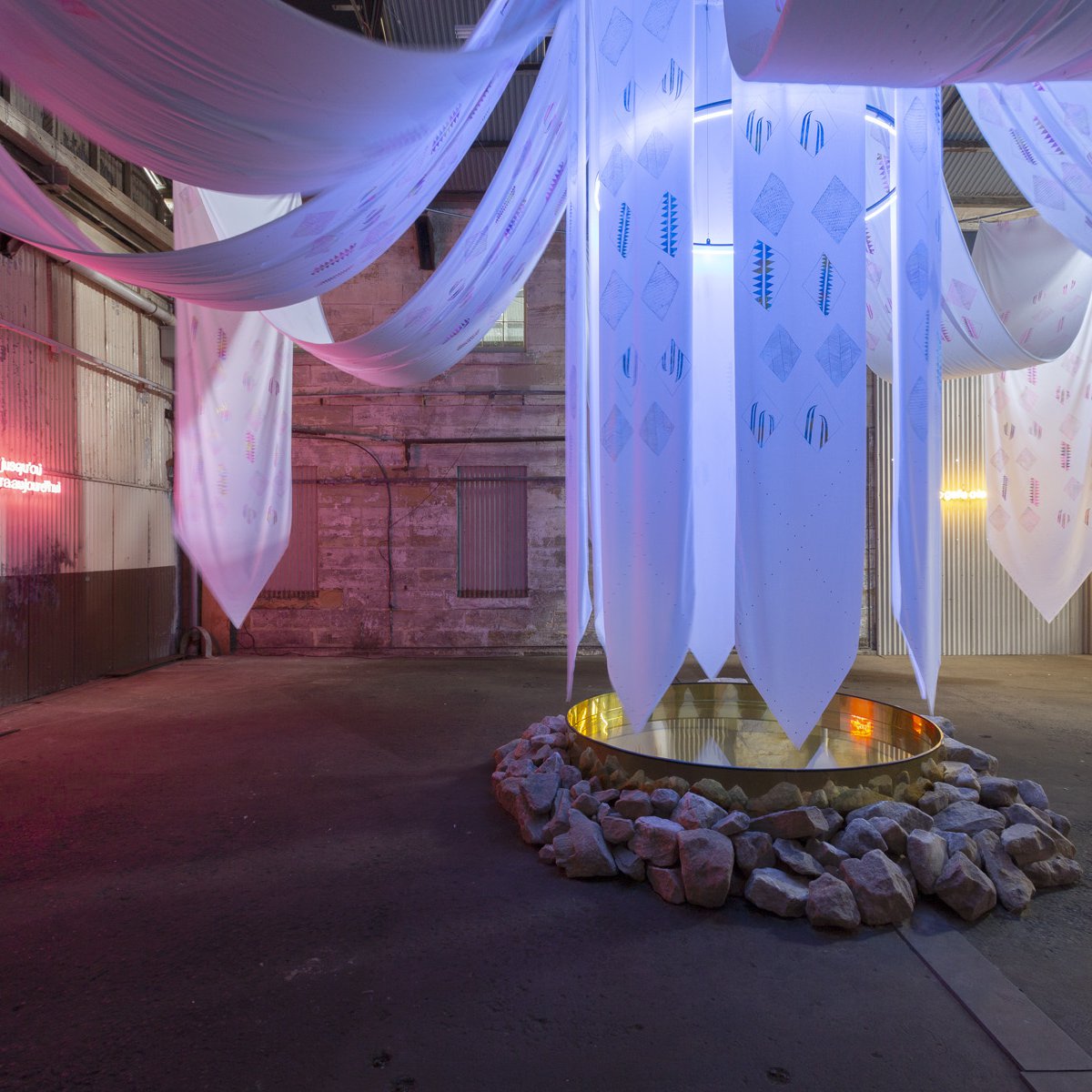 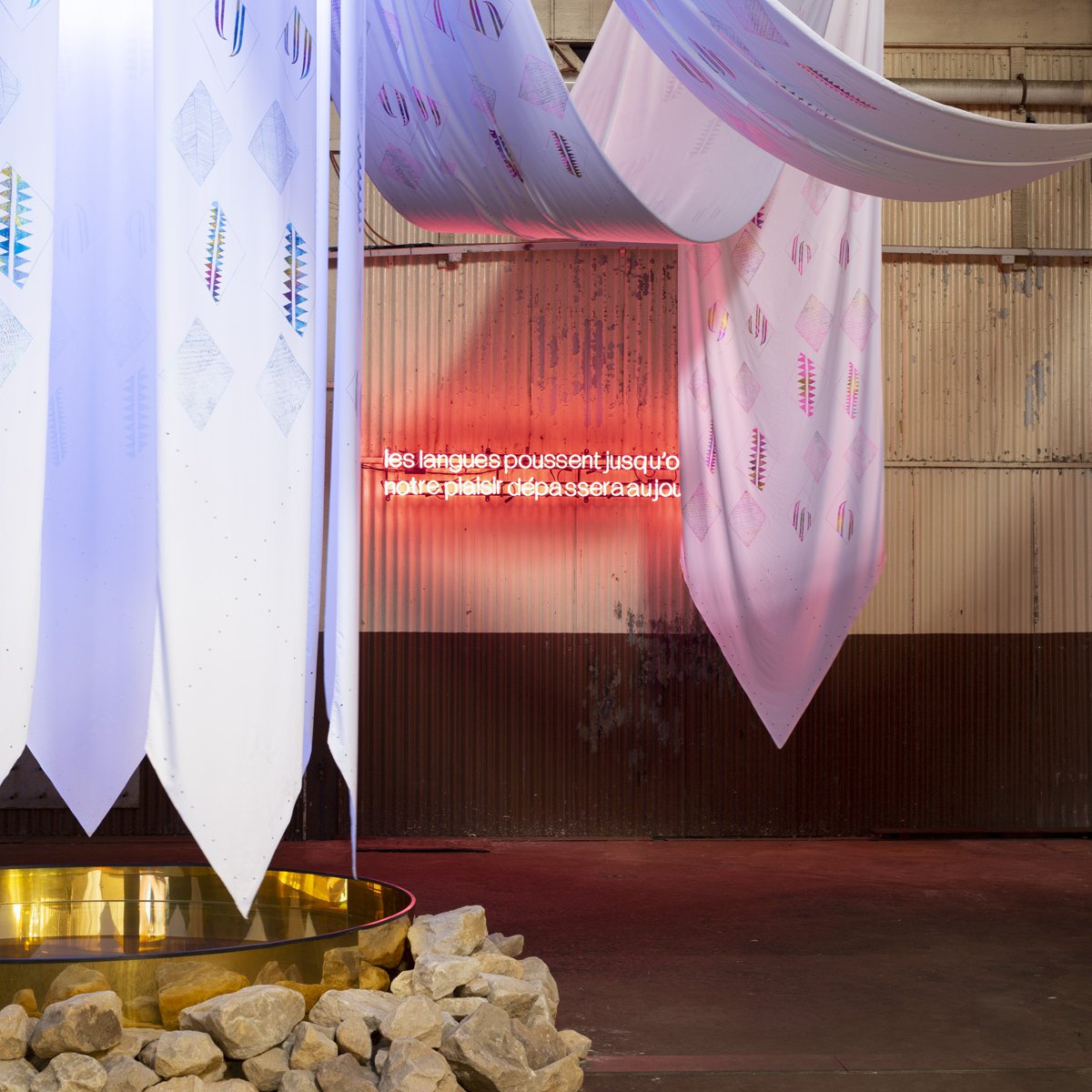 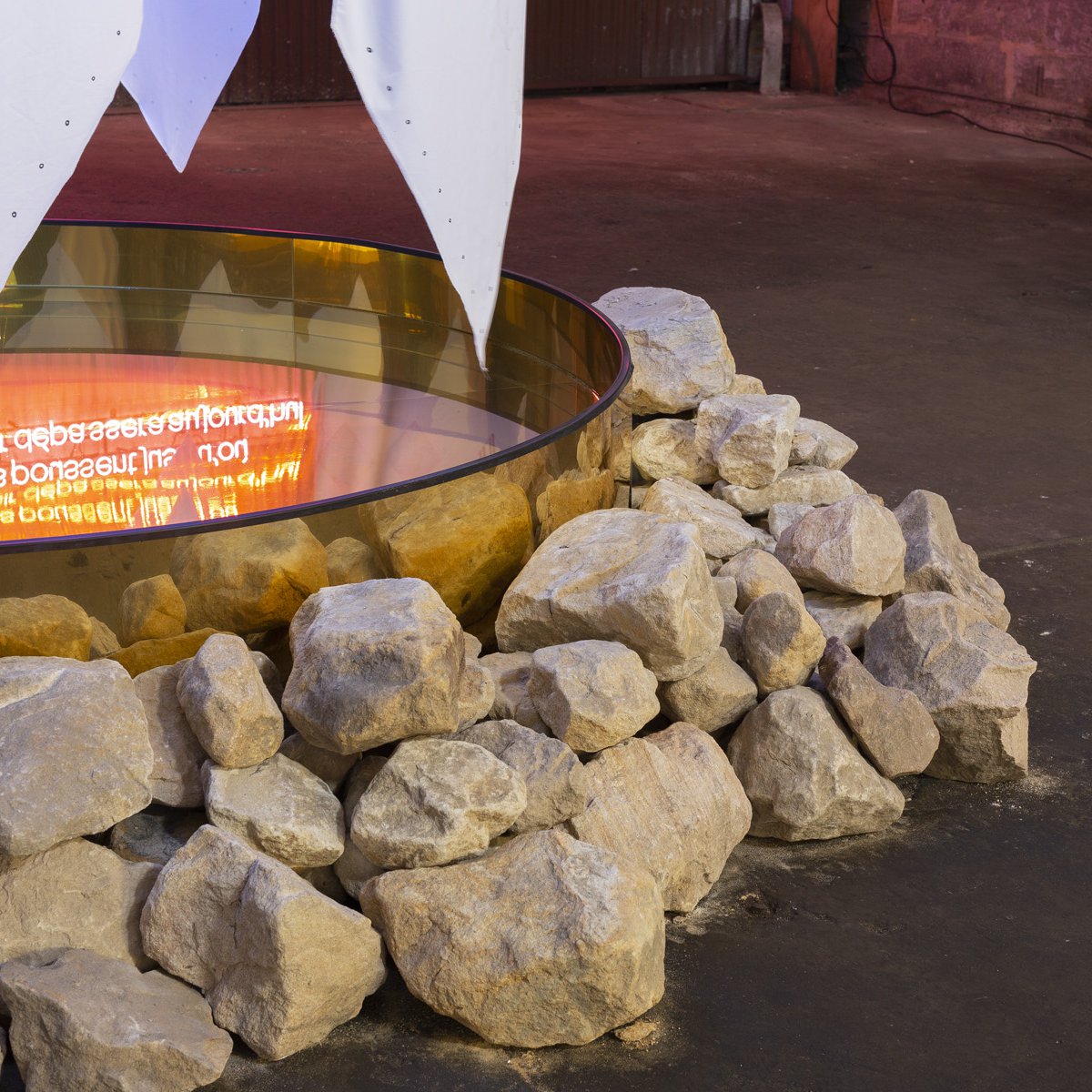 re(cul)naissance creates a ceremonial space that honours both precolonial kinship systems, life-cycles, pleasures, connections, multiple genders and sexualities, and creates a speculative future-space free of colonial shame. Through its forms, materialities and concepts, the work activates different Sāmoan and other Indigenous concepts, including ‘mālamalama, the process of understanding or enlightenment through close reading or attentiveness to symbiotic pō, the potential-filled night/origin of the universe, and lagi, multiple heavens from which all deities relate to humans and other kin animals.’ Drawing on the natural light, the space is also a symbolic reversal of the notion of the ‘Coming of the Light’ (the evangelical missionary project forcefully conducted around the world) instead embracing the Indigenous practices and forms of expression considered deviant by Western missionaries.