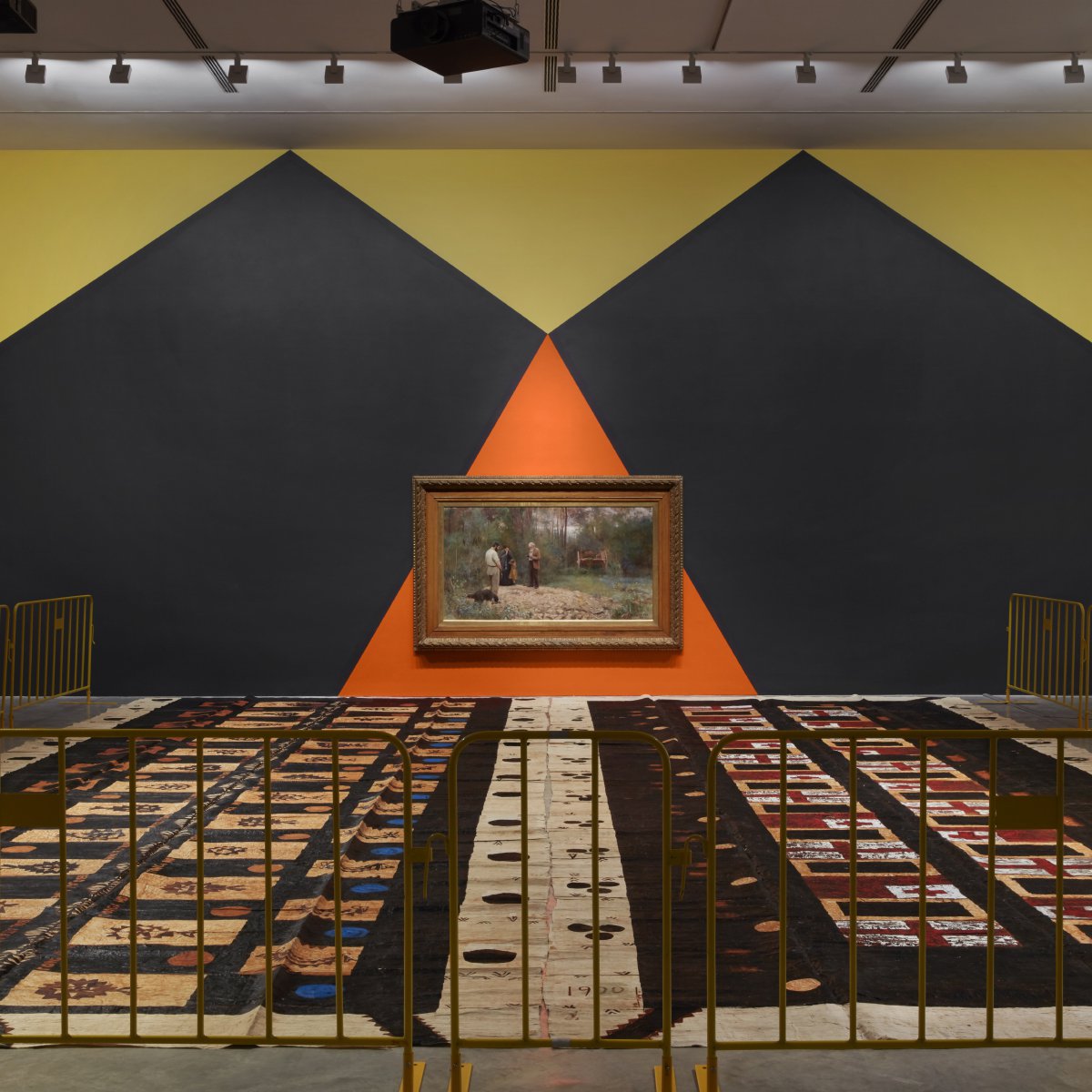 "My two paintings capture a sense of being in an interconnected world. They encapsulate a moment in history to preserve it for the future. Their intention is to connect us with the past, to learn from and to look forward in gratitude."

Expanding across the ground floor of the Museum of Contemporary Art, Australia and protected by urban street barricades, two large-scale tapa cloths tell the story of the relationship between Queen Salote of Tonga and Queen Elizabeth II of Bolata’ane (Britain). From the memory of a 10-year-old boy, on the side of a Tongan beach road, the story recalls Queen Elizabeth’s visit to Tonga in 1953, invited by Queen Salote following her attendance at Queen Elizabeth’s coronation. Part of this memory was that of seeing blue eyes for the first time on a man on horseback, a revelation depicted on one tapa cloth as large blue dots. As a boy, Maka decided that when he grew up, he would paint the bond between the two nations – the love and loyalty that the two Queens had for each other. Maka’s techniques reinterpret the Tongan art of ngatu ‘uli (black marked bark cloth) as part of a lived, material connection to his homeland; here telling and commemorating a personal, national and global story of connection.

Kulimoe’anga Stone Maka is an interdisciplinary artist who’s practice is deeply rooted in the traditions of Tongan art. Believing abstract art in the Pacific to be one of the most expressive and pure forms of art-making, Stone’s paintings draw attention to the formalism and abstraction inherent to art from the region since the 18th century. Maka’s work typically represents his social, political and spiritual beliefs. He continues to portray these through a contemporary depiction of the sacred art of ngatu ‘uli.

Presented at the 22nd Biennale of Sydney with assistance from The Chartwell Trust and Creative New Zealand. Courtesy the artist.

Kulimoe’anga Stone Maka, Togo mo Bolataane (Tonga and Britain), 2008–10, oil, clay, dye on tapa cloth. Presentation at the 22nd Biennale of Sydney was made possible with assistance from Creative New Zealand and The Chartwell Trust. Courtesy the artist