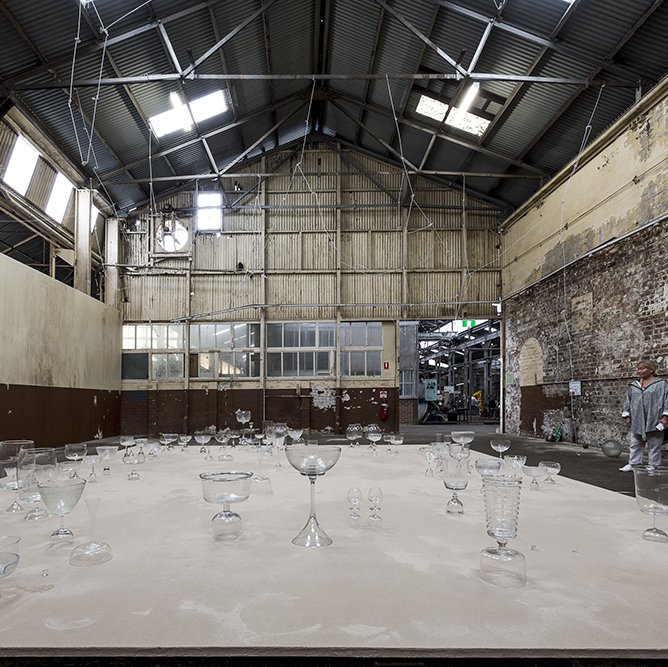 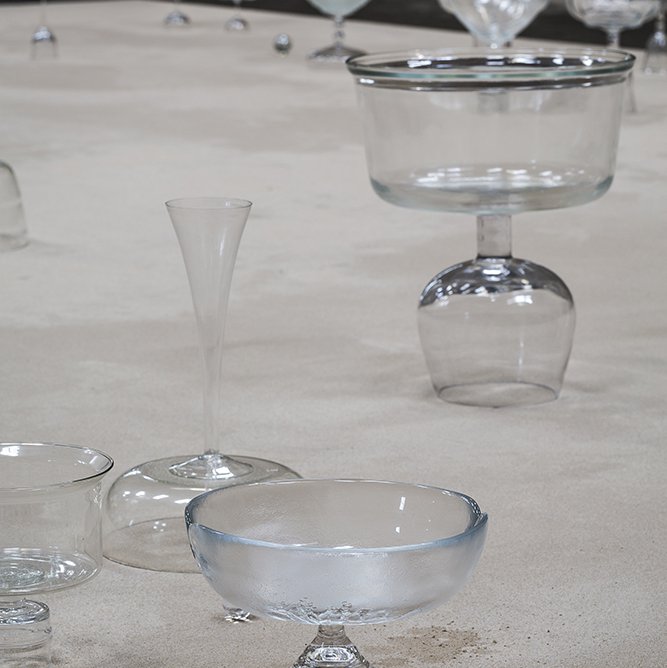 Born 1976 in Kyoto, Japan
Lives and works in Sydney, Australia

Koji Ryui creates artworks that recontextualise everyday materials and found objects. A collector of the commonplace, the shelves of Ryui’s studio are filled with objects and materials that remain static until they are given a new life; repurposed and transformed into sculptural creations that blur the border between animate and inanimate, seen and unseen. Exploring the space between fact and perception, Ryui draws parallels between objects and ideas, noting that ‘by collecting these things I’m also collecting something of my mind. Some people might take a notebook and collect ideas in the notebook, but I seem to do that with objects and materials.’(1)

Recent works by Ryui have investigated abstraction and the geometry of space, such as Untitled Drawing (for Unmapping the End of the World), 2015, created for the Mildura Palimpsest Biennale. Prior to the biennale, Ryui participated in a journey with 14 other artists that took them to three UNESCO World Heritage sites in different countries: the Willandra Lakes in Australia, the Kumano Kodo walk in Japan and the Valcamonica Rock Art sites of Italy. The resulting work comprised a three-dimensional spatial drawing composed of commonplace materials that created connections between time, place, theory and emotion. Ryui has also experimented with a variety of found objects to explore ideas of emptiness and the action of making sound, extending his artistic practice to encompass the creation of sculptural soundscapes that add further dimension to his physical installations.

In the Industrial Precinct at Cockatoo Island, Ryui presents Jamais Vu, 2018, a large-scale, site-specific piece that expands on his experimentation with geometric abstraction and the spatial potential of ordinary objects. Using poly-coated wire taken from ordinary garment drying racks and found spherical objects, Ryui has created a structure that fills the entire space. Resembling a three-dimensional chart of the cosmos, or perhaps the complex molecular structure of some unknown substance, the formation hangs suspended in the air above a collection of found crystal and glass receptacles. Repurposing familiar domestic and commercial objects, Ryui has transformed the everyday into something extraordinary, using the resonance and reverberation of each vessel to create an ethereal soundscape that floats through the atmosphere.