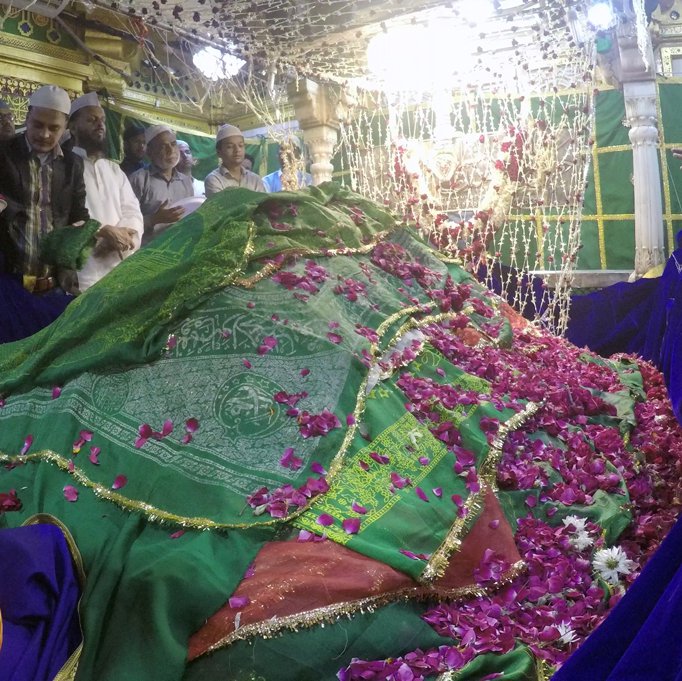 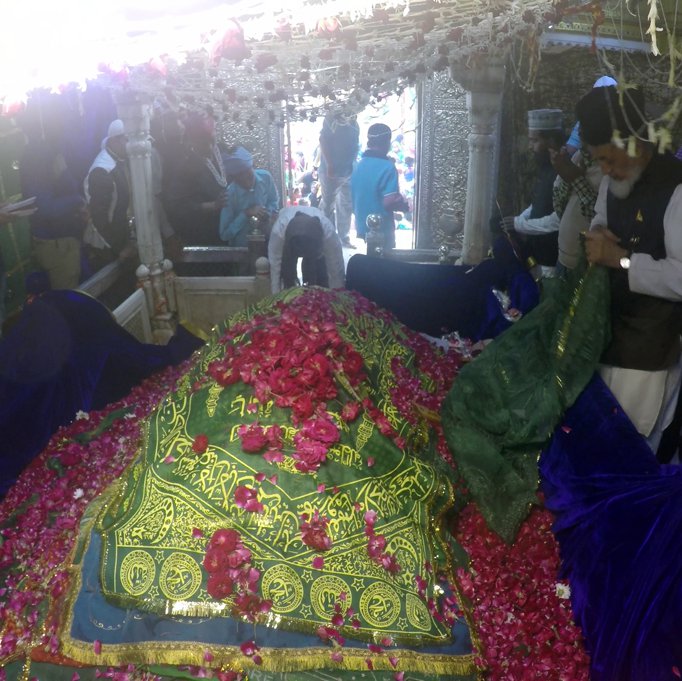 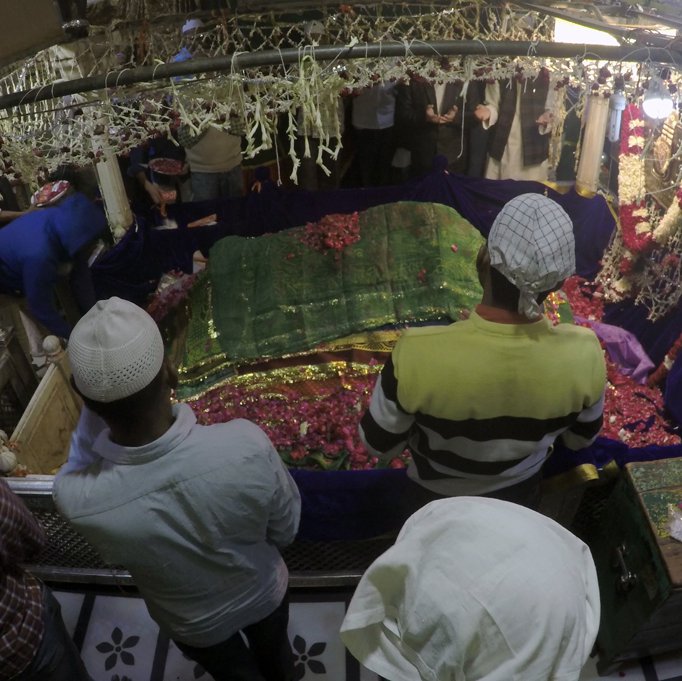 Born 1965 in Tripoli, Lebanon
Lives and works in Sydney, Australia

Khaled Sabsabi works across mediums and geographical borders to create artworks and experiences that promote cultural awareness and respect. Engaging with Sufi teachings, Sabsabi presents Bring the Silence, 2018, a five-channel audio visual installation that offers an intimate insight into practised customs at sacred burial sites, known as maqām in Arabic. Filmed in New Delhi, India, with full permission from the maqām custodians, Bring the Silence depicts people of many faiths offering their respects to one of the great Sufi saints of the region, Muhammad Nizamuddin Auliya (1238–1325 CE).

Sufism is defined as the inner and mystical spiritual dimension of Islam and is seen by many as a practice that fosters cultural understanding. Maqām are burial sites of Sufi Saints, sacred places associated with spirituality and enlightenment that hold multilayered significance for countless people. Visiting an enlightened one, a ‘Wali’ or Saint, is an intrinsic part of a continuing body of practices and beliefs emanating from spiritual Sufi traditions. Upon entering a maqām, each person makes an offering – incense, rose petals or flowers – and in return receives the blessing of the Saint.

In a climate of global turmoil, when sacred shrines around the world are being destroyed, with the intention of erasing history to control the future, the custodians of the maqām in New Delhi believe that it is important for people to witness the existence of a space that promotes cultural and spiritual harmony and understanding.

With Bring the Silence, Sabsabi creates a space that retains echoes of the sacred; a place that offers commonality, acceptance and peace. The video footage is displayed on five double-sided screens suspended from the ceiling, each showing a view of the maqām from a different angle. Bowls of rosewater placed throughout the space and straw mats covering the floor reference the atmosphere of a maqām; an inviting space that demonstrates both the spirituality and the domesticity of the everyday. The word maqām transcends ethnicity; on the screens, the viewer can observe Hindus, Christians, Sikhs and Muslims entering the shrine to seek the blessings of the Saint. Bring the Silence alludes to multiple perspectives, materially and conceptually, edifying the way Sufism deals with the seen and the unseen, the physical and the metaphysical.

Originally commissioned by the Sharjah Art Foundation and filmed with the permission of the custodians of the Maqām of Hazrat Khwaja Syed Nizamuddin Auliya, New Delhi. Presentation at the 21st Biennale of Sydney was made possible with generous support from the Andrew Cameron Family Foundation and the Australia Council for the Arts