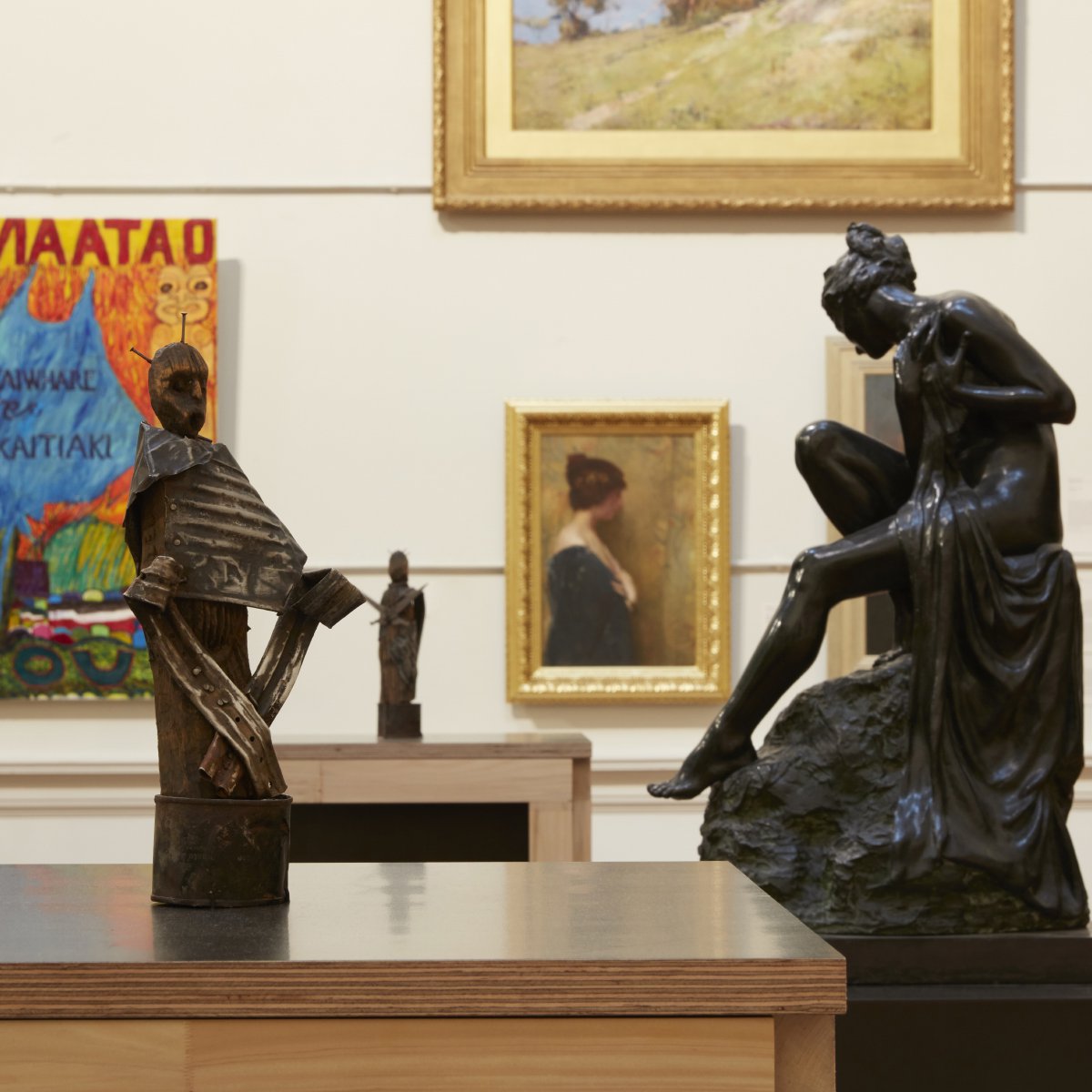 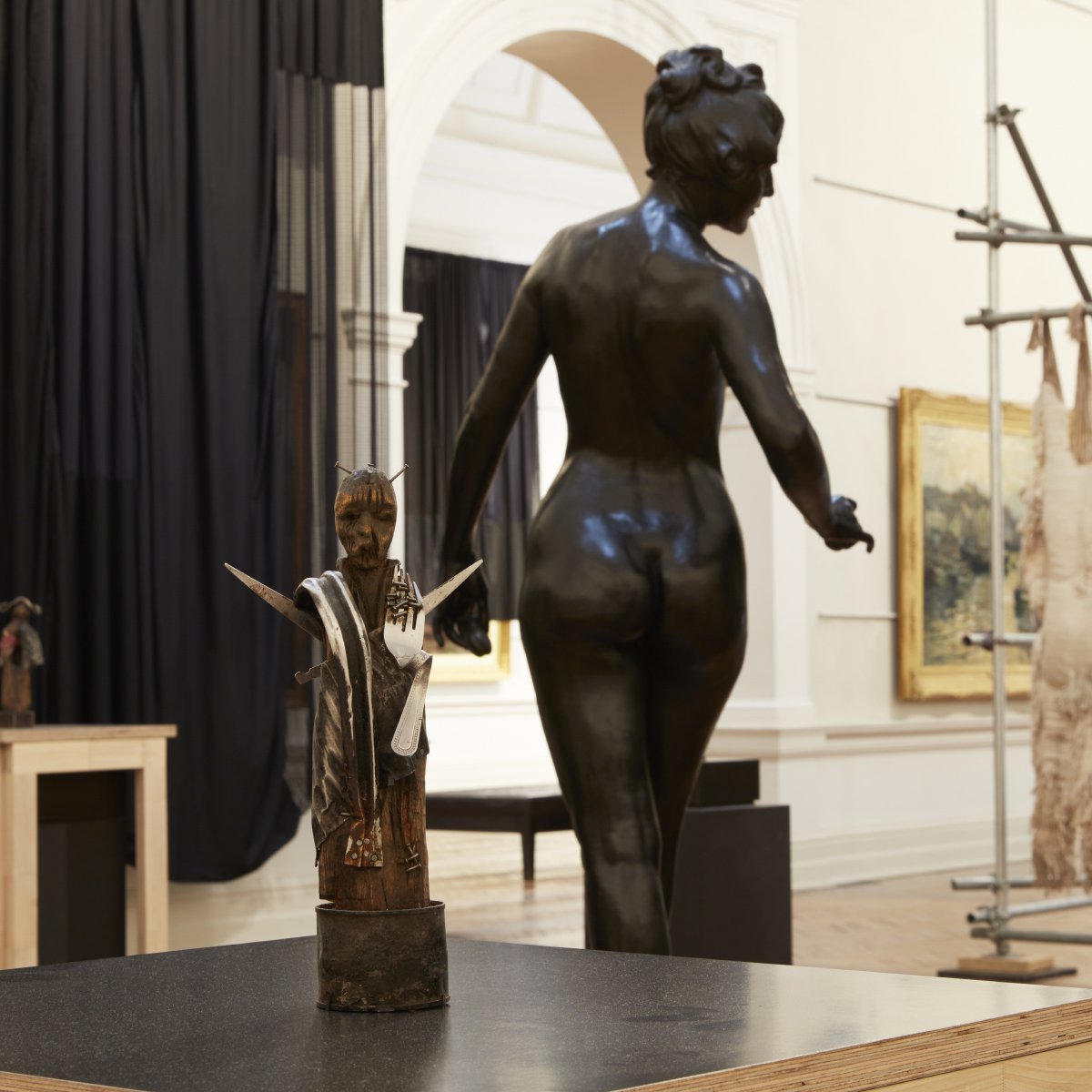 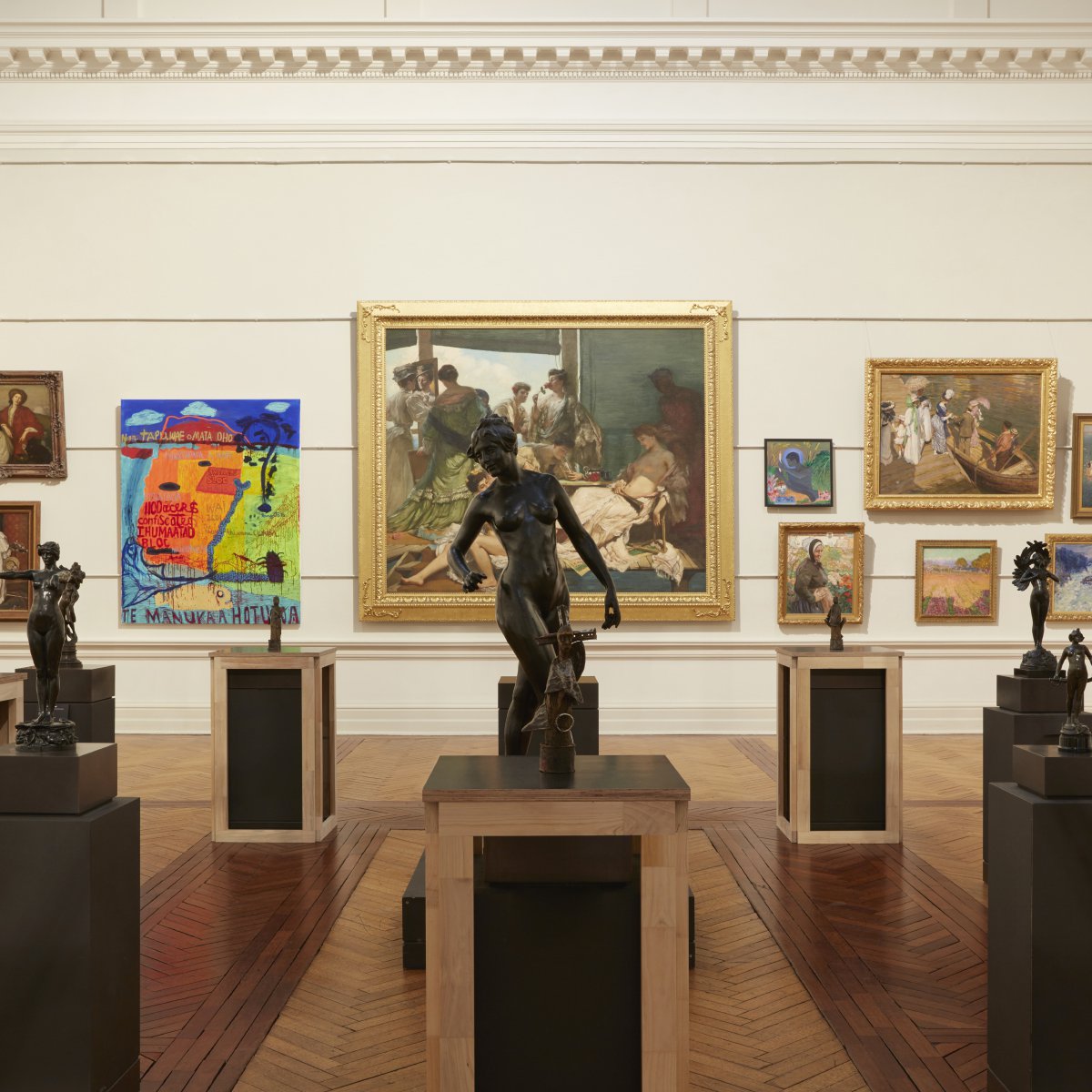 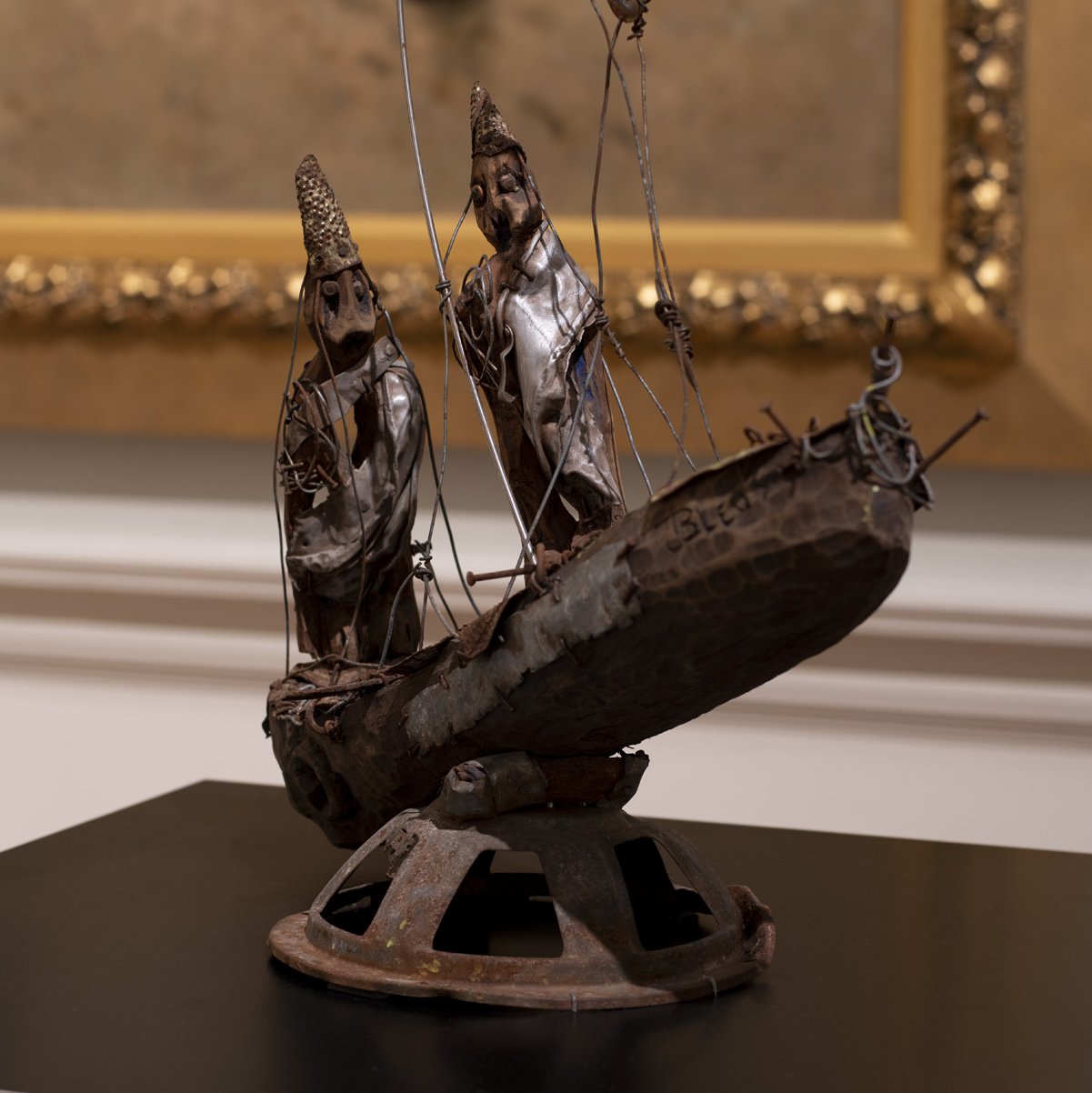 Karim Bleus is part of a group of Haitian sculptors in Port-au-Prince who frequently salvage and re-purpose materials from everyday recycled and found objects such as wood, tin cans, forks and nails. His religious sculptures are created through a strong sense of identity and pride. As visual analogues to local economies, they are intertwined with stories of struggle, survival, and cultural innovation. His artistic process makes space for a sense of liberation, allowing for improvisation and moments of spontaneity and chance, linked to music such as hip-hop and rap. Bléus has developed a material vocabulary related to and emerging from everyday experience, linked particularly to the polyphonic urban landscape of Port-au-Prince. Within the Grand Courts of the Art Gallery of New South Wales, Blѐus’s small figurative sculptures find both resonance and juxtaposition with surrounding sculptural works from the Art Gallery's collection . While differing in their materiality, construction and in their referentiality to place, these assembled figures communicate their stories through gestural symbolism, movement and form.

Karim Bleus grew up in the Rivière Froide neighborhood of Port-au-Prince, Haiti. As a teenager, he started working with ceramics and then studied at ENARTS (Ecole Nationale des Arts) but finally under the influence of Nasson Jean Brunel he concentrated on wood carving mixed with recycled metals. His work has been shown at a solo show at the AfricAmerica Foundation (2004), Fête de la Sculpture, The French Institute, Port-au-Prince (2005); The French Embassy in Haiti (2010); Madinin Arts, Guadeloupe (2012) and Fête du Lac, AfricAmerica, (2013).