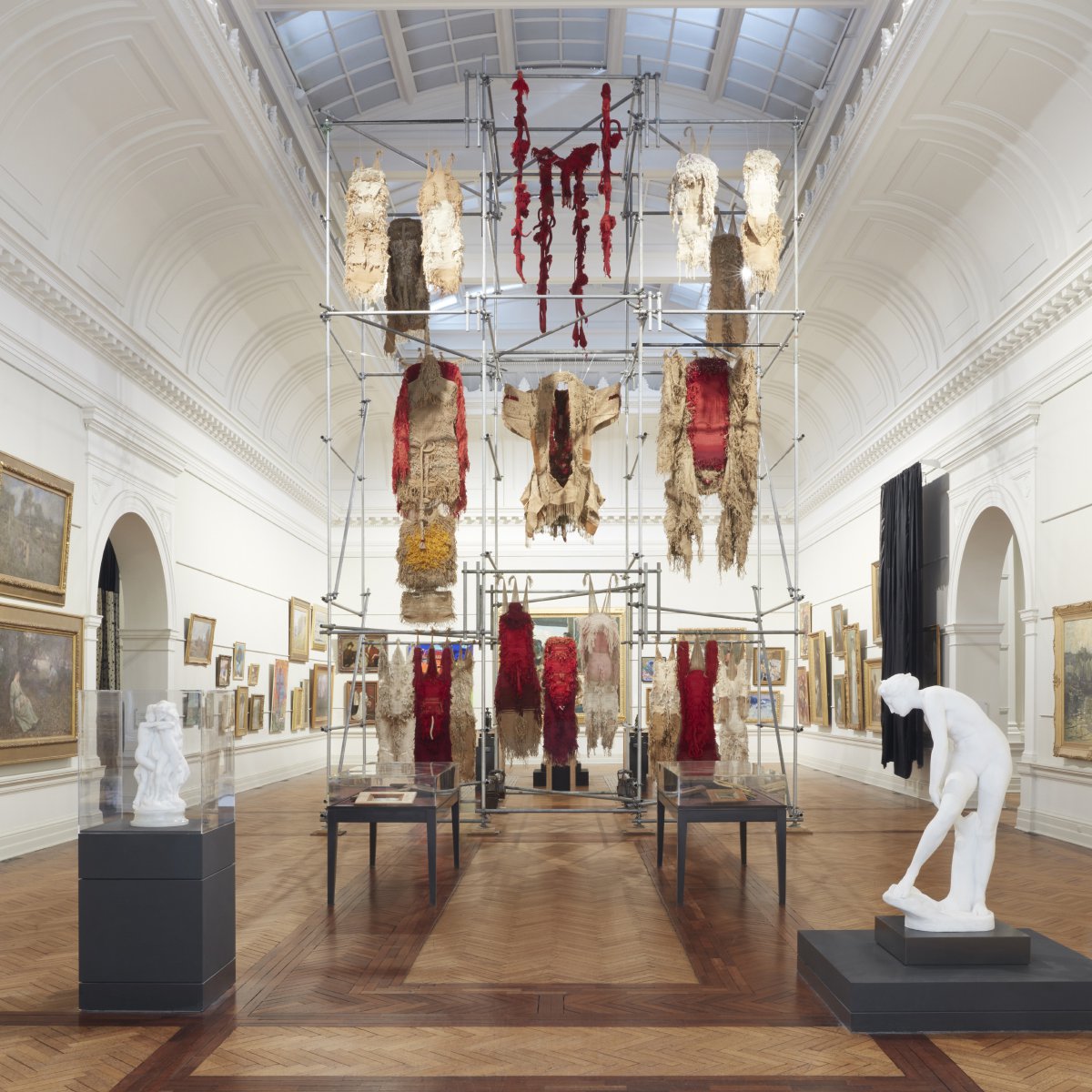 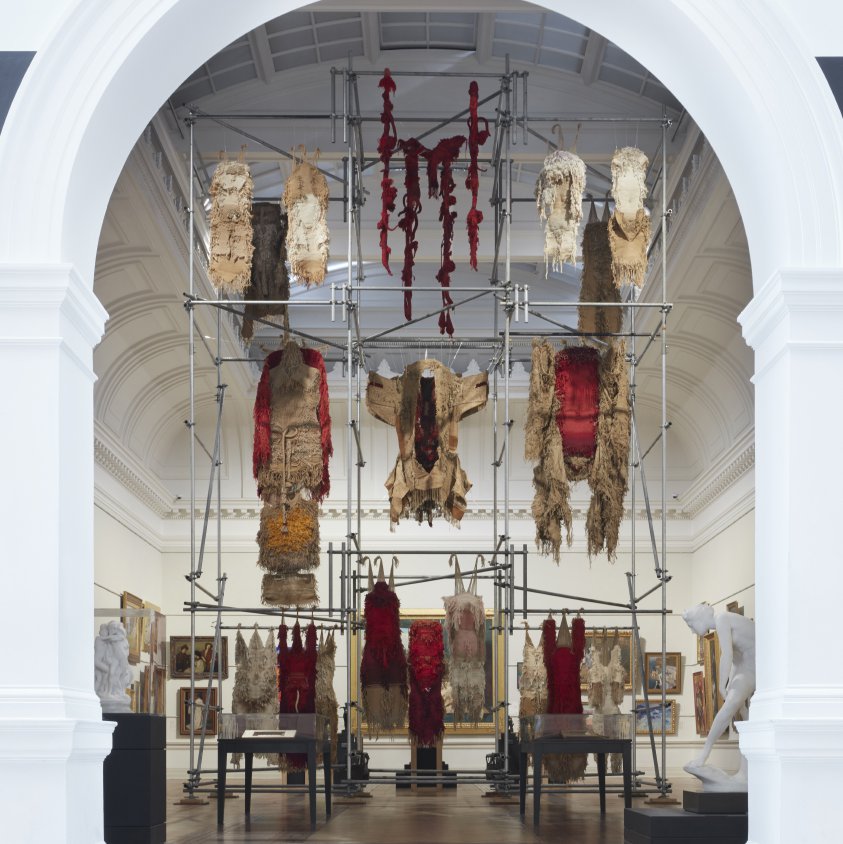 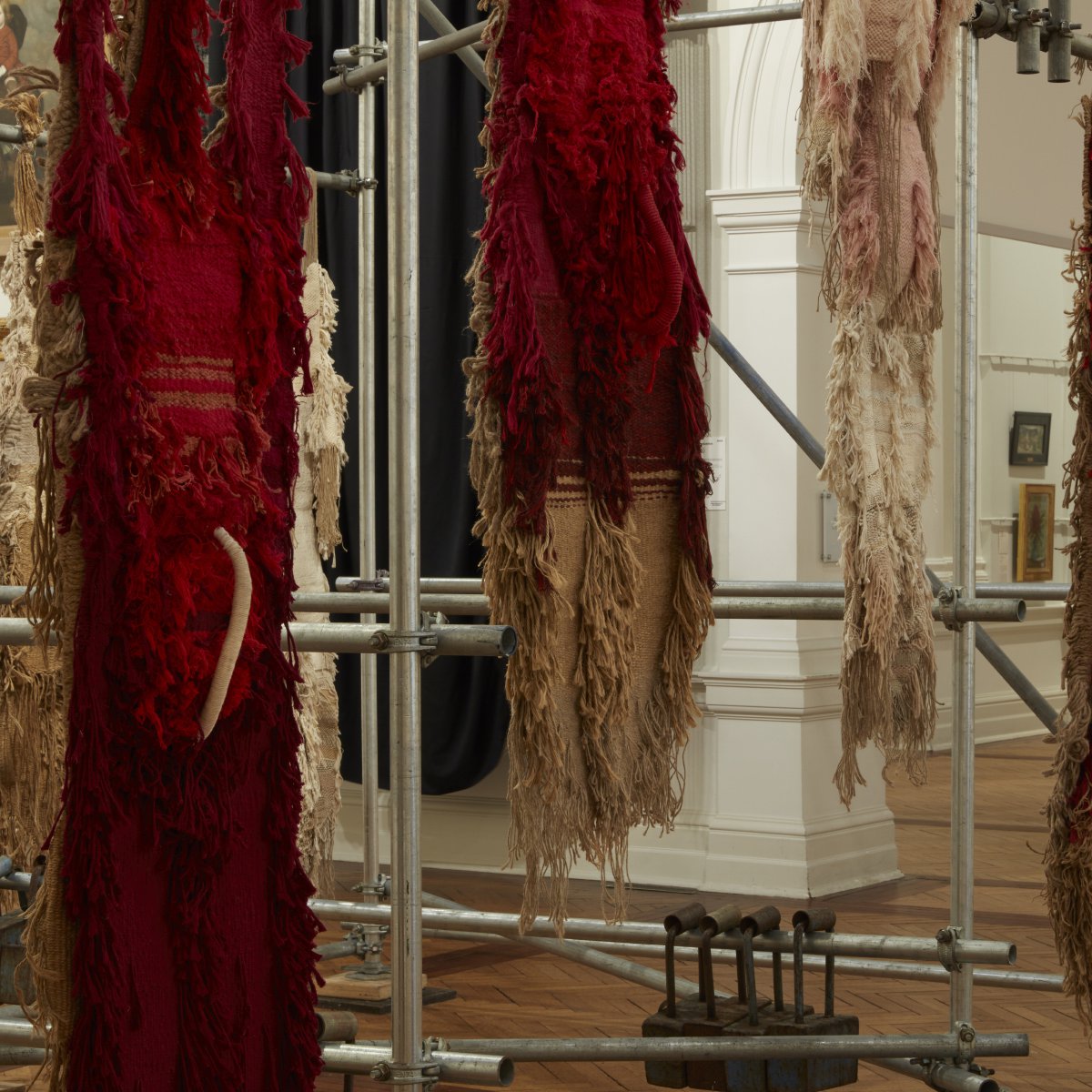 “Altarpiece of the Hanged People is a monumental tribute to all unknown martyrs throughout time. Beginning in the early 1970s, Grau-Garriga created three-dimensional woven characters, each a paradigm of anguish, torment and suffering; innocent victims of the actions of others.”

A major figure in the contemporary textile-art movement, Josep Grau-Garriga often created awe-inspiring tapestries that he presented in direct dialogue with architectural sites such as churches and forecourts. With its textural, visceral forms, the large-scale Retaule dels penjats (Altarpiece of the Hanged People) radically transforms the central space of the Grand Courts at the Art Gallery of New South Wales. It acts as a gesture of memorialisation within a context where histories of war and martyrdom are interwoven across the collections, inviting an embodied re-negotiation of these histories across space. This new formation of the work, presented together with the tapestry Màrtir (Martyr), is in keeping with its dynamic history, where Grau-Garriga would alter the display while retaining the work’s powerful symbolism and monumental presence.

Grau-Garriga began his artistic career in painting and drawing at a very young age and became involved in the art of tapestry – a field which he would excel in from the late 1960s, as one of the leading proponents of the contemporary textile art movement. With a free-thinking and innovative spirit, his career spanned painting, drawing, tapestry, sculpture and installation, often utilising those mediums simultaneously within a conceptually strong and engaged practice.

Presentation at the 22nd Biennale of Sydney was made possible with generous support from Andrew Cameron AM and Cathy Cameron, and assistance from Acción Cultural Española (AC/E), Galerie Nathalie Obadia and Salon 94, New York.