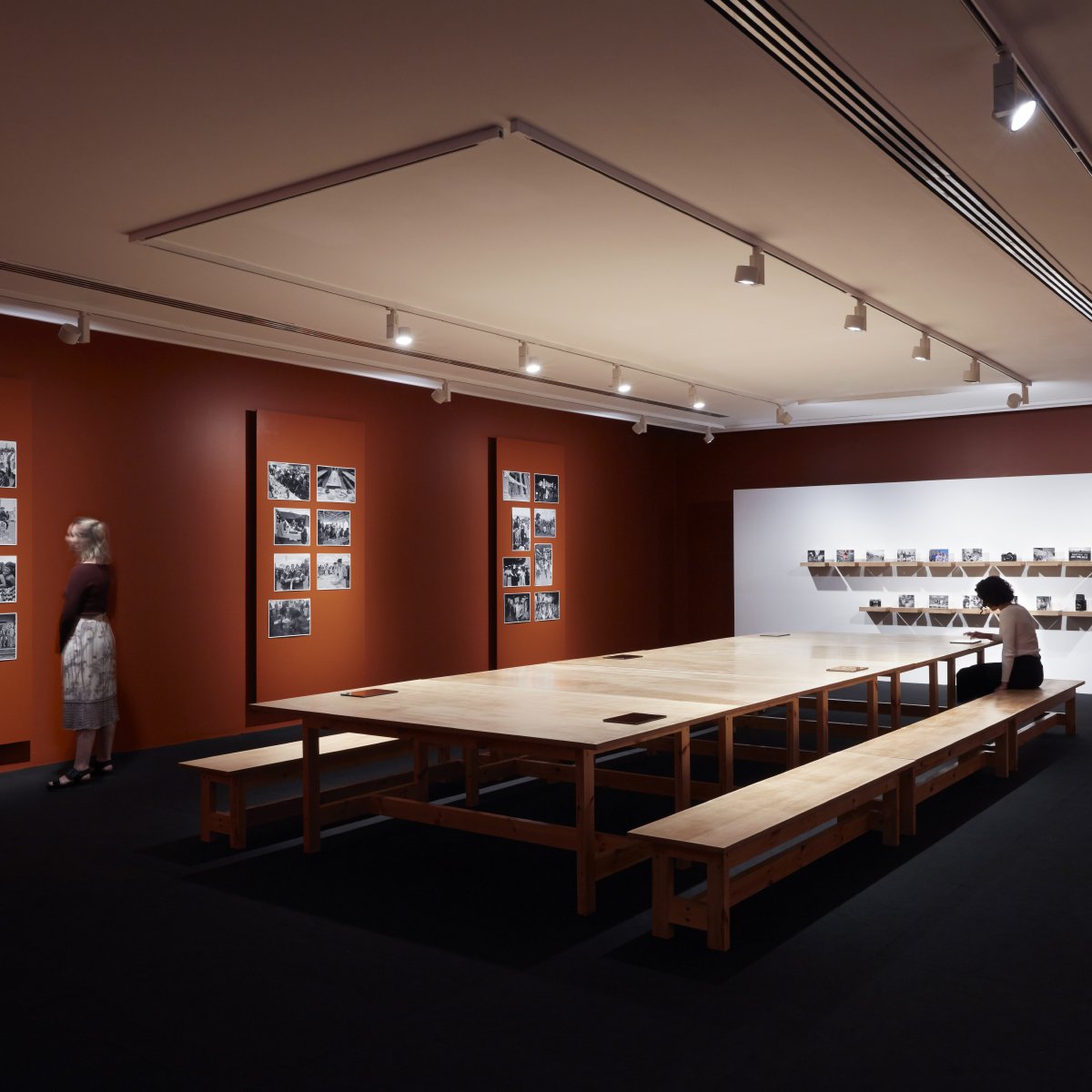 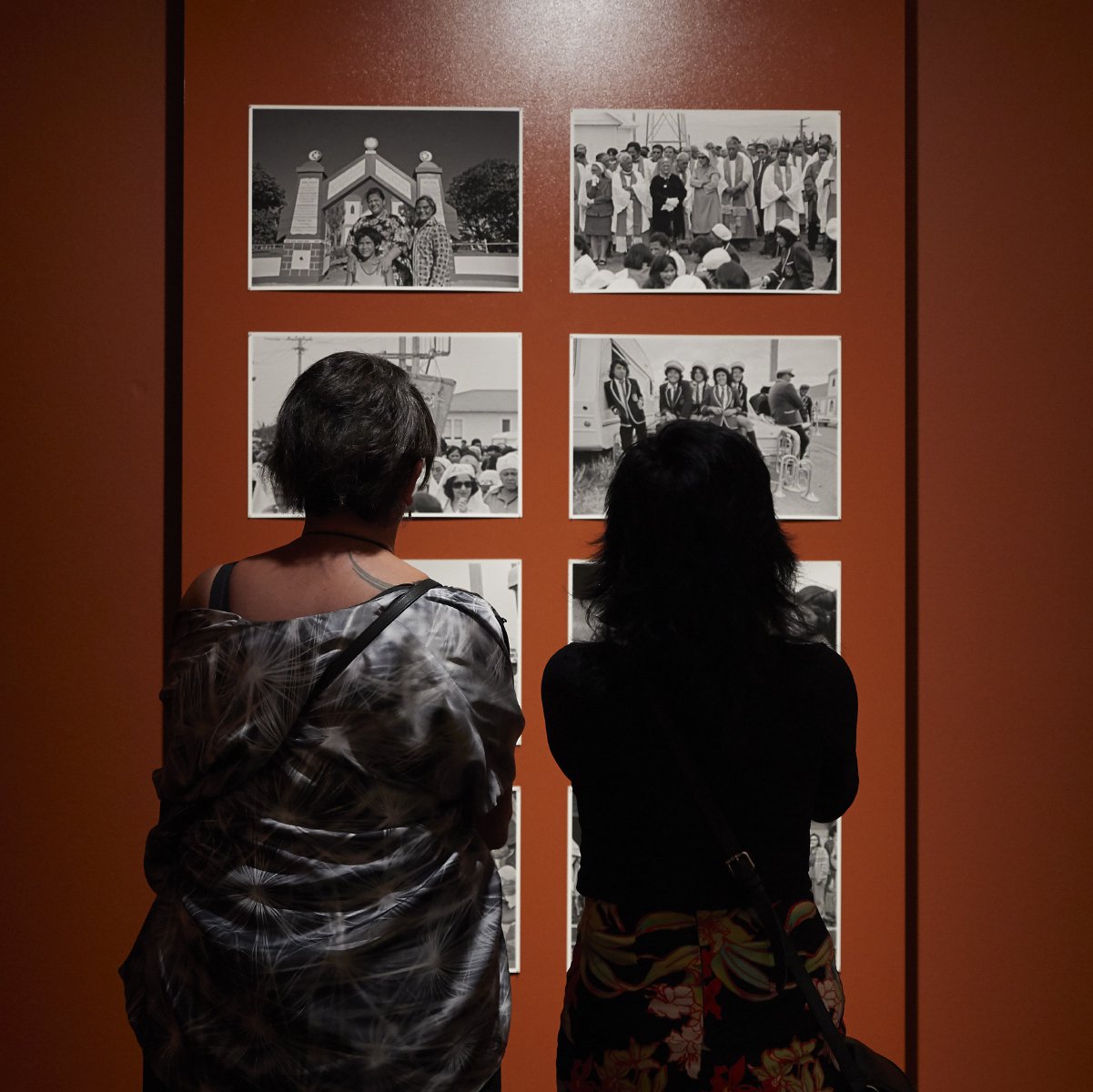 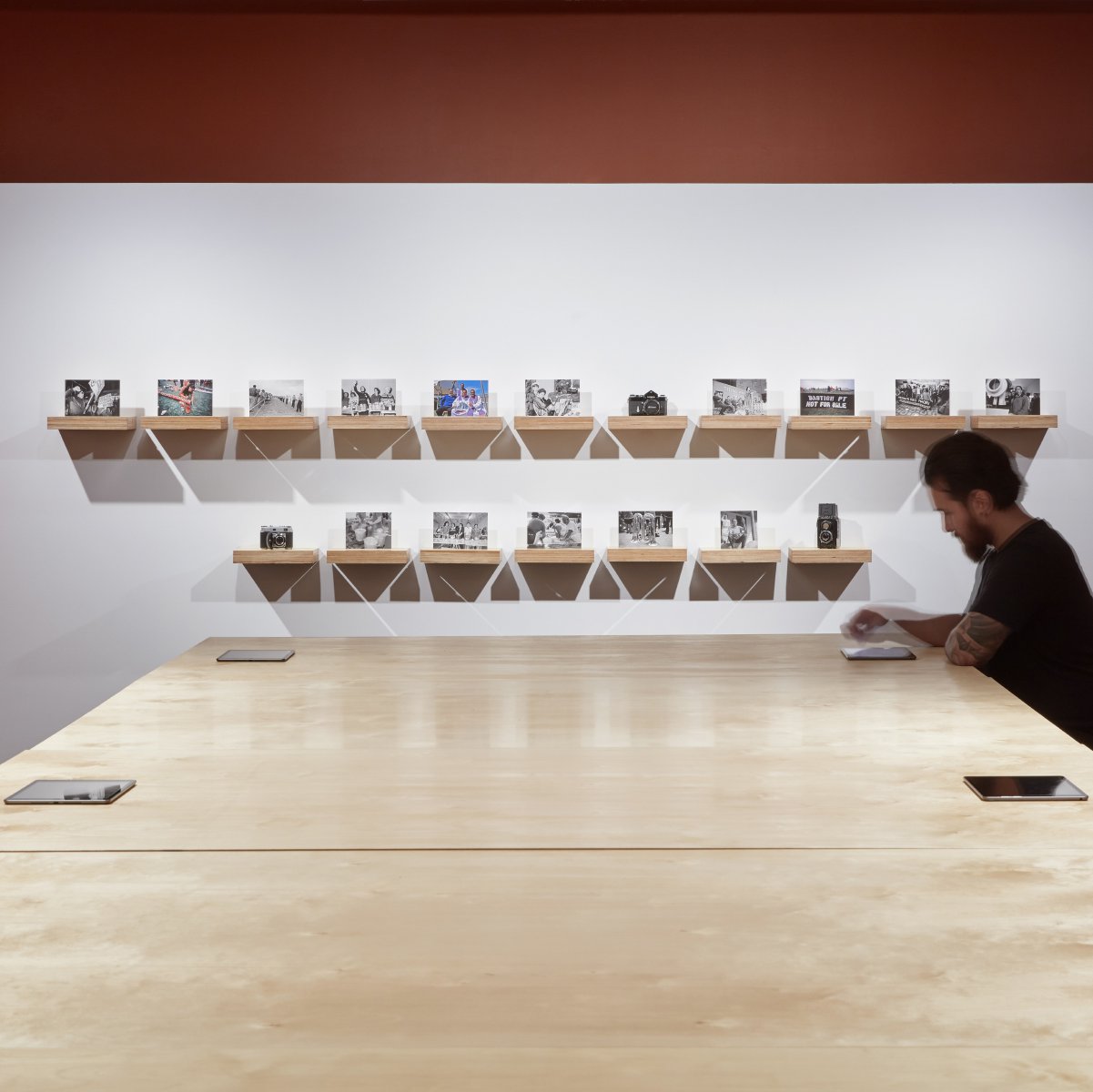 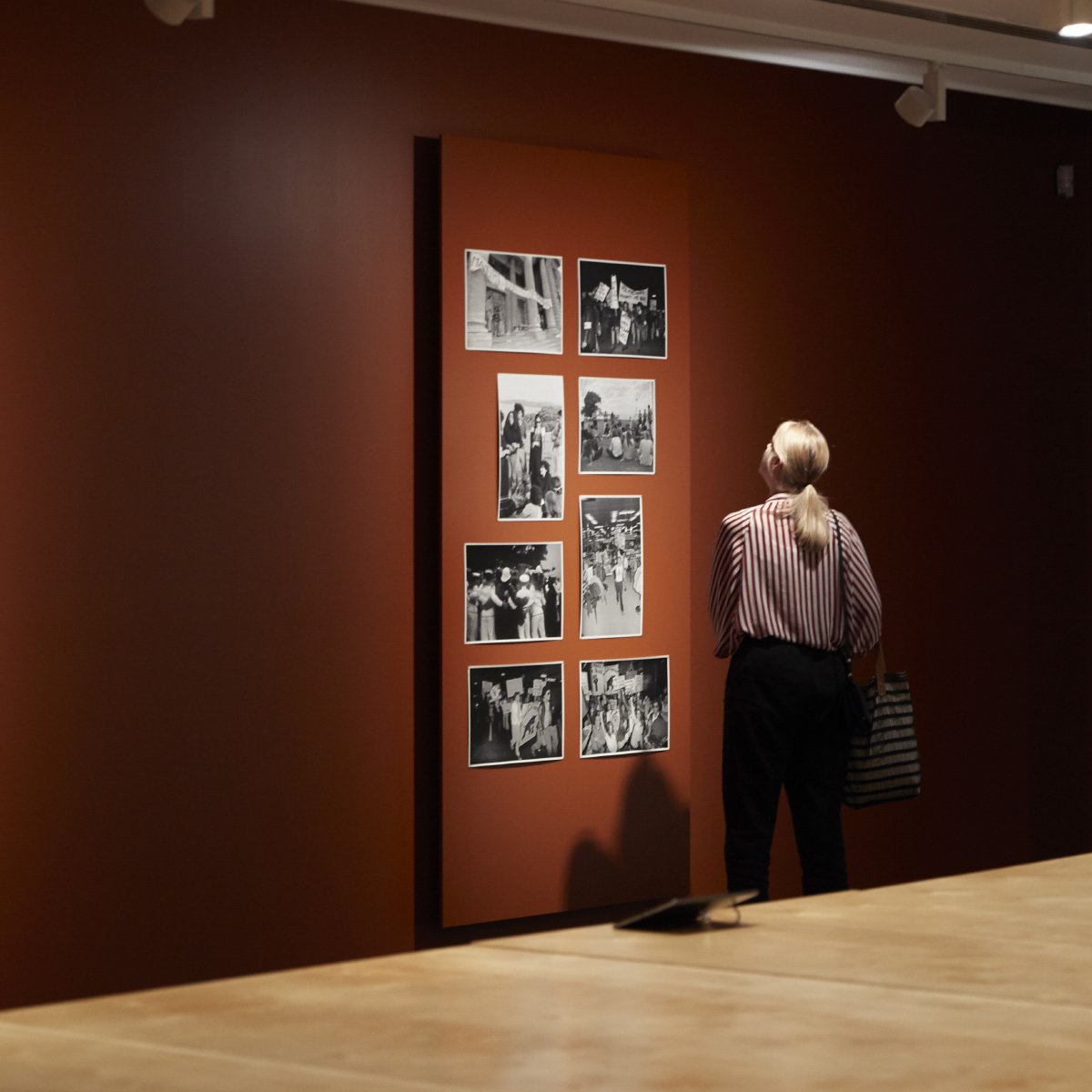 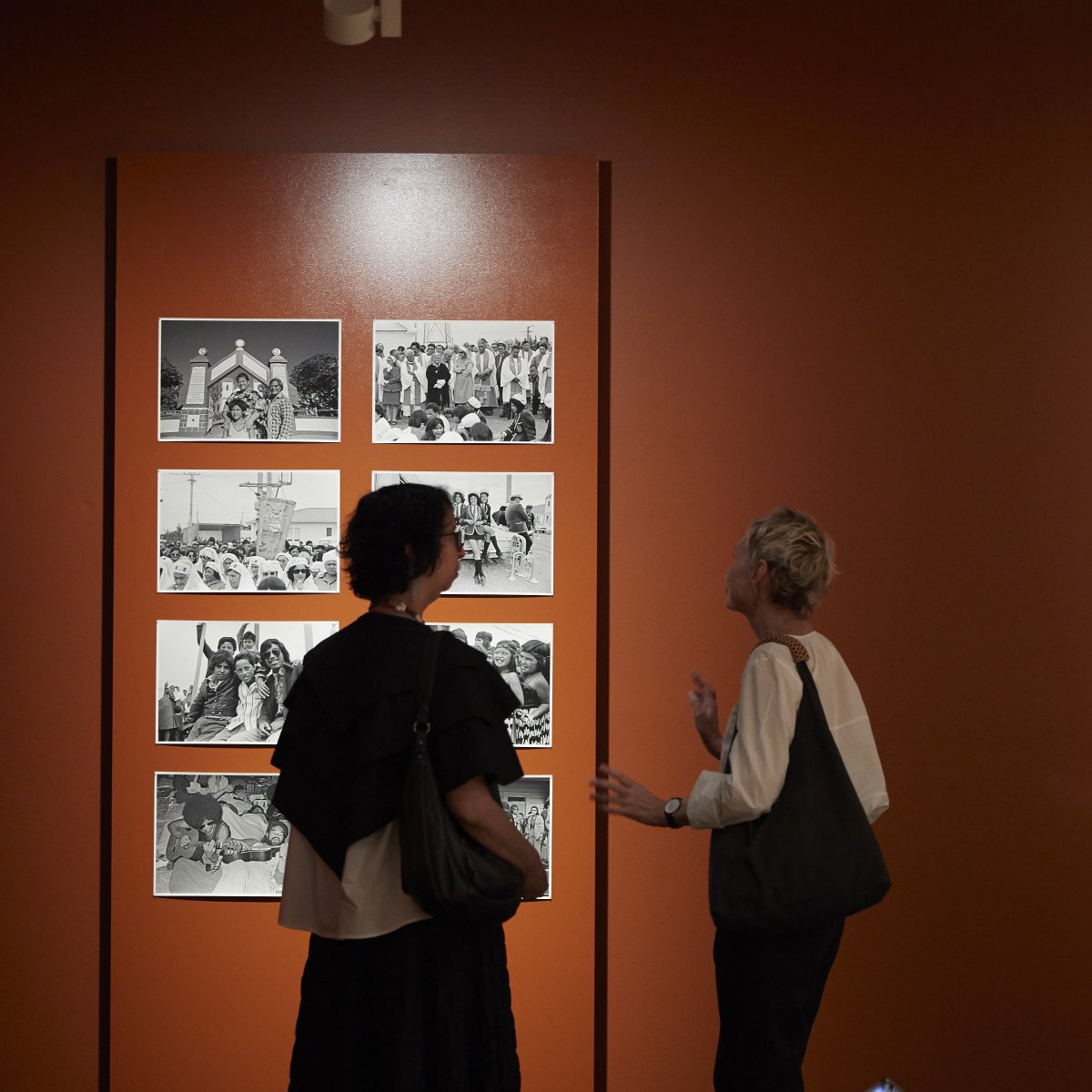 "He kitenga kanohi, he hokinga whakaaro. To see a face is to stir a memory. Pouwātū symbolises what this exhibition intends to embody: a statement of active presence. The active presence of John’s photographic practice over five decades, dynamic and a view from within; the active presence of a wharenui, a vessel, an ancestor, an archive of a place, a library, a place to meet, sleep, kōrerorero (dialogue), the face of a collective history and of an aspirational future; the active presence people, Māori and tangata Tiriti (non-Māori, constituent communities in Aotearoa, whose citizenship is made possible by way of Te Tiriti o Waitangi)." - Elisapeta Heta

Architectural designer, Elisapeta Hinemoa Heta (Ngātiwai, Waikato Tainui) has worked in dialogue and in collaboration with Miller to produce this architectural emplacing, extending and unfolding of his work, ‘balancing the taha wairua (spiritual) with the taha tinana (physical) understanding of space.’ Their work together traverses many times, places, and movements, holding sovereignty as a central thematic across the display.

Heta works through a multi-disciplinary practice to create experiences that make visible our stories, many which have been hidden or eroded – with a focus on Indigenous and wāhine (women’s) stories. She has worked through her practice Jasmax on several cultural and civic projects, as well as through her personal practice as an artist, on multiple exhibitions and publications that sought to educate, empower and to affirm sovereignty and connectedness to identity and whenua (land).