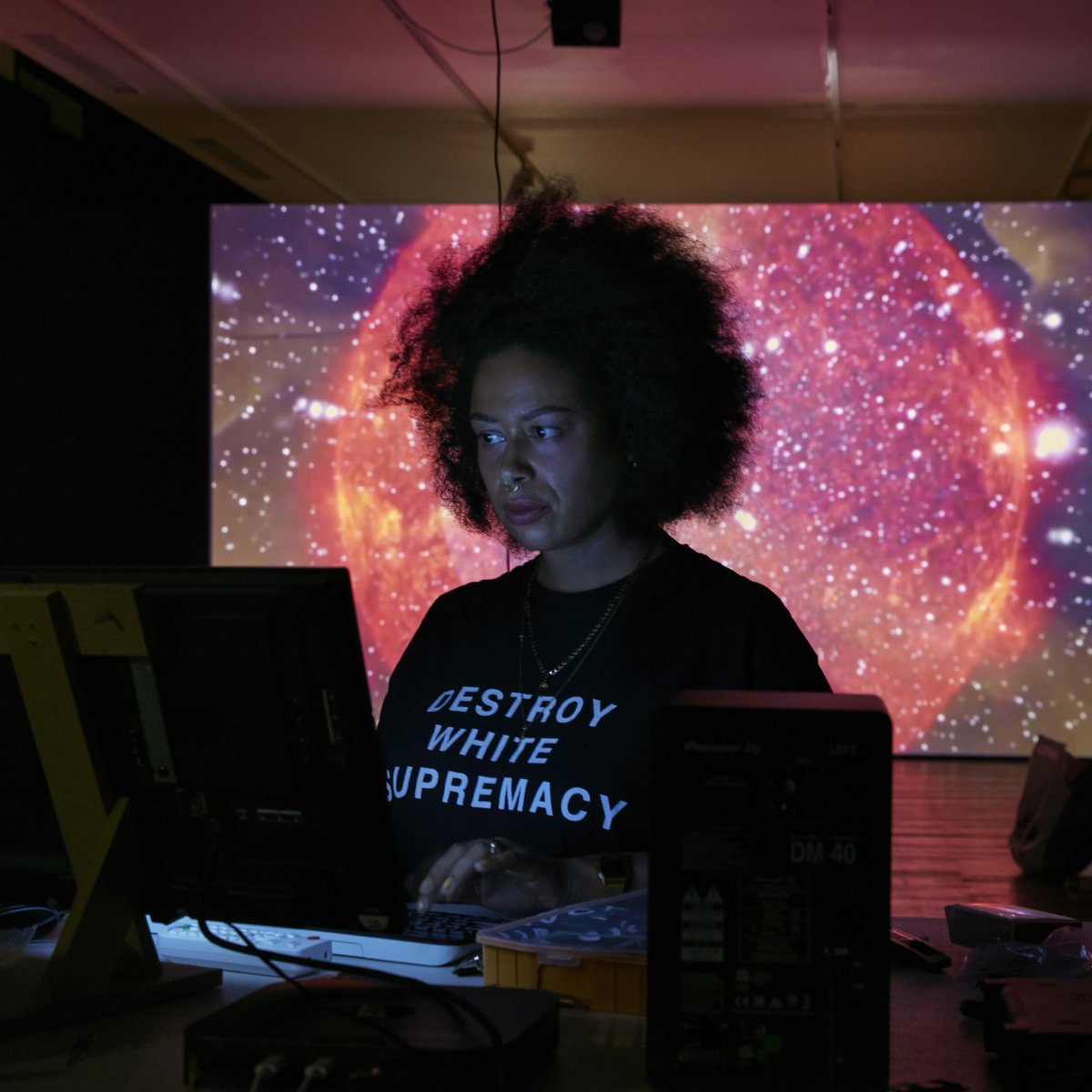 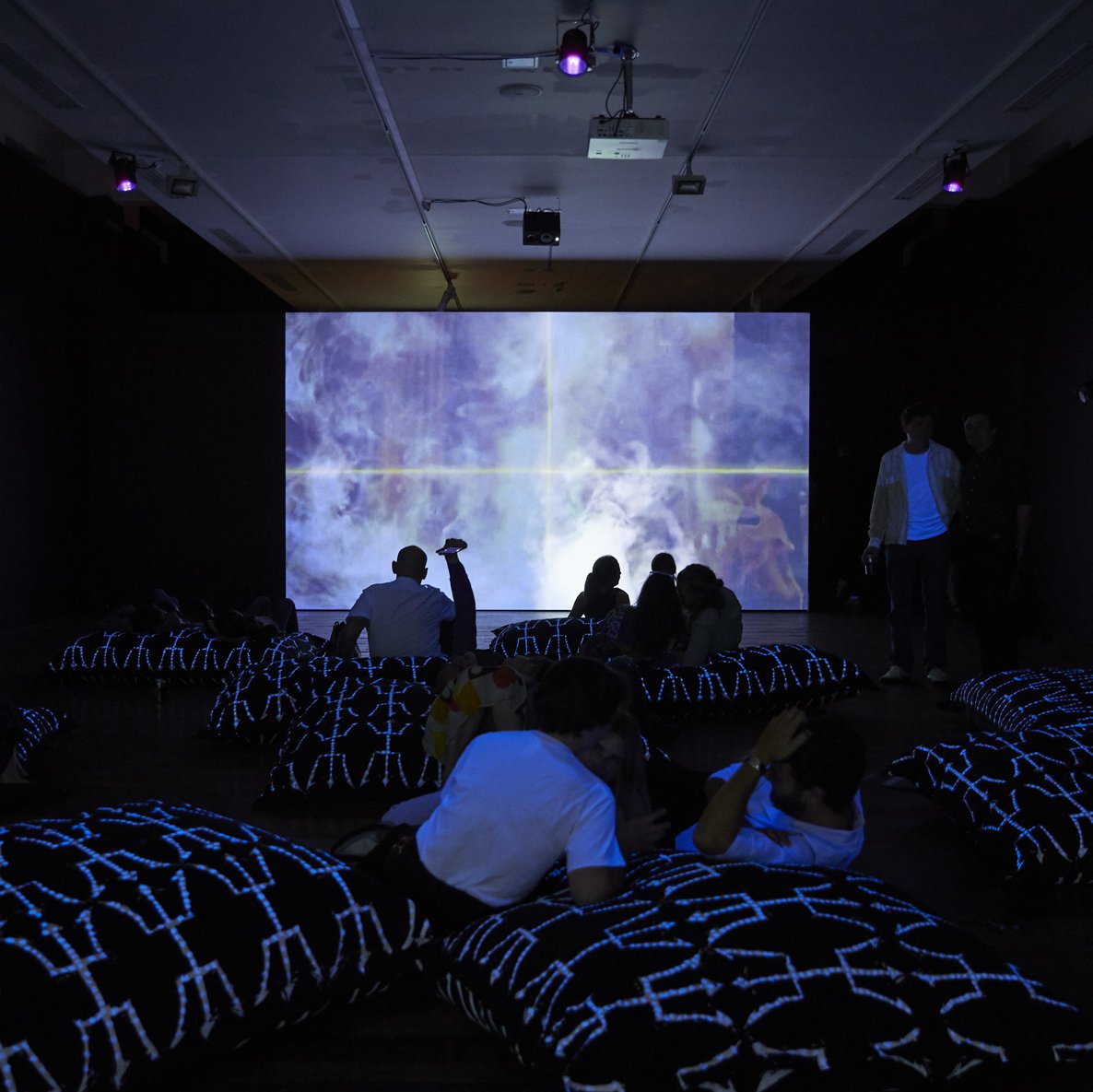 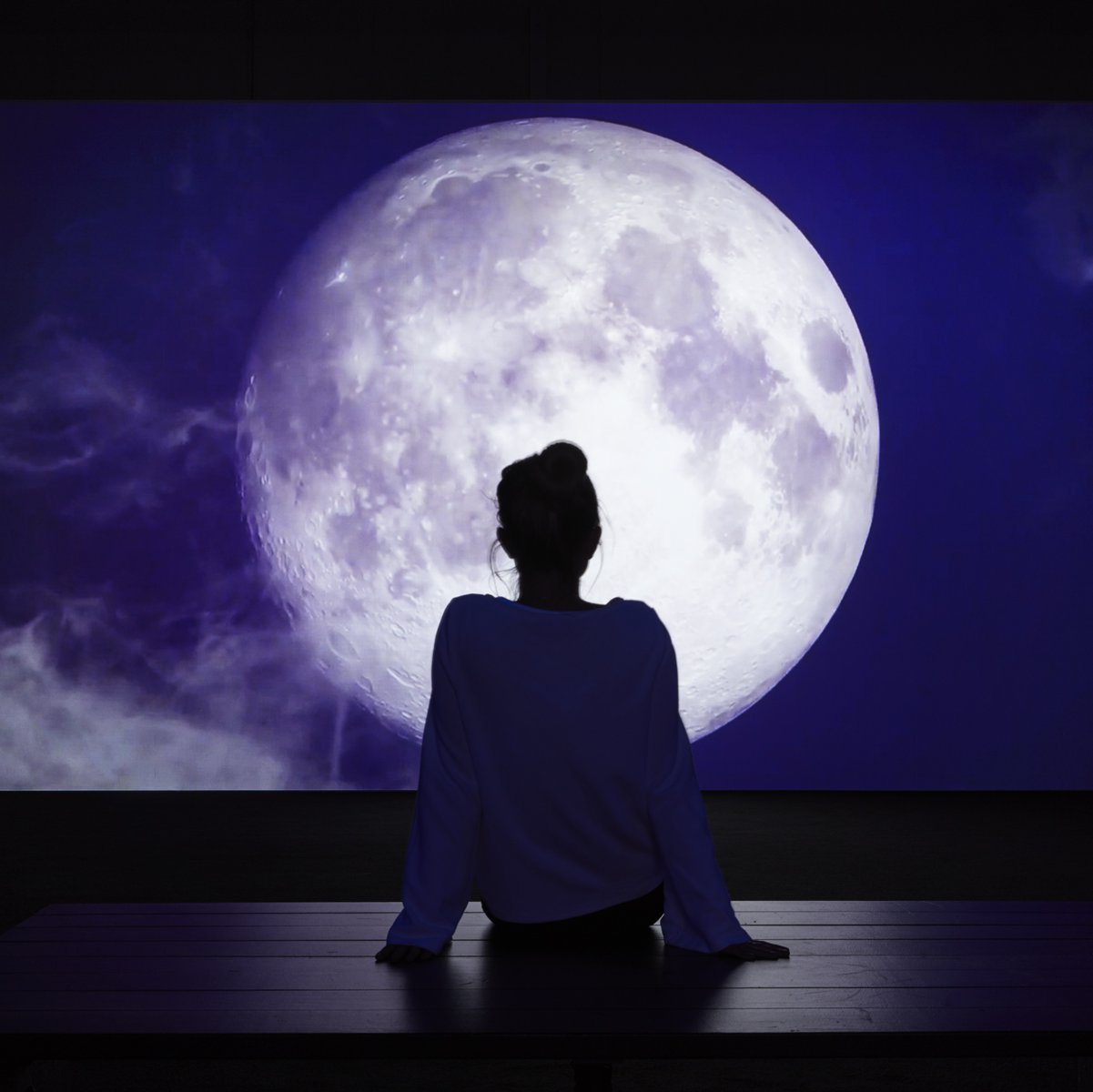 Hannah Catherine Jones, Owed to Diaspora(s), 2020. Installation view for the 22nd Biennale of Sydney (2020). Commissioned by the Biennale of Sydney with generous assistance from the British Council, Australia. Courtesy the artist. Photograph: Zan Wimberley. 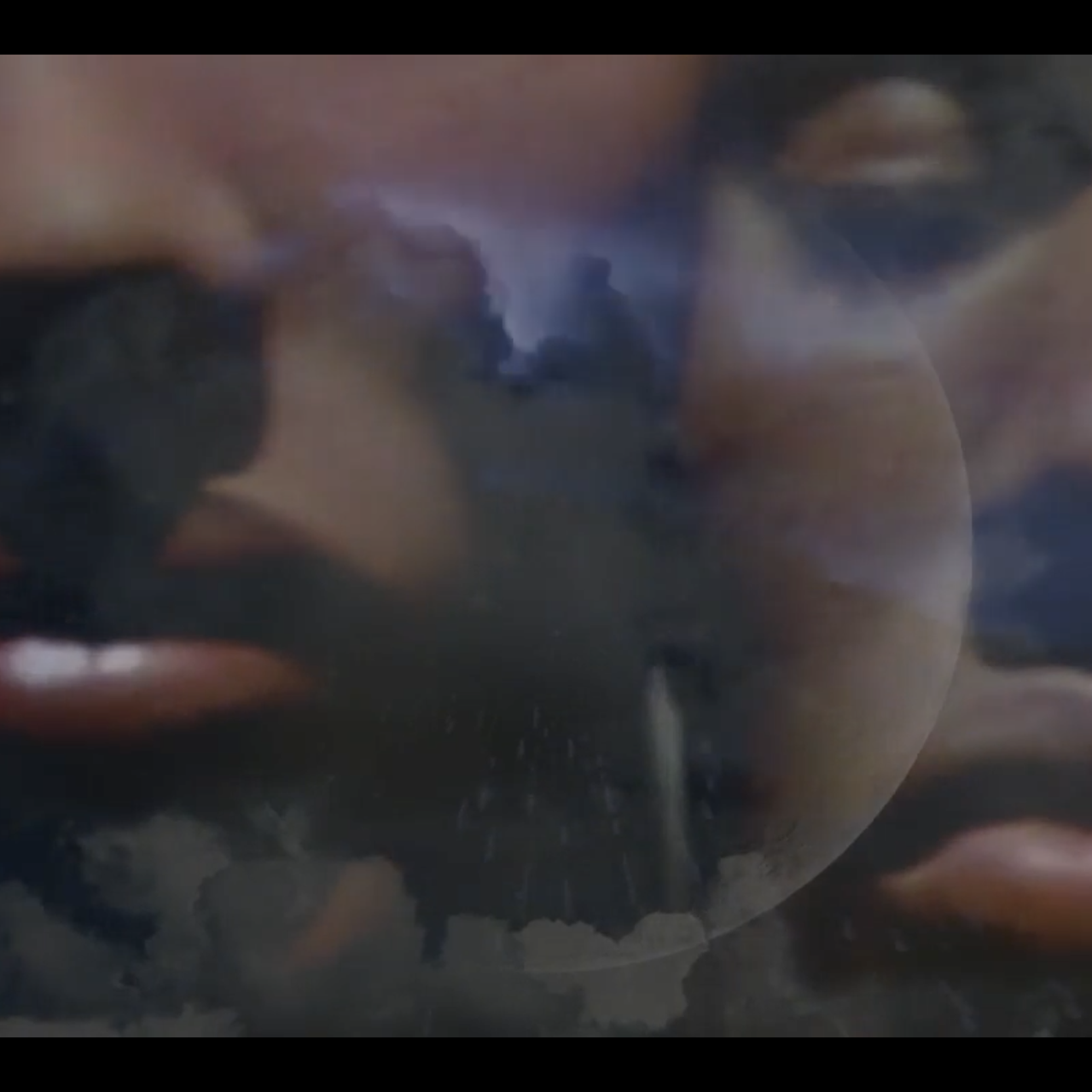 "I am attempting to use my position, privilege and powers to tell a story, one of many stories, that I see, hear and feel. As we continue the perpetual work to uncover the African diasporic and their stories, we are absorbing, accumulating, accessing an ever-deepening, ever-nearing, never quite reaching…

The Oweds are my ongoing attempts to own a narrative, one that is simultaneously joyful, traumatic, depressive, hopeful, non-linear, and that is often owned and obfuscated by white noise.

The story is in our DNA. How can
we uncover, unlock, download it?

The local swells and bursts into the global into the celestial. How can this be observed."

Hannah Catherine Jones’ immersive video installation is an atmospheric blending and traversing of cosmic scenes to actions of freedom, colonial histories to possible futuristic visions and popular culture. Empowering women and diaspora, this re-writing of visual legacies and the world seen through different eyes, brings together scenes of collective action, from protest to music-making. The installation invites us to rest in an immersive visual experience where time passes at varying paces as attempts are made to bend the way popularist ideologies are often ignorant to alternative experiences of the world.

Hannah Catherine Jones (aka Foxy Moron) is a London-based artist, scholar, multi-instrumentalist, radio presenter and DJ (BBC Radio 3 - Late Junction, NTS - The Opera Show), composer, conductor and founder of Peckham Chamber Orchestra – a community project established in 2013. Jones is currently an AHRC DPhil scholar at Oxford University for which the ongoing body of work The Oweds will be presented as a series of live and recorded audio-visual episode-compositions using disruptive sound as a methodology of institutional decolonisation.

Commissioned by the Biennale of Sydney with generous assistance from the British Council, Australia