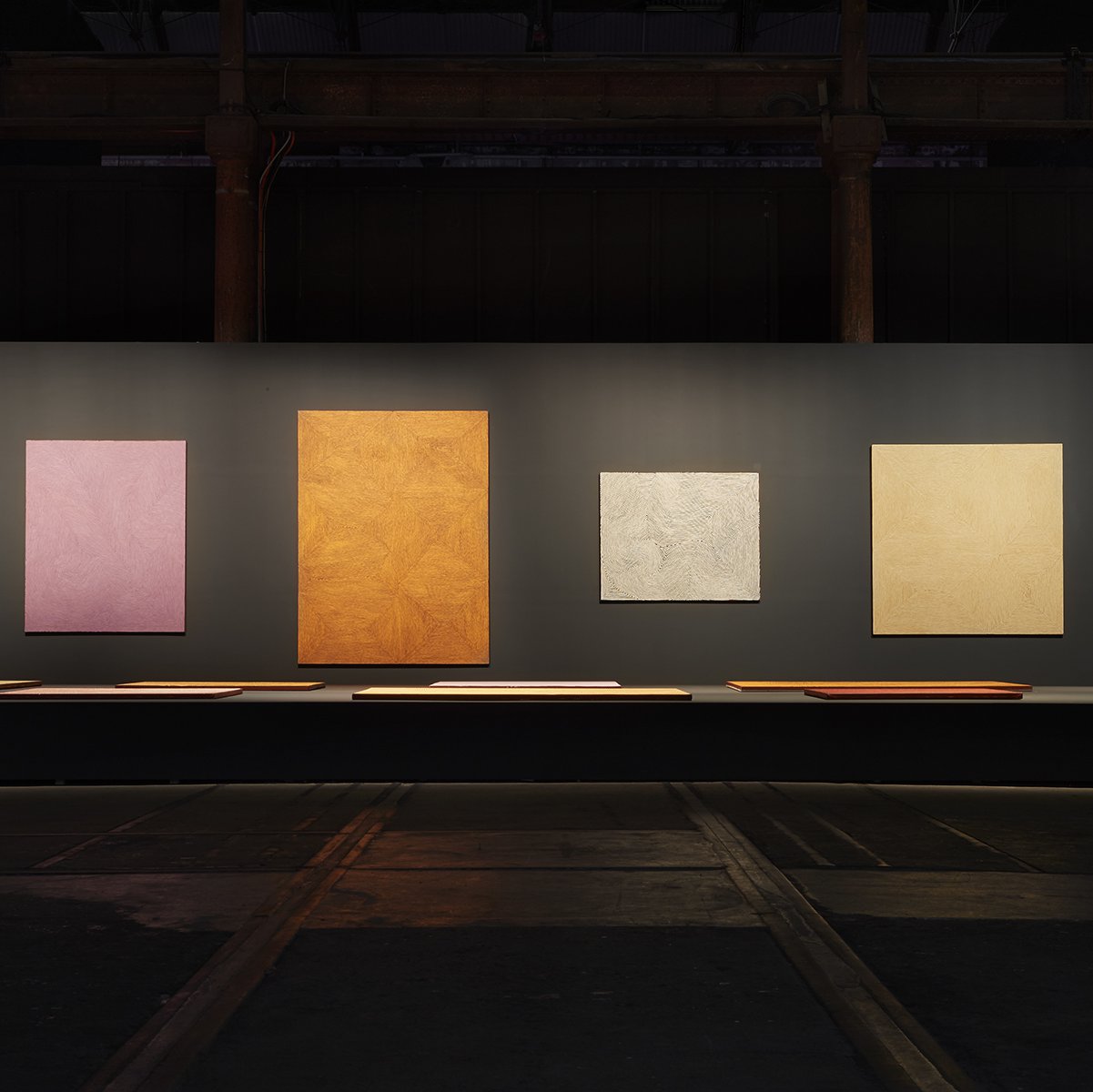 George Tjungurrayi. Installation view (2018) at Carriageworks for the 21st Biennale of Sydney 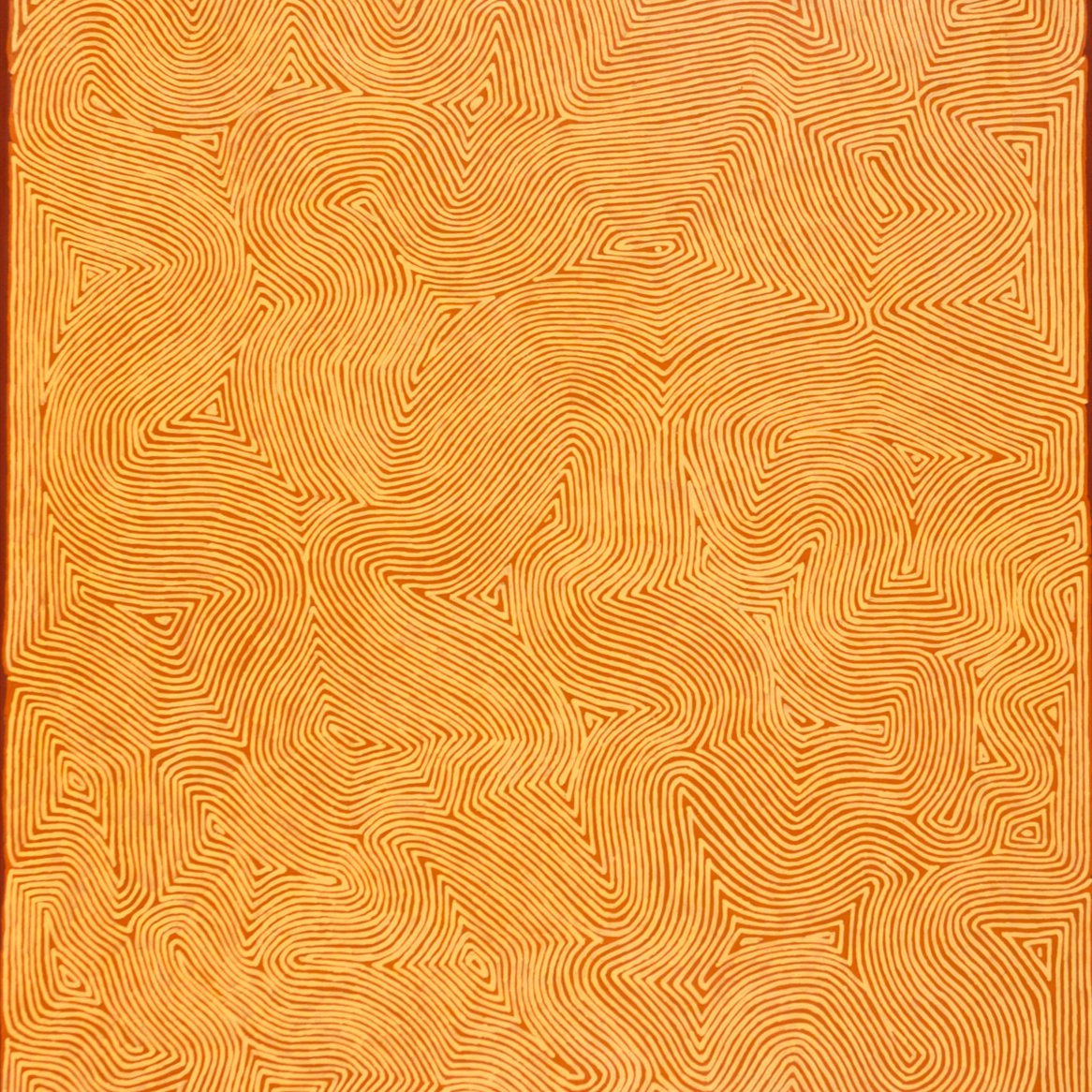 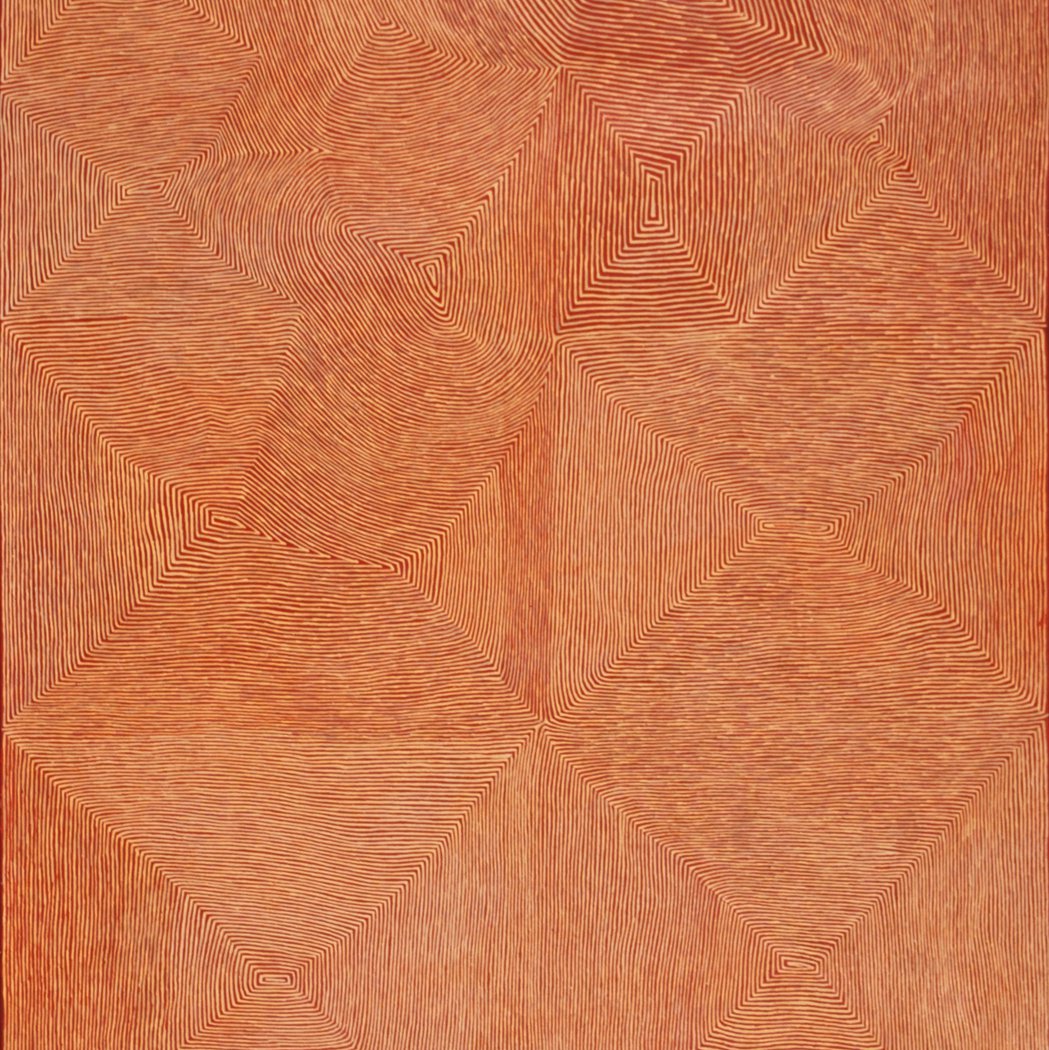 George Tjungurrayi has been creating paintings using linear patterns since the 1990s. His abstract canvases, demonstrating the distinctive painting style of Papunya Tula Artists of the Western Desert, are often interpreted as reflections of the desert landscape. The shapes and lines can be read as representations of waterholes and the ripple marks on the sand caused by the wind. When considered in a Western art-historical context, the optical effects created by colliding colours are reminiscent of Minimalism and Op Art. For Tjungurrayi, the characteristic patterns are also a reference to the invisible energy fields of his ancestral country and traditional stories deeply rooted in sacred law.

Born near Kiwirrkura in a remote part of the Gibson Desert in Western Australia, Tjungurrayi came in from the desert by way of Mount Doreen and Yuendumu in the early 1970s and started painting at West Camp at Papunya with Papunya Tula Artists in 1976. Adapting traditional Tingari style, Tjungurrayi began exploring the abstract use of optical stripes for which he is now recognised. At Carriageworks a series of recent paintings are exhibited, some canvases presented on purpose-built wall, while others are displayed horizontally on a platform, referencing both the manner in which they were created and the topographical landscapes they represent.

Tjungurrayi’s evocative use of colour and line means that his paintings often appear to Western eyes as abstract colour fields, yet they also reveal multiple layers of meaning. The concise pattern of lines, redolent of the ripples carved into the sands of the desert by the wind, also depict motifs associated with stories of the journeys of Tingari people across country and the plants found at certain sites that provided travellers with sustenance. Now in his seventies, Tjungurrayi lives in the community of Kintore in the Northern Territory where he maintains an active painting practice, continuing to develop and refine his distinctive style. A highly respected senior Papunya Tula Artist, works by Tjungurrayi are held in significant collections both in Australia and internationally.