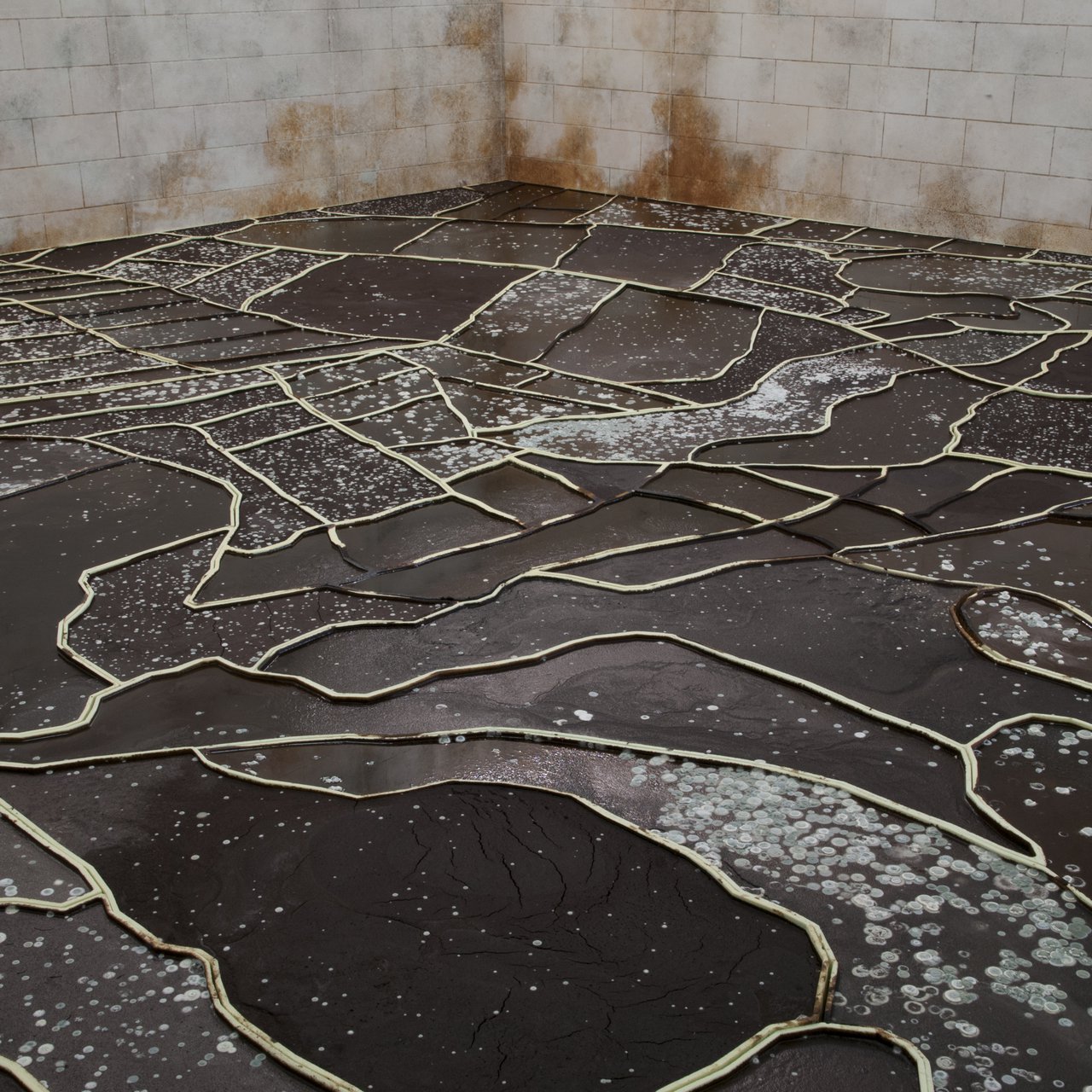 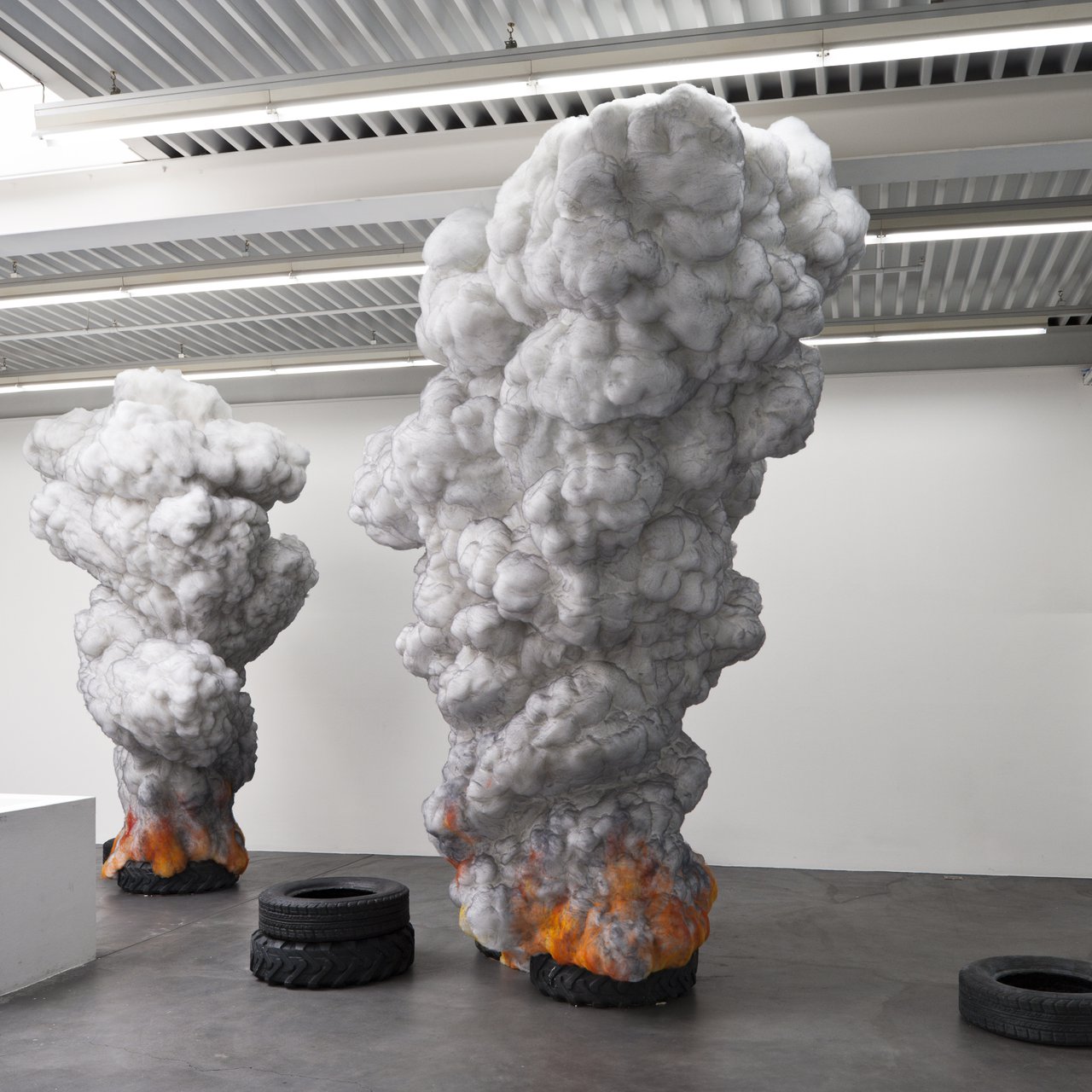 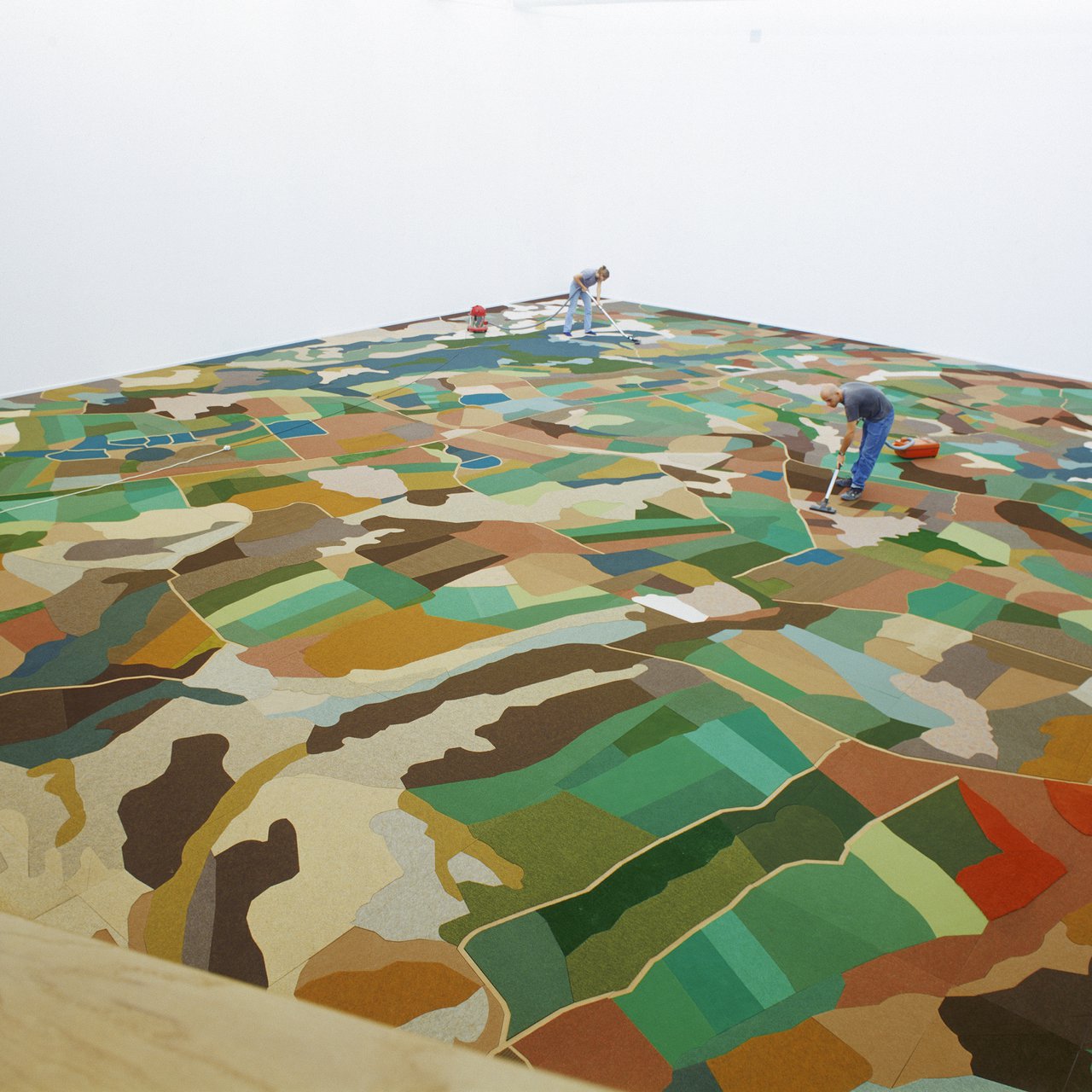 Gal Weinstein’s works are living environments in flux. Inspired by earthly landscapes, waterways and historical events, Weinstein’s practice deals with the process of changes over time. His organic carpets often reference bodies of water and question humans’ authoritative control over water resources which has on many occasions led to agricultural disaster and flooding. In his works, Weinstein uses organic materials including coffee grounds, sugar, metal fibres and vinegars. Over time, the installations evolve, grow mould and blend with the site, making the work itself indistinguishable and blurring perceived lines between culture and nature. Weinstein’s works are often based on images which are ingrained in the collective memory of Israel and real places which feature in the mythology and narratives of the state.