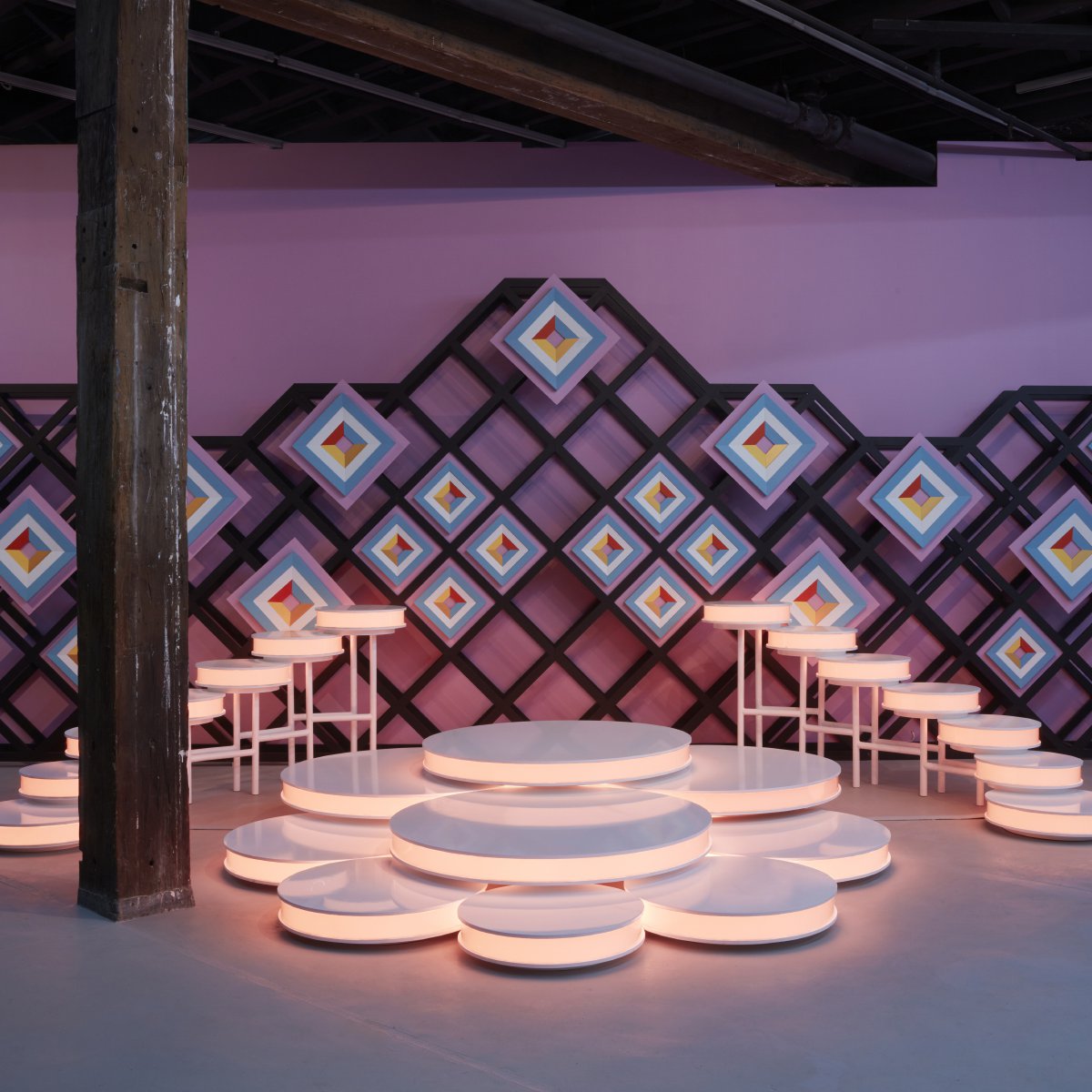 Born 1987 in Lima, Peru
Lives and works in Lima and itinerant

"Sabado Gigante (Gigantic Saturday) is part of a series resulting from research through which I reproduce and re-contextualise a series of TV sets used by Latin American romantic ballad singers between the 60s and 90s. The aesthetic of these spaces show clear references to various modernist trends, which were appropriated in pop culture with the aspiration of symbolising progress – a stance that contradicts the music’s conservative and especially sexist discourse. Moreover, at the time, pop culture worked as the media through which massive audiences became consumers of avant-garde art, which in previous decades had been reserved for the intellectual elites."

Fátima Rodrigo Gonzales' installation is based on a set from one of South America’s most successful television shows, Sabado Gigante (Gigantic Saturday). Sabado Gigante’s celebrity host Don Franciso was repeatedly accused of humiliating people on air, sexual harassment and attempted rape. In Rodrigo Gonzales’ re-working of the set, she draws attention to its flashy characteristic of fun-fare, dancing and entertainment, whilst behind the scenes this industry has a crude and entrapped legacy.

Using different kinds of media, Fátima Rodrigo Gonzalez explores the representation of modernism and gender identity through different devices such as architecture, modern art and pop culture. Her work problematises the structures of power that, in a post-colonial context, continue to organise the world, veiling the fluid relations between coloniser and colonised that compose what we understand as ‘modern’. By implementing methodologies related to queering, she creates subtle acts of subversion by translating the aforementioned elements into other materials and highlighting details that have frequently gone unnoticed.

Commissioned by the Biennale of Sydney with assistance from the Peruvian Ministry of Culture and NIRIN 500 patrons. Courtesy the artist and 80m2 Livia Benavides Gallery, Lima.