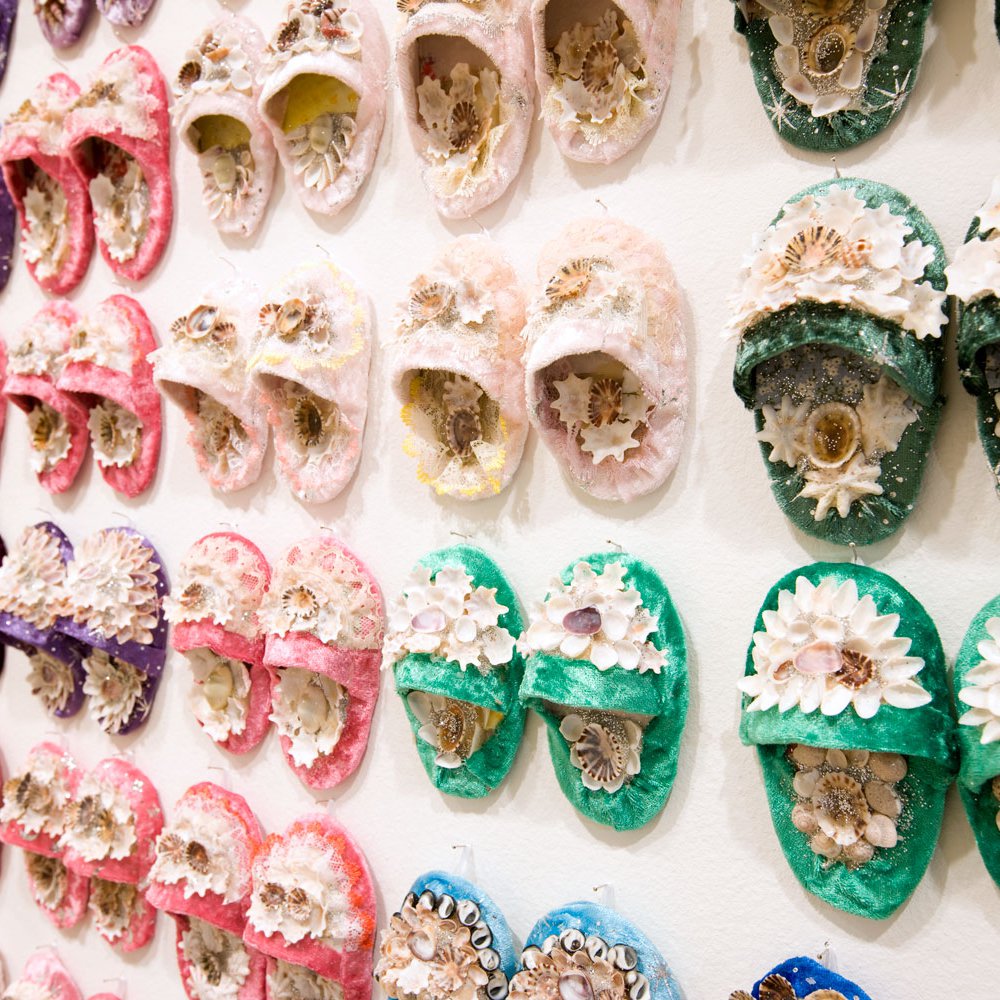 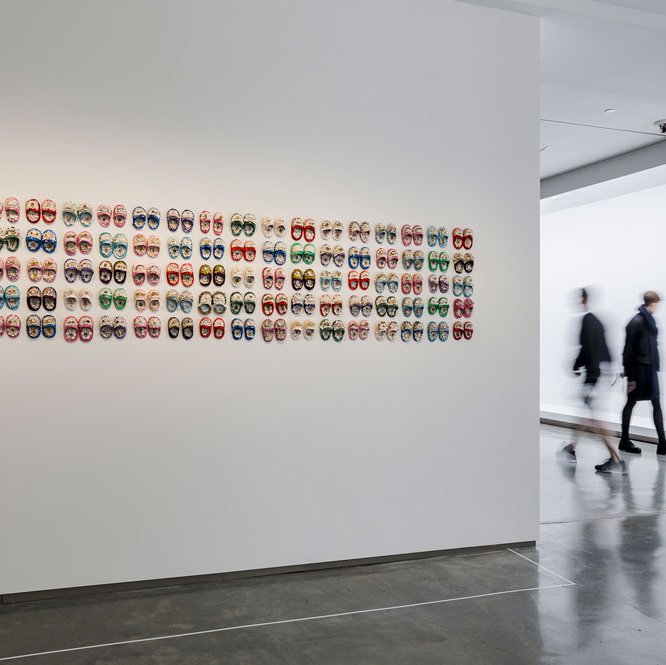 Bidjigal elder and senior artist Esme Timbery is recognised for her decorative shelled models and objects that range from depictions of Sydney attractions to small slippers, frames and boxes. Continuing the shellwork tradition associated with the Aboriginal community of the south-eastern Sydney suburb of La Perouse, Timbery’s works embody an enduring connection to Country, linking a long-established craft to the changing geography and cultural reality of contemporary Sydney.

Coastal Aboriginal communities have crafted objects, including fish hooks and jewellery, from locally sourced shells for thousands of years. Continuing this tradition, the making of shellworked objects by Aboriginal women in La Perouse has been traced back to the late nineteenth century – shell baskets were sold at Circular Quay and Botany Bay as early as the 1880s. Coinciding with the growing interest in shellwork as a fashionable Victorian-era leisure activity for ladies, the practice was encouraged by missionaries working in the La Perouse community as a way for women to generate an income. Timbery’s great-grandmother, ‘Queen’ Emma Timbery, was an accomplished shellworker whose objects were shown and sold at the Sydney Royal Easter Show, and, notably, were displayed at an exhibition of Australian crafts in England in 1910. Shellworked objects were popularised in the 1950s and 1960s as souvenirs, and traded together with boomerangs, shields and clubs produced by the men.

Alongside her sister, Rose Timbery, Esme learnt the requisite skills for shellwork as a young girl, first collecting and organising shells sourced from local beaches on the New South Wales south coast according to size and colour, before creating her first brooches at the age of seven. Timbery and her sister began selling their work in the 1950s, and Timbery’s pieces were first exhibited in a contemporary art context in 2000 as part of the exhibition ‘Djalarinji – Something that Belongs to Us’ at the Manly Regional Gallery and Museum. Since 2000, Timbery has been involved in several significant exhibitions and contemporary art projects, and was awarded the inaugural 2005 Parliament of New South Wales Indigenous Art Prize for two shellworked depictions of the Sydney Harbour Bridge.

Timbery’s wall-mounted installation, Shellworked slippers, originally commissioned by curator Djon Mundine for the 2008 exhibition Ngadhu, Ngulili, Ngeaninyagu – A Personal History of Aboriginal Art in the Premier State, consists of 200 delicate children’s slippers ornamented with intricate shell designs and glitter. The mass aggregation of empty shoes is a poignant reminder of the suffering experienced by Aboriginal people due to the violent process of colonisation and subsequent government policies that have led to dispossession and disadvantage. Shellworked slippers, nevertheless, attests to the enduring strength and self-determination of the Bidjigal women of La Perouse.

Collection of the Museum of Contemporary Art Australia