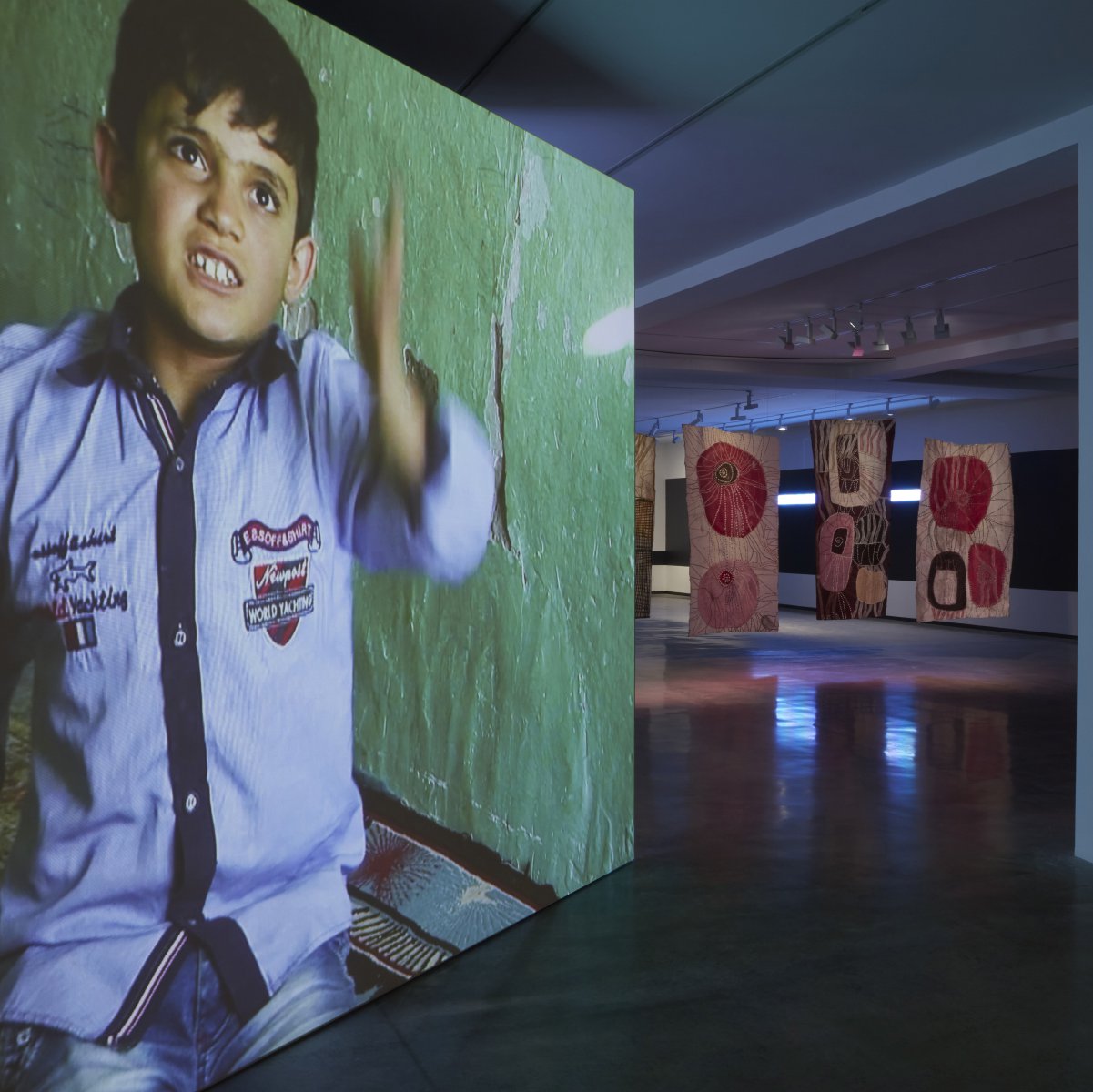 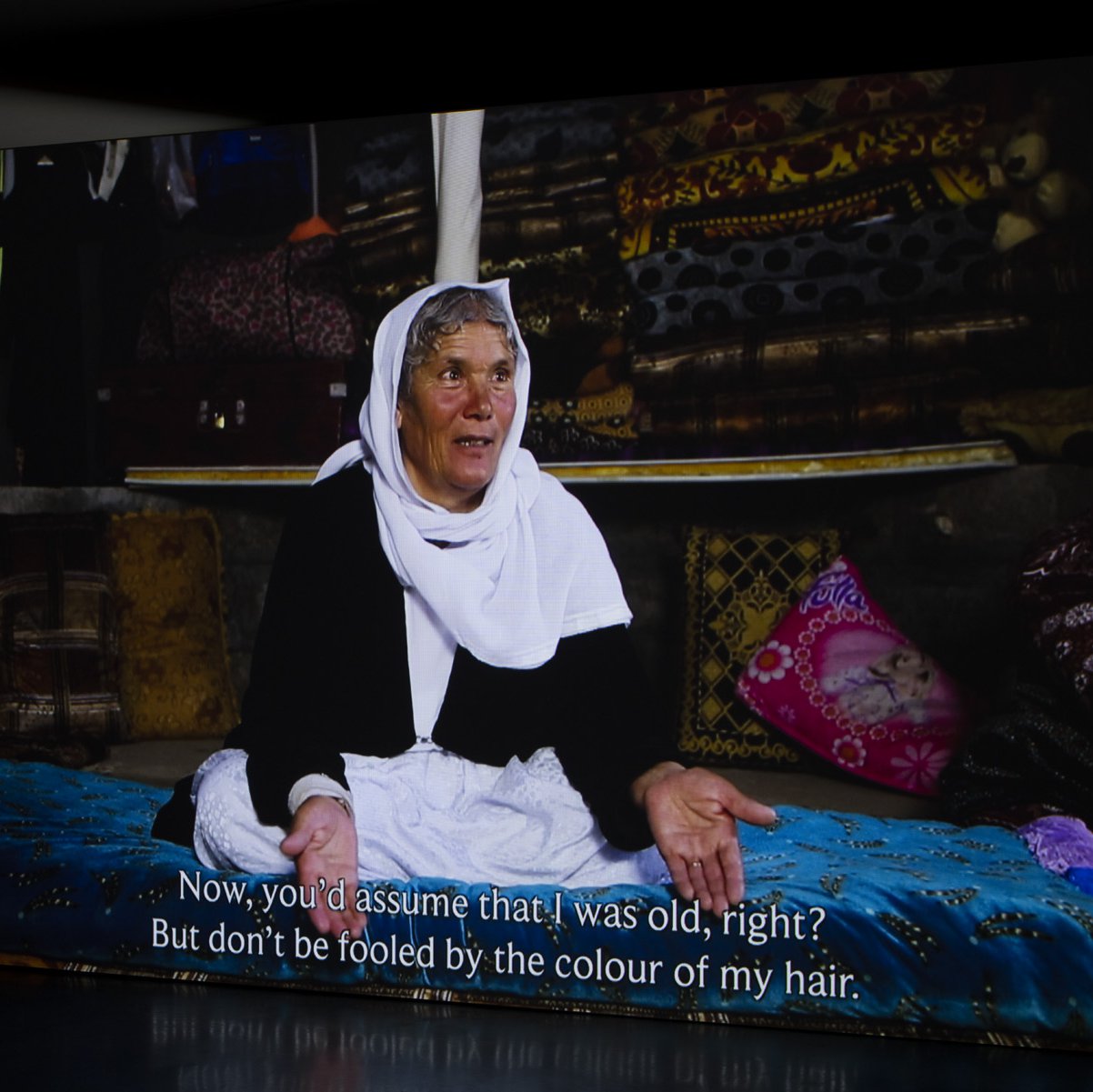 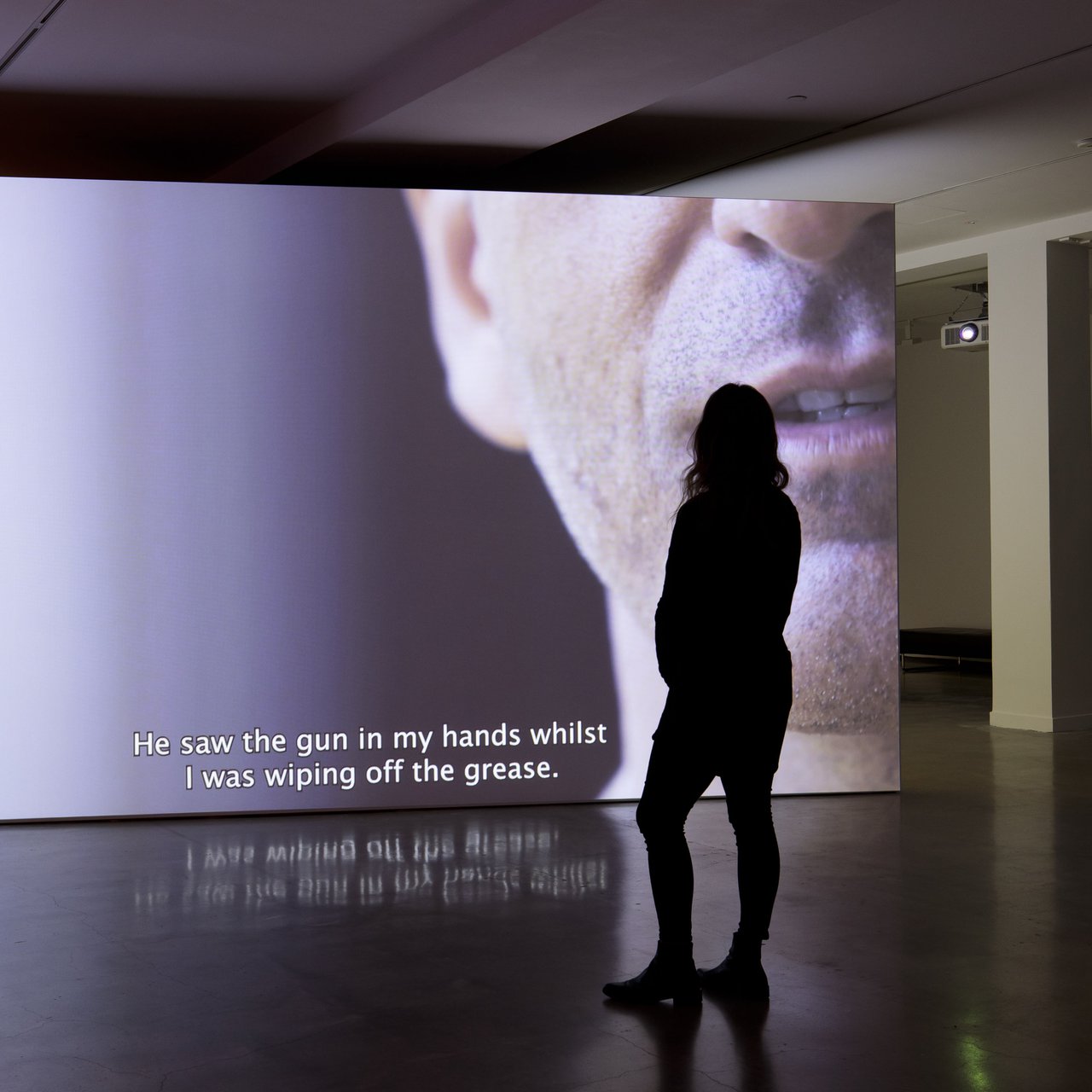 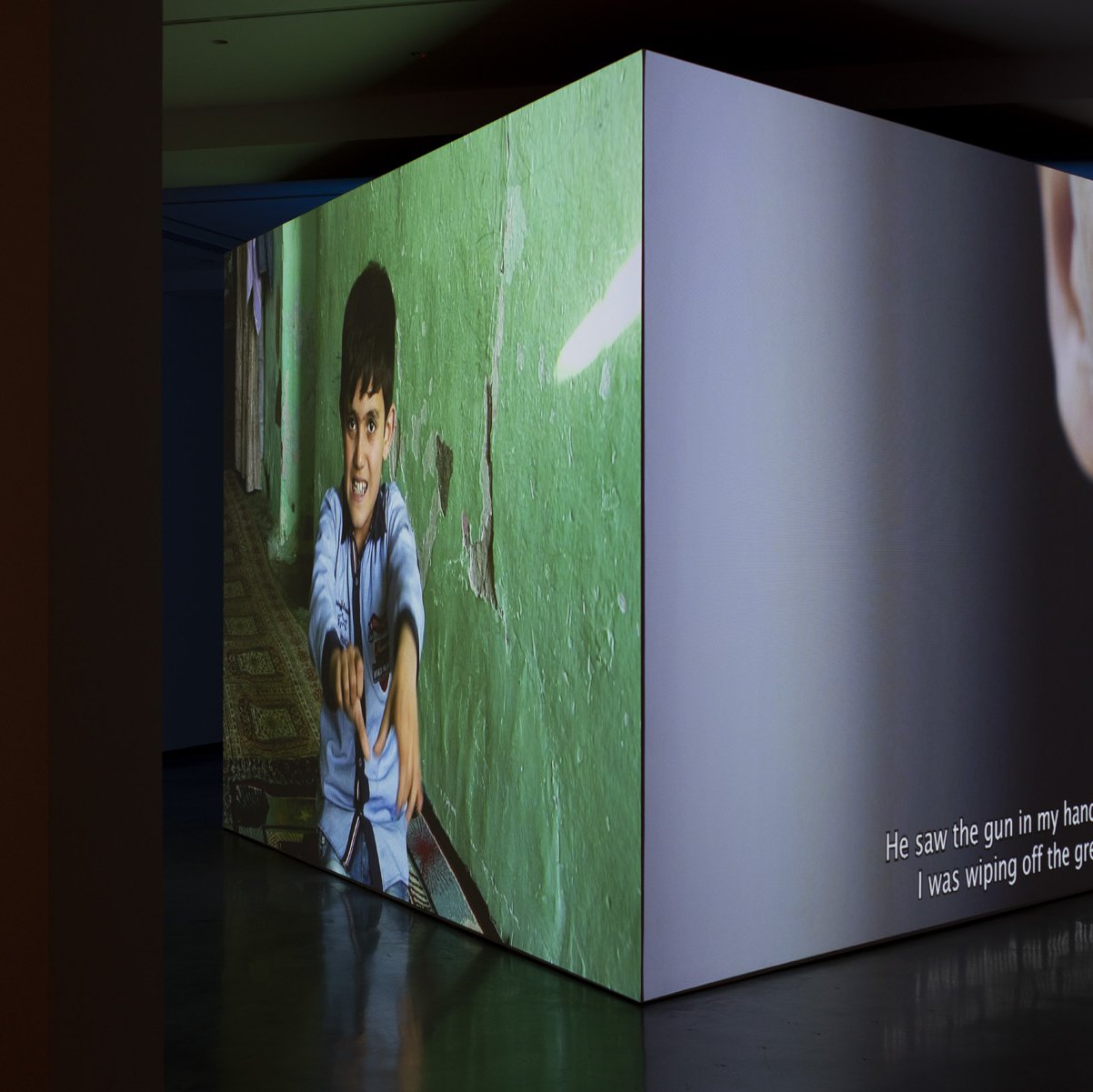 Born 1971 in Derik, Turkey
Lives and works in Diyarbakir, Turkey

"I want to share experiences of the violence of war with everyone. I want people to know what war is. It’s not propaganda. It is not TV. It is not social media. It is reality. One part of the world is suffering huge tragedies and the other part doesn’t see or say anything. War is the immigrant. War is death. I want people to open their eyes!"

Erkan Özgen’s installation exposes first-hand the complex questions of how ‘we’ consume and learn about the intimacy of people and communities experiencing war, violence and trauma. In Wonderland, thirteen-year-old Mohammed, who is deaf and mute, uses his body to tell of his family’s escape from wartorn Syria. Purple Muslin takes us on a journey with a group of Yazidi women seeking refuge from ISIS in Northern Iraq. These women speak frankly of the confusion and deep loss experienced by their families, caught in a war that most did not know was occurring until it was upon them. In Aesthetics of Weapons, a man expresses the desire and tenderness he reserves for his gun. Özgen draws focus to individuals and objects, rather than showing images of violence and war. In the midst of a turbulent and global migration crisis that is redefining our political and social ecosystem, Özgen’s works give voice to a series of stories that are forgotten in the constant flow of information, or sometimes intentionally overshadowed. They are fragments that awaken feelings and fundamental questions.

In his work Erkan Özgen deals with the complex questions of war, violence and trauma. He invites the viewer to reflect beyond the boundaries of the political, within the private and human dimension. Witnessing becomes a way of understanding and a way of re-setting memory.