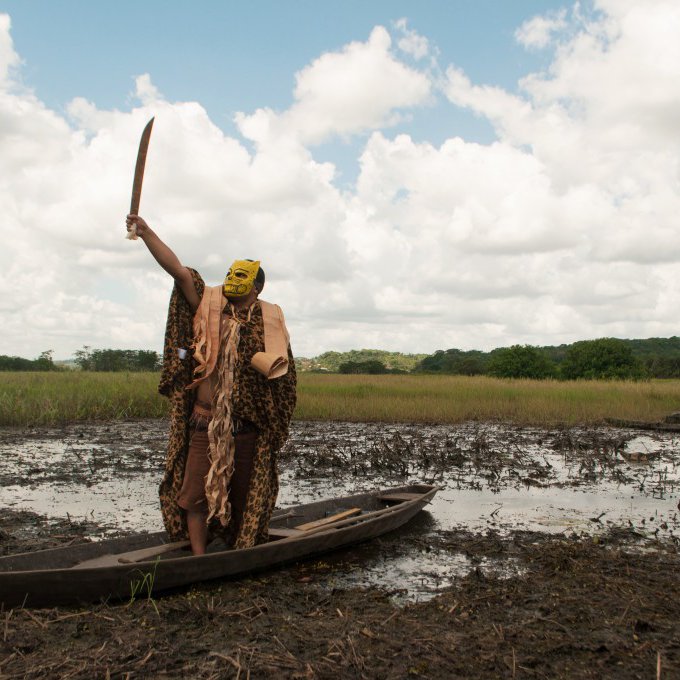 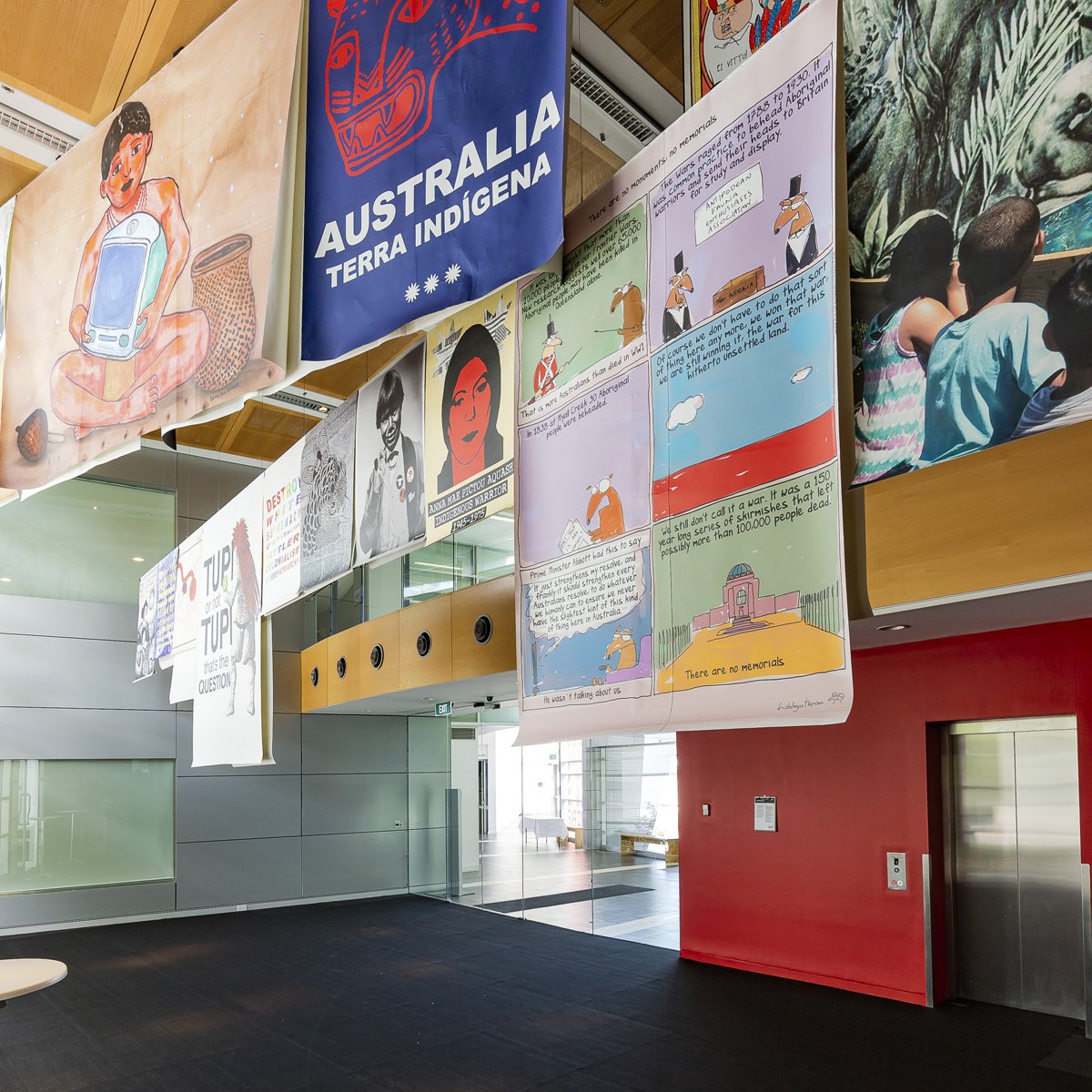 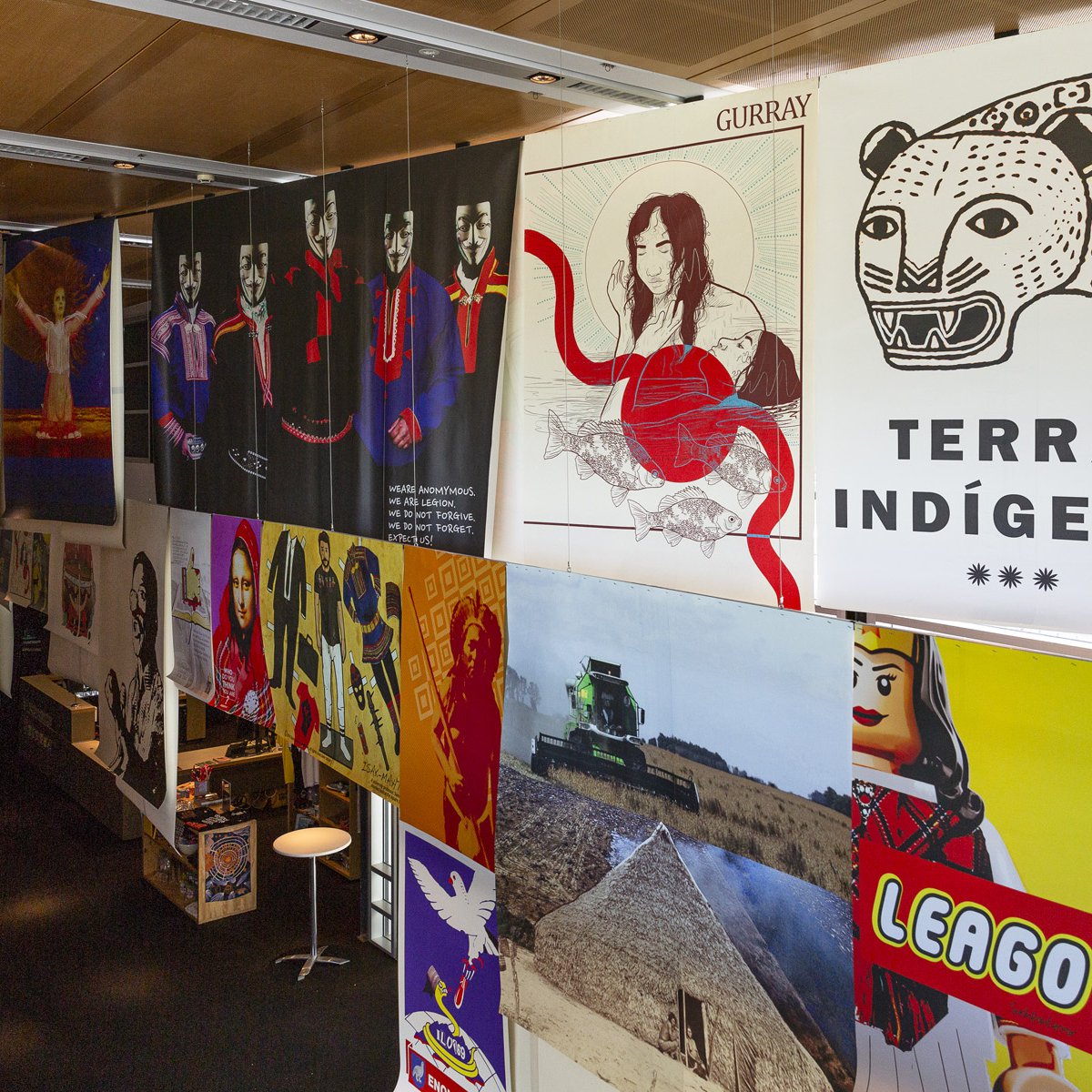 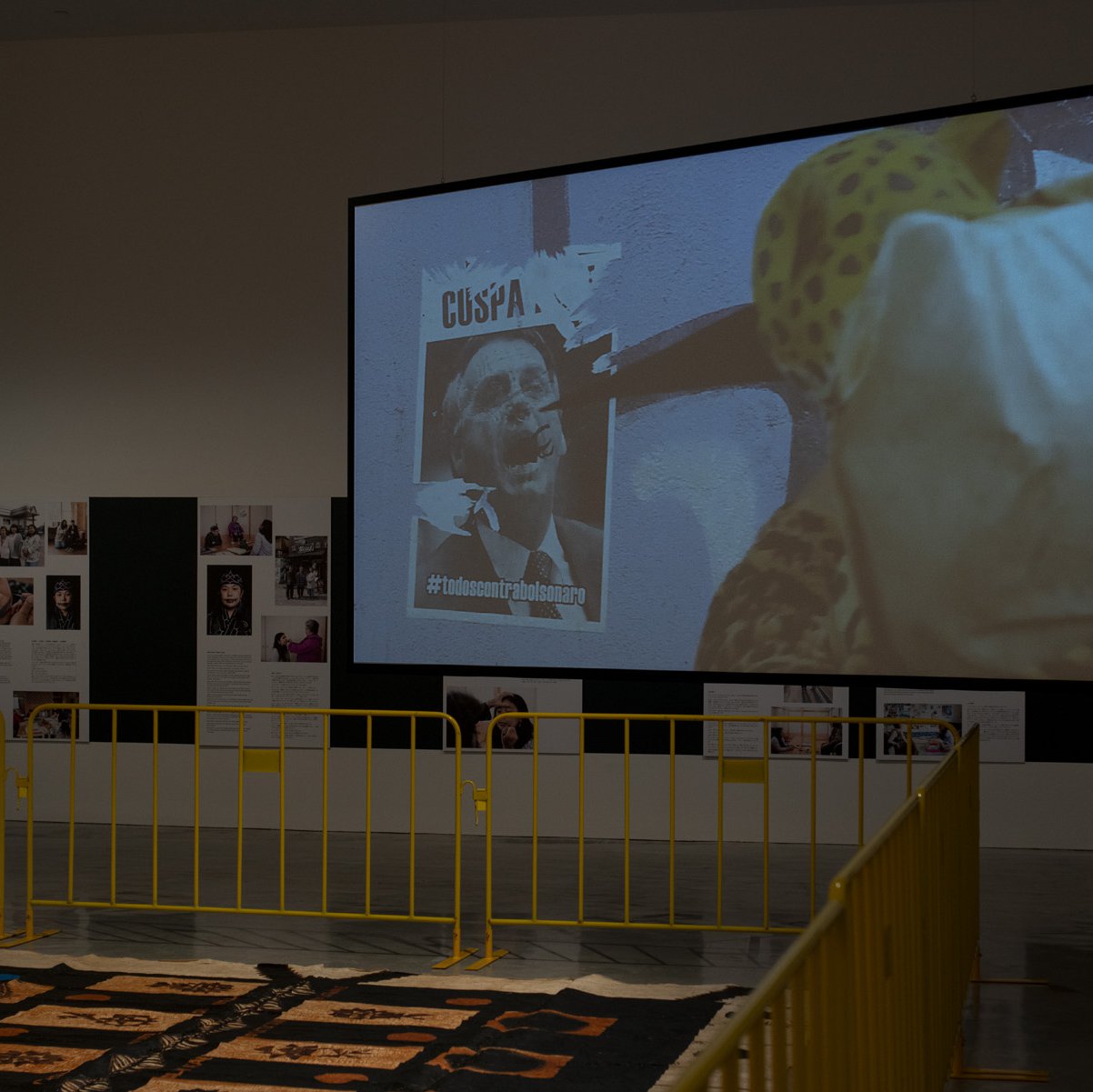 "Part of Indigenous knowledge is the use of elements and substances that connect humans with the universe, forming bridges between this world of humans and others. Worlds of animals, plants, the invisible – this world is accessed by the Pajé Onça. The Baniwa people call the shaman Maliri. The strongest and most knowledgeable shaman is called the Pajé Jaguar or Pajé Onça. With his powers, he can walk the universe and worlds, bringing healing and knowledge to be shared with the community. My job in bringing Pajé Onça’s performance to the places I pass through is to rescue Indigenous memory and Maliri’s presence, bringing them to these sites. We need to hear what he has to say."

Performance Pajé-Onça caçando na Avenida Paulista and Perfomance Pajé-Onça Hackeando a 33ª Bienal de Artes de São Paulo document Denilson Baniwa’s performative and ceremonial protest challenging the lack of First Nations artists in the São Paulo Biennale – Baniwa was not an official artist in the exhibition. The character he inhabits, named Pajé-Onça, surveys the physical and spiritual spaces of the exhibition, ritually assessing the lack of First Nations participation in these international exhibitions. It is a First Nations artist who must culturally ‘invade’ institutional space in order to make a point about this glaring lack of visibility – note the suspicion of security guards and the public who watch on. In ripping up a book titled A Brief History of Art with his hands – the Mona Lisa on its front cover and devoid of any First Nations inclusion – the artist enacts a ritualistic killing of an institutional system in which First Nations voices and points of view are erased through conscious exhibition and publishing activities.

At Campbelltown Arts Centre, a poster display in the foyer presented works by Denilson Baniwa alongside those by Charlotte Allingham, Demian DinéYazhi´ and R.I.S.E.: Radical Indigenous Survivance & Empowerment, Suohpanterror and First Dog on the Moon. They were presented in dialogue with each other, reflecting a vast range of dynamic graphic activism and cultural practices from around the world. These colourful interventions of criss-cross appropriation through humour and serious play offer alternative ways to view the worlds we inhabit, or reflect on real events affecting side-lined communities in ways that don’t frame them as victims. Some of these posters / slogan artworks also appeared on bus shelters around Campbelltown and in the published NIRIN artist book NIRIN NGAAY.

Denilson Baniwa was born in Rio Negro, Amazonas in Brazil. His career as an artist was shaped early in childhood, informed by the cultural references of his people. In his youth, he began his career in the struggle for the rights of Indigenous peoples, and moved through the non-Indigenous universe, seizing references that would strengthen the stage of his resistance. Baniwa is an anthropophagous artist – an artistic movement in Brazil that preceded Modernism, and which sought to transform colonial logic through Brazilian Indigenous cosmogony – as he appropriates Western languages to decolonise them in his work. The artist is known for breaking paradigms and opening ways for Indigenous people in national territories to be protagonists.

Presented at the 22nd Biennale of Sydney with generous support from Open Society Foundations, and assistance from NIRIN 500 patrons
Courtesy the artist